People can sometimes be fogy and turn down the tendency to change pretty quickly. Adapting to changing patterns can be genuinely very difficult for them but this sometimes can get very annoying for others especially for individuals who are up for providing support at different platforms.

Below is an example of a similar encounter. The lady, who seems to have been not a big fan of this ever-evolving tech era and doesn’t seem to understand it that well either, sets out to seek some technical support. Poor Lad sitting at the other side for providing tech support services goes through a lot while trying to fix her problem.

He not only went through temper outbursts but also the agony of trying to solve a problem that doesn’t even exist! The only problem she keeps on repeating is that she wants the older outlook of her computer back and that she had never seen the desktop window before – which took the tech-support as well as us by surprise.

1. Why does my computer has a desktop? 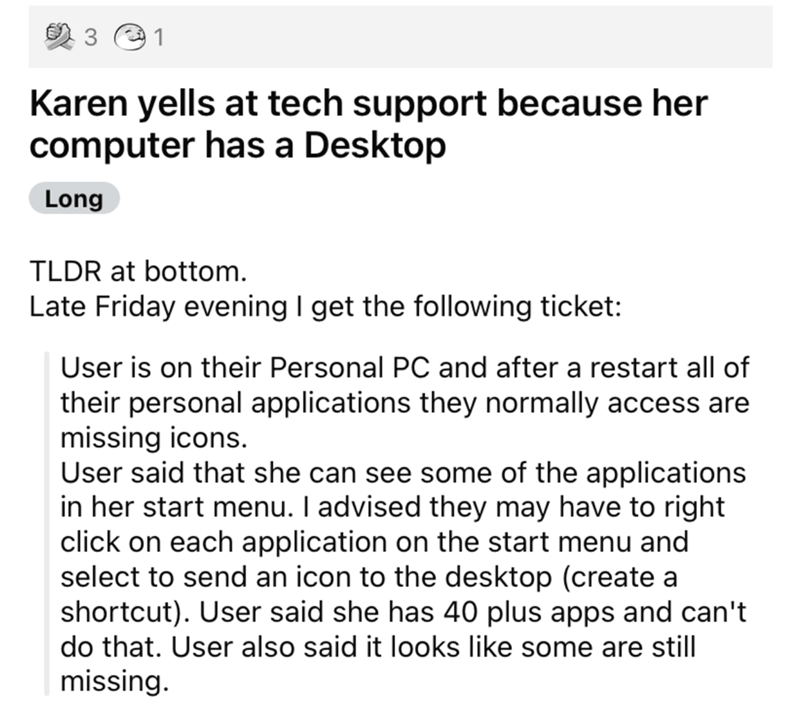 That’s a detailed description of the problem though

2. Jumping into the deep end 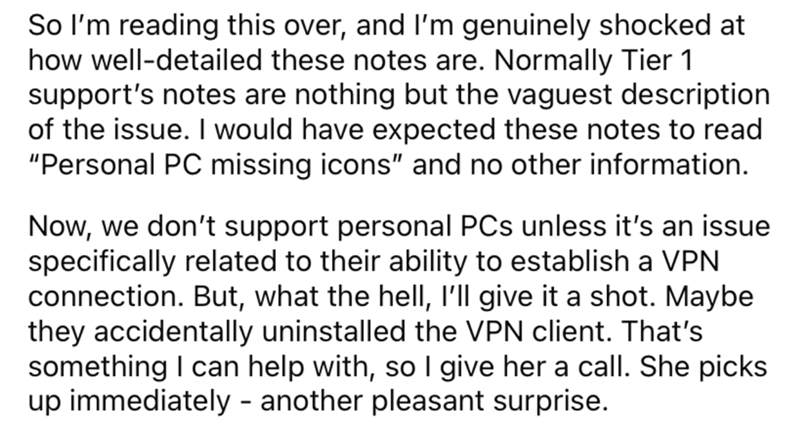 3.  Karen doesn’t want her computer to have a desktop window 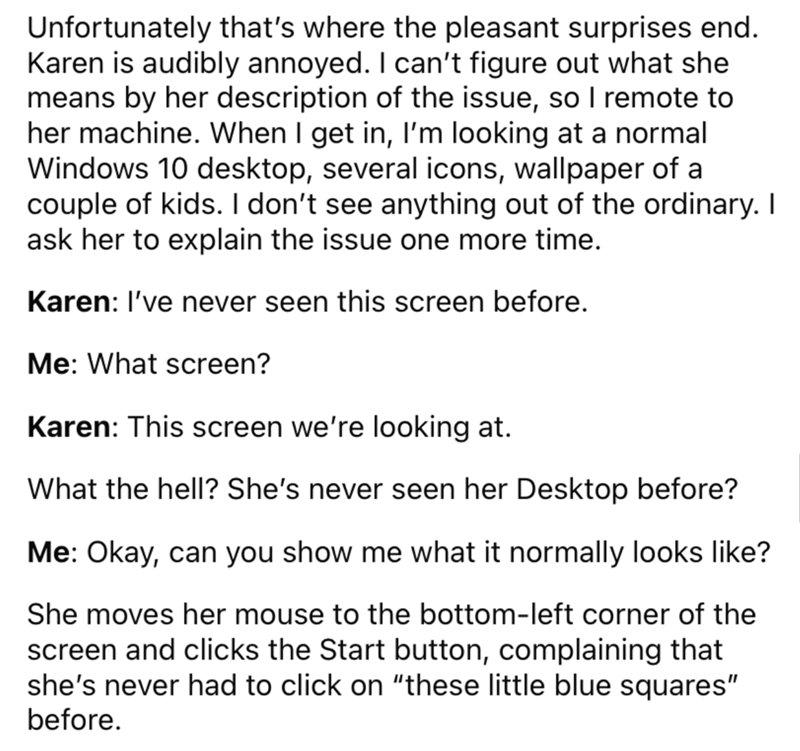 How on earth can somebody have not seen the desktop window before? A computer is literally born with it…

4. Here’s where it all went wrong, THE UPDATE! 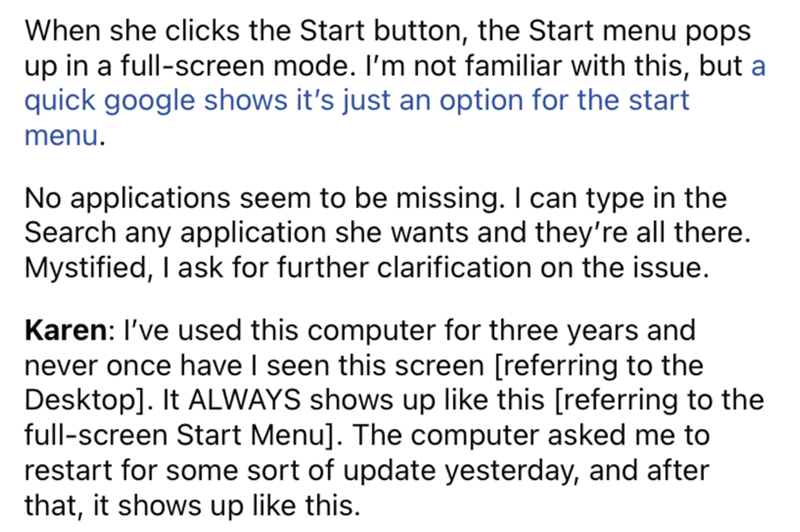 Karen isn’t happy with the update 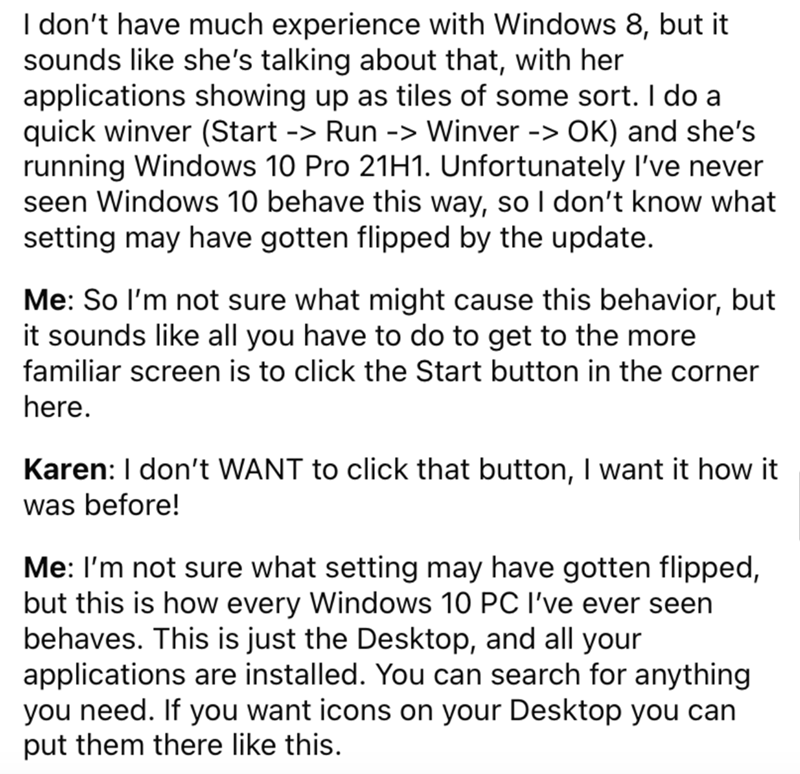 Boy oh boy, I wish she could understand that the machine is supposed to be running the way it is programmed not the way you want it to be. Does she know what are ‘SETTINGS’ 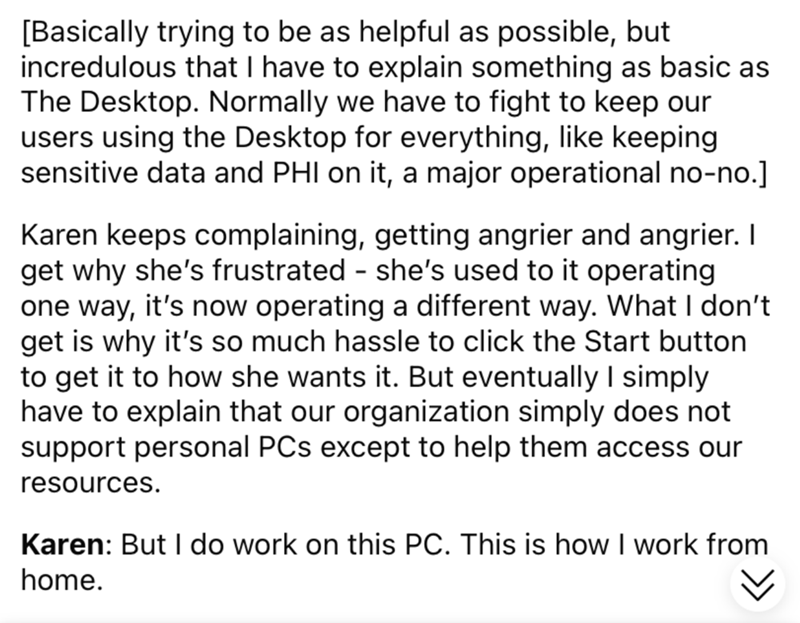 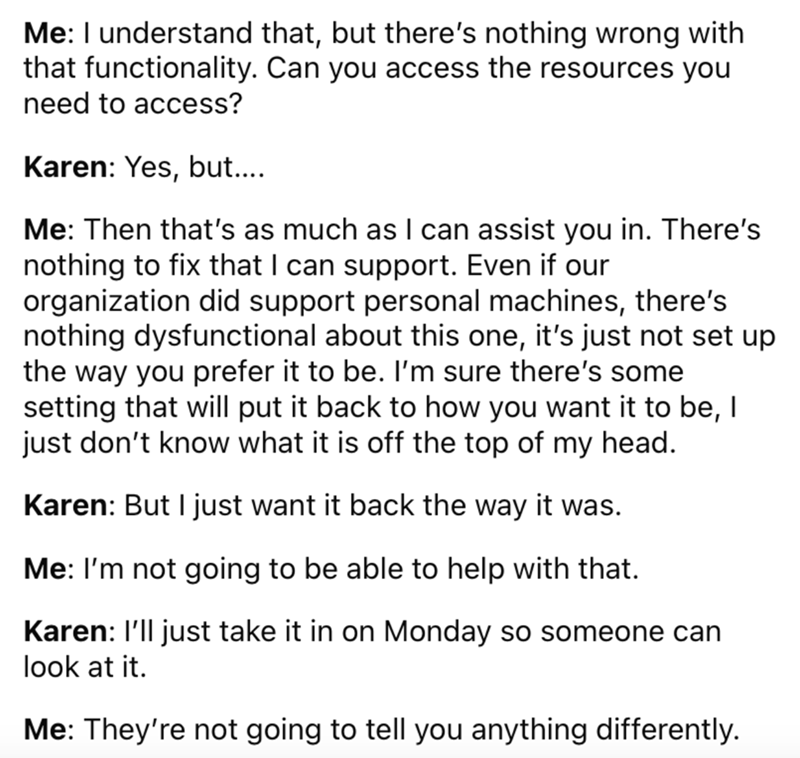 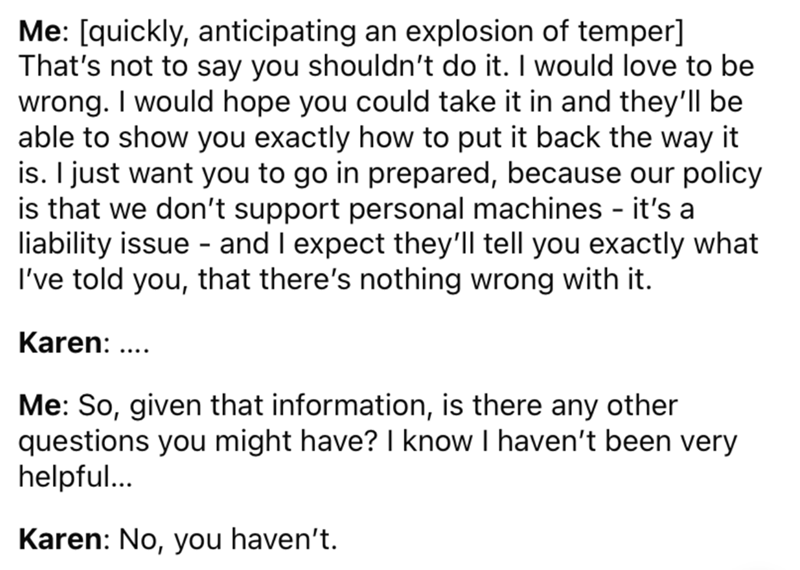 There seems to be no major issue just the problem that grandma isn’t really content with the change the update has brought, that’s just how the olden and golden people are. 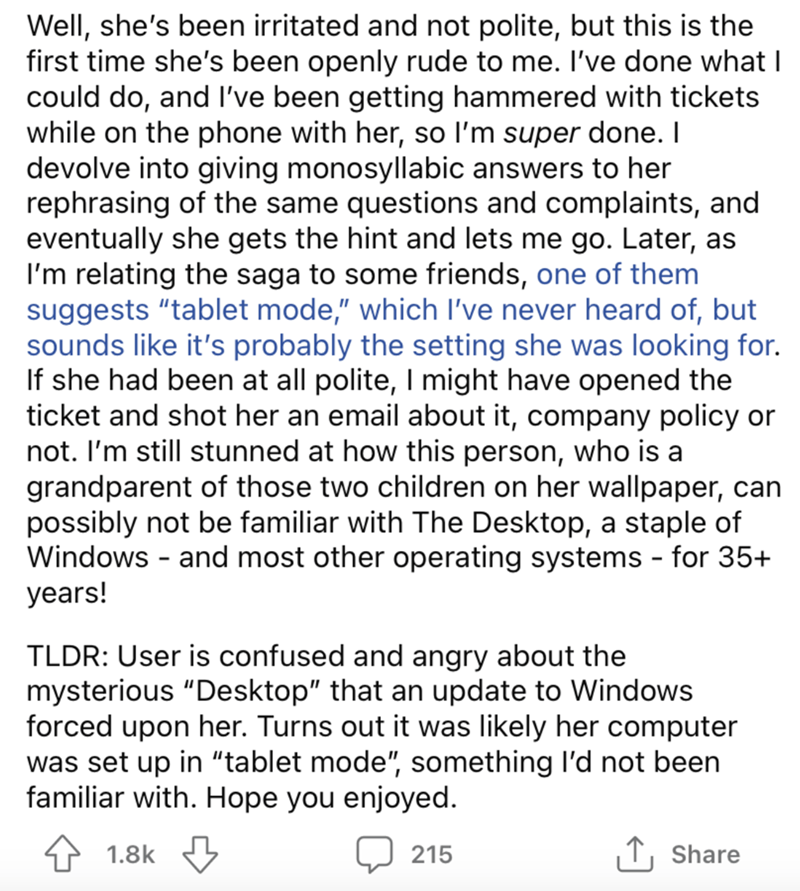 Not your fault after all…

P.S I didn’t know about that mode either *giggles*

The poor boy had to deal with an outburst which doesn’t really make much sense. Well, we’ll suggest you write her that email telling her to please make sure to ask her grandchildren if they’ve ever seen the desktop window and I am sure, rest they’ll convince her themself. This might seem a little frustrating but it’s pretty adorable how older people seem to be failing at technology just because they don’t seem to have been agreeing to how something works!

A similar incident took place at my home a month ago too. My grandma just simply refuses to give up her old phone because of the pictures of different stuff she had taken, on the phone over time. We assured her that they’ll be transferred to the new phone but she is stubborn about the fact moving those pictures to the new phone would renew the pictures too and that they wouldn’t stay a memory anymore. It might not make sense to most of us but how would we not agree to them if it made any sense at all?

Make sure to share your major tech-fail incidents with us, we’ll love to laugh over them in the lonely hours sometime!