Some rules and regulations are set down by the authority bodies to make sure that everything is going according to plan and there are no mishaps waiting to happen. In fact, people themselves would never mind having sort of guidelines set beforehand in any institution as it provides a good basis on how to work around it. It gives an understanding as to what to expect from the opposite party and paves a path for us to follow. Keeping that in mind, some rules are extremely well set, from the discussions to finalizing the rule, it is defined to perfection allowing zero room for errors and loopholes for misinterpretation.

On the other hand of the spectrum comes the rules that are just straight-up bizarre. The authorities tend to get a bit too overzealous with keeping standards too high to be followed as it can sometimes become hard for people to cooperate with. This leaves room for way too many errors and tweaks that end up being terrible ideas with unintended consequences.

1. It was not meant to be a status symbol!

2. The breast cancer awareness gang is up and running in October.

3. Just let them have the lunch break!

4. Belts are mandatory to avoid accidents.

5. If only the teacher was a bit more specific.

6. Detention is the solution to everything, period.

7. We all just need a staircase to blame for being late to class.

8. Should we be thanking COVID or is that a curse in disguise?

9. The communication through zoom calls was quite an experience.

10. Was that a fixed rule or was that out of stubbornness?

11. The cost-benefit analysis was just not done right.

12. Once someone up in the hierarchy messes up, the rule drops, there and then.

14. The realization hits right after a major loss.

15. Losing the ID card was a legit reason to skip school.

It is rather funny too at the same time to see how the rules or policies being planned out are so precise and often times vague. The consequences are the opposite of what was initially expected to happen. With almost all the personal stories shared by everyone, it starts off as a rule formed with a very logical background which really quickly backfired due to it lacking either details, precision, directions. Here are a lot more in store to explain what I mean to convey:

17. That is straight-up savage or just a dumb rule?

18. Not all the signs hold the same meaning, do they?

19. He would have just wanted to change his residence after all this.

20. The intensity of the potential break-in, went down the drain real quick.

21. If she couldn’t run away with the money, the robber surely can!

22. The clock surely caused a lot of issues.

23. All the students just need an excuse to skip classes.

25. It went from saying yes to saying no within three months.

26. Who would not work to get paid overtime?

28. When you fall because of your own mistake.

29. He just wanted to become a scam entrepreneur.

30. This is the perfect story to end the article.

Needless to say, the administration, the HR, the principles, directors, and many more tried to set in some form of obligations to get things in order. The funny part about it is how the consequences quickly lead to the abolishment of the rule. I am sure such funny scenarios might have happened in your life at least once! Feel free to use the comments section below. 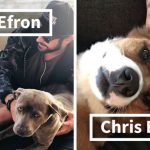