Karens are the absolute worst.

No offence to any nice ladies with that name. This is just a joke. If you aren’t aware of the Karen stereotype and have been living under a rock, let me enlighten you. Karen is a middle-aged white lady with an angled bob haircut wearing a tracksuit. She would ask to see the manager at any little inconvenience and thinks it is against the law for people to have fun and enjoy their lives. Karens love ruining exciting plans for people and feed off of their misery. If you have never experienced a Karen in your life, consider yourself lucky. Dealing with them is like trying to defeat the final boss in a video game and, that too, on nightmare mode.

High school senior traditions are very important to students. It is something they look forward to during their whole academic experience. Reaching that point is itself an accomplishment and contributes to the memories that you have of your high school. This person on Reddit shared the story of their classmates that almost had their high school senior tradition ruined by a Karen teacher. However, they found a way to over smart her. Scroll down below to read the whole story of malicious compliance:

The AP Calculus teacher would invite students to his Breakfast Club if they brought their college acceptance letter. He would take them to the local IHOP and allow them to skip the final math exam. 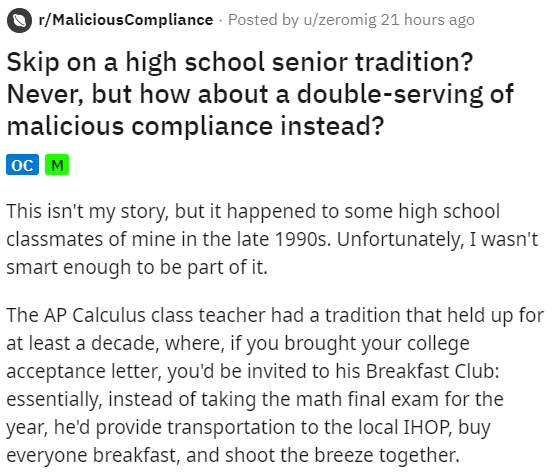 However, a Karen teacher complained to the school’s vice-principal saying that The Breakfast Club was unfair. So, the vice principal made every student stay in school to take the final exam and if they didn’t, they would face in-school suspension. 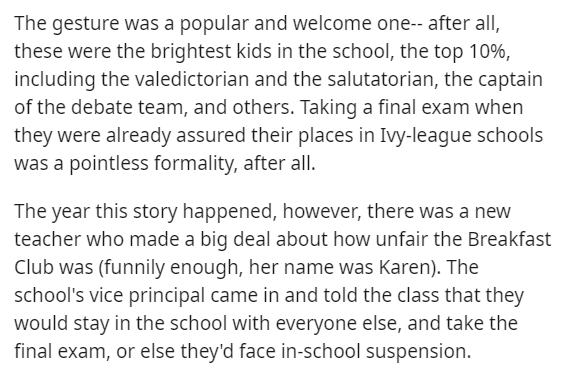 So, the AP Calculus teacher found his way around that. He only included one question on the final exam, and that was “What’s your name?”

Later on, the Karen teacher complained again about this entire plan to the vice-principal, and all the students received in-school suspension tickets. But to their surprise, their AP Calculus teacher was the monitor, and he brought bags of goodies for the students to enjoy! 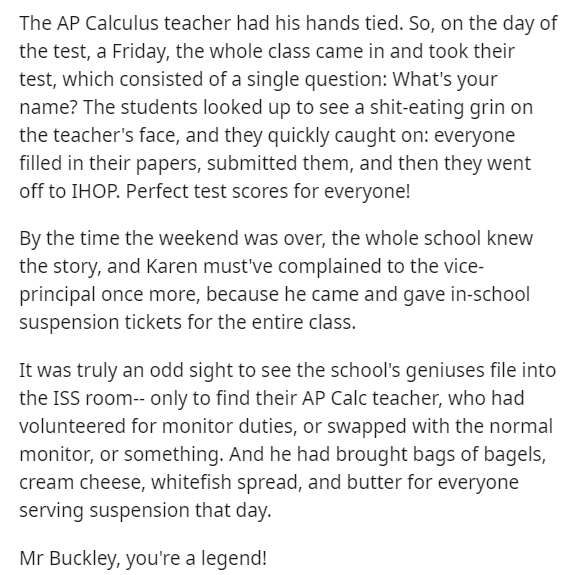 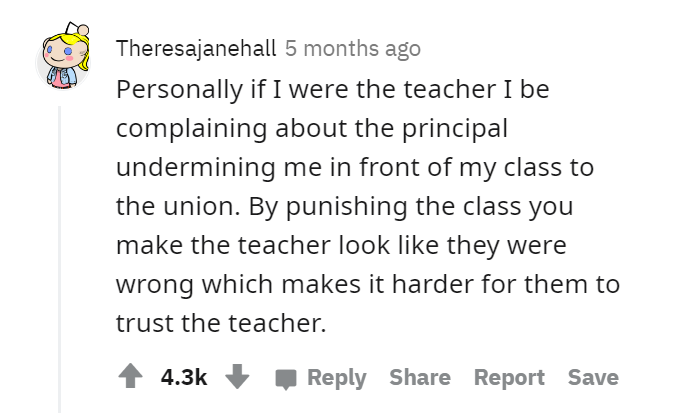 The narrator of the story is now a teacher as well. 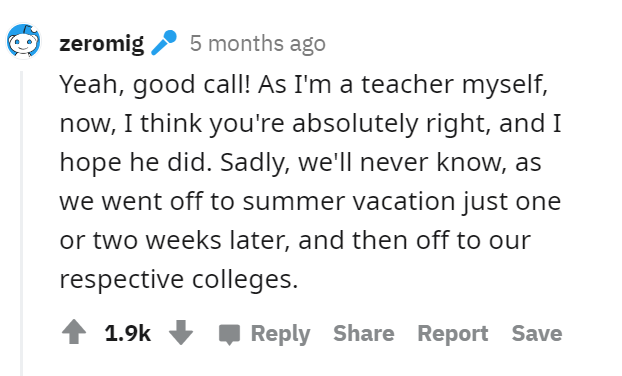 If you have taken AP, you would know.

The person gave an explanation for why the vice-principal suspended students for something the teacher did. 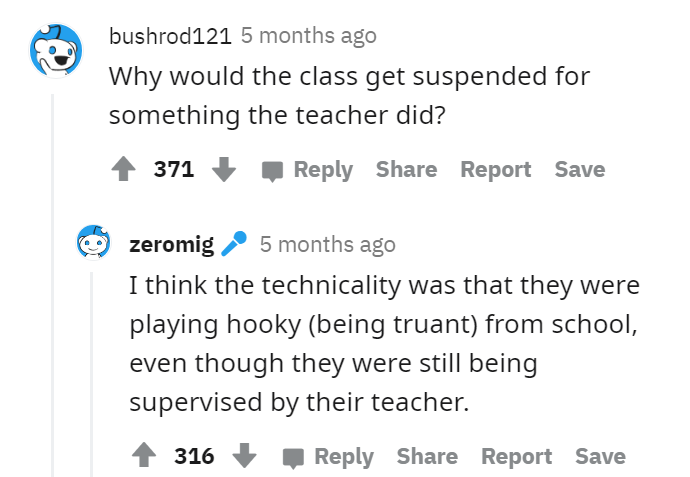 Every school follows its own system.

What a great teacher to bring such delicious goodies for his students. 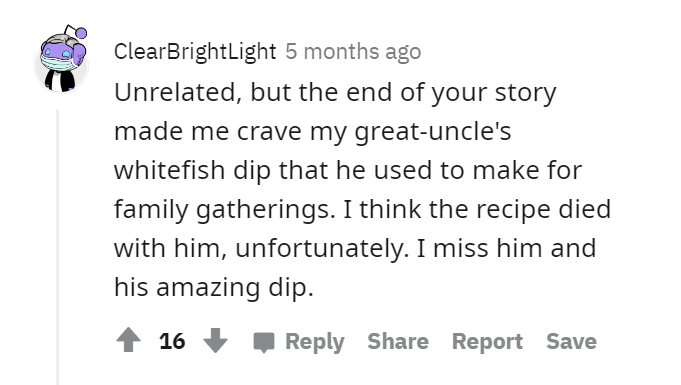 There were suggestions for what the test should have included. 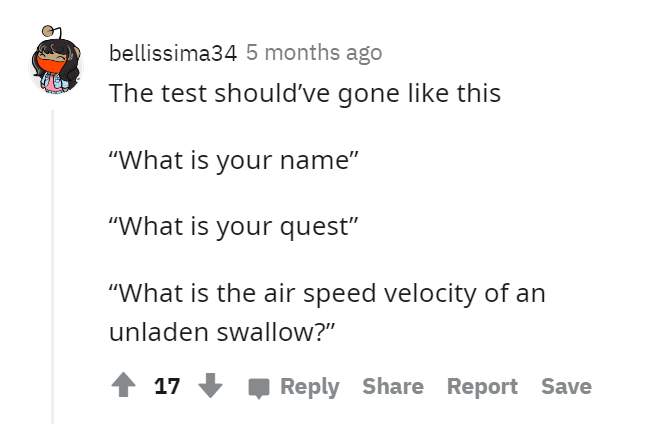 What do you think about this story? Share your opinions with us in the comments below.