Dogs have the right to defend themselves.

Dogs have always gotten a bad name for sometimes hurting kids. And then they either get euthanized or kicked out of their homes. Not only that but many bigger species get called ‘aggressive’ because they somehow hurt a kid. However, what we don’t talk about is the fact what led the dog to do that. I am not saying violent behavior is okay for a dog to do but they are not humans hence they don’t think as we do.

They are creatures of action. And when a kid ‘hurts’ them in any way, they can’t just yell at them to stop. So the only thing they are able to do is to bite back or defend themselves. That is why it is always recommended that a parent be there when a kid is interacting with a pet. This can lessen the number of pets that get euthanized because of their apparently aggressive behavior. They definitely do not deserve this.

And the following Tumblr thread explains it perfectly.

It might seem funny to others but this is never okay. 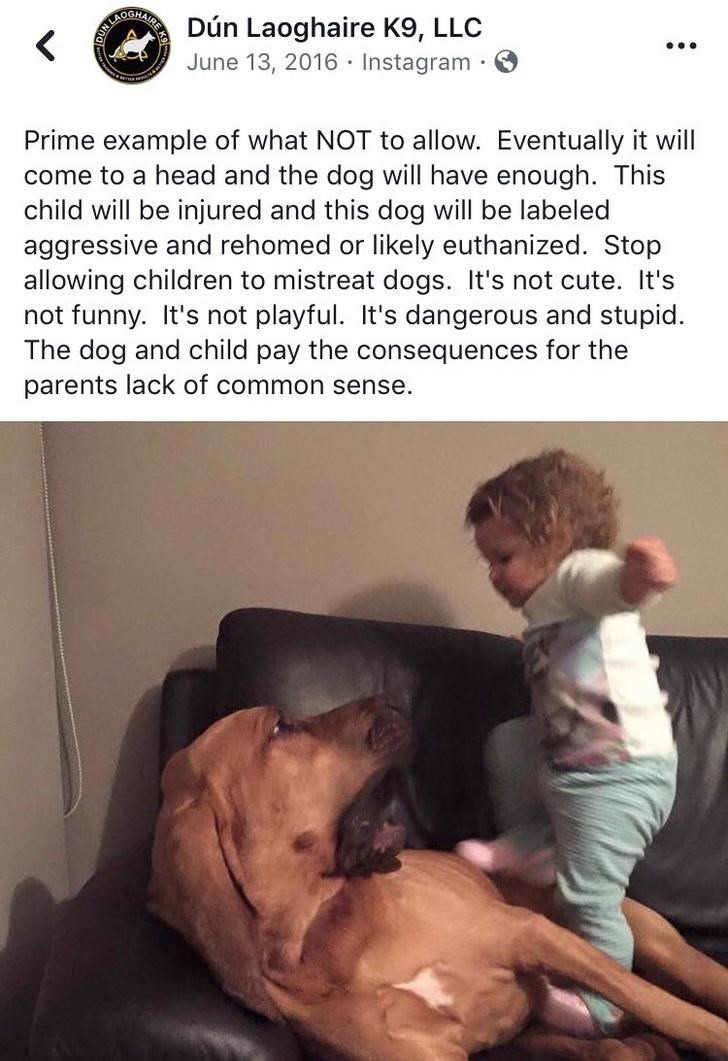 I thought it was just a general rule of thumb anyway to not let kids be unsupervised with pets. I mean, in the end, our pets are animals. –RoseBut

They don’t have the complex thought process that humans possess. 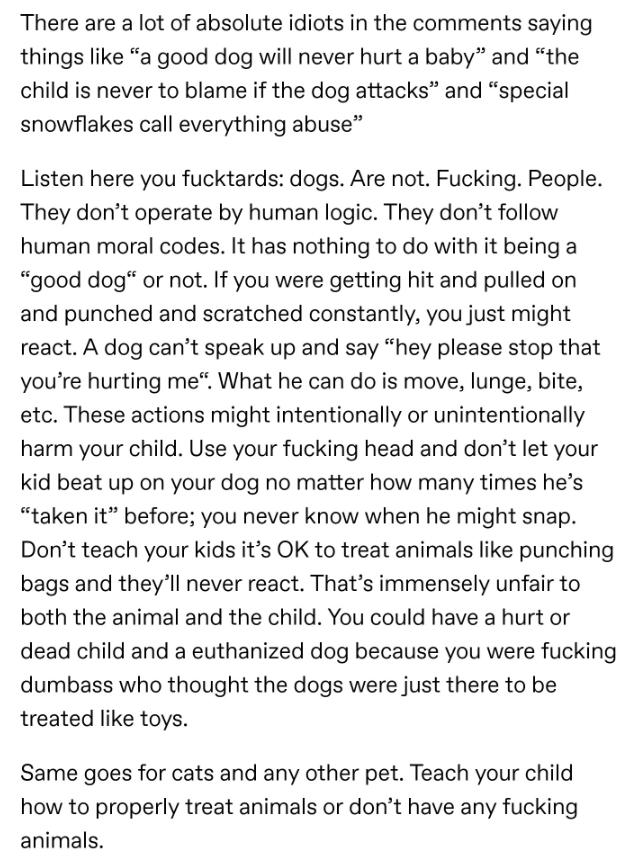 Mom told toddler me not to spook our dog when he slept, did it anyway. I have a scar on my face from the bite. I got in trouble, dog did not. –EspiKitsune

We can’t blame them for acting out when they get hurt. What else are they supposed to do? Just take it?

The teaching should be done on both sides. 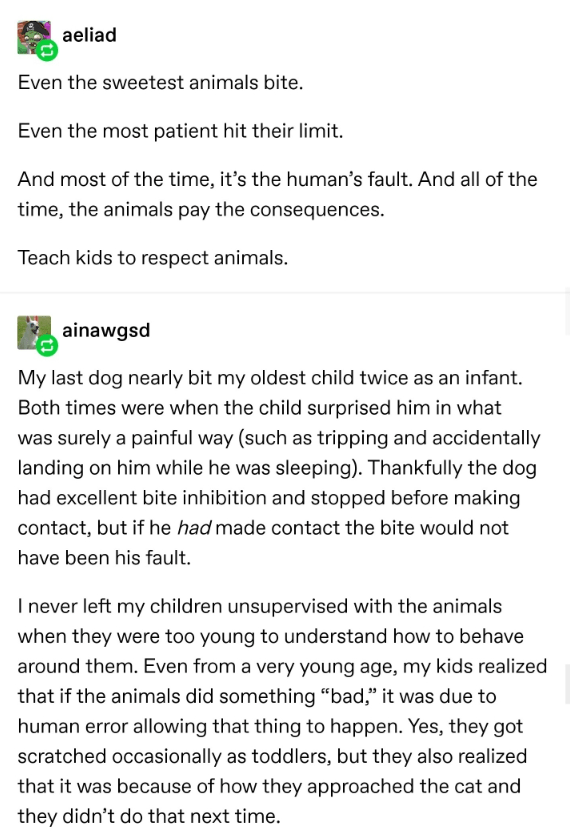 We adopted a 4 month old dachshund mix that was “not doing well” in her previous home. Went to meet the family and they walked in with the toddler hitting her the entire time they walked over. Dog was nipping at her in response and we could tell that’s why she was a goner.

She’s actually a perfect dog now and is the sweetest little nugget. As my boyfriend proclaims, they should have gotten rid of the kid instead. –FartSymphony

The pets aren’t the only ones that need to be trained on how to behave. 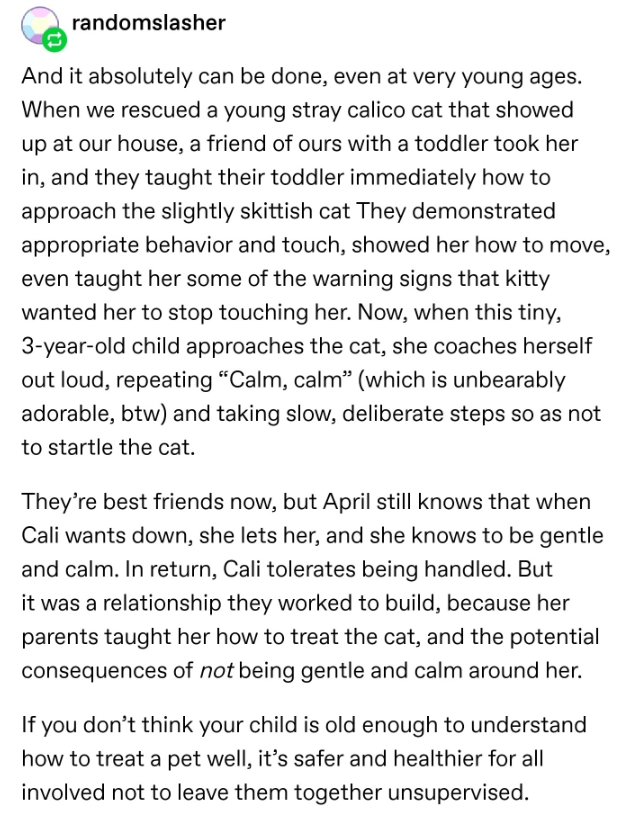 Do you leave your kid alone with a dog or do you always supervise? What are your thoughts on this issue? Comment down below and let us know.