Introverts are not as they seem.

Lots of people have misconceptions about what Intoverts are like and how they act. Most people think that they are rude people who do not like to talk to anyone. However, in reality, that couldn’t be more far from the truth. Introverts are not like that.

And I am not trying to generalize. After all,  there could be many introverts that act like complete jerks, but that shouldn’t be a stereotype. That is probably why Carl King wanted to explain what Intoverts were truly like. It turns out, all of us are different and unique in our own way.

And no, Introverts aren’t actually some mythical creatures that do not exist.  This is what he had to say about Intoverts:

The problem is that labeling someone as an Introvert is a very shallow assessment.

I’ve written a lot of stupid blogs on a whim, and never expected that 10 Myths About Introverts thing to be read by so many people. It was surreal to get emails from moms asking me for advice with their kids (I have no clue because I don’t have kids).

Then there was the backlash, with people saying it’s all B.S. It seems like a polarizing topic that everyone can argue about. I was only writing about my own experience and glad it helped some people who identified with it.

It felt like someone had written an encyclopedia entry on a rare race of people to which I belong. Not only had it explained many of my eccentricities, it helped me to redefine my entire life in a new and productive context.

It hit me very hard. It was important for me to read because I was under a lot of pressure at the time to be an extrovert, and just felt like something was wrong with me. It was easy to blame myself because all the people around me in Los Angeles wanted non-stop stimulation and partying, always going out, or always having people over. I felt like they were always thinking, ‘What’s wrong with Carl?’ The truth is, I love socializing. But when I’ve had enough, I should feel OK going home.

If the science behind the book is correct, it turns out that Introverts are people who are over-sensitive to Dopamine, so too much external stimulation overdoses and exhausts them. Conversely, Extroverts can’t get enough Dopamine, and they require Adrenaline for their brains to create it. Extroverts also have a shorter pathway and less blood-flow to the brain.

The messages of an Extrovert’s nervous system mostly bypass the Broca’s area in the frontal lobe, which is where a large portion of contemplation takes place.

What is this book that he is talking about? Well, It is named The Introvert Advantage: How to Thrive in an Extrovert World, which was written by Marti Laney, Psy.D.

So scroll on below and take a look at what he discovered. 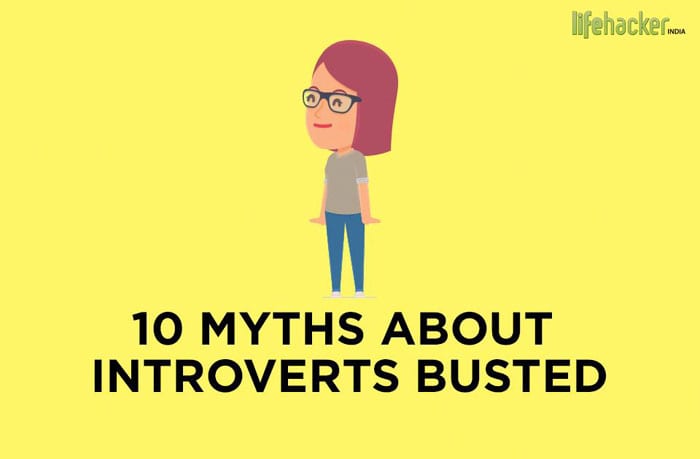 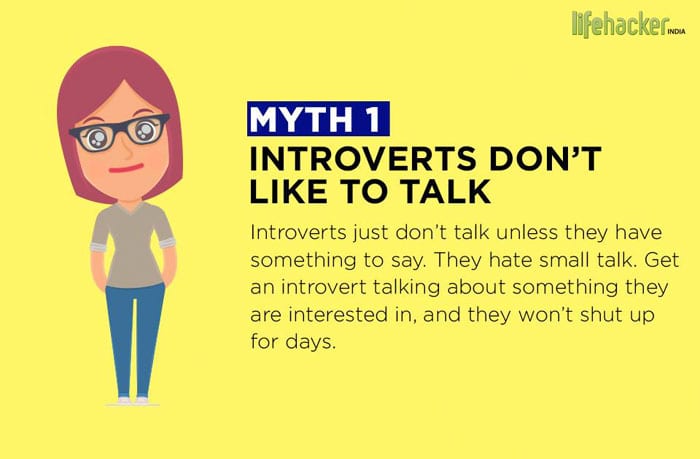 This is not true. Introverts just don’t talk unless they have something to say. They hate small talk. Get an introvert talking about something they are interested in, and they won’t shut up for days.

Shyness has nothing to do with being an Introvert. Introverts are not necessarily afraid of people. What they need is a reason to interact. They don’t interact for the sake of interacting. If you want to talk to an Introvert, just start talking. Don’t worry about being polite. 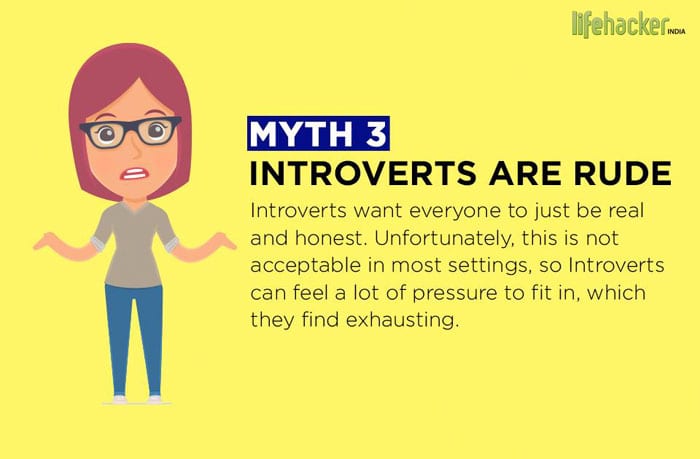 Introverts often don’t see a reason for beating around the bush with social pleasantries. They want everyone to just be real and honest. Unfortunately, this is not acceptable in most settings, so Introverts can feel a lot of pressure to fit in, which they find exhausting. 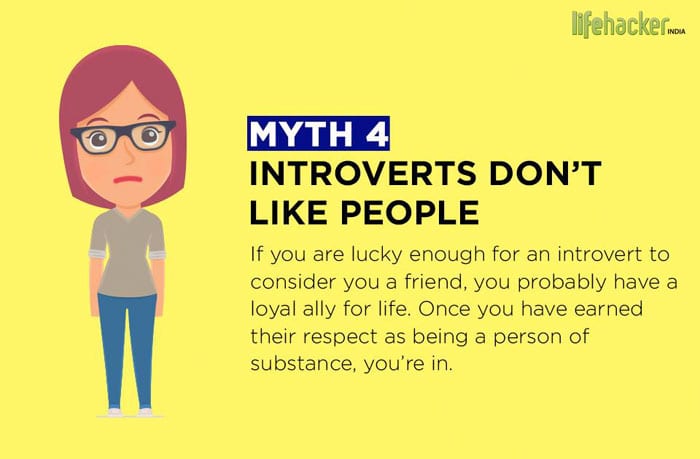 On the contrary, Introverts intensely value the few friends they have. They can count their close friends on one hand. If you are lucky enough for an introvert to consider you a friend, you probably have a loyal ally for life. Once you have earned their respect as being a person of substance, you’re in.

Myth #5 : Introverts don’t like to go out in public. 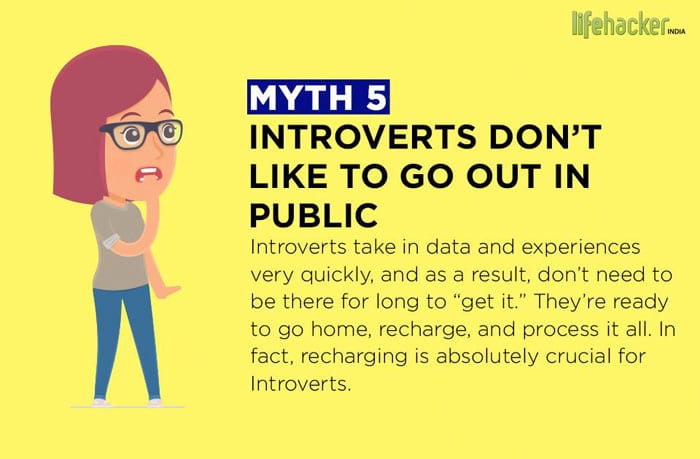 Nonsense. Introverts just don’t like to go out in public FOR AS LONG. They also like to avoid the complications that are involved in public activities. They take in data and experiences very quickly, and as a result, don’t need to be there for long to “get it.”

They’re ready to go home, recharge, and process it all. In fact, recharging is absolutely crucial for Introverts. 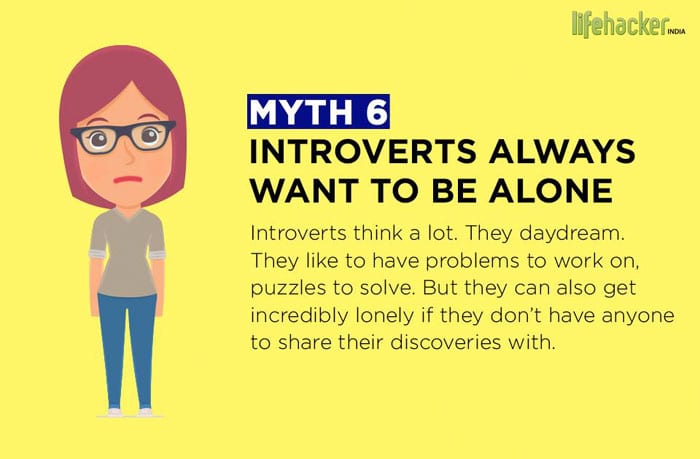 Introverts are perfectly comfortable with their own thoughts. They think a lot. They daydream. They like to have problems to work on, puzzles to solve. But they can also get incredibly lonely if they don’t have anyone to share their discoveries with. They crave an authentic and sincere connection with ONE PERSON at a time. 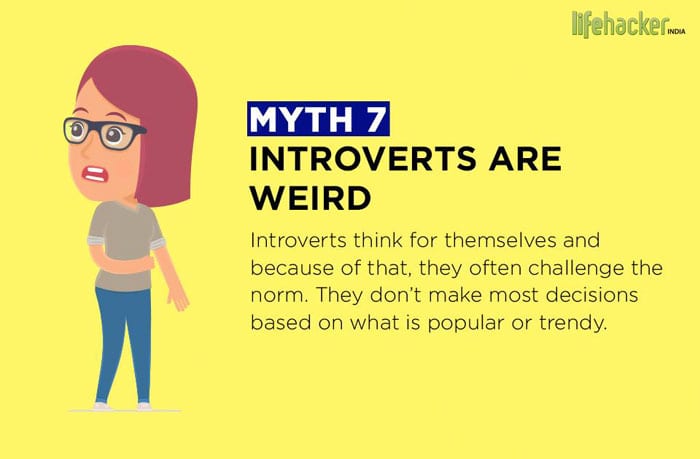 Introverts are often individualists. They don’t follow the crowd. They’d prefer to be valued for their novel ways of living. They think for themselves and because of that, they often challenge the norm. They don’t make most decisions based on what is popular or trendy. 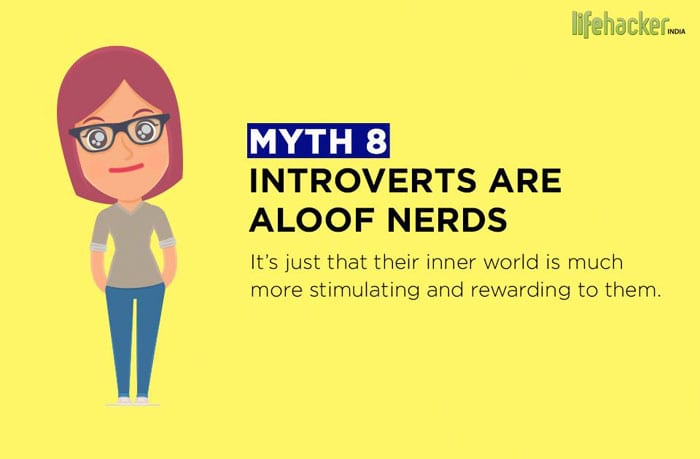 Introverts are people who primarily look inward, paying close attention to their thoughts and emotions. It’s not that they are incapable of paying attention to what is going on around them, it’s just that their inner world is much more stimulating and rewarding to them.

Myth #9 : Introverts don’t know how to relax and have fun. 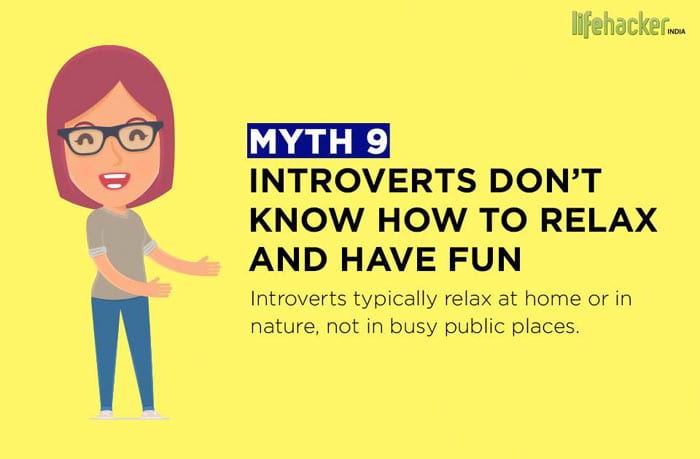 Introverts typically relax at home or in nature, not in busy public places. Introverts are not thrill seekers and adrenaline junkies. If there is too much talking and noise going on, they shut down.

Their brains are too sensitive to the neurotransmitter called Dopamine. Introverts and Extroverts have different dominant neuro-pathways. Just look it up.

Myth #10 : Introverts can fix themselves and become Extroverts. 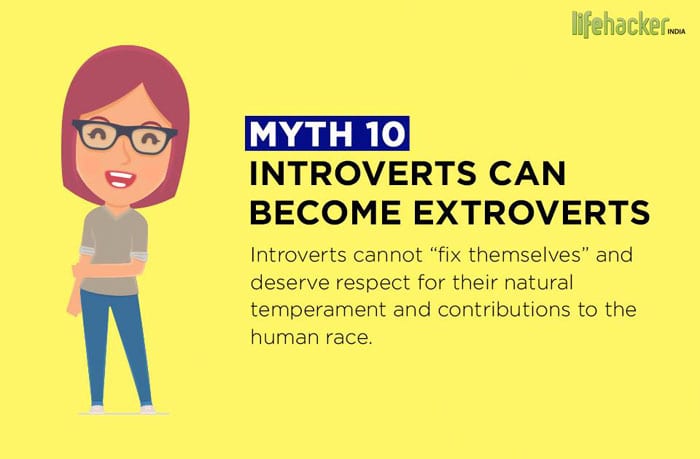 A world without Introverts would be a world with few scientists, musicians, artists, poets, filmmakers, doctors, mathematicians, writers, and philosophers.

That being said, there are still plenty of techniques an Extrovert can learn in order to interact with Introverts. (Yes, I reversed these two terms on purpose to show you how biased our society is.) Introverts cannot “fix themselves” and deserve respect for their natural temperament and contributions to the human race. In fact, one study (Silverman, 1986) showed that the percentage of Introverts increases with IQ.

People were split over the blog.

Some people loved it.

And were able to relate hardcore with it.

However, some people found the whole thing a bit jarring.

But at the end of the day, you can’t really please everyone now, can you? What are your thoughts on this whole list? Are you an intovert? If so, which one of these do you think hold true to you? Comment down below and let us know.