Not everyone gets nice neighbors.

I am sure we all have stories of rude neighbors and how they don’t let you sleep. From crazy people who party all night to the other spectrum of couples who love to fight, there is always something when it comes to neighbors. Is it really to much to ask for decent neighbors that respect boundaries and sleep at appropriate hours of the day? I suppose it is because the Internet is filled with such stories.

The following story is no surprise since we’ve all had to deal with neighbors who are too loud almost all of the time. From fighting to weird noises and yelling, they don’t even feel a bit of shame on being overheard by complete strangers. You might think I am exaggerating but the following story just proves this simple statement.

These sorts of neighbors deserve to be taught a lesson. 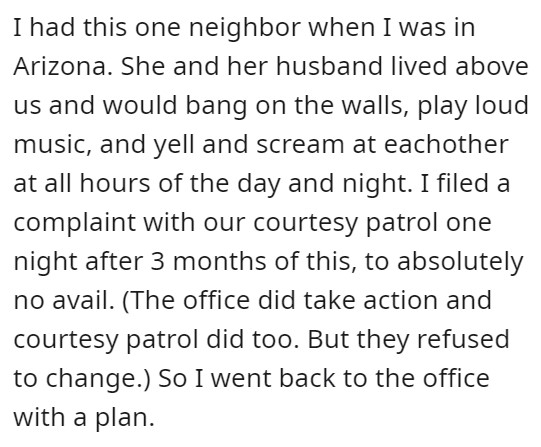 Well, they should have thought of this sooner before being loud all the time. 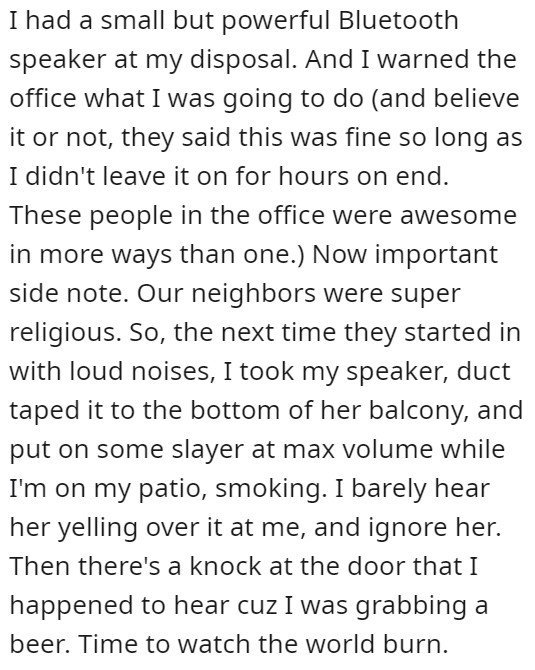 I mean he did only promise to change it. Didn’t say anything about turning it off. 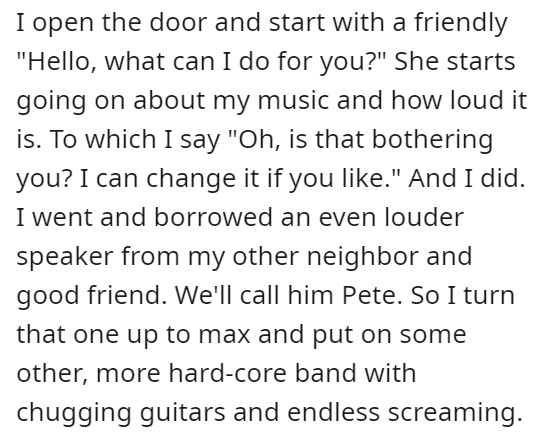 She honestly walked right into it. 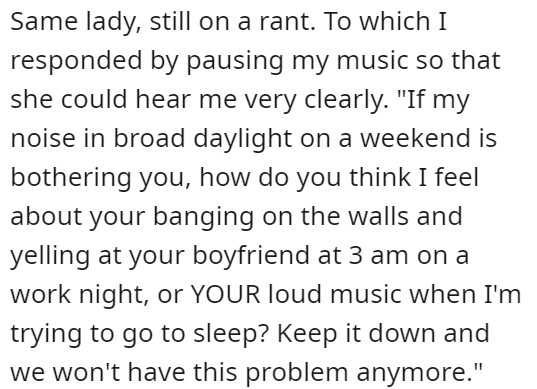 She should have expected that people would retaliate. 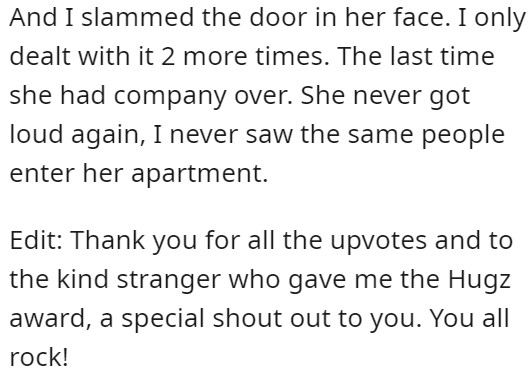 I had a roommate who was also a bassist. He had the biggest amp I have ever seen in my life. It was about 5 feet by five feet with four huge subwoofers in it. It would truly rattle the building.

We had a new neighbor that would play his music really loud at all hours. Roomy started playing his bass along with their music and would stop when they stopped or turned down the music. Only had to do that twice and they stopped with the loud music. –soonerpgh

That is one way for people to stop being loud. 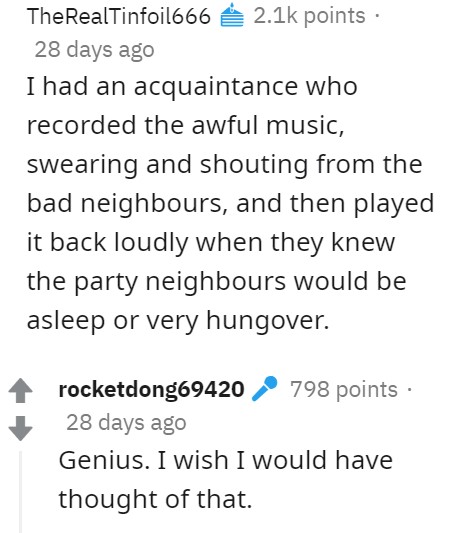 I mean at least it worked and the house got clean. So win-win? 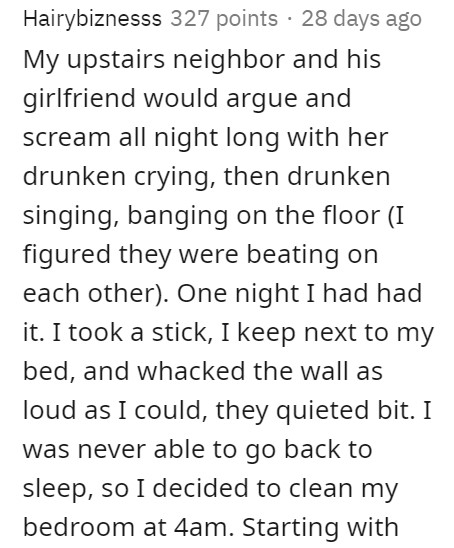 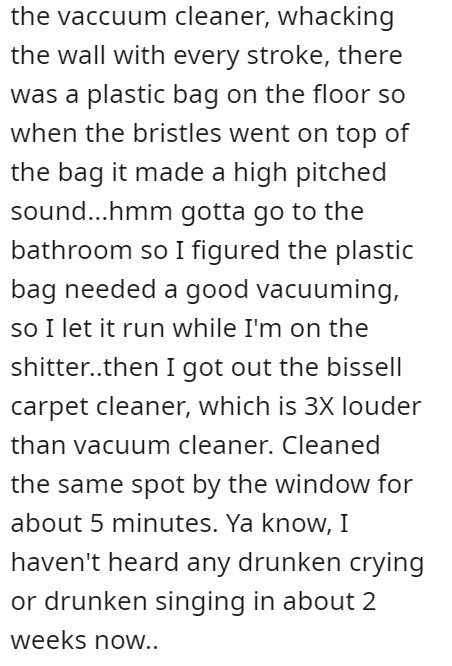 Honestly, I wouldn’t mind a bit of Mozart on the sea. 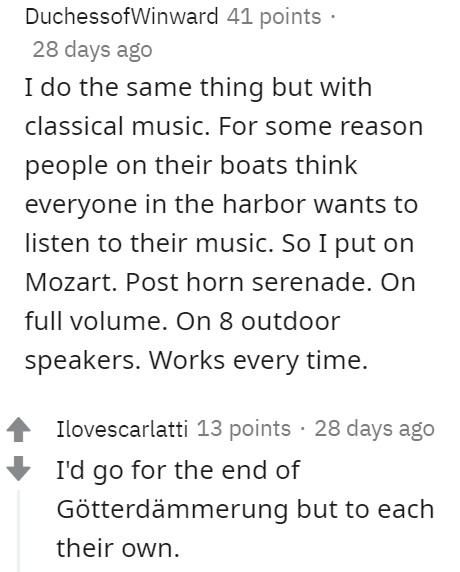 I think I’d probably move after that. 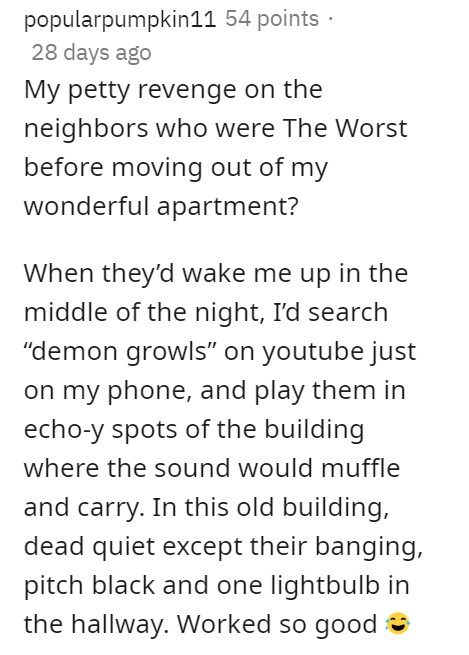 Have you ever had to deal with such neighbors? Comment down below and let us know.