Coming face to face with a Karen is the biggest fear of any employee.

I am sure by now, the entire world knows what a Karen is. But if you have missed out on the good stuff and memes, let me enlighten you. A Karen is a middle-aged white woman who demands to see the manager thinking he would satisfy her entitled demands. She has a short bob haircut and probably drives a mini-van. Do you get the picture in your head? Employees dread encountering her because Karens are known to be highly self-entitled and rude. Being mean to someone working in the service industry will get you nowhere. They are workers, not your personal slaves. Some people really need to stop treating employees so poorly. They are human too. It only takes a little bit of basic human decency to be nice to someone who is helping you out at a store or providing you something at a restaurant.

Male Karens exist too. We call them Kevins. And this guy on Reddit came across a Kevin while he was working as a manager at a local sub shop. Scroll down below to read the whole story:

The guy was only 19 when he worked as a supervisor/manager at a local sub shop. 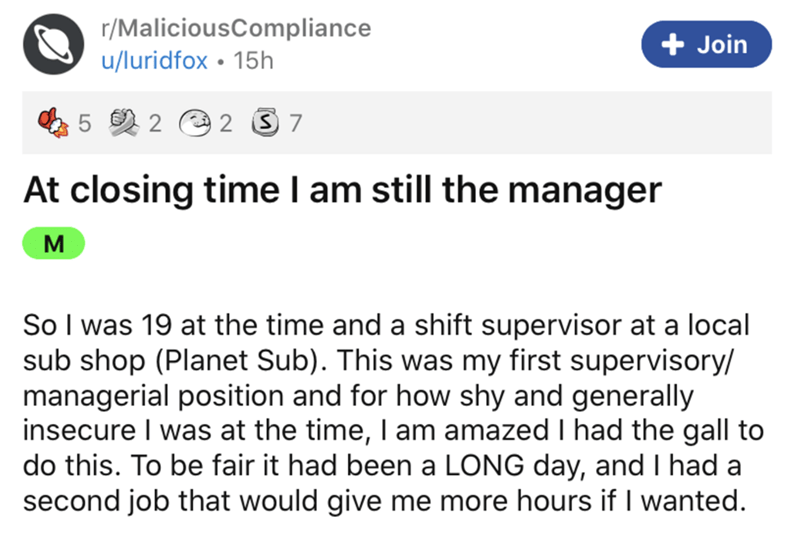 He had a very tiring day at work. Someone called him a few minutes before closing, asking if he could pick up his order. He was told they close at 10. 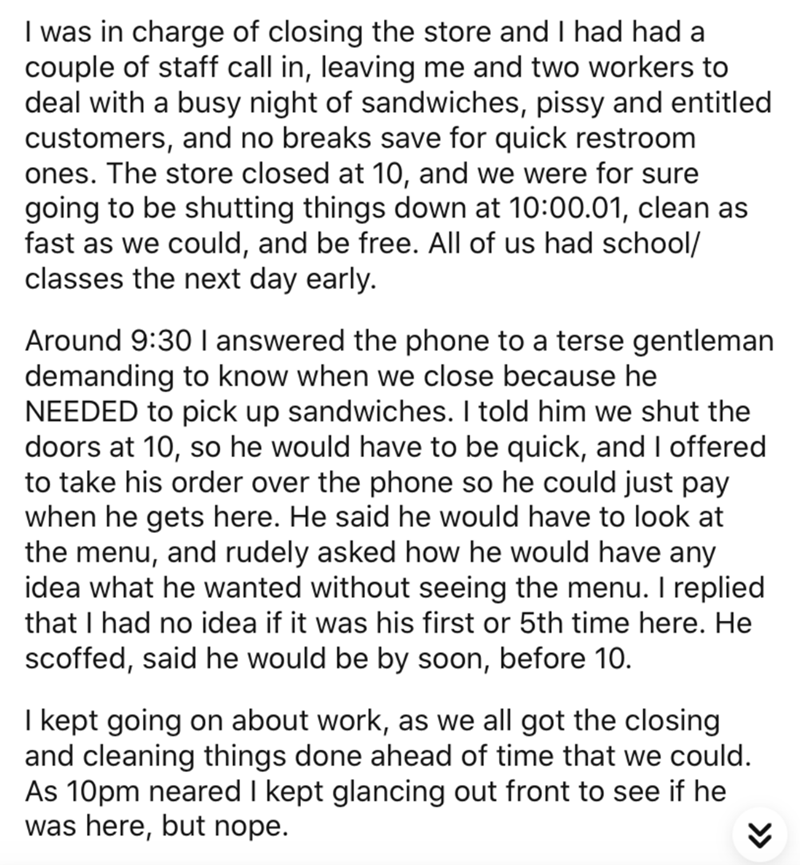 The man reached the sub shop after 10 and demanded they make him food even after they had closed. When he was denied, he became rude and asked to see the manager. 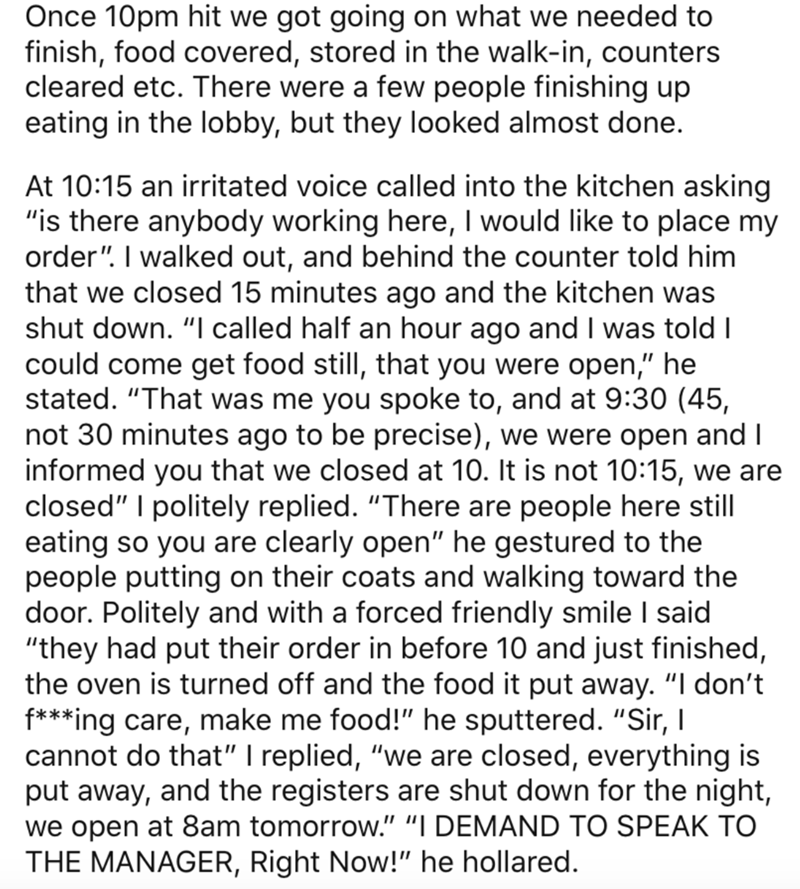 So the guy took off his apron and told him he was the manager.

The man stormed out after a few threats and told them they just lost a valuable customer, to which the manager replied “Thank god for that!” 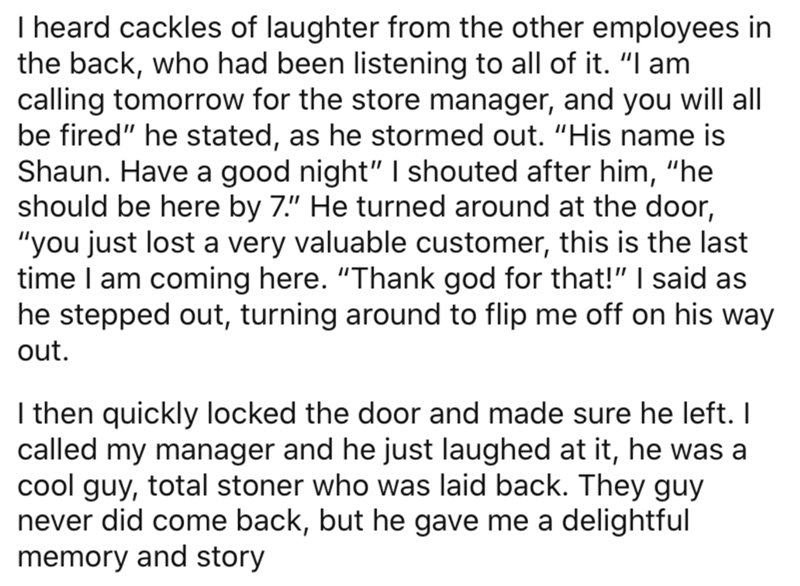 None of this drama would have been created if the guy just came on time or wasn’t rude to the workers. People need to realise that the staff works tirelessly the whole day. What if your boss asks you to stay in the office longer after a long day, and not even pay you for it? I doubt the Kevin even stays a minute longer in his own office after his work hours are over. People are hypocritical and highly entitled. Be nicer to employees!

15 minutes is a long time once you close.

What a plot-twist for that guy.

Other managers could relate to the story as well. 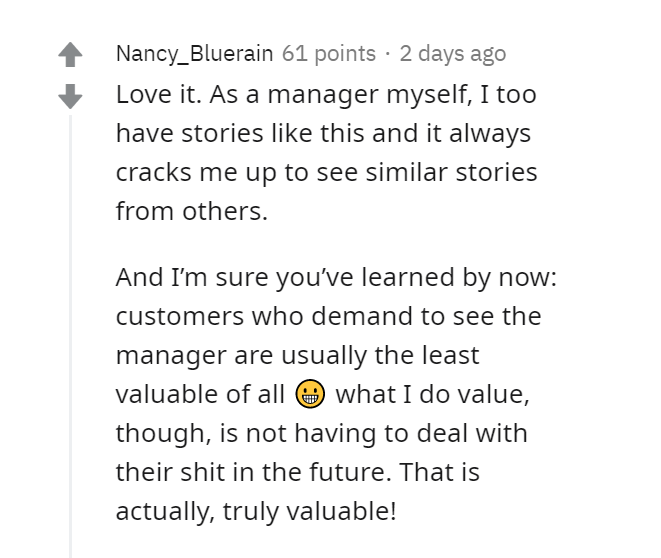 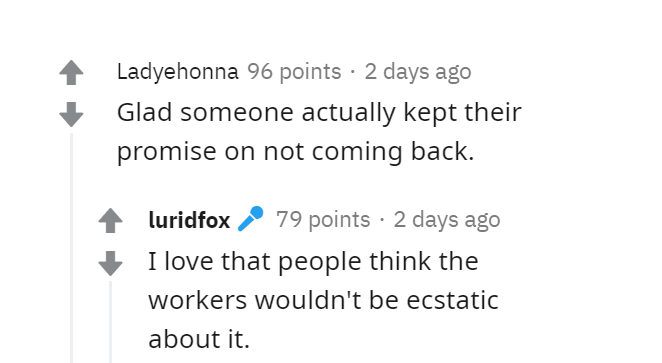 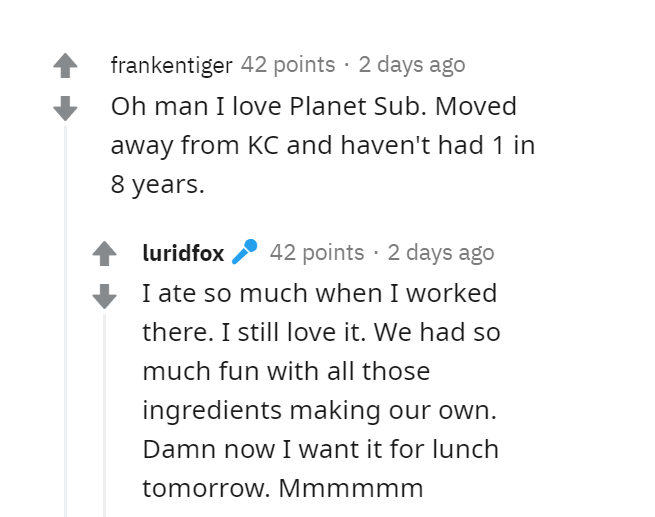 That is always my favourite part.

Why is it so hard for people to admit their mistakes?

Who do you think was in the wrong here? Should the guy have behaved this way? Let us know your thoughts in the comments below!