Who says you can only prank on April Fools?

Why not any other day of the weak? After all, there is a reason a thing called prank war exists between friends. While I can honestly say I’ve never performed serious pranks on my friends, I can understand why it would be so much fun. However, there should be a limit to how harsh the joke is.

And that limit is different for everyone. You see the following prank was performed not because he wanted to start a war. It was because he wanted to end it as soon as possible. And he knew the only way to do that would be to go big once and for all. And let’s just he went pretty big with a psychological prank that might have scarred his friend.

You can read what he did by scrolling below.

I think the title explains everything quite perfectly.

It is not a recent story but boy is it a delicious one. 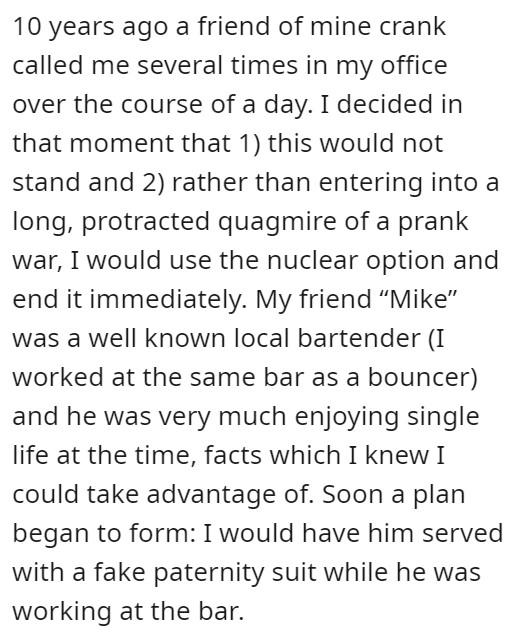 Rather than pranking him back, he went for the nuclear option. 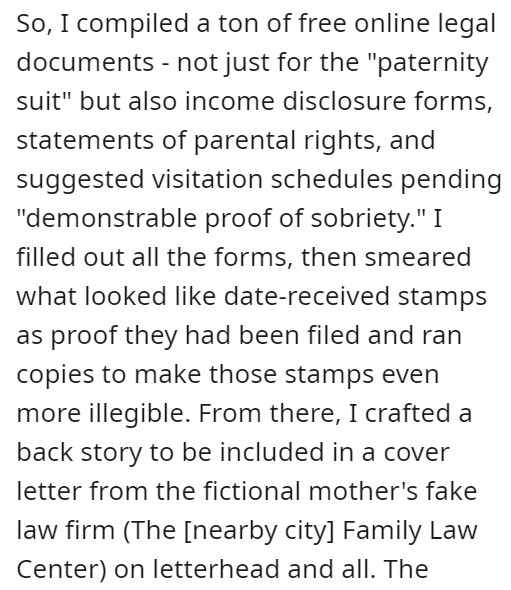 And it seems he did a lot of work to make it seem legit. 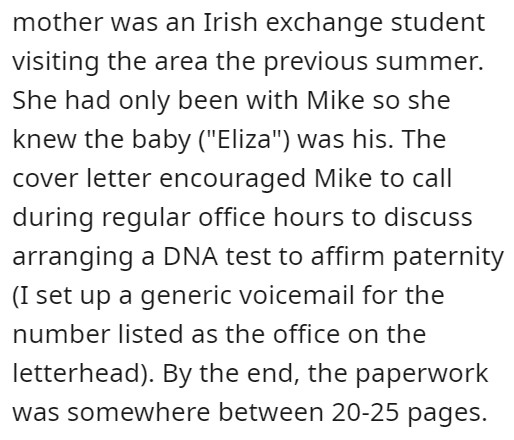 If I ever did this, I would burst out laughing in the middle of it. 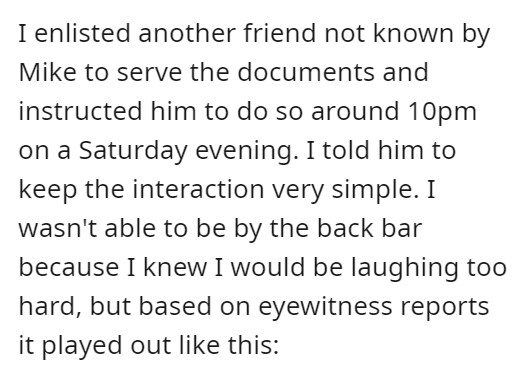 It’s quite surprising that Mike accepted it so easily. 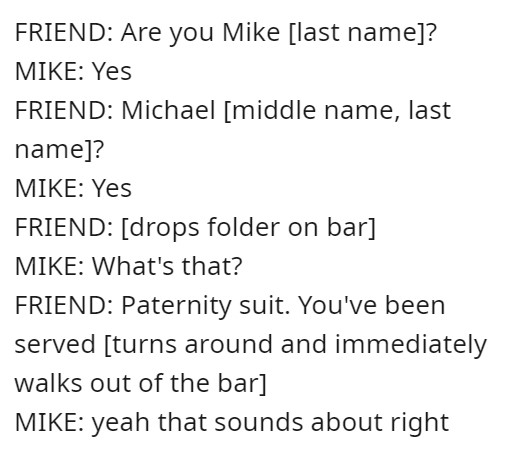 Only 10 minutes? I would have let him burn for a few hours at least. 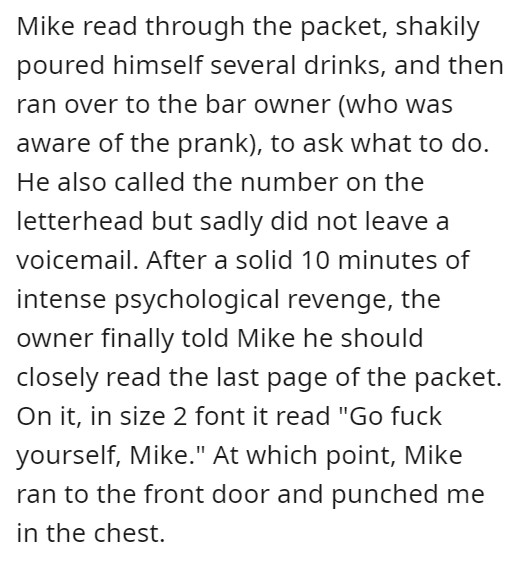 After figuring out why she was frantically sobbing, he eventually calmed her down (she didn’t believe him the first few times he explained that the baby wasn’t real). I met her for the first time about 8 years later at his wedding. She held a grudge.

If you think the story ends here. You are quite wrong about that. I have no idea why he didn’t get rid of the fake paternity papers. But I am glad he didn’t because we got the following gem of a story from this.

I can understand why she would be sobbing after learning that. 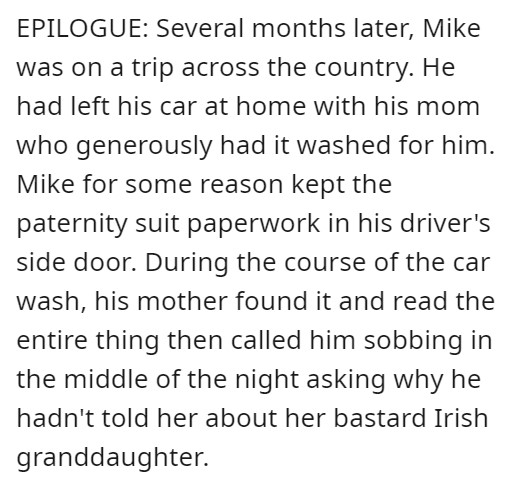 That epilogue tho. Od you think he was frantically trying to explain, or he was just laughing his ass off on how incredible this revenge was. –DONTMESSWITHMYCAT

What are your thoughts on this prank of epic proportions? Have you ever done something similar to one of your friends? Comment down below and let us know.