Sexism in the workplace is very much real and annoying.

Almost every working woman experiences it in the office. Whether the issue is equal pay or inappropriate behavior of co-workers, it really should not be tolerated by any woman. However, there is another issue that women face in the workplace; Mansplaining. If you don’t know what that term means, let me explain a little bit. Mansplaining is when a man tries to explain how to do a simple procedure to a woman who already knows how to do the job perfectly fine. It gives men a kind of superior feeling as if they know more than women and think it is their duty to “guide” the women how to do their own work. Some people, however, confuse helping or genuine assistance with mansplaining as well. This is why you should not accuse anyone of mansplaining if they are just genuinely trying to help.

This guy on Reddit shared his experience in the workplace of trying to help a woman with technical equipment, but she brushed him off and later complained to the manager that he was mansplaining. She later messed up her work and blamed the guy for not trying to help her. Scroll down below to read the whole story:

The office consisted of a group of freelancers who would pool in to get supplies and other things that would cost more if they bought them individually. This was all handled by an office manager. 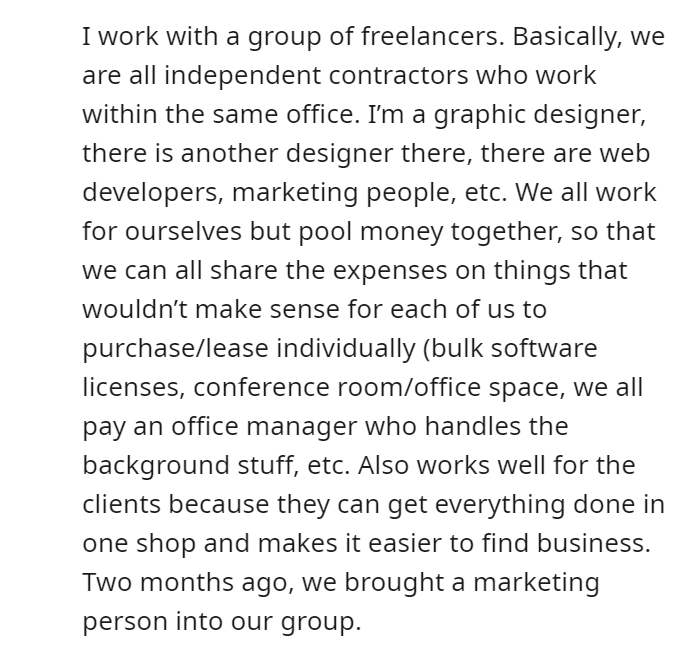 The woman was using their complex printer in the wrong way and the guy tried to help her out, after which the woman complained to the manager that the guy was mansplaining. So the manager just asked him to let her be. 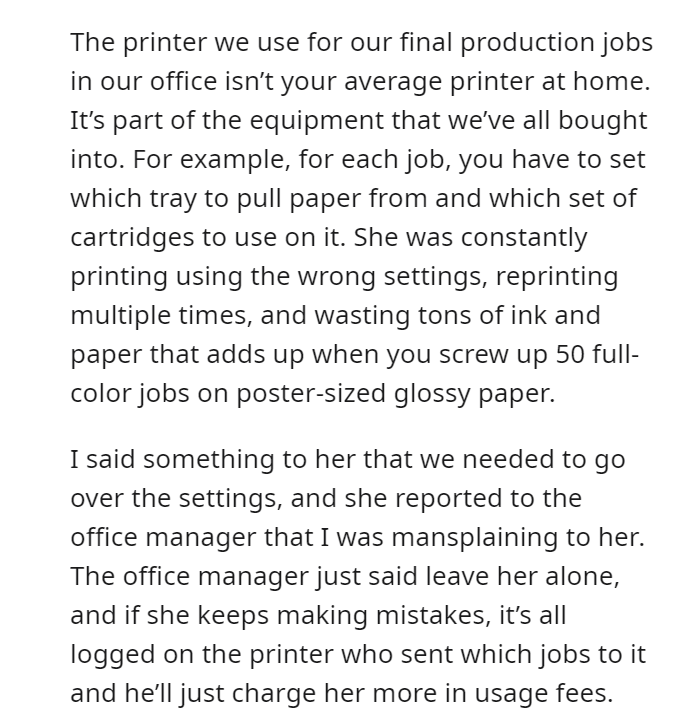 Later on, she tried to print 5000 pens but she skipped the settings again and printed all of them in one go.

As expected, the prints came out smeared and the woman received an invoice for the printing expense.

She said that the guy should pay for the invoice since he just watched her mess it up, but the manager said it was not the guy’s fault. 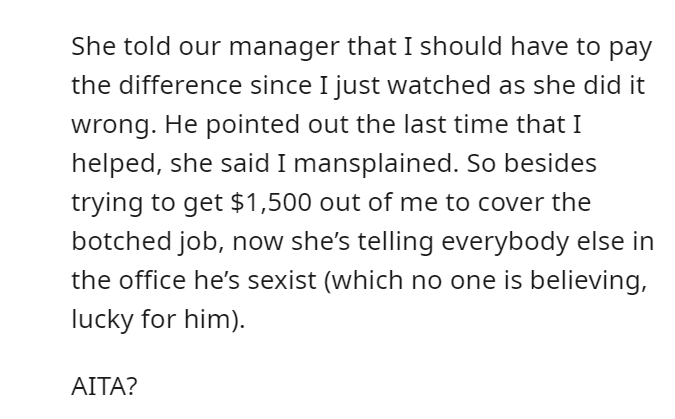 This is why the guy thought he might be in the wrong and then asked others for their opinion:

In my opinion, the guy wasn’t wrong to back off at all. He tried to genuinely help the woman and she refused to accept his help. She put herself into this situation and it wasn’t the guy’s duty to help her out after being insulted and falsely accused by her. This woman seems problematic if you ask me. She shouldn’t be throwing around the victim card like that.

Redditors took the guy’s side in the comments. 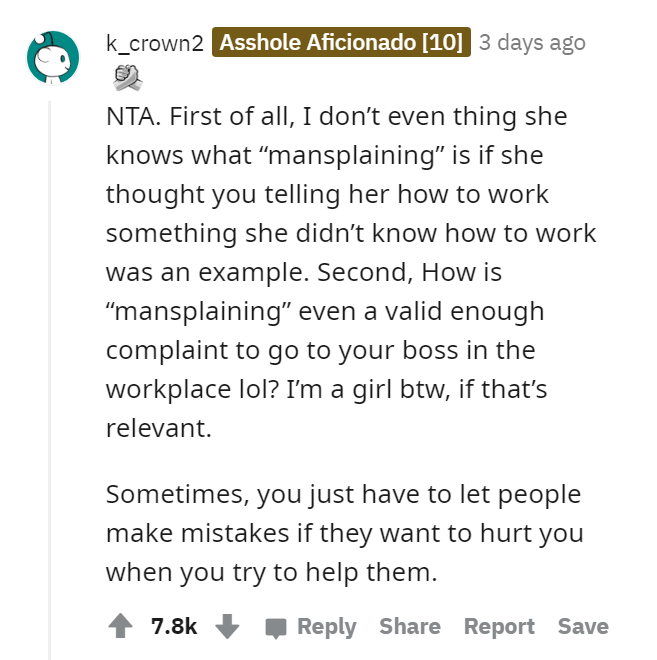 Even though mansplaining is a serious issue, this was not a genuine case. 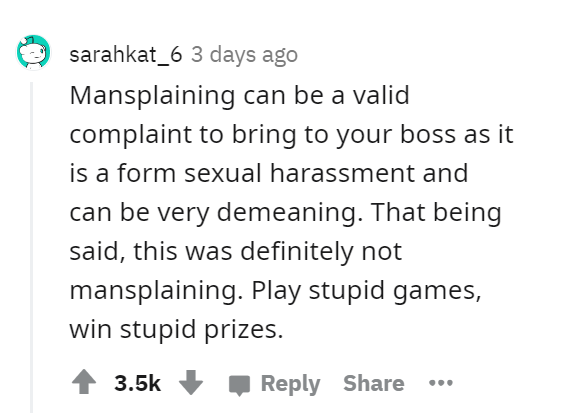 Her logic is completely invalid.

That is not sexism at all.

She stirred up the drama for absolutely no reason. 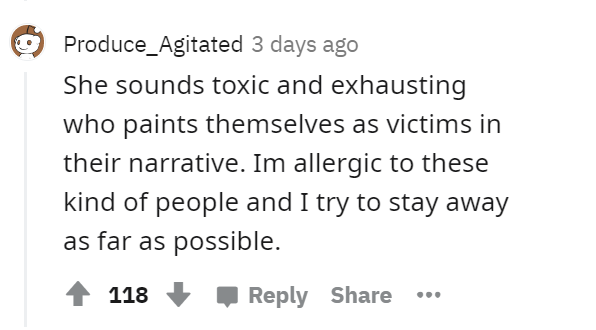 It isn’t as if the guy sabotaged her work on purpose. She did it herself and she is the only one to blame. 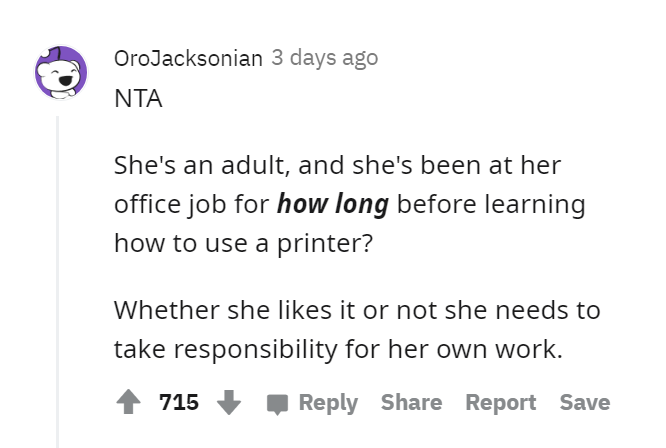 Who do you think is wrong here? Should the guy have helped the woman out even after the false accusation? Share your thoughts with us in the comments below.