Is sitting next to another person while on the bus wrong?

No, ofcourse it isn’t. Nobody would say that it is wrong. However, it is incredibly weird to sit next to a person when the bus or train is empty. I mean I have been on buses which are empty and I always choose to sit alone. Who would want to sit next to a person and squeeze next to them when they have a choice not to do so? Well, apparently this person didn’t think so and thought it was fine sitting next to the guy in this story even though the bus was empty.

This may not seem like a big deal but just imagine that you are minding your own business while traveling but a guy just comes up to you and squeezes next to you even though there is a lot of space available. And it isn’t as if the seats were reserved or anything of the sort. So I don’t understand why he did this in the first place. What did he hope to get out of it? I have no idea but that is exactly why this guy posted his story on the Internet.

And you can read it for yourself by scrolling below.

The story starts off with an update where he mentions that he is actually male.

Things were going well for him until a stranger came up and sat next to him. 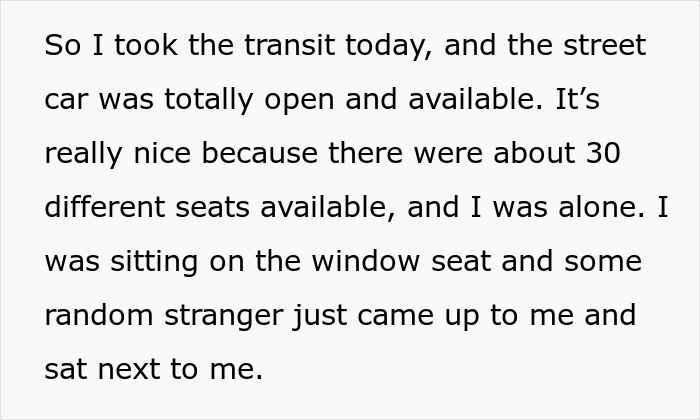 When he didn’t move, he decided to voice his inner dilemma.

This guy however called the poster of this story unreasonable.

I truly don’t believe that the poster was being at all unreasonable.

However, he continued and asked why he would want to sit next to someone.

But the guy wasn’t having it and continued with the same response.

So the poster decided to move himself.

And that is how he ended up asking the Internet for advice.

So that he could know whether he was in the wrong.

I really cannot understand why he did this. Maybe he just wanted to start a fight for some reason. This would just be like if the bathroom is empty but someone decides to use the urinal right next to you. It would just be weird but also quite creepy. And even if he didn’t really think about it, he could have moved to another seat when this was brought to his attention. But I suppose he simply wanted to show his ‘rights’.

People in the comments were quite creeped out. 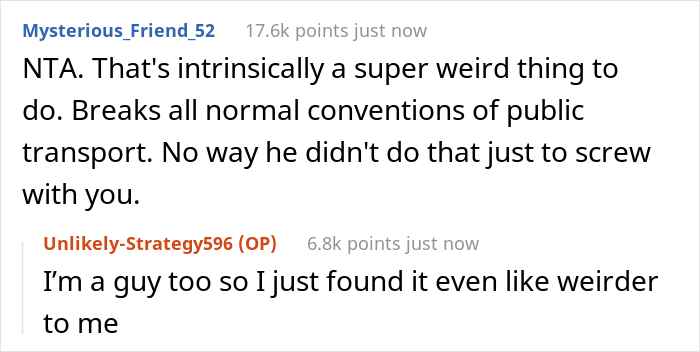 I mean who does this sort of stuff anyway? 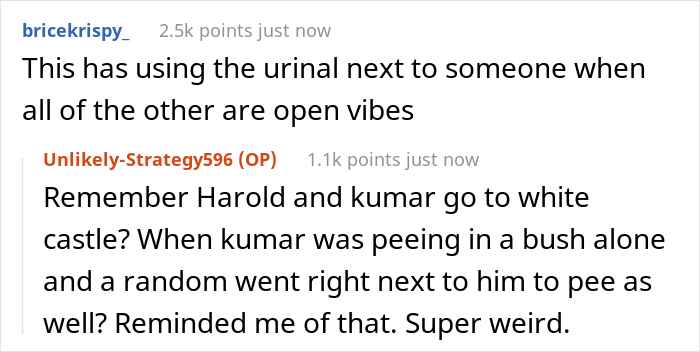 The gender doesn’t matter, it was weird. 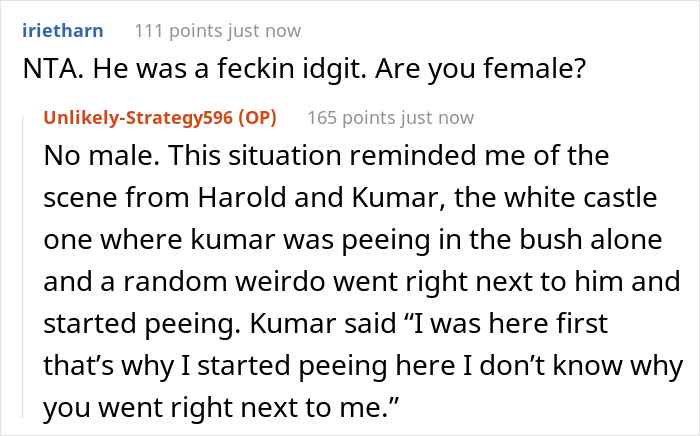 We also get some extra information.

I am just glad that he moved to another seat.

Whatever his reason was, it wasn’t savory. 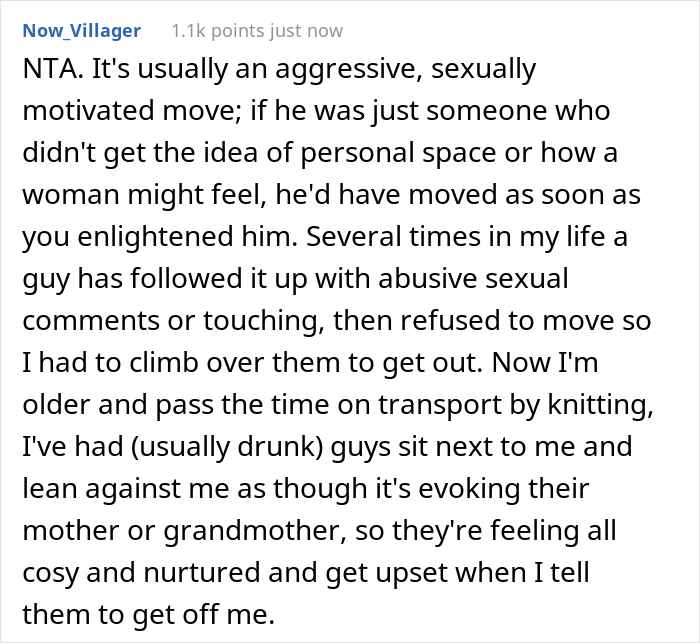 Who wouldn’t move in that situation?

This behavior should not be allowed anywhere.

I am glad people like this exist in the world. 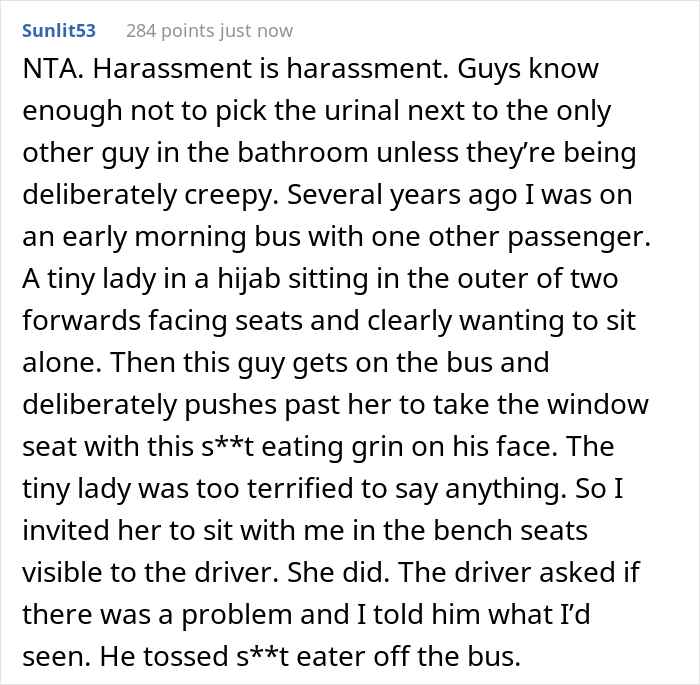 I would have addressed it as well.

That is better than starting a fight.

I am just glad that everything was alright.

What are your thoughts on this story? Why do you think the guy sat with him in the first place? Was he just looking for trouble or is there an actual reason behind it? What would you have done in this situation? Comment down below and let us know. Also, don’t forget to share this story with your friends so they can join in the discussion as well.