Karens really do not have any self-preservation.

I mean who doesn’t want to be careful when they book an uber ride? I have used uber for a long time myself and when the license plate is not the same, I will not get on no matter what they say. We have all read the horror stories of cabs and uber drivers and nobody wants to be the next face on the news.

That is why this story is so surprising. You would think in desperate times like these, people would be extra careful in fear of something horrible happening. However, that doesn’t apply to Karen.s Because it seems they think they can do whatever they want without any repercussions. Even asking complete strangers for a ride is not out of the question for this lady.

Even if you try to be as clear as possible, some people are just that dumb. 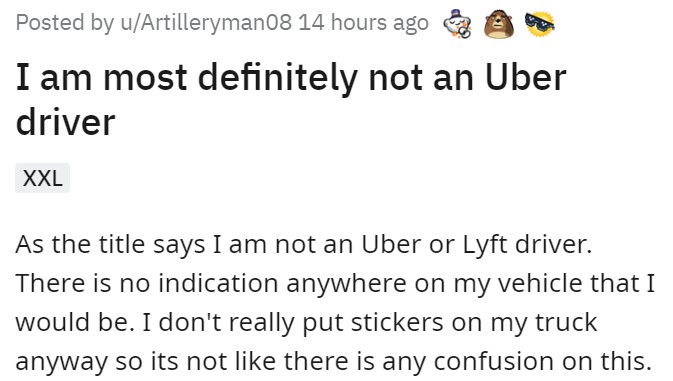 It makes sense, not all passengers care about the car.

Who does that without even asking?

This is why you lock the doors, everybody!

Pre-cell phone era. I once drove by a restaurant and I saw my brother’s car with the windows open! I was shocked because I never ever leave my car with the doors unlocked, let alone all the windows down. I stopped, rolled up his windows and locked the doors.

Next time I saw him I told him about my good deed and he gave me a funny look. He said: “I sold that car months ago.” -Itavan

Is she blind as well as deaf? 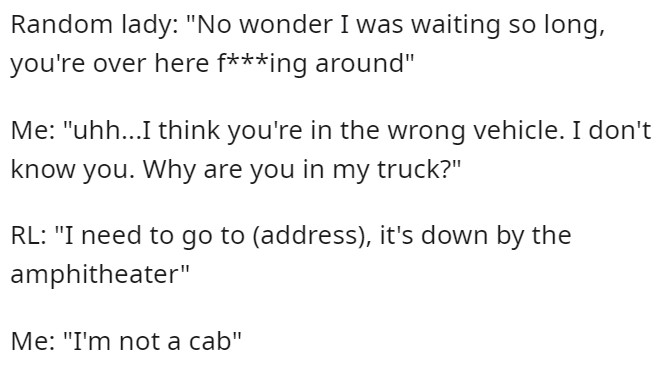 Did she ever show the sticker she was talking about? Or was it imaginary?

I don’t know much about cars but even I am not that stupid.

Glasses or perhaps a sanity check?

Totally did not see that coming.

After being so rude, she has the audacity to ask for a ride?

I am not saying it is wrong to ask for a ride when you are in a desperate situation but she wasn’t nice in the beginning. What made her think he would give her a ride?

Honestly, Is this what the human race has become? 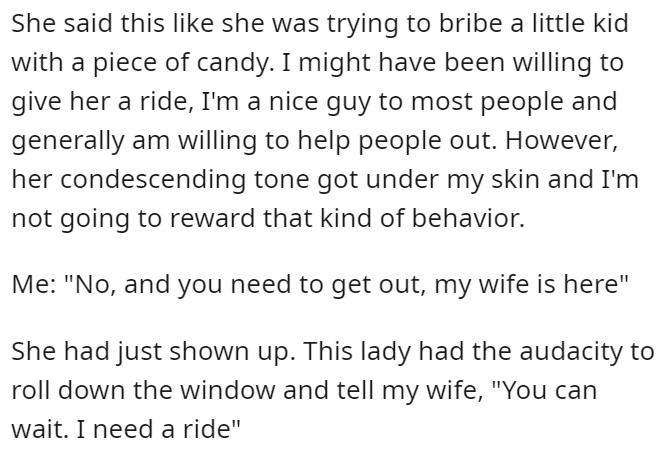 I really wish the actual uber driver had left and charged her. 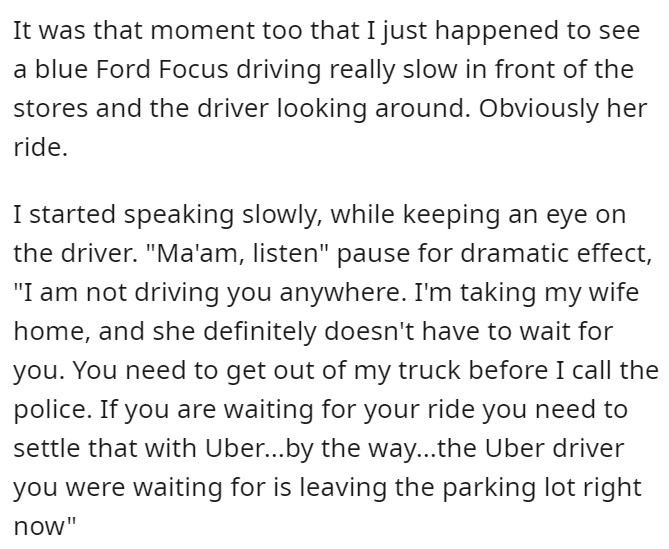 Very strange, but then again some people do get married to Karens. 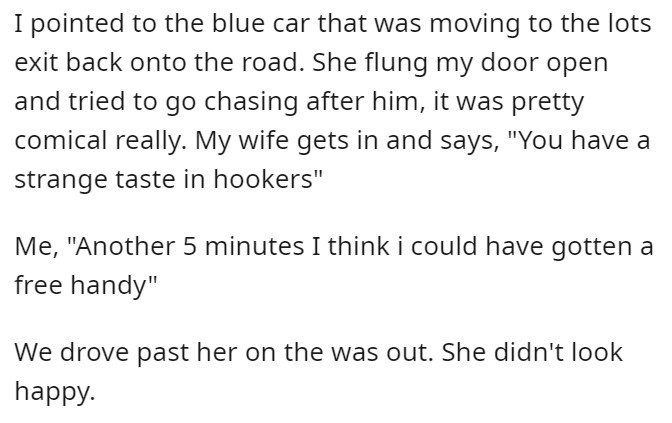 I guess we all learned a lesson today.

They always seem fake until something happens to you. 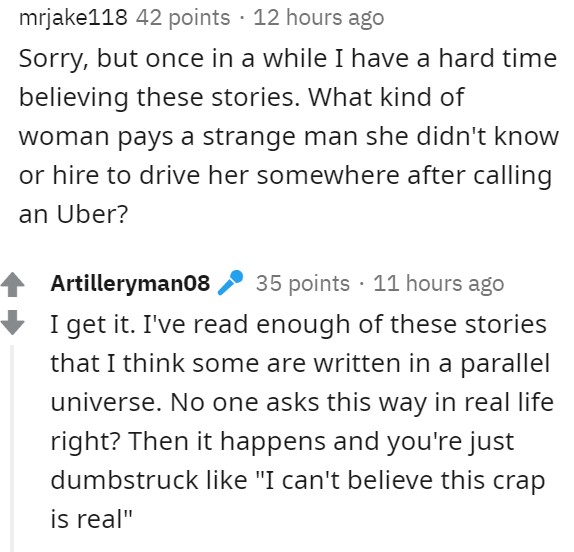 What would you do if a complete stranger just sat in your car and insisted that you are their uber driver? Let us know in the comments below.