Now, don’t get me wrong, I am not calling out everyone in a managerial position but there is a reason so many people dislike their bosses and no it is not because we are lazy. Employees all around the world are treated quite poorly in many situations and are not paid enough most of the time especially since they have to endure a lot of berating. I am well aware that this is not common in an actually nice professional environment but this is sadly still a common problem overall.

The only thing to do if you’re in this situation is to quit because no matter what they say, they will not change and they continue to push you because they know that they have that hold over you. However, I also know that in this current climate, it is not possible for everyone to immediately find another job especially since times are so hard these days. That is why we have stories like these where we get to live precariously through other people when we can’t do the things that we want.

This is a very interesting dilemma on the poster’s part. And you can read it for yourself by scrolling below.

This may sound out of nowhere but this story does include a cat and the cat is somewhat the reason all of this thing started in the first place. 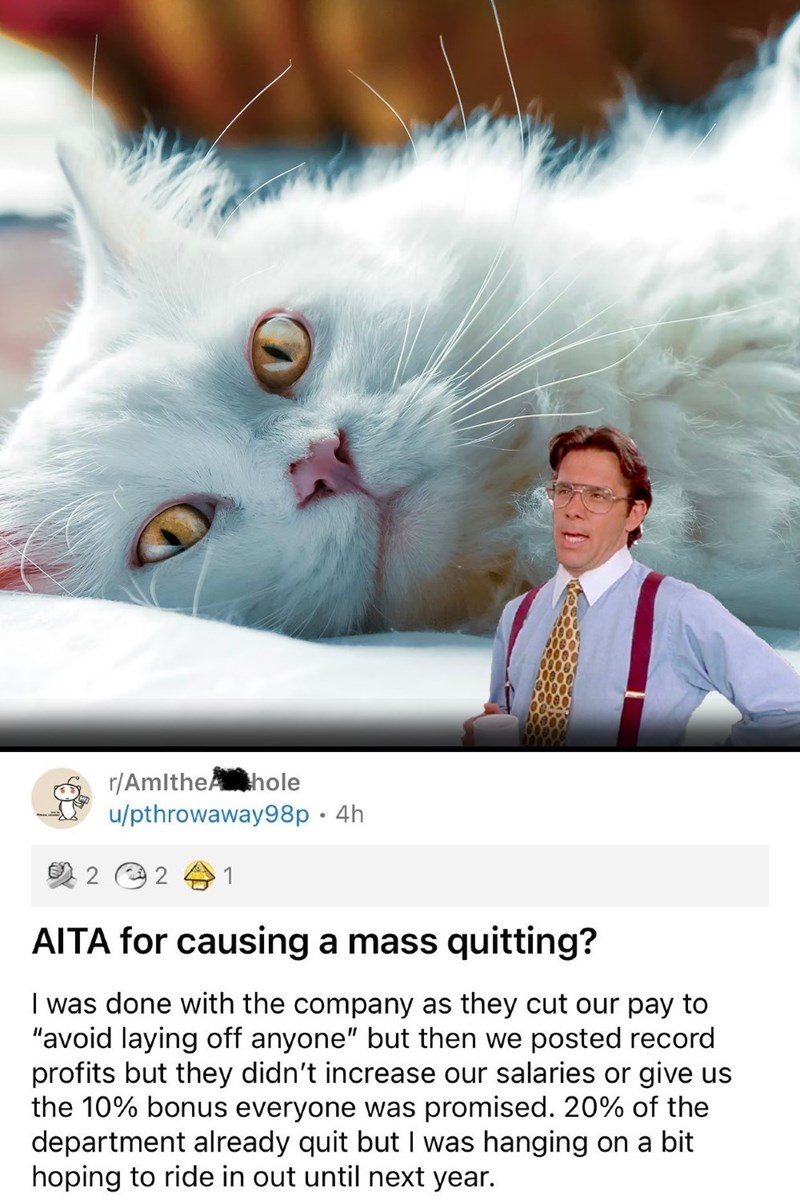 I honestly feel sorry for this person as they did not deserve it at all and animals are like family members as well.

This was clearly the last straw for this person and they decided to quit right there and then after they saw this display.

This also caused many other people to quit but they quickly found a new job with a hopefully better manager.

This manager however, was not happy at all and came to berate the poster for doing this to him but he did deserve it at the end of the day.

What did the manager think would happen? Did he think that if he continued to berate the people who do all the work in the company will let him walk all over them? Even the nicest people in the world have a line and if you keep pushing them, eventually it will break down and they will leave you high and dry. So it pays to be compassionate and kind even if we talk from a business point of view. I know his family will be in trouble but he brought this on himself so I don’t even feel sorry for him.

People in the comments were on the employee’s side as well and called out the manager. 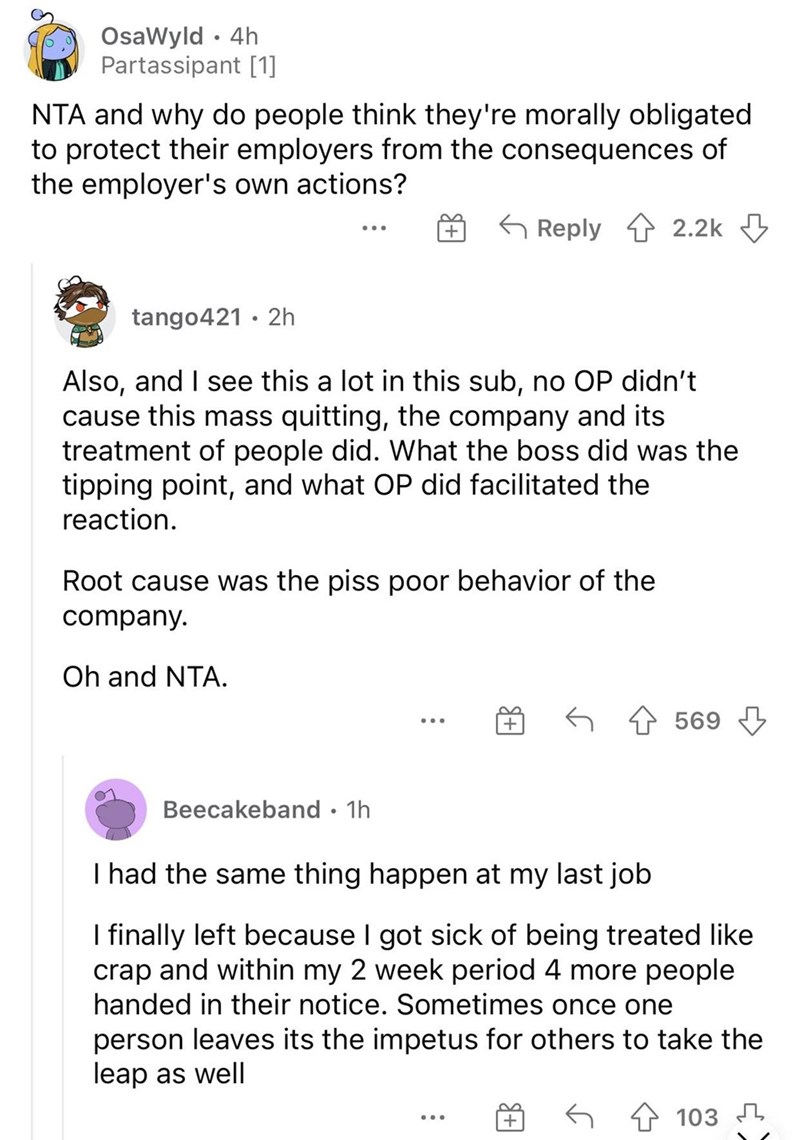 That was clearly the best part about the whole story and I wish the manager could see this. 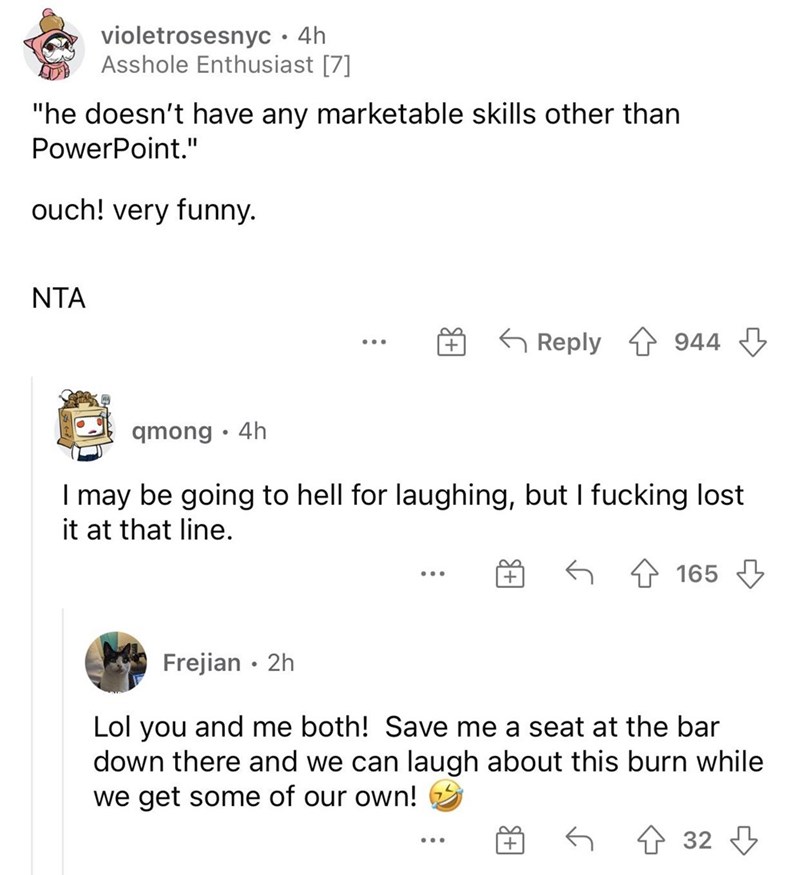 He clearly doesn’t know how to act like a human being let alone a decent one. 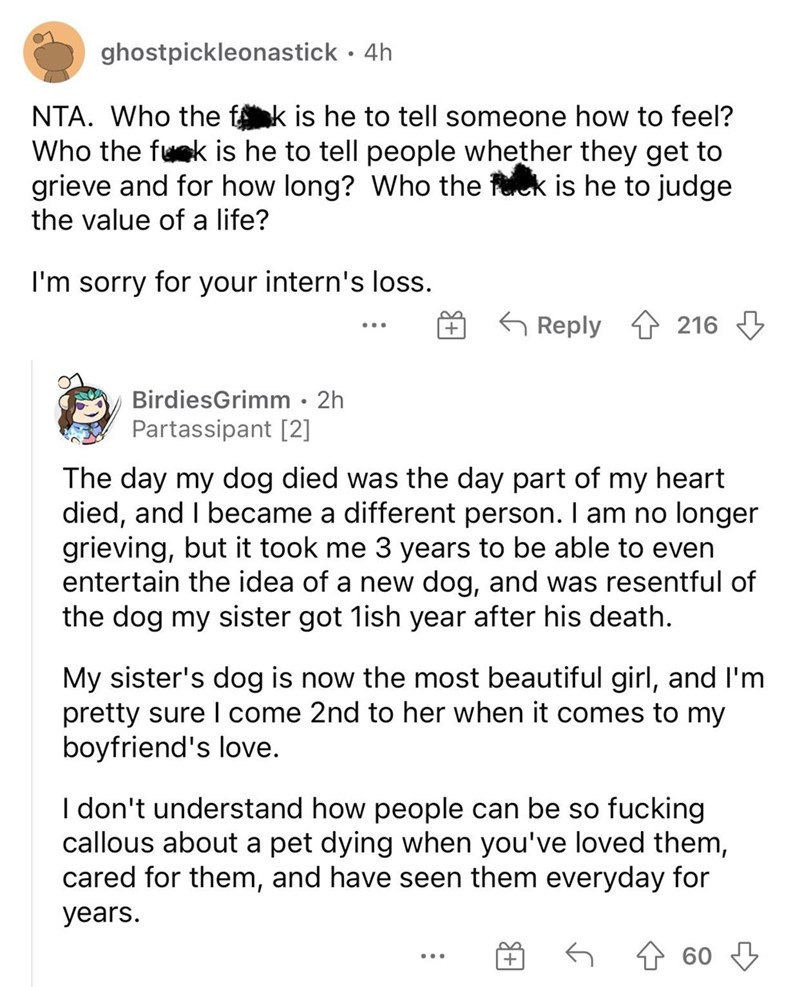 If he had not run the company into the ground with his behavior, everything would have been fine.

He got what was coming to him. 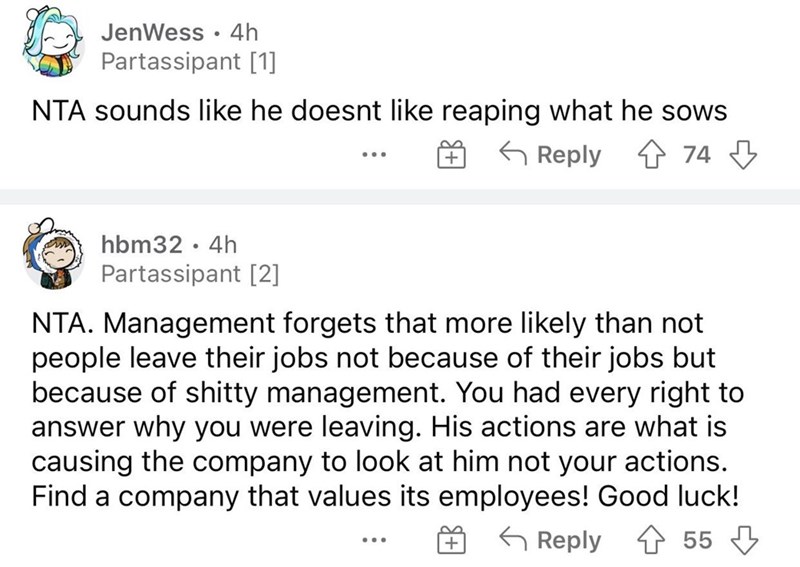 What are your thoughts on this scenario? Do you think she was in the right or was the reason behind the mass quitting at the company? Have you ever been in a similar situation? if so, how did you handle it? Let us know in the comment below.