Rejection is not the end of the world.

There are several people who think being rejected is the worst insult there is which is not true. If you like someone or find someone attractive, being honest and communicating is not a bad thing. And even if they don’t feel the same, it really isn’t that big a deal. I mean you tried and they give you an answer. No doesn’t mean you should keep trying or that they are playing hard to get. A no means no.

Apparently, that is not what these people think as they get quite offended when someone even hints at not being interested. Rather than letting it go, these guys took it upon themselves to act like a**holes. I have no idea what they get out of this since it isn’t as if a person being insulted will suddenly realize what a catch you are.

But you can read some of the weirdest texts for yourself by scrolling below. 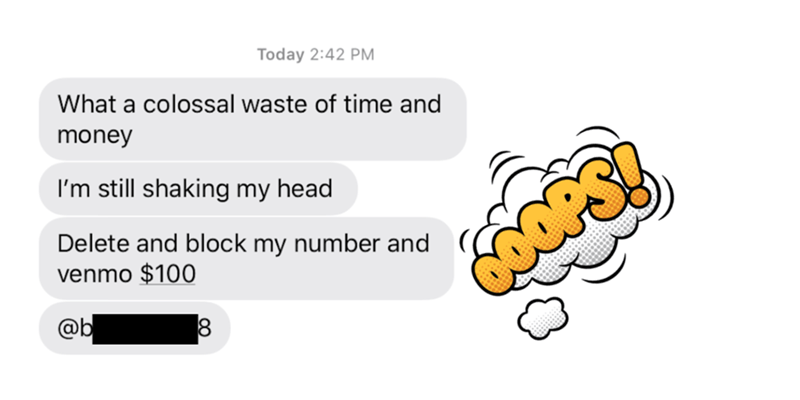 After a relatively enjoyable first date, I told the guy it was time to go home. When he asked me if he was also invited, I said no. He was none too pleased. 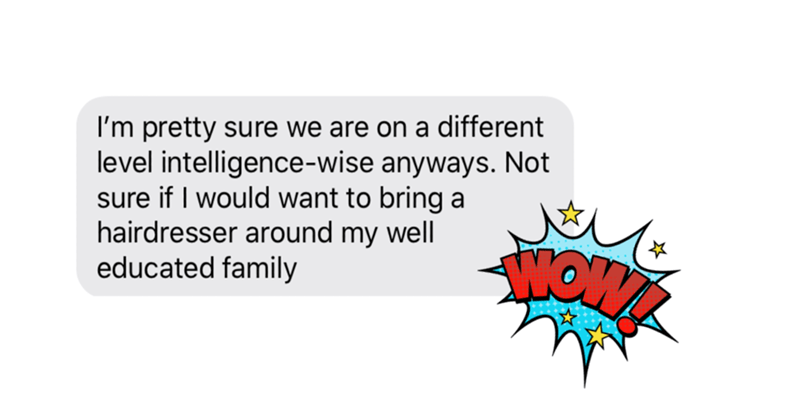 Went out with this gem of a human and when I turned him down for a second date. He took it so very well. 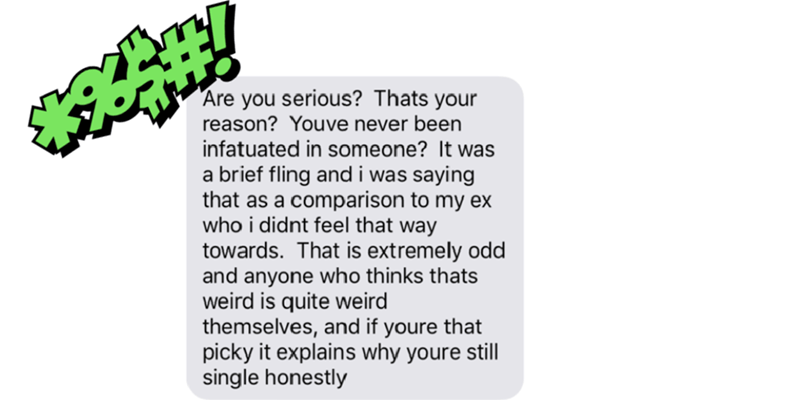 This complete psycho LITERALLY explained his unhealthy obsession with a woman and how he borderline stalked her. 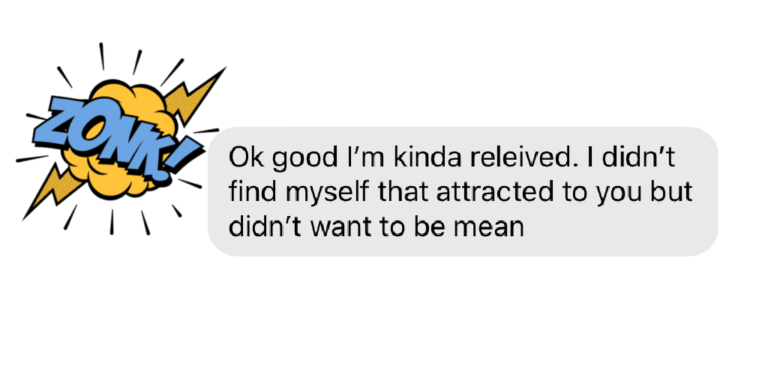 #5 It was a match until she rejected him. 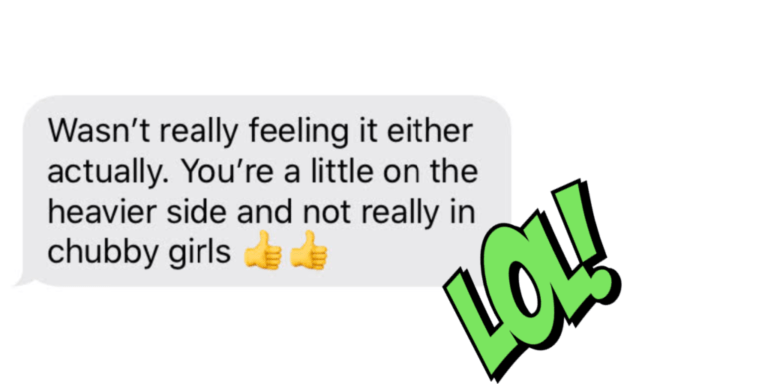 Went out with this douche I met on Tinder once. He texted me several times and I ignored him. He clearly didn’t get the hint so I just told him nicely that I didn’t think it was a match. Shame on me.

#6 When you are just too edgy. 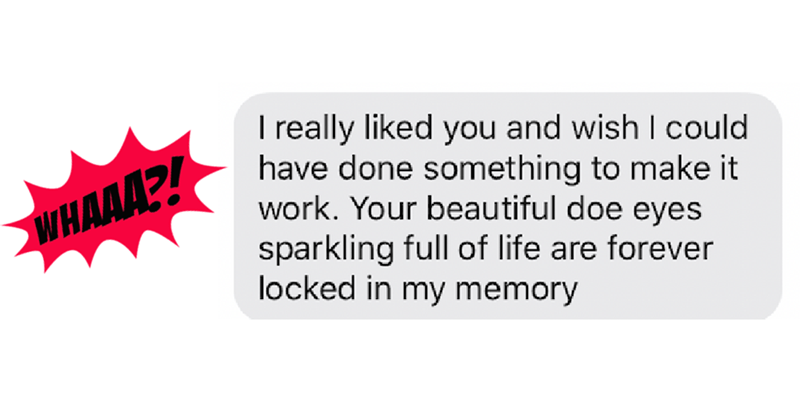 The morning after a mediocre date this guy texted me to ask me out again. When I didn’t respond within an hour I received this little gem…

#7 Not being interested in him means you are unstable. 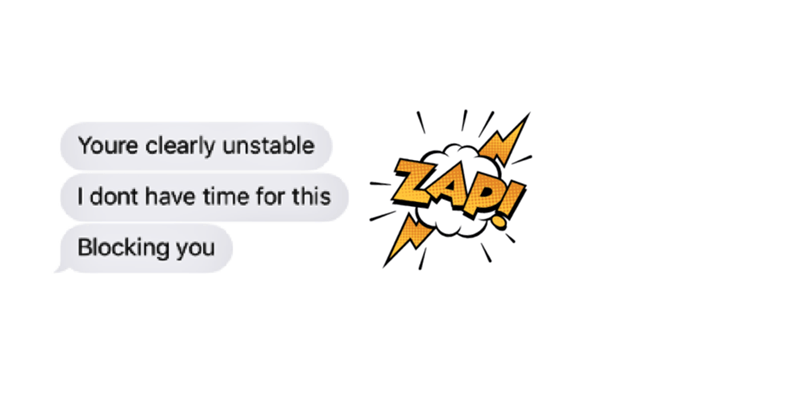 After I told a guy that though he was very nice, I was just not that into him. No good deed goes unpunished. 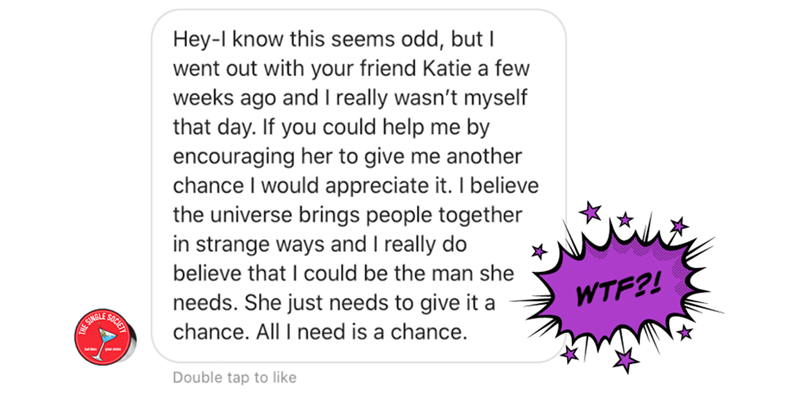 This wasn’t a text sent to me, but after I went on a date with this guy and never texted him back he stalked me on Instagram and sent this to several people in my social circle…including my boss. 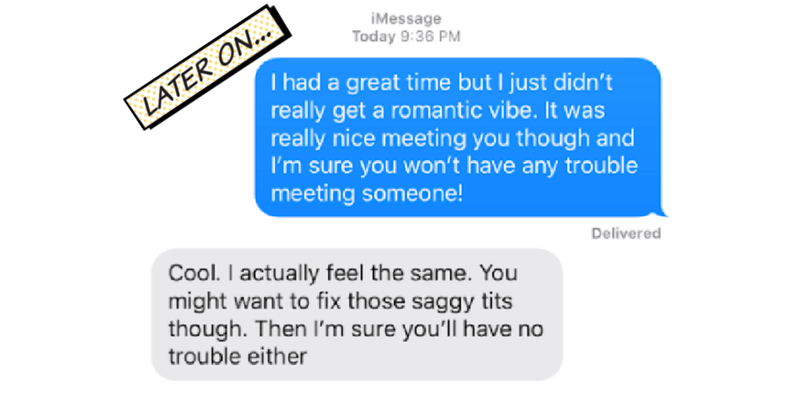 A message I received after telling my Bumble date that I didn’t quite feel a spark….How DARE me?!

#10 “Yeah…not sure why this was necessary but ok.” 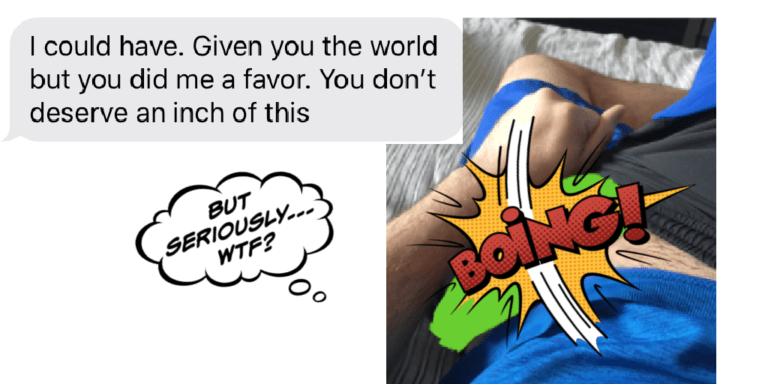 #11 She was apparently being a prude. 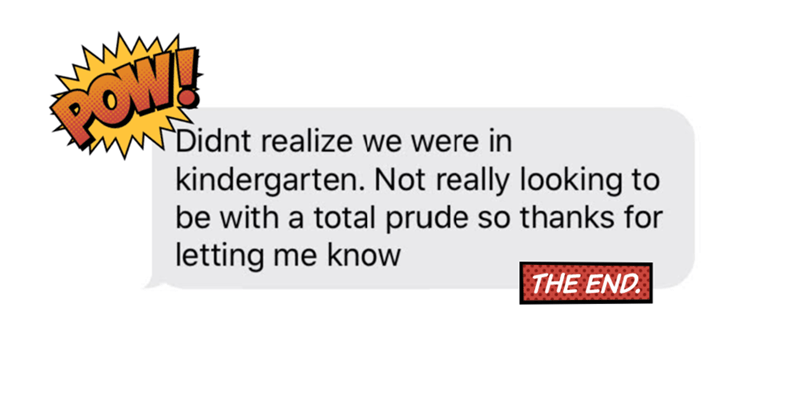 Went out with a guy who was very sexually forward. Tried kissing me within the first 10 minutes of the conversation. I ended the date quickly, hoping I would never hear from him again. When I told him that I wasn’t comfortable with how aggressive he was… 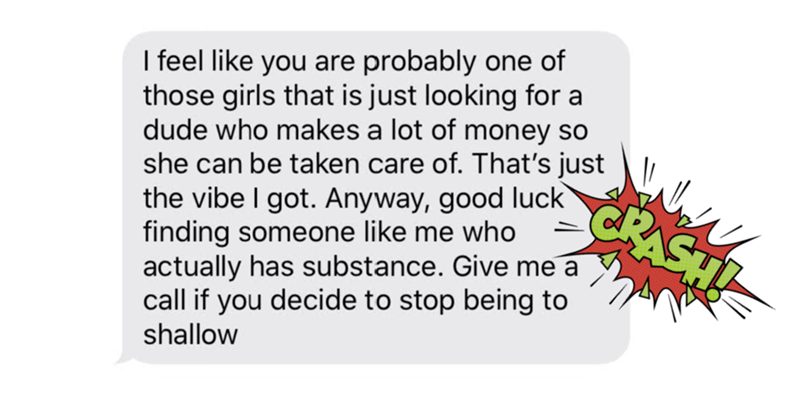 Politely turned down an invite for a second date and suddenly I’m shallow.

Why not share your experiences in the comments below? We always like to hear different perspectives from our viewers.