People should remember that babysitting is not an easy job. It requires a lot of time and effort. And if you are babysitting special children, then you are even doing the extra work. What people need to understand more is that if you assign some work to your relatives, that does not mean that you don’t get to pay them. They are working for you and you have to pay them the same way you would pay a stranger. That’s what happened in this story. This parent’s sister asked her daughter to babysit their children, one of them is autistic when she was working shifts for extra bonus. When Kate, the daughter demanded money, Jane, the sister got infuriated. Now, this parent asks the Reddit community if she is the a-hole for letting her daughter price gouge her sister for babysitting.

This is an interesting story and Reddit commenters had so much to say. Following is the story narrated by the parent herself followed by the comments of YTA or NTA by the Reddit community. Scroll down to see what they had to say.

1. Kate, the daughter was most friendly with the sister’s autistic child and the other. 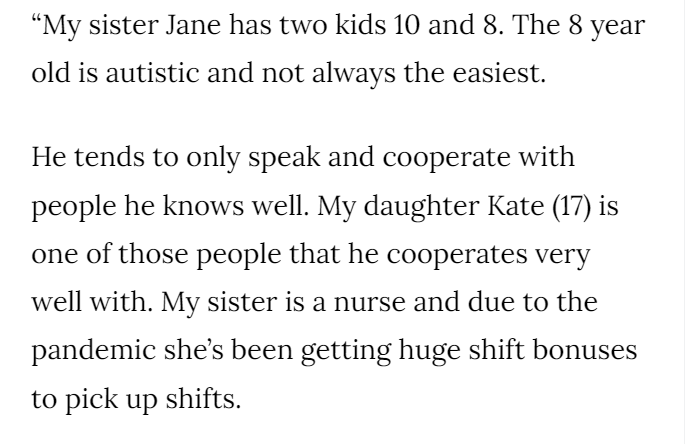 2. The sister who was a nurse was getting a higher bonus for extra shifts she was doing in the pandemic. She wanted someone to look after her kids

3. The sister asked Kate if she could watch her kids for 13 hours upon which Kare demanded her wage of $500 upon which Jane got infuriated 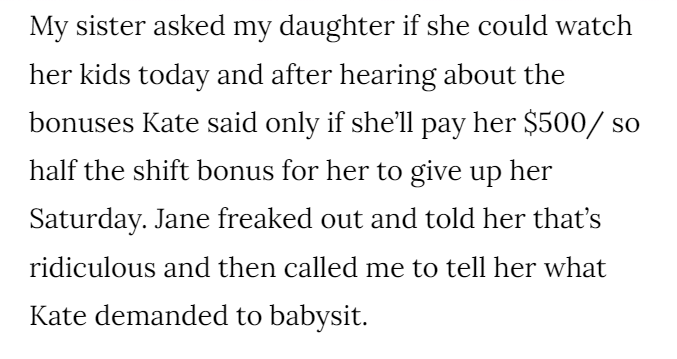 4. Jane asked her sister to teach her daughter upon which she said she can’t force her. Kate came down to $400 but not more. Jane did not take the shift and ended up babysitting herself 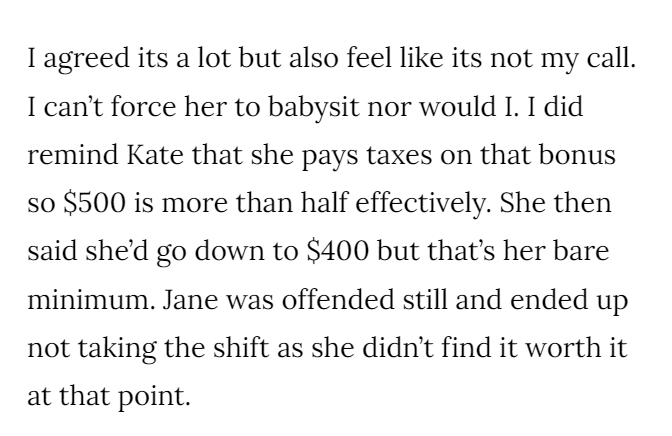 5. Now Jane is blaming her sister that she did not raise Kate better as she demands money. The parent thinks she is letting her daughter do her thing 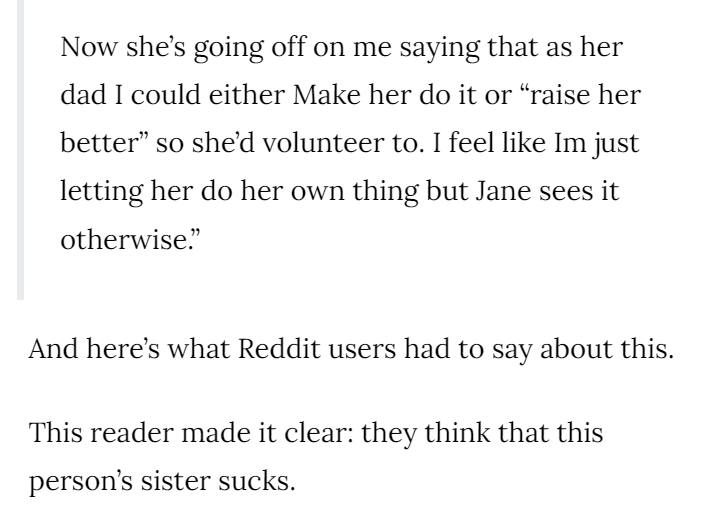 This was all about the AITA story. Now the parent has asked the Reddit followers f she was right to take her daughter’s side. Let us know what the people had to say and conclude in the end if she was right.

6. A 13 hours shift is really something that you cannot ask someone to take without paying them even if they are your niece 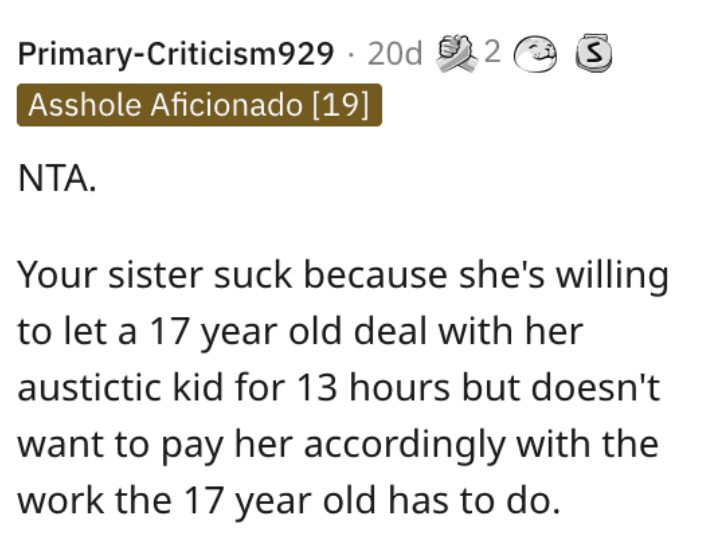 7.  Well, if we compare the wage Kate demanded to what the sister was getting from the hospital, it seems justified 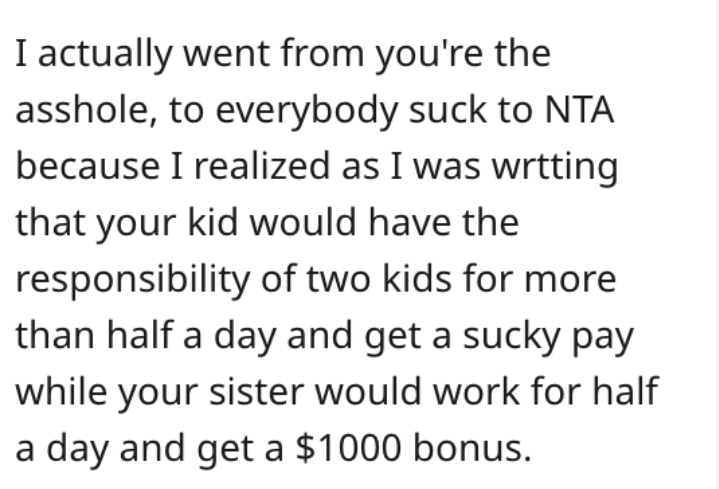 8. Every human has the right to be respected, end of story

9. The point was that she was not even up for minimum wage, she wanted Kate to do the work for free 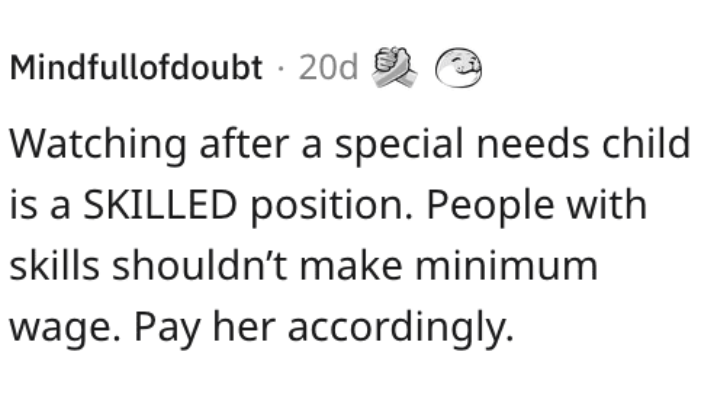 10. That’s the point. The younger generation is more mindful and aware in terms of their rights and do not settle for less

11. Declared NTA with a commenter sharing their similar story 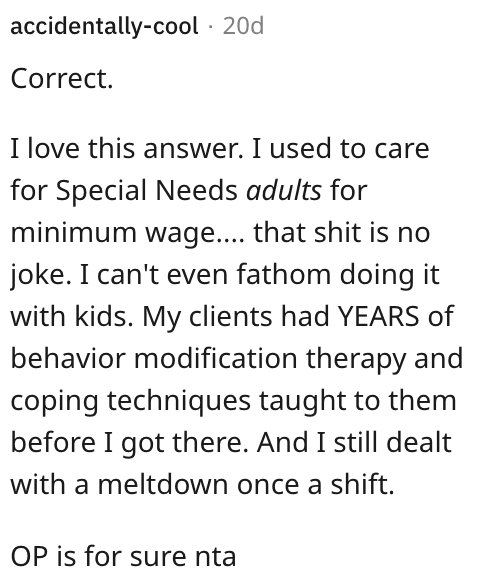 12. Now this user has told the dark but real side of the world which we could not agree more upon 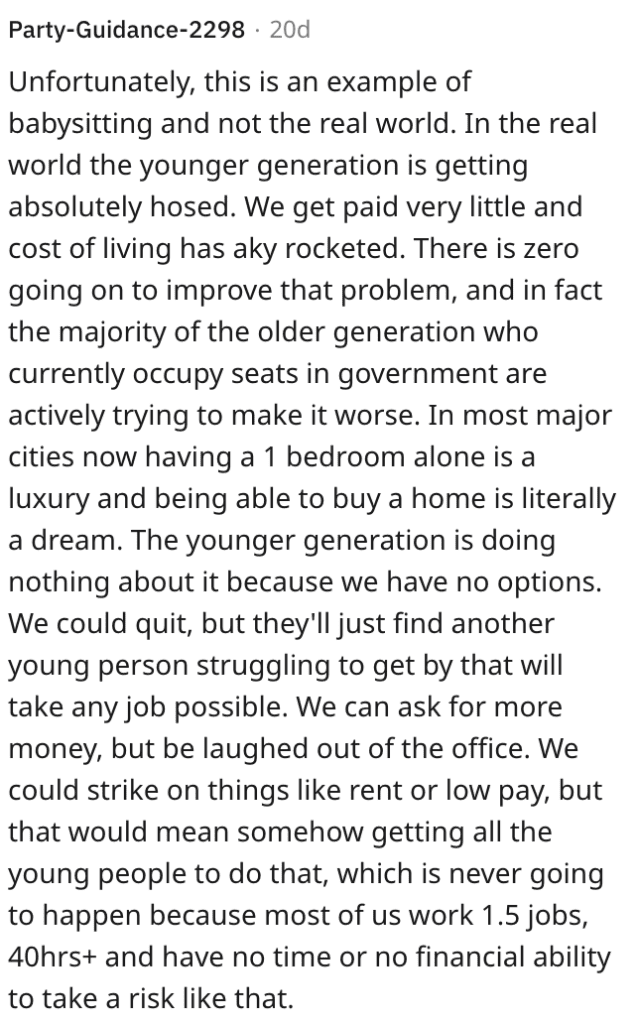 Well, this was all about the story, what do you guys think about the parent. is she YTA or NTA? We would love to hear your comments down below. Share it with more and more people and keep visiting us for more spicy reddit stories.