What do these guys think they will get after insulting someone?

To put it mildly, if you’re trying to get someone to like you, the best way to do that is to be nice and not insult them. It’s basic human decency and being kind in no way makes you better than anyone. I’ll say it again, being nice is not a personality trait no matter how much you would like to believe that after watching Disney Princesses movies.

However, there is a reason A Reddit called ‘Nice Guys’ exist in the first place. Because there are so many instances, where your phone would be filled with similar conversations. And what better way to expose a person than posting it on the Internet. And that is why today we are exposing one such guy who thought the following interaction was okay.

I can already tell this isn’t going as well as the the guy is hoping. 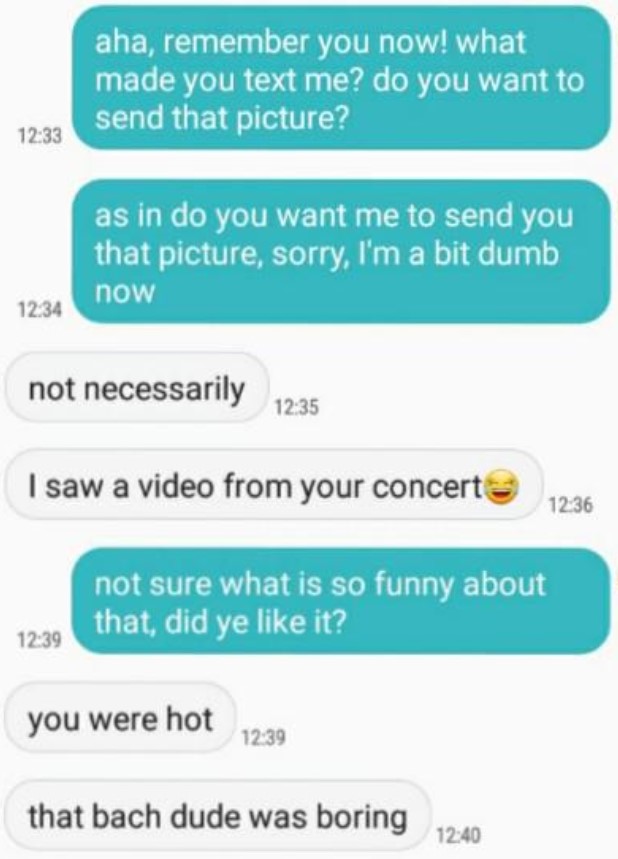 I mean it is a weird opener if you ask me. 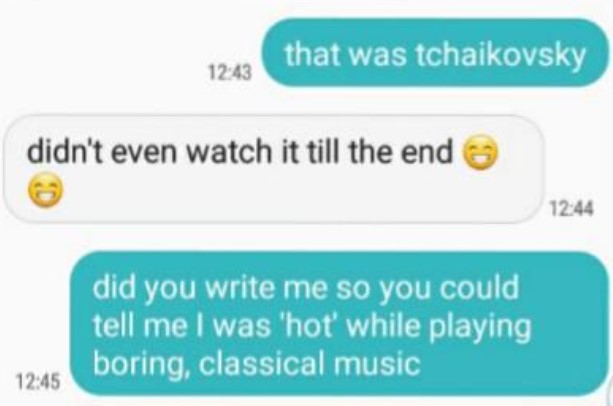 I’m not sure what he thought you would say to being called hot and then having your concert/interests insulted? Or where he thought a relationship would go, when he clearly dislikes classical music, reading and art very much. I guess this is a good example of “liking the idea of you” and not the real you.

But honestly, it isn’t going that bad but that is about to change. 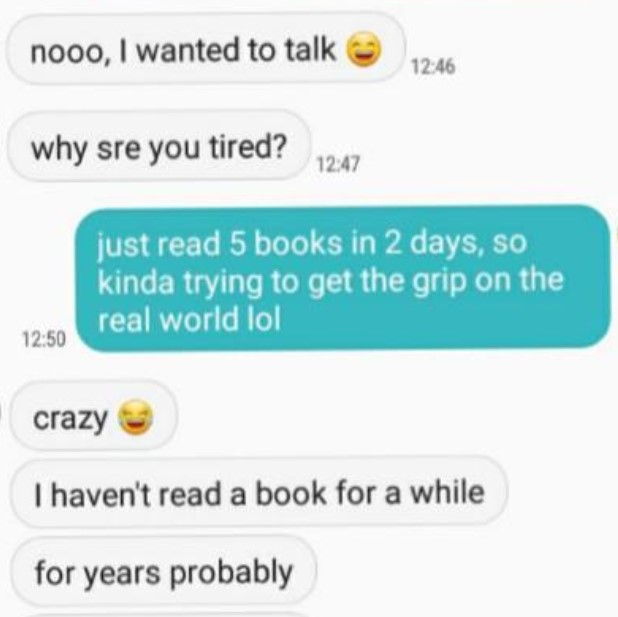 But that question is really rude. Who thinks it is okay to ask that? 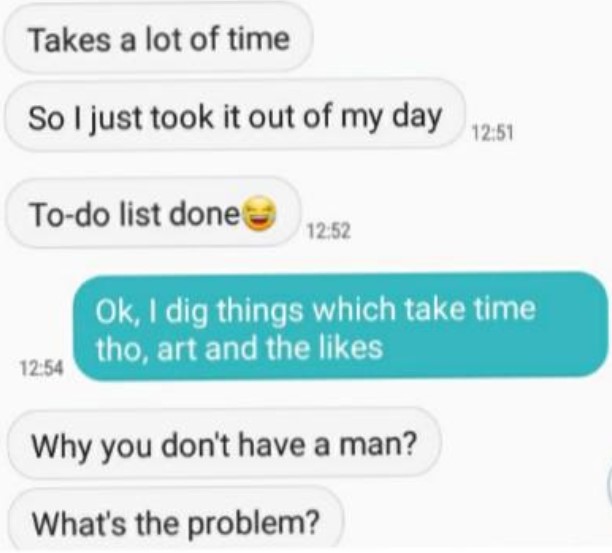 She never said that though? 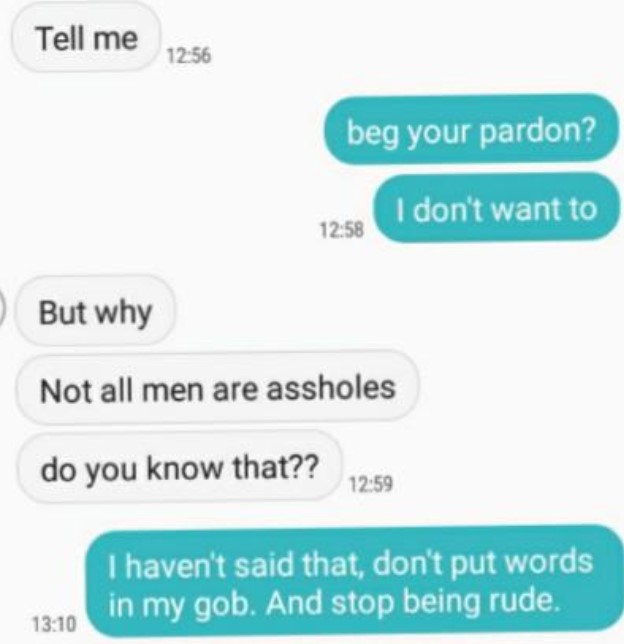 Great, A guy who thinks feminism is wrong. 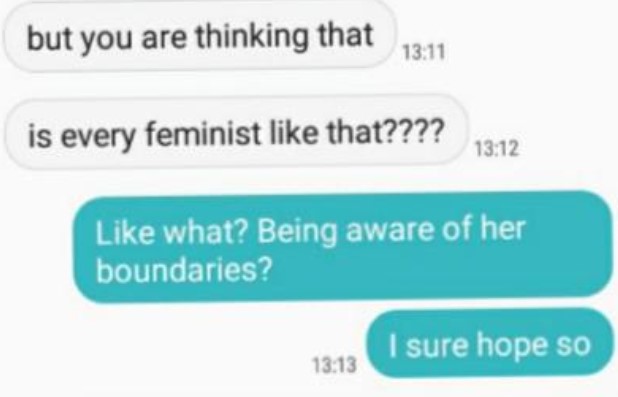 That is not how these things work, You can’t really ‘change your mind’. 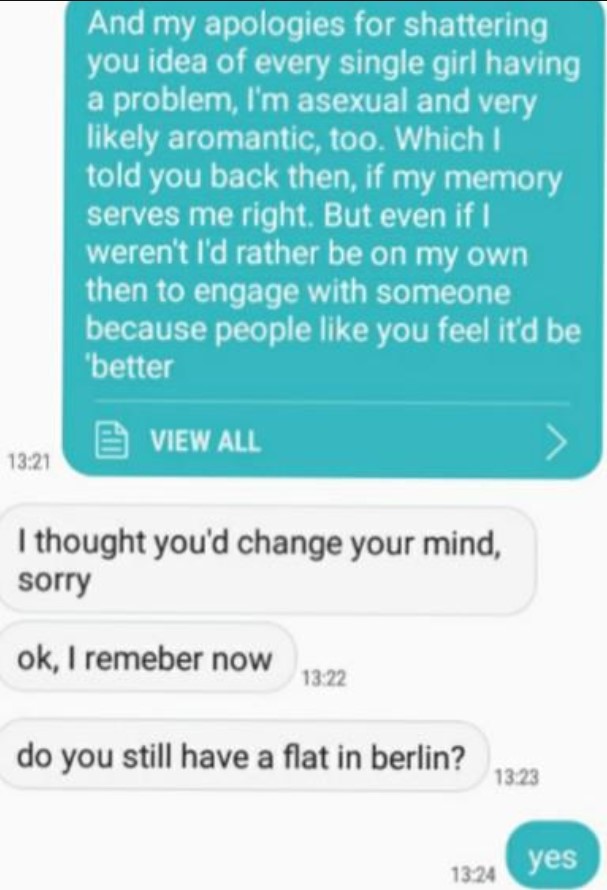 And who told him he was suddenly a friend? Giving me some creepy vibes. 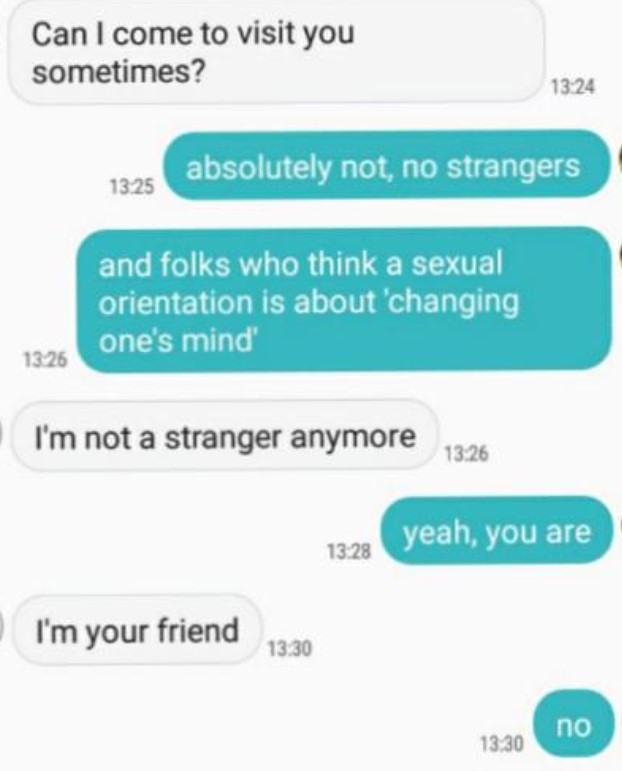 Didn’t she just tell him she was aromantic? 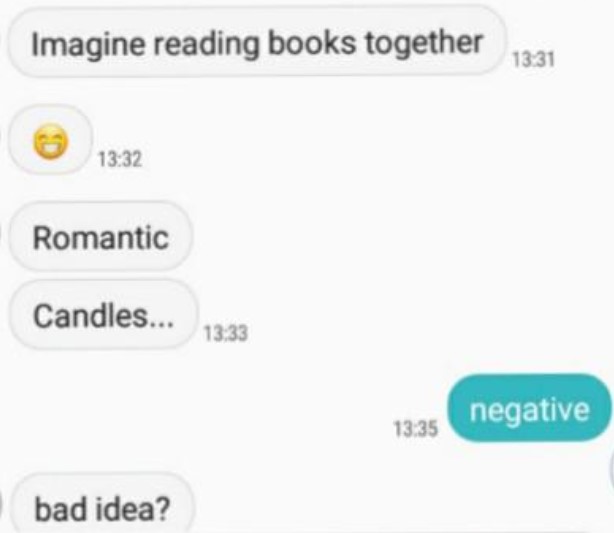 I don’t think a sane person would like this scenario. 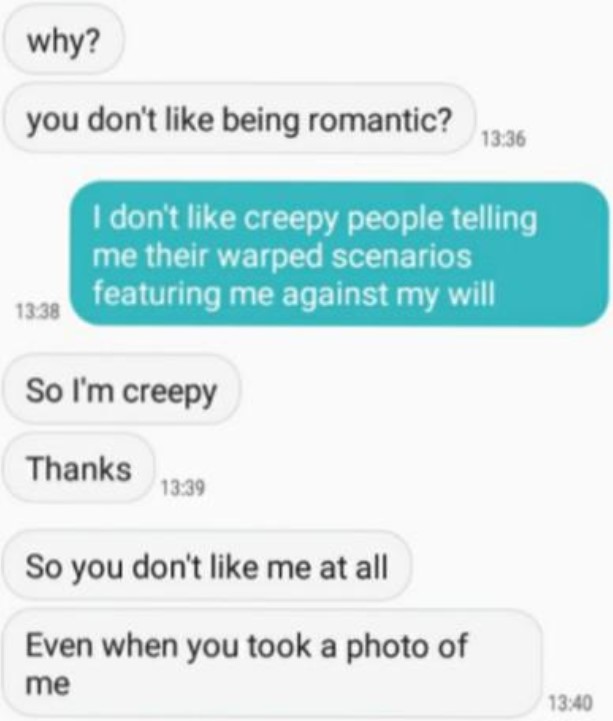 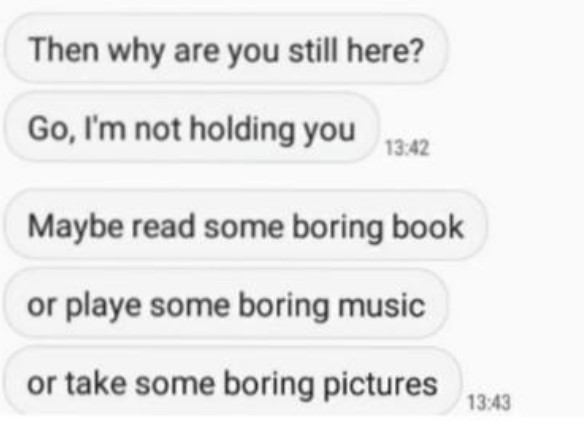 Is not having a boyfriend that big of an insult? 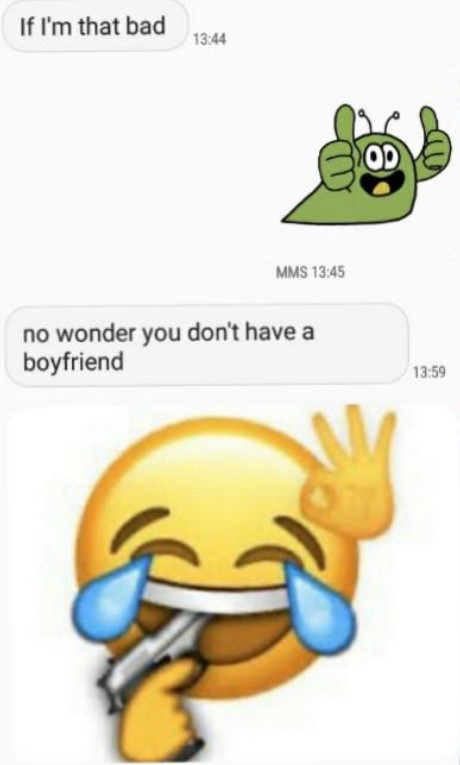 Of course, everything is wrong with her now. 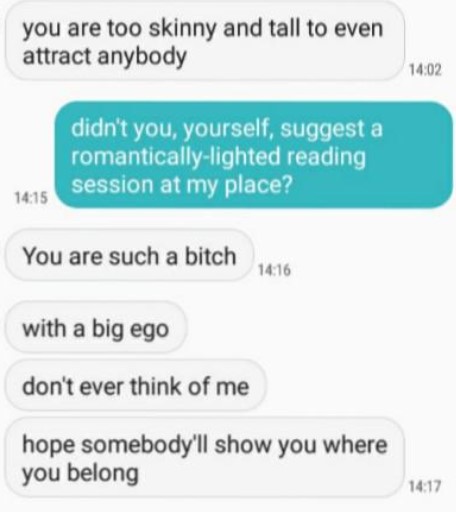 Sadly, many people go through this. 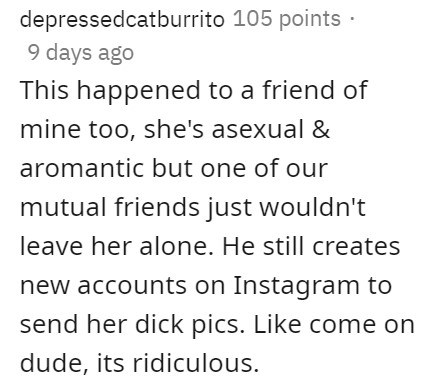 Poor girl, I had a guy once who tried to ‘fix me’ with being absolutely sleazy and disgusting, then claiming women were ‘designed’ to like men and vice versa :)) eventually ‘advised’ me to look less attractive so I wouldn’t have to deal with people wanting to mingle with me, fun times. –MessyRatIsSad

That’s 3 months wasted that you’ll never get back. 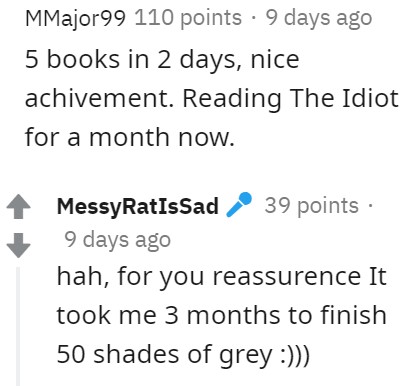 Have you had any similar conversations? if so why not share them below in the comments? We would love to hear from you.