Planning girls-night-out calls for loads of fun and excitement. Gathering up at a mutual friend’s and getting all dolled up together, doubles the fun. We all have at least one friend who can never really stay organized and have to have a mess around in order to function properly. This specific friend also usually has the ‘what to wear syndrome’ despite having tons of top-notch and trendy dresses. She has to go through all her clothes and that of her girl friends, in order to finally decide what to wear.

These night-outs usually end with a cozy night stay at the same house everybody huddled in to get ready at. It can be messy when friends come in to stay. Food and clothes scattered all over the place. People crashing at various spots around the house. In such circumstances, the last thing someone can take care of is keeping his/her stuff arranged in a neat manner.

Here’s a story of a similar friend’s night out, where things got a bit serious. “Lauren” comes in to stay at her friend u/PuzzleheadedEar7067‘s apartment as they had plans for dinner. She being her usual messy self, spreads everything open to come up with an outfit of her taste. Lauren’s friend repeatedly told her to keep her stuff off the ground as her little puppy is pretty fond of things laying on the ground and chews everything up.

Long story short, here are the consequences THE FRIEND ( u/PuzzleheadedEar7067 ) had to face for Lauren being so messy and careless. Her puppy’s life was at stake! Is she TA for asking Lauren to cover the expenses of her puppy’s treatment? You’re the judge!

1. Lauren drops in at my apartment 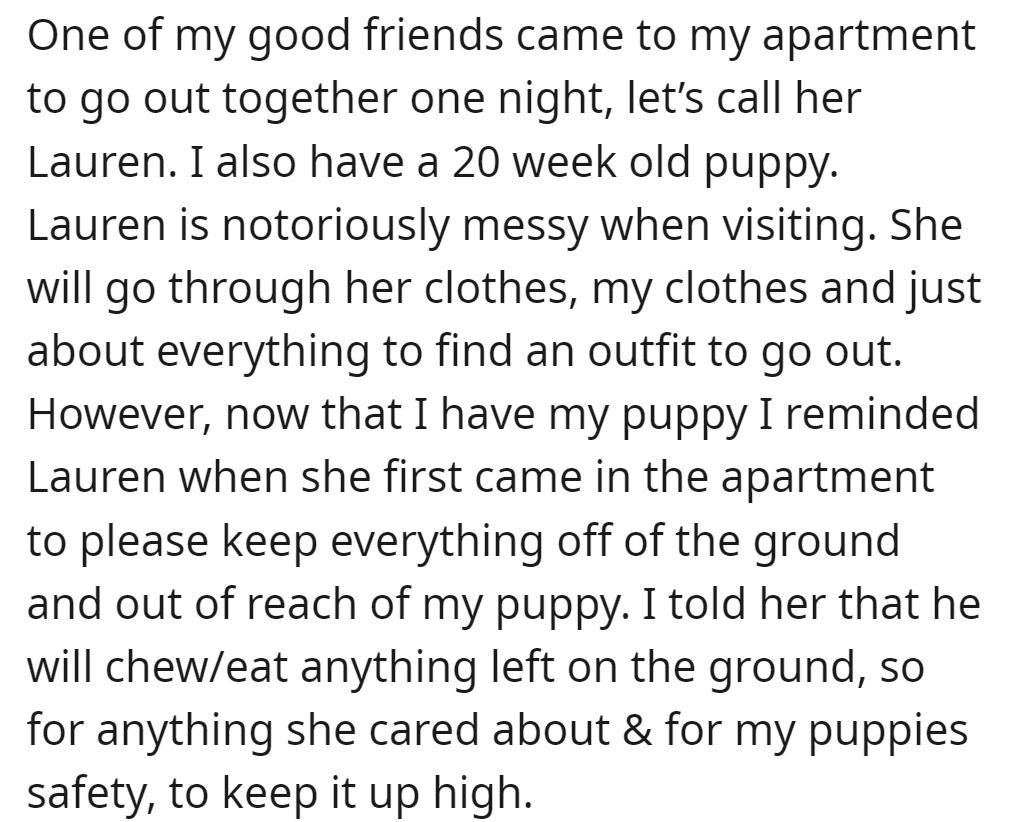 You warned her just right

2.  Lauren being her usual clumsy self… 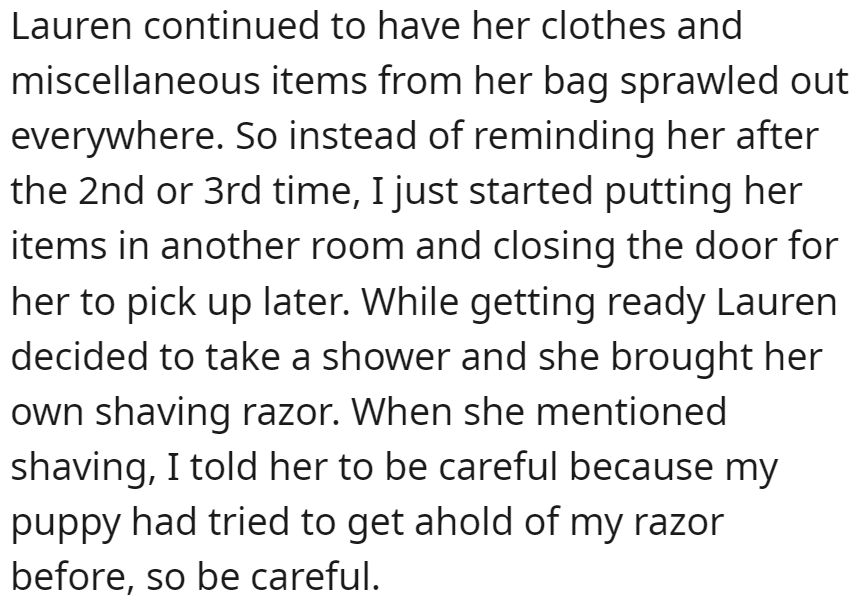 Brushing off concerns can bring about worse consequences

3. Going out and coming back to something pretty painful

Poor little poochie! This does raise some eyebrows, though

4. Cleaning out the mess…

About time she leaves!

5. The thought that the puppy might have eaten the bikini shaver

A razor is not a thing to be put around like that, it is risky for anyone around the place to be exposed to a bare blade…

6. The suspicion turns out to be true!

7. Telling the culprit that the puppy is hanging between life and death

8. Good friends don’t back off like that, that’s what she must have asked herself 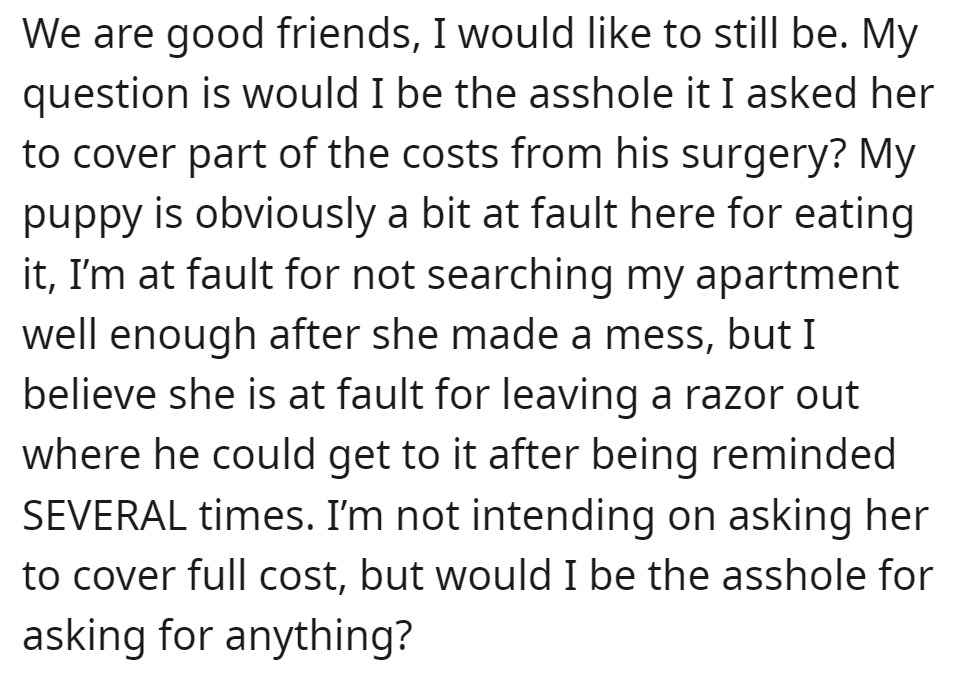 It’s pretty obvious who the bad guy is, here. Clearly, it’s not you, you played your part by cautioning her!

Every life counts and that of an innocent puppy counts the most! People came out to rescue to clear u/PuzzleheadedEar7067‘s concerns of being TA (which in this case she clearly isn’t). Lauren being an irresponsible dumbo did exactly what she was told NOT TO.

10. Testing how long is she willing to flock together with you! 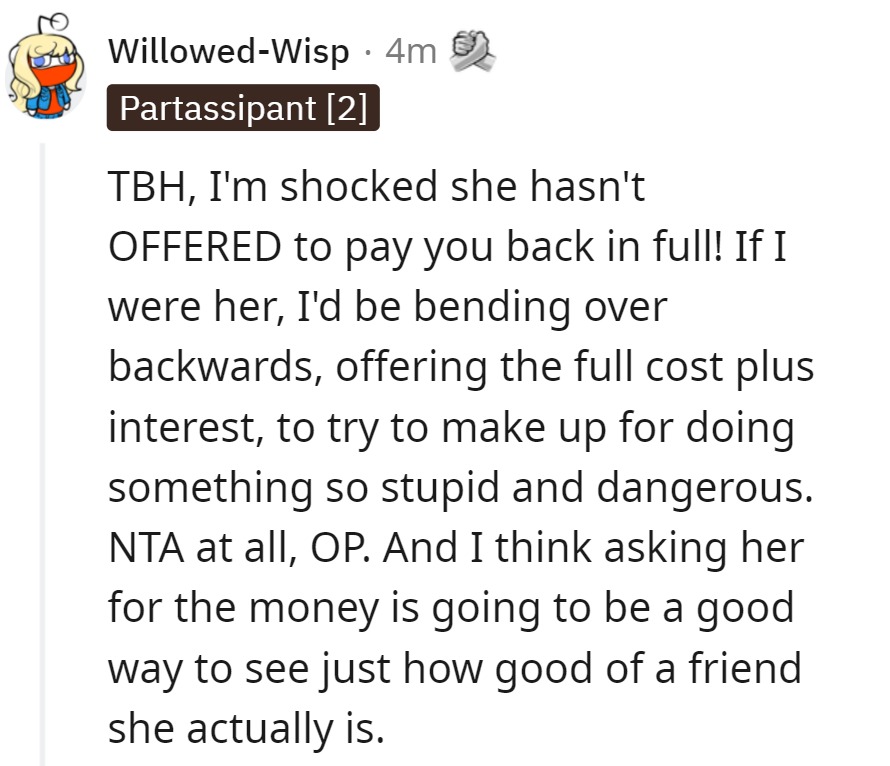 11. You should reconsider calling her a friend even, for being so unconcerned in the first place 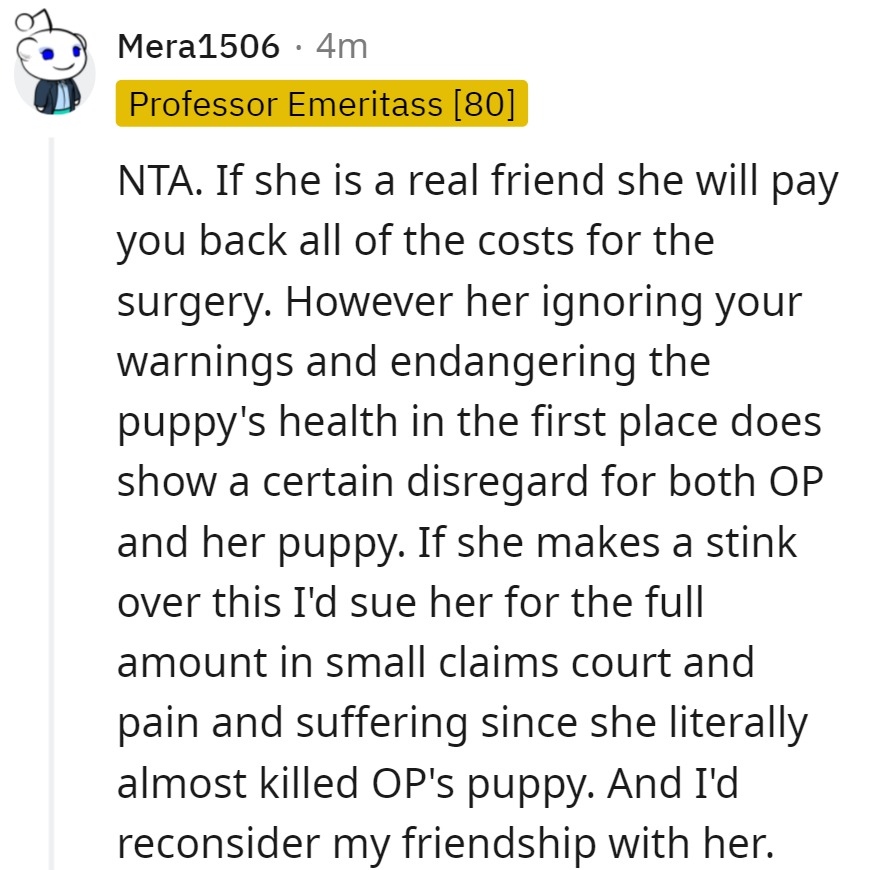 12. NTA, her goon self almost cost you your puppy 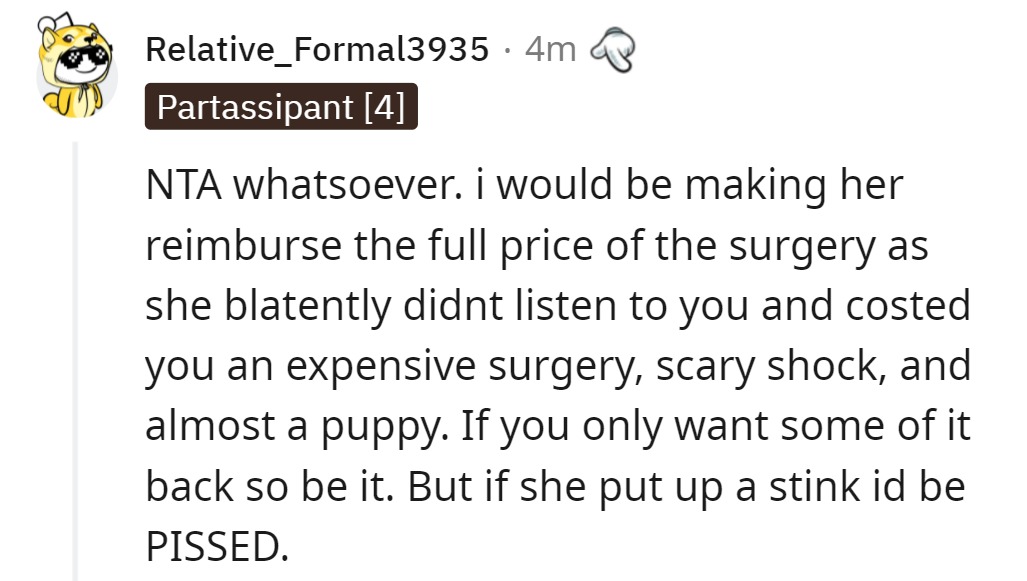 13. Making yourself crystal clear once and for all 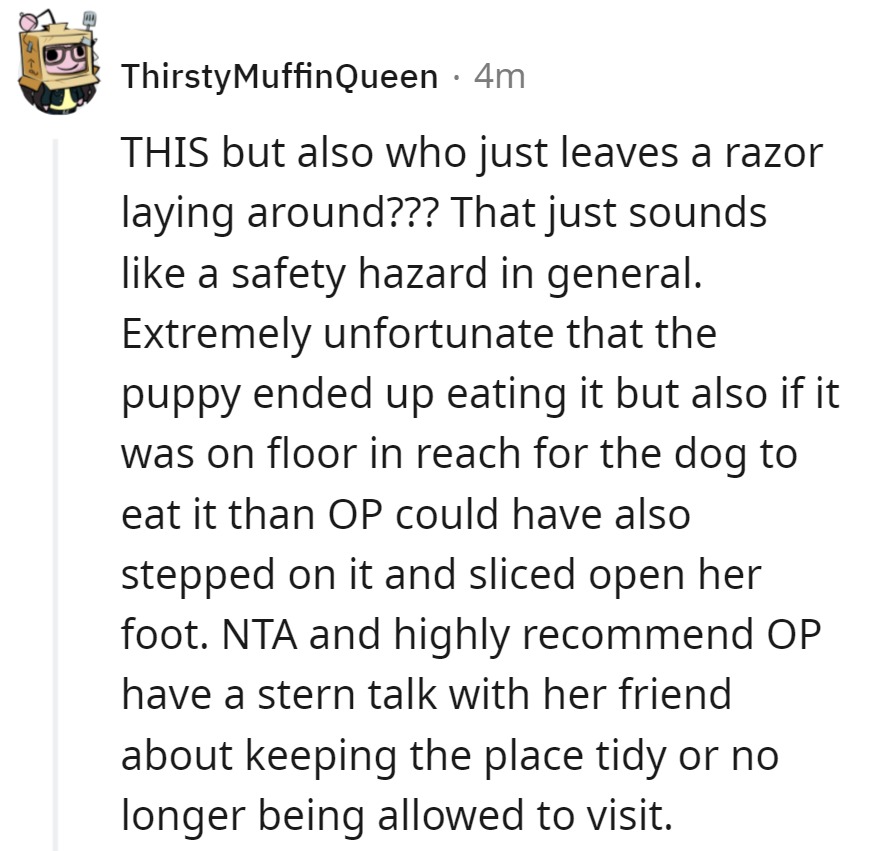 14. Well, we all have that one friend but Lauren’s a gone case

People have made it pretty clear who is the as* hole, here. Things could have gotten worse, for the girl and for her puppy. We hope the little angel is fine now and doing good. We too, all in all, support u/PuzzleheadedEar7067‘s stance. Lauren needs to pay for her actions and for making you go through so much of the pain. Money can’t overthrow the anxiety you had to deal with. But all this cost you an extra hassle and she should compensate financially, that’s the least she should do!

What’s your take on this? Lauren deserves to be cut off completely and also about her covering the financial dealings of the surgery? Do let us know in the comments below!