The stereotype is actually true. Cats are one of the naughtiest pets on this planet. Do not put your guard down around them for a second. And the best part is, they feel no remorse after whatever they do. Got a new Christmas tree that you spent hours putting up? Too bad because that’s going to be your cat’s worst enemy until it goes down. Running out of toilet paper? You better expect your feline friend to destroy the little that’s left.

They do this out of boredom and curiosity, not because they have anything against you. They just enjoy ruining people’s lives. Cats aren’t just fluffy balls of cuteness. They are chaos and anarchy. Don’t fall for that appearance. It’s a trap. Since they were considered gods at one point in life, I don’t think they’ve forgotten that and still choose to do whatever they want without facing any consequences. Here are 10+ photos of naughty cats that prove they’re cute little monsters: 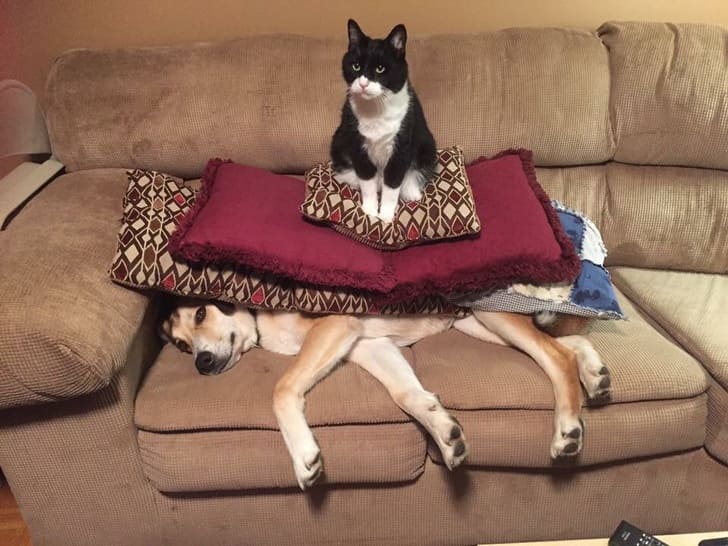 2. “Head-bump loving cats are the worst when they have the cone of shame!” 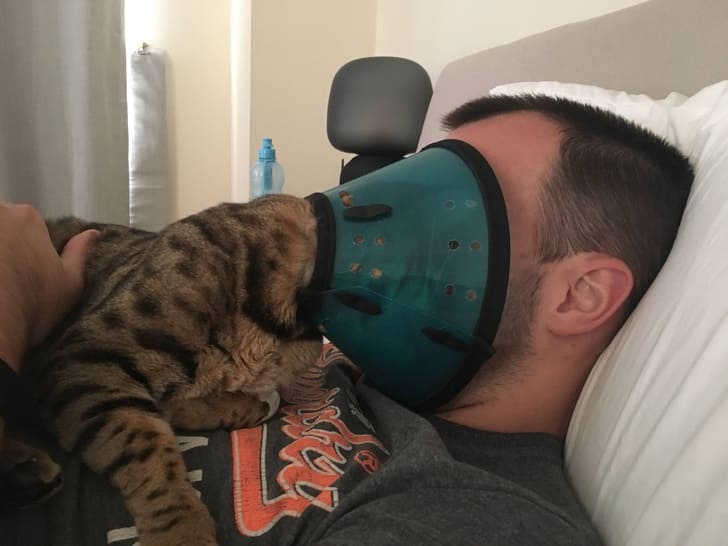 3. “Oh, were you going to cook something in that?” 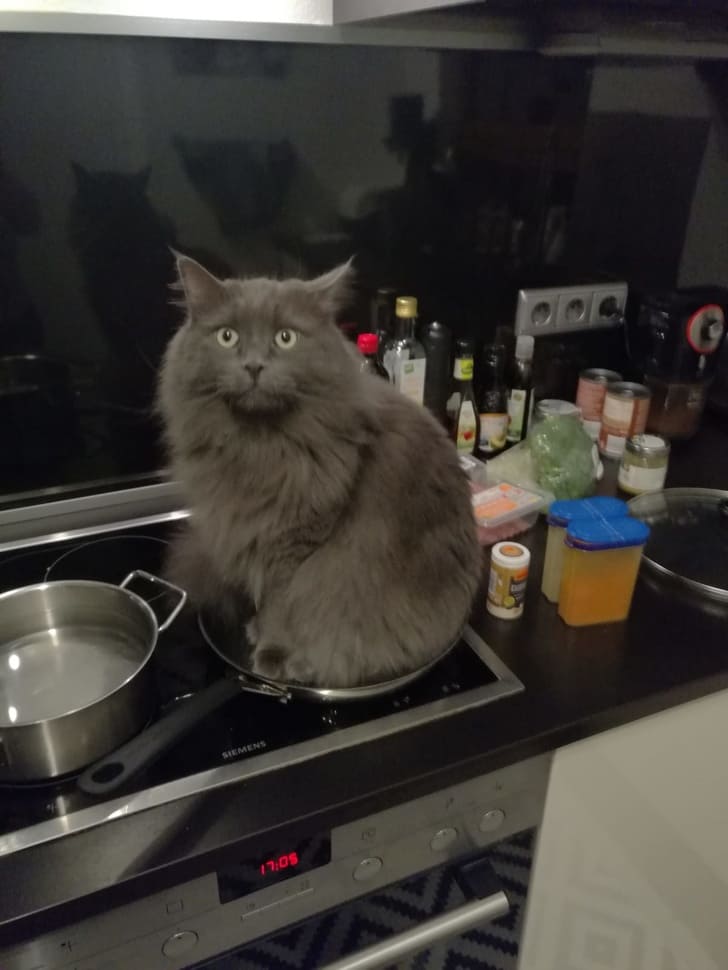 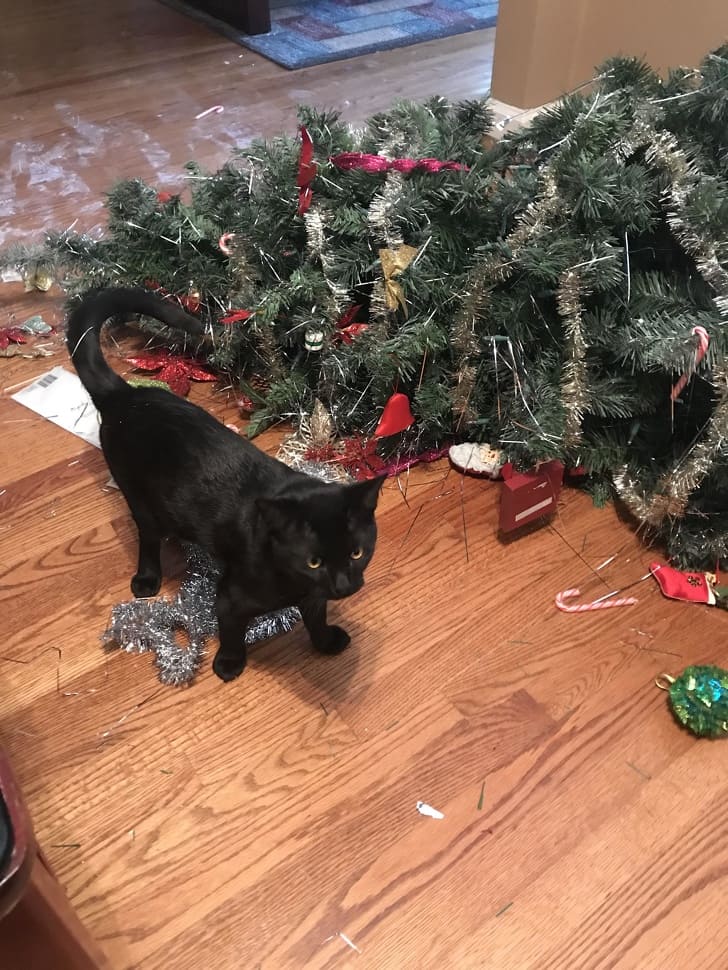 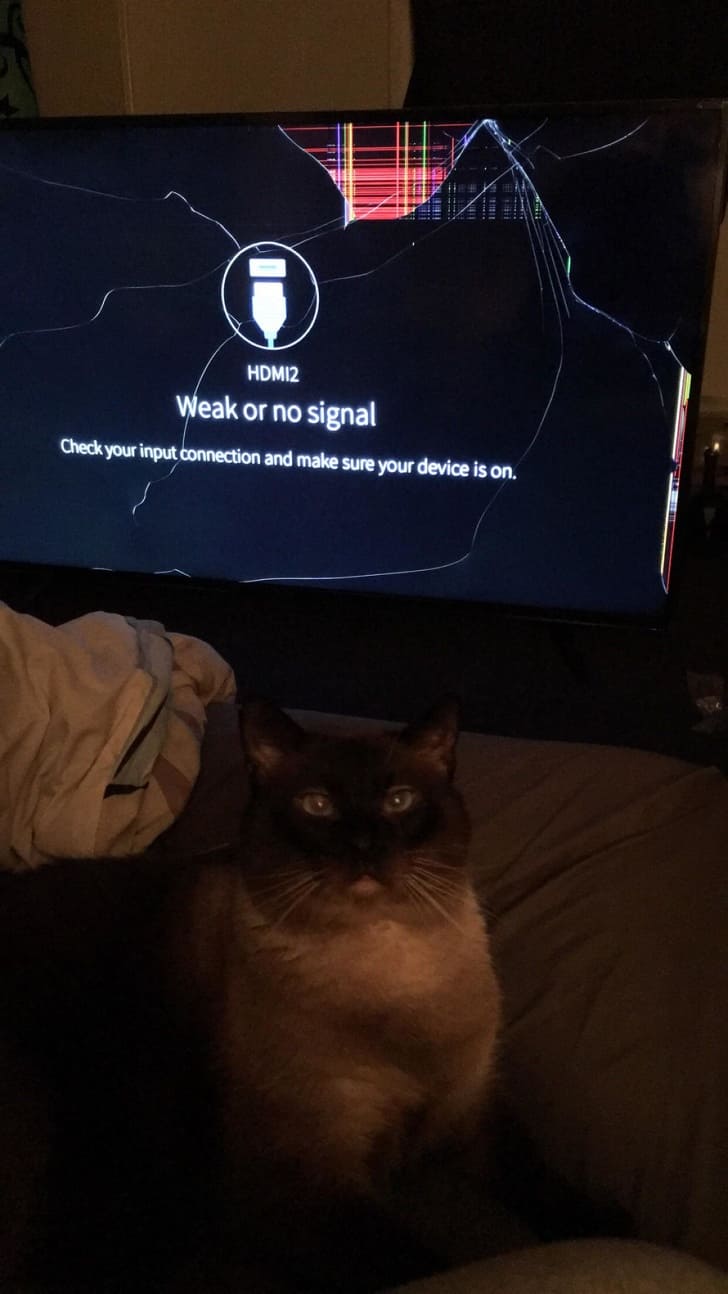 6. “Our local shelter just posted a photo of a cat that got adopted, I think he likes his new home.” 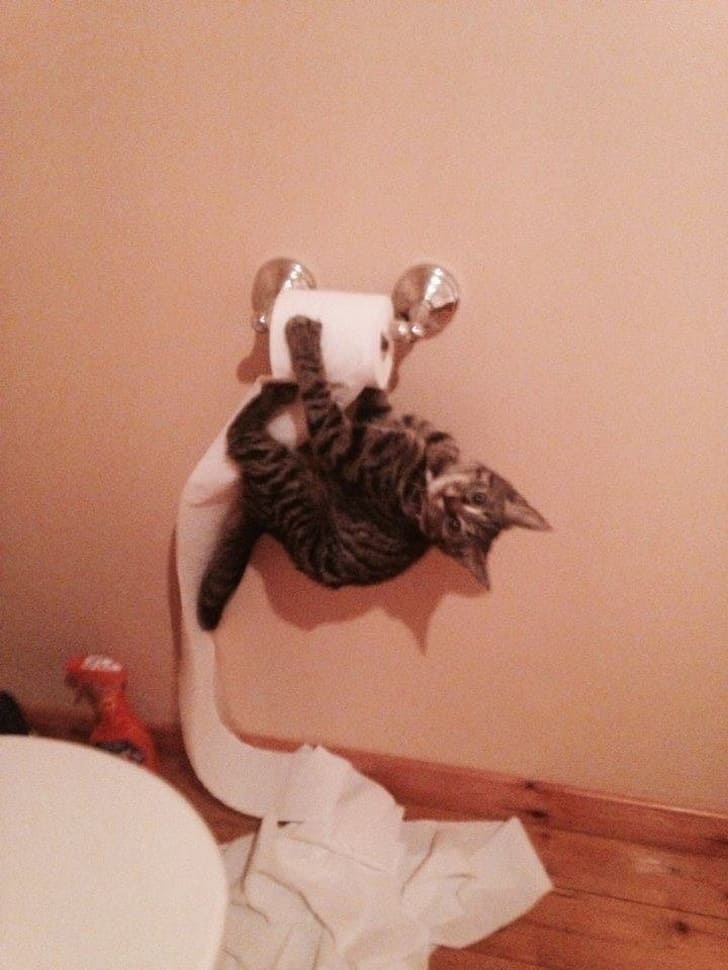 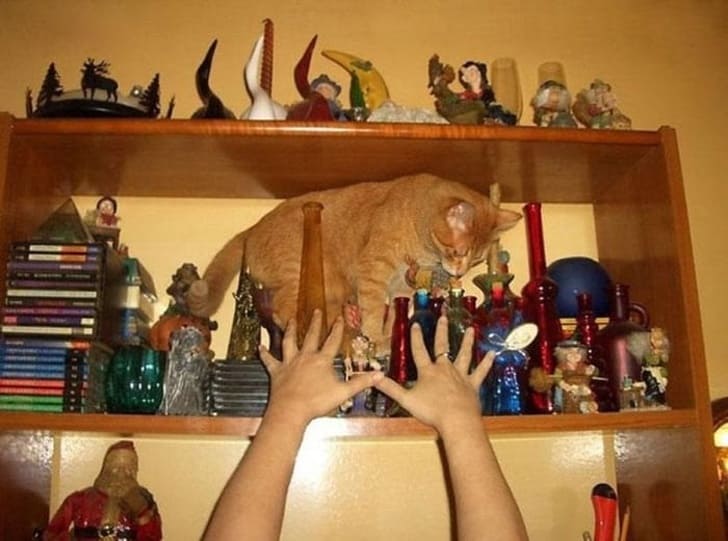 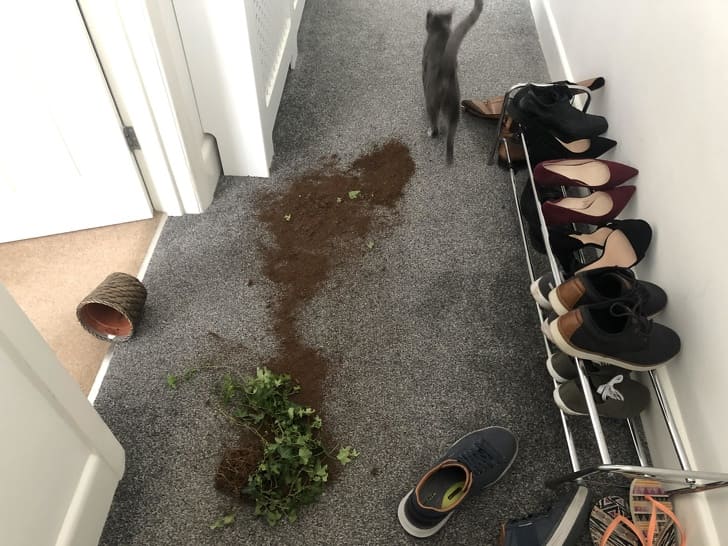 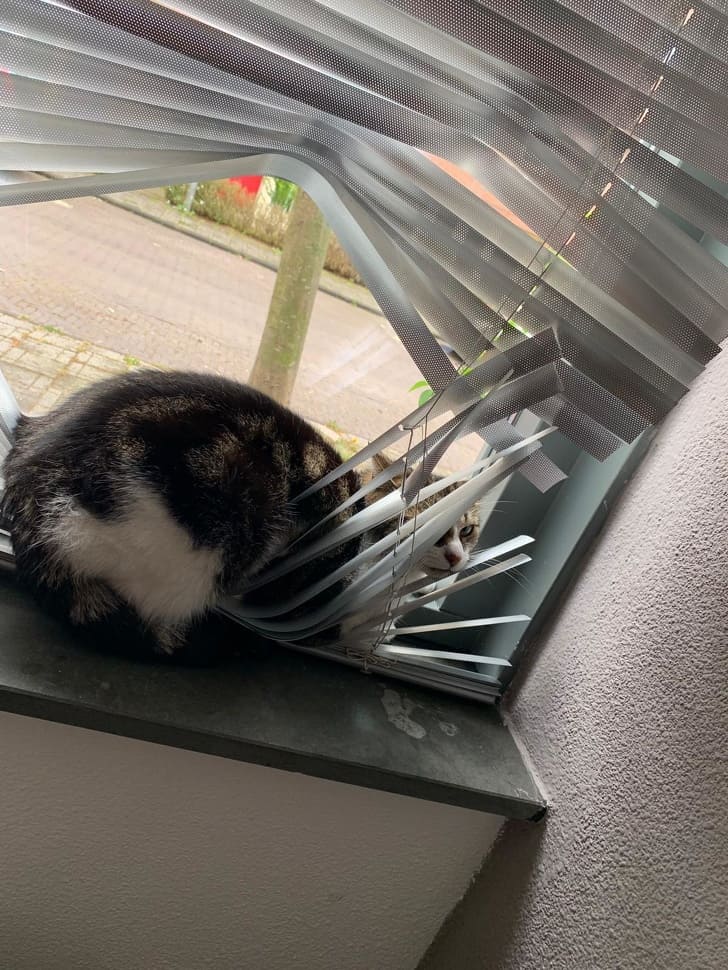 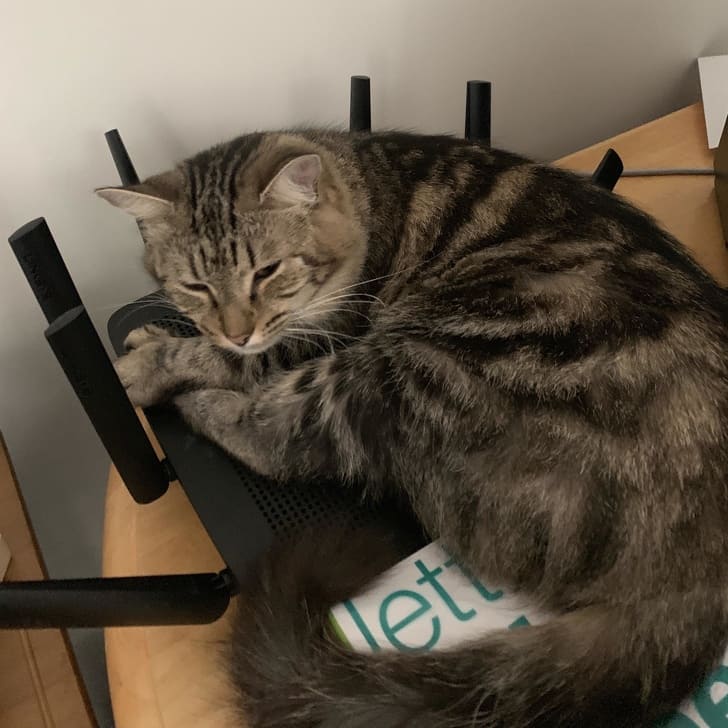 11. “He pushed the middle towel off the bed so he could snuggle between the other 2.” 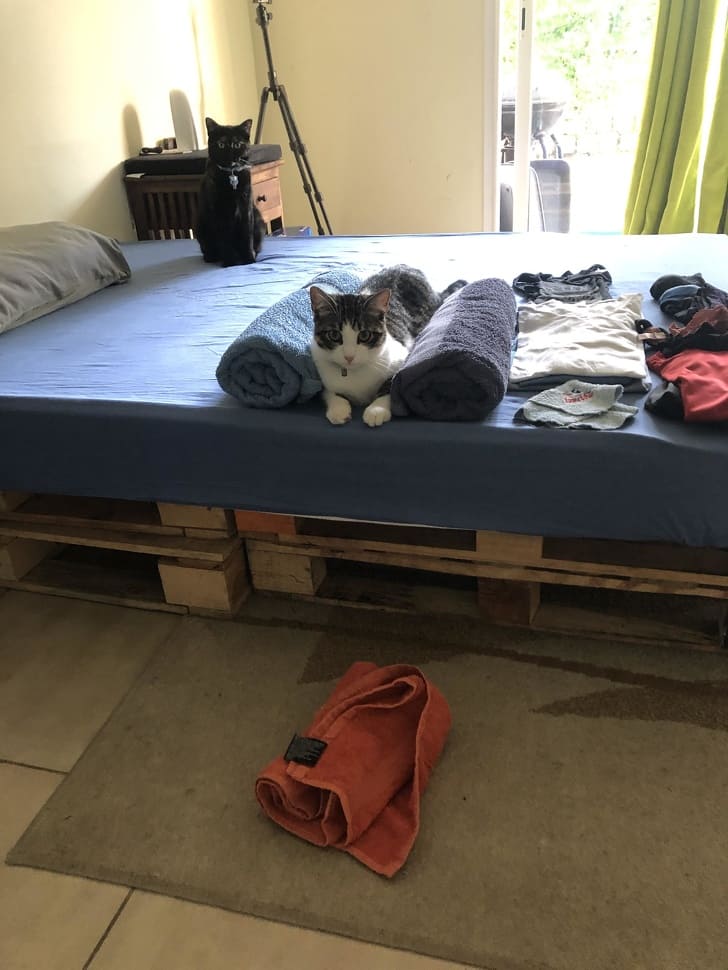 12. “The cat knocked my daughter’s fishbowl off the dresser.” 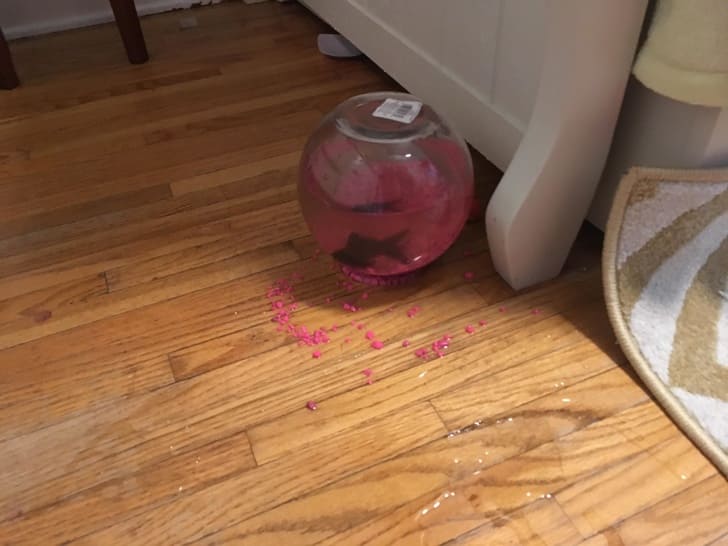 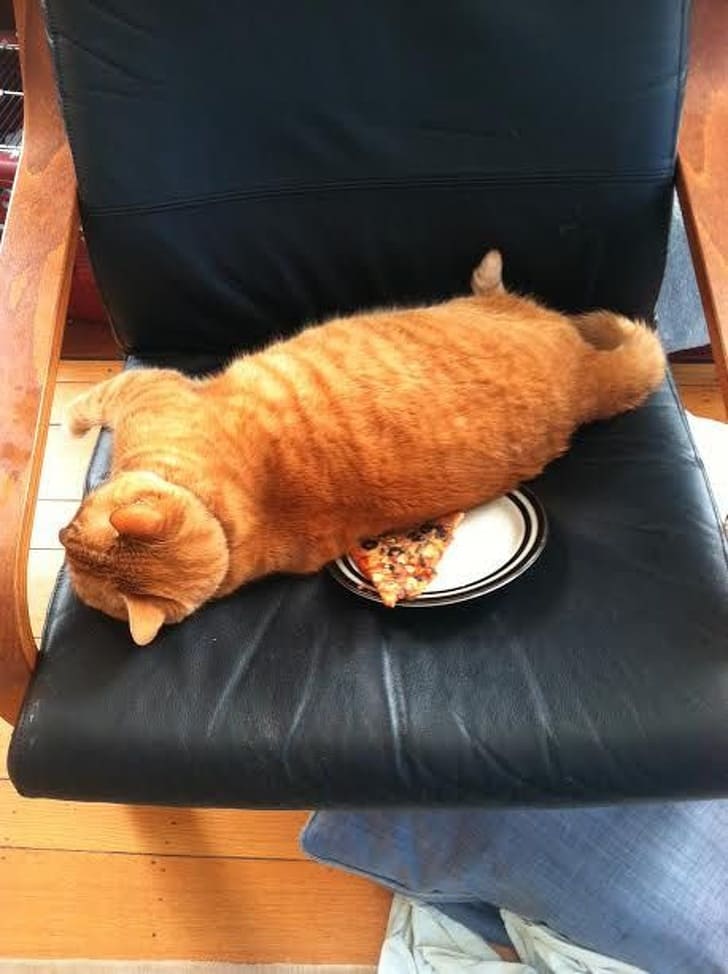 They might be tiny, but they are capable of creating havoc more than anyone else. Their appearance makes them look innocent and vulnerable, but trust me, they are the devil in disguise. It is like they feed off of their owner’s misery. So, if you’re planning to adopt a cat, don’t say we didn’t warn you. It’ll be worth it though. 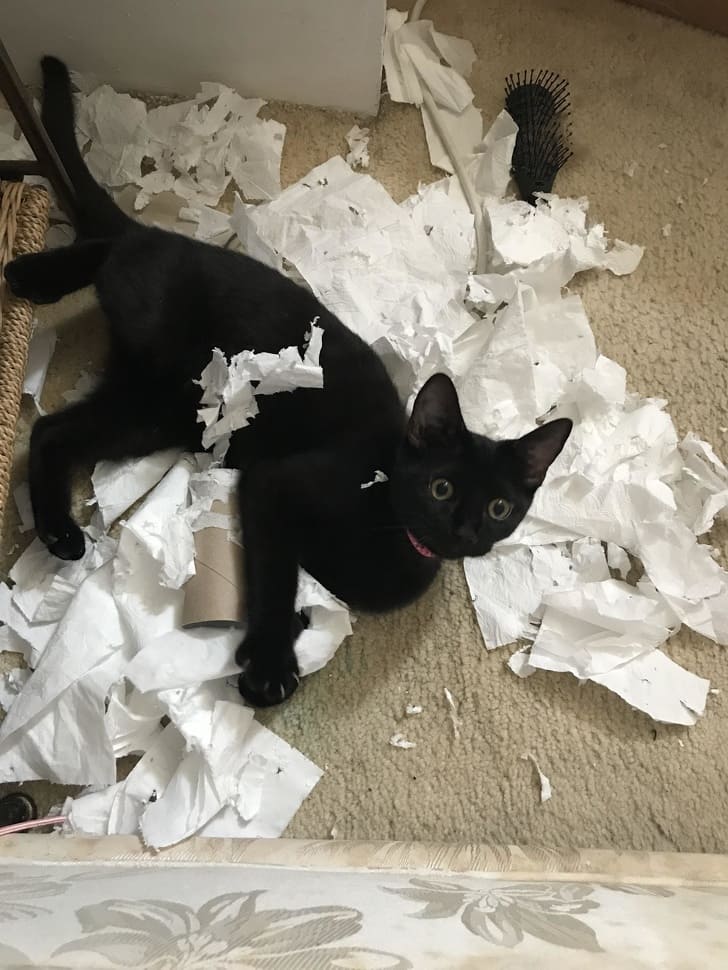 15. “My wife and our cat, Olivia, are in a constant battle for control of my wife’s pregnancy pillow. Yesterday, the cat won.” 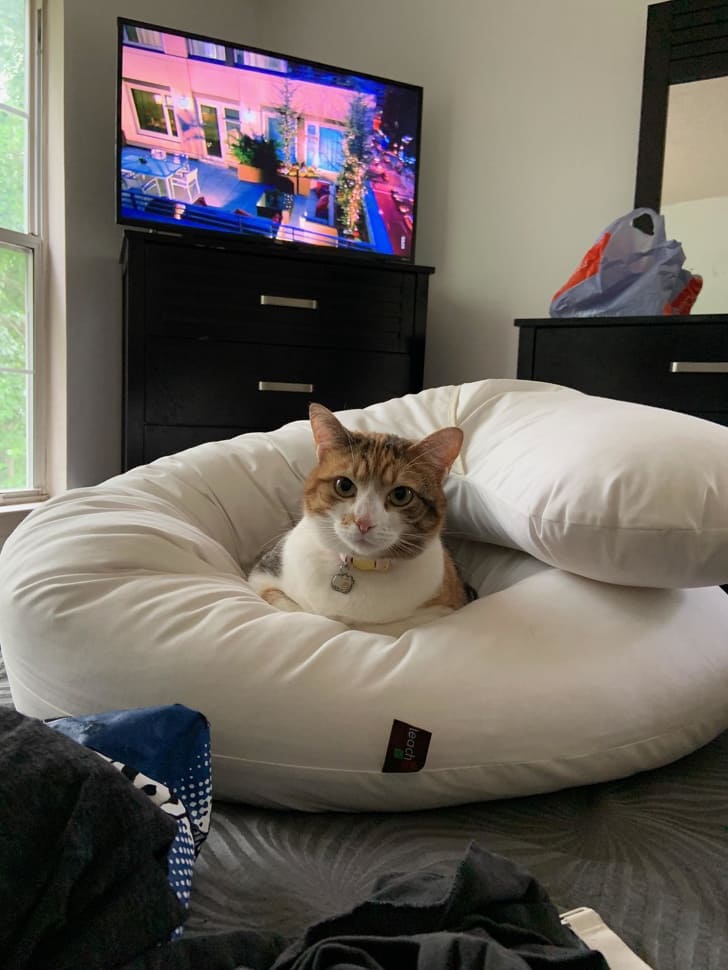 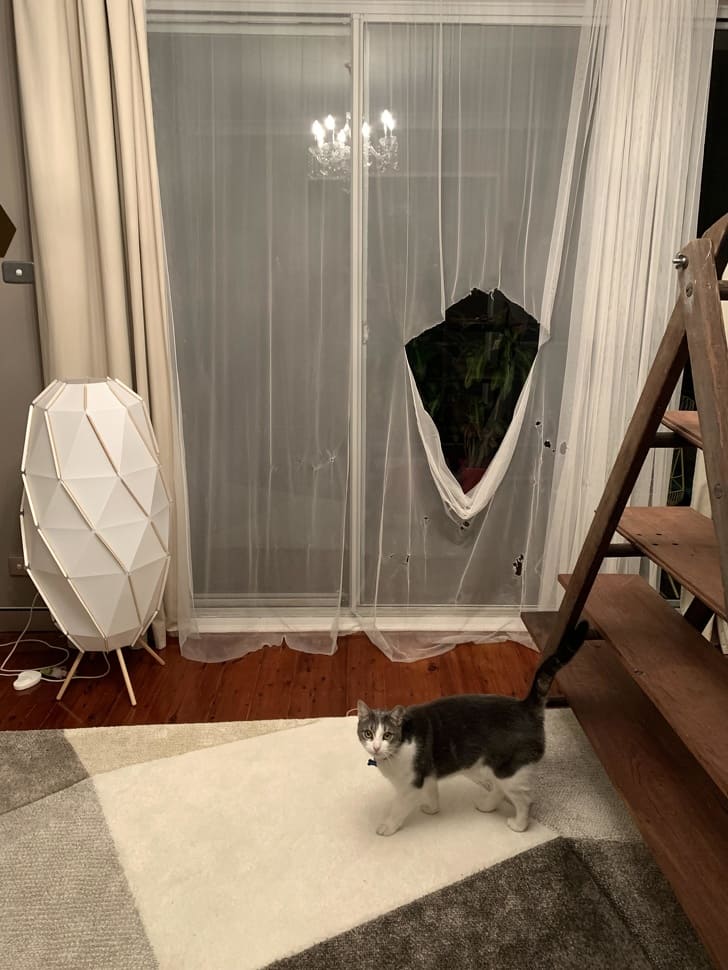 17.“My cat after I tried taking back my laptop.” 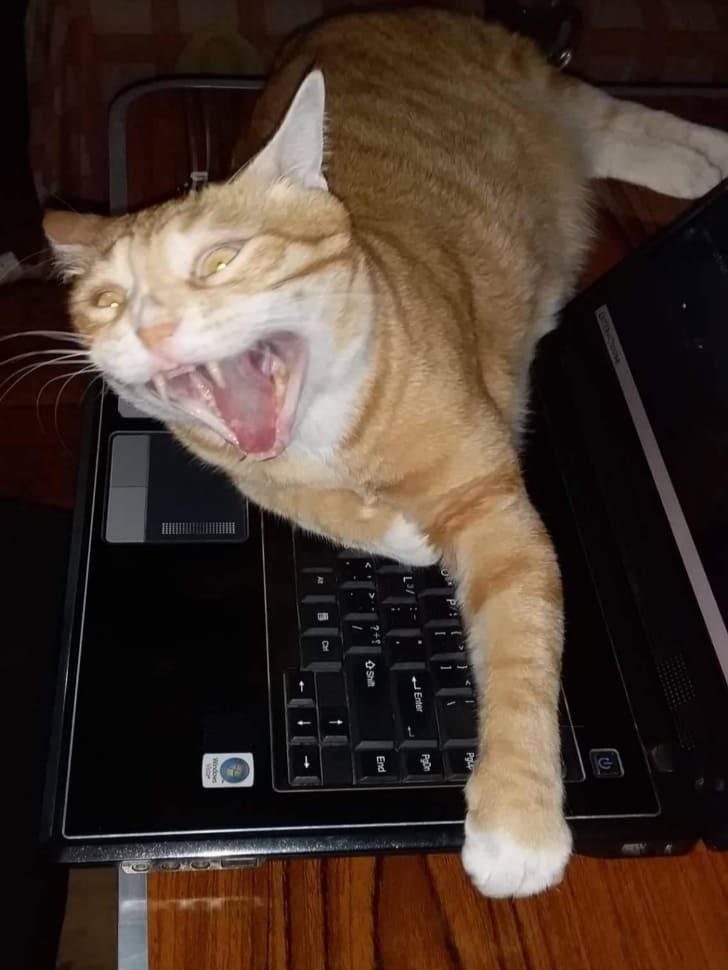 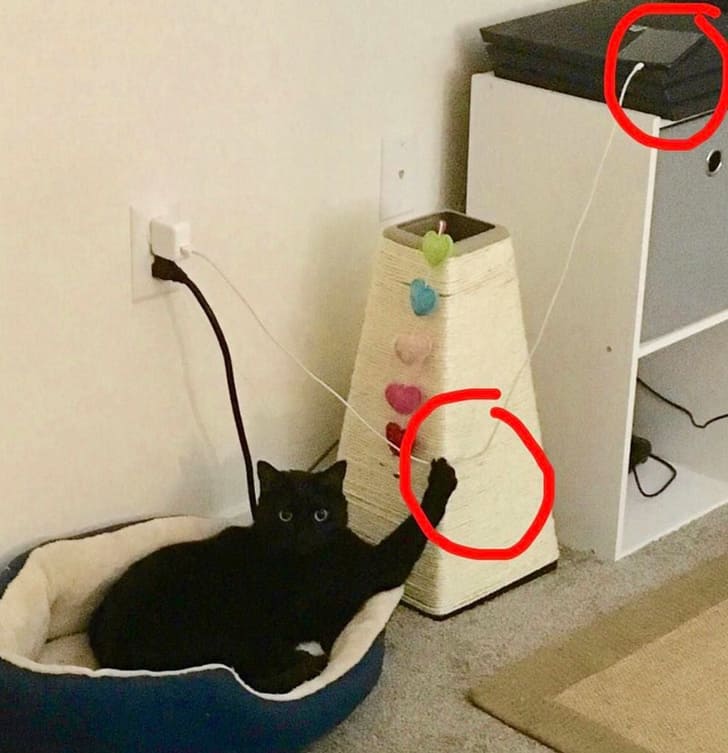 19. “My cat scratches the couch and sits on the scratching post.” 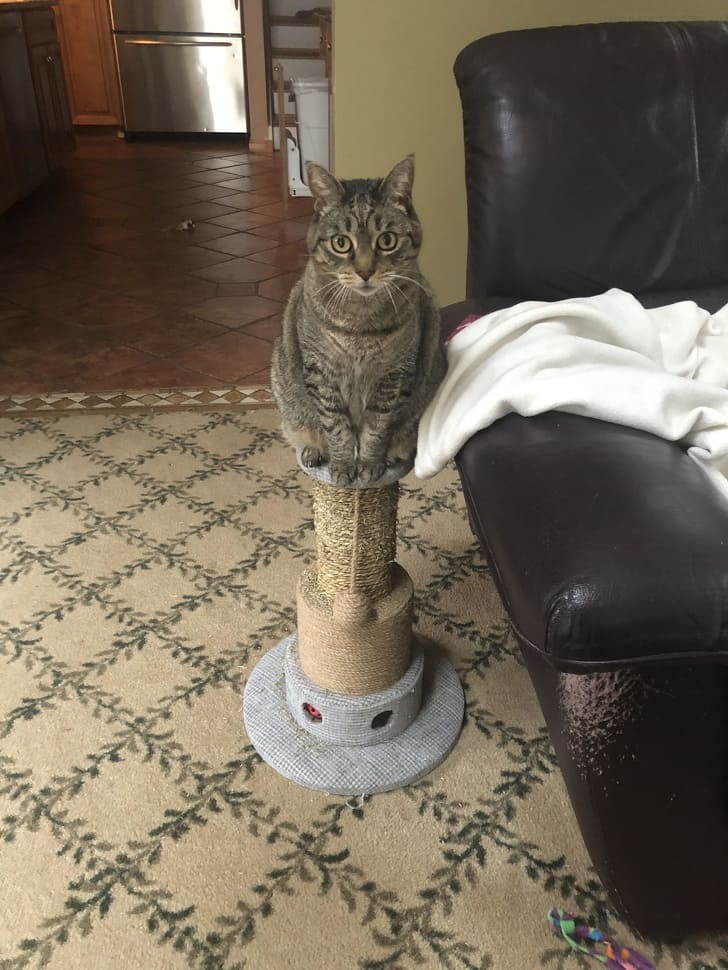 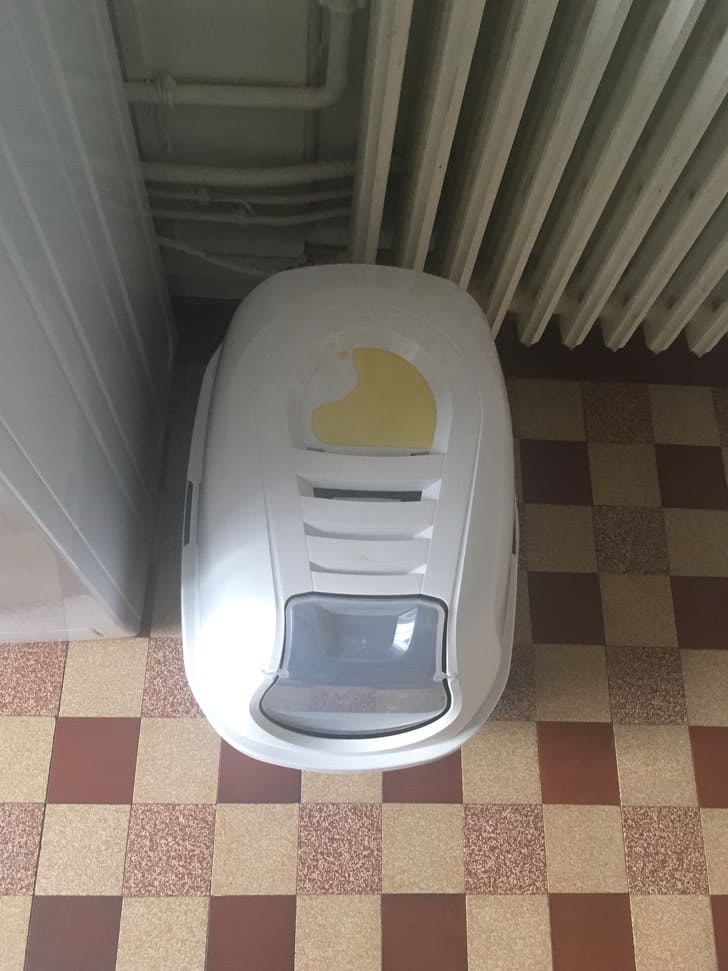 21. “She looked guilty for a split second, then continued with her rampage.” 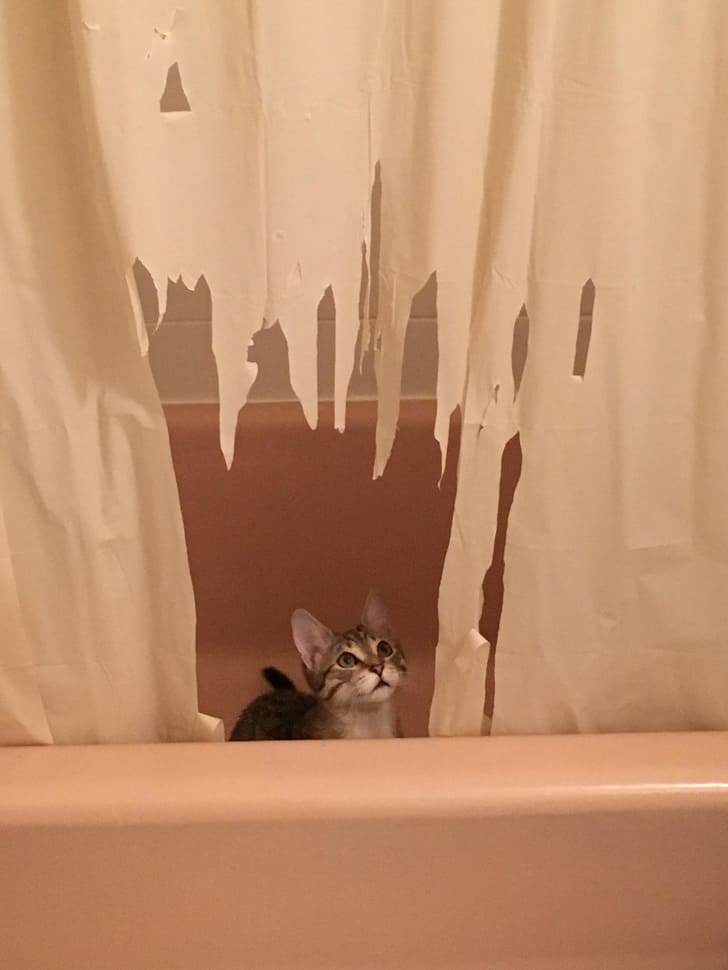 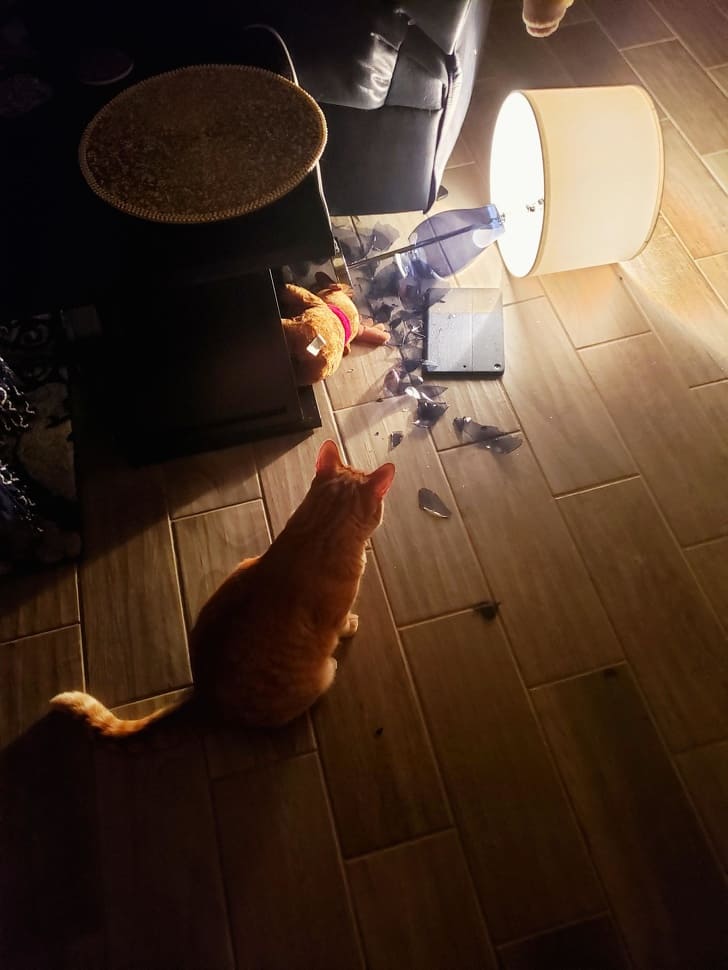 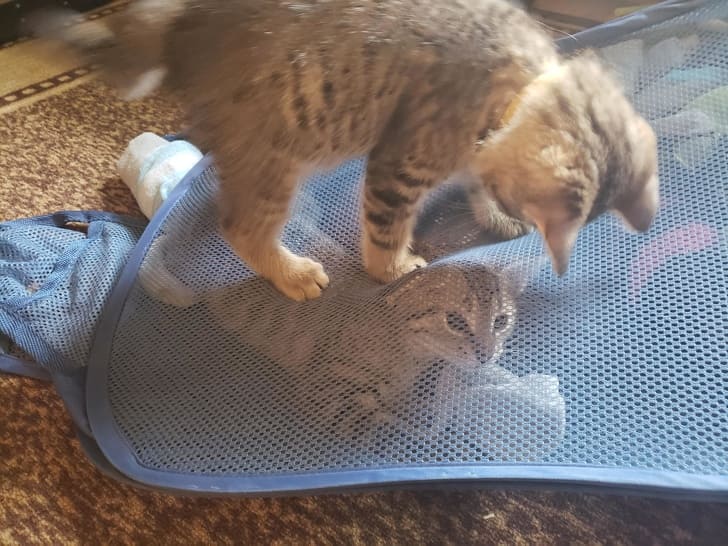 25. “My cat occasionally visits our neighbours. Today she came back with a little snack.” 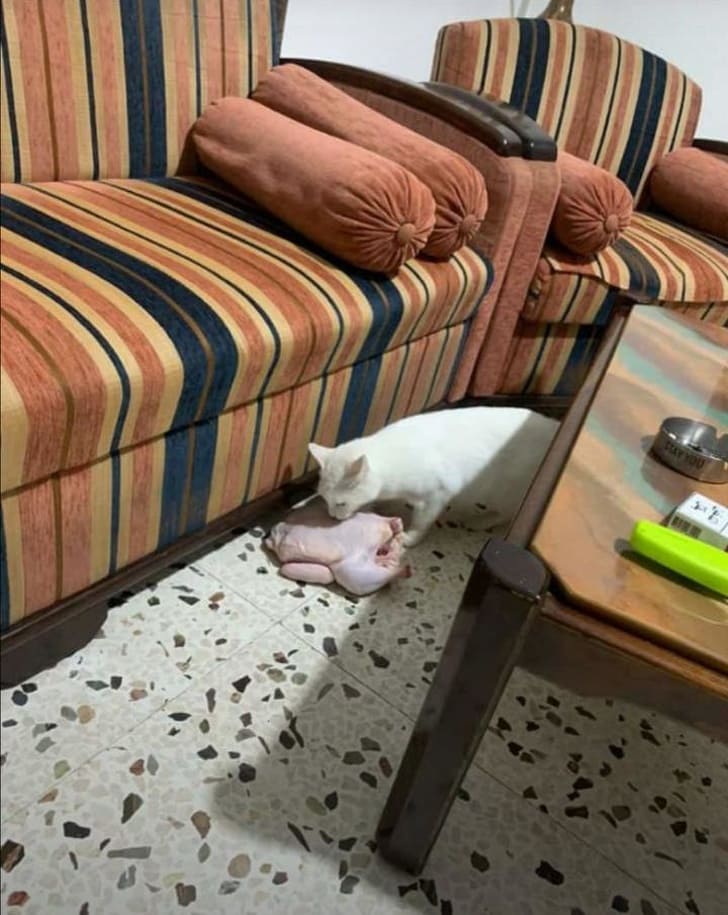 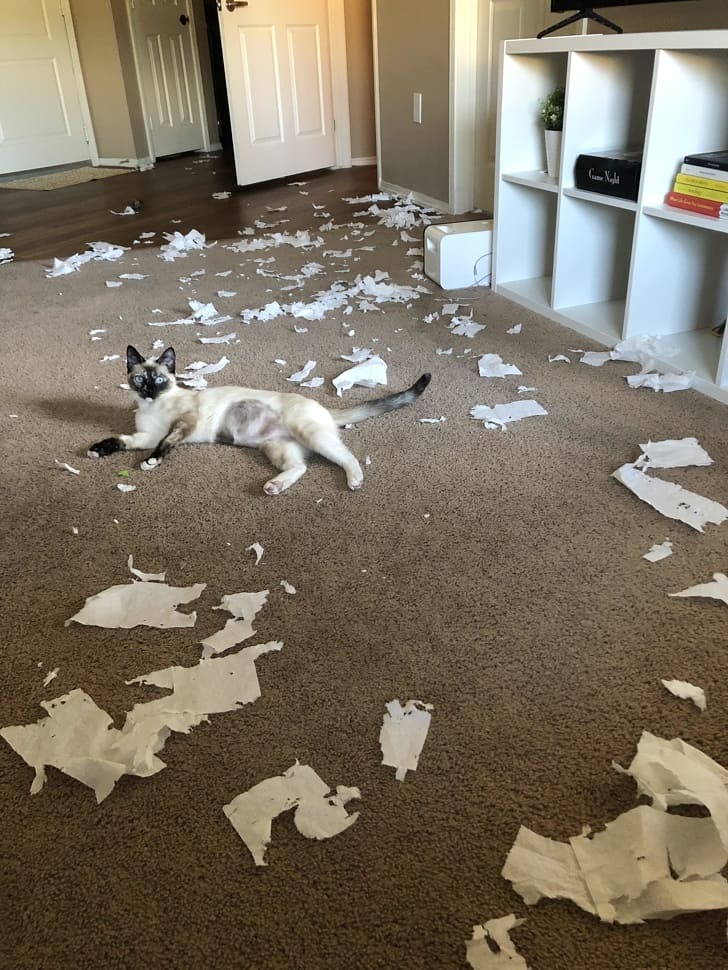 What do you think of these hilarious stories? Does your cat create chaos too? Share your stories with us in the comments below! 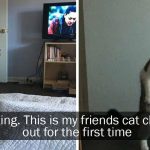 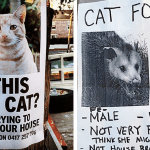 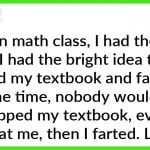