Clogging a toilet that isn’t in your own home is a nightmare in itself.

However, people tend to be fine with it if it is clogged in a hotel. Hey, you will check out and the problem is not yours anymore, right? People really do bring out their inner demons when they are away from home. At home, you act a little restricted and clean because you know you will have to clear up every mess you make. However, in hotel stays, it is the housekeeper and the management’s headache. The poor people just walk into the room and they see a nightmare of an area just waiting for them to clean up. Don’t be one of those people. Try to clean up your mess before checking out. It won’t make you any less of a human.

This Tumblr story has been going viral for all the right reasons. Trust me, it might sound a little boring right now but it will be the best thing you will read today. This plumber had a hard time unclogging the toilet and then found a surprise at the end. Scroll down below to read the whole story:

The story started off at a roadside motel where plumber visits were quite regular because the building was old. 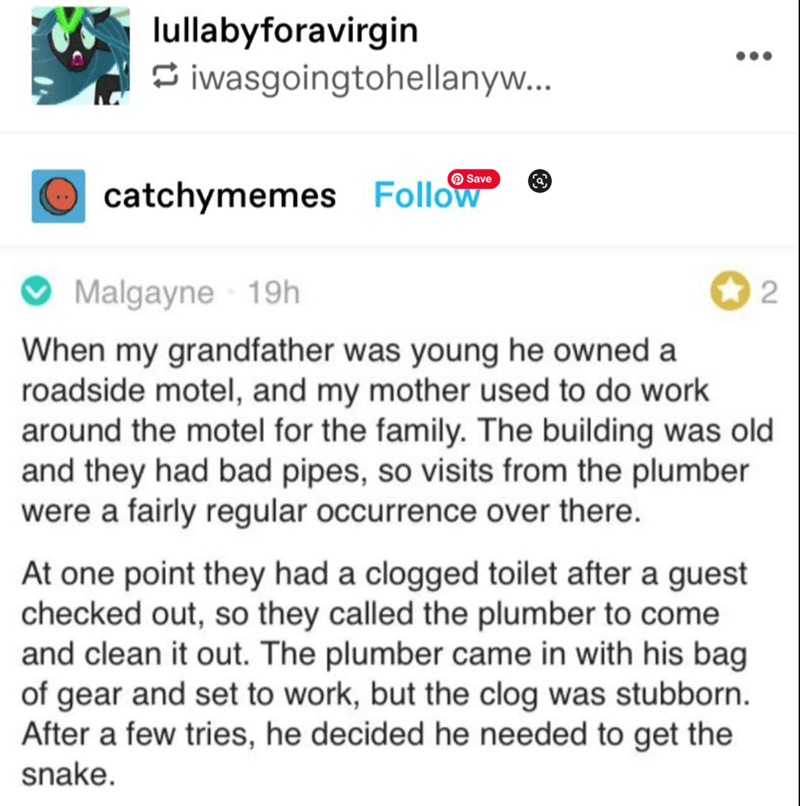 So one day there was a terrible clog and the plumber was called, he tried everything to unclog it but nothing worked, so he brought out the plumbing snake. 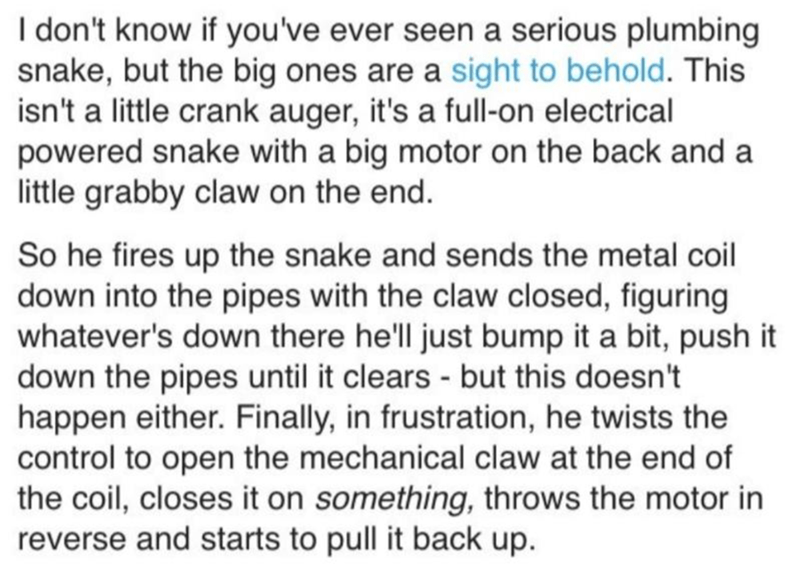 They waited for a while for something to come out, and then finally the snake pulled out a shower curtain. 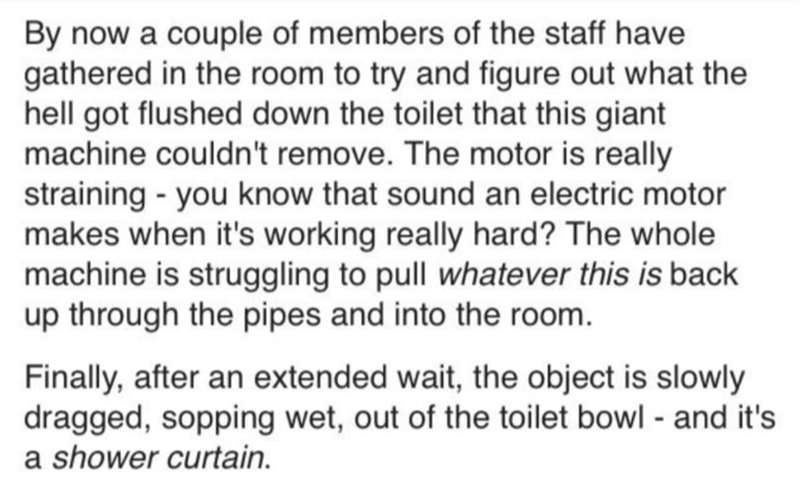 The staff was confused as to how a shower curtain got flushed down. That was before they received a call followed by someone’s screaming. 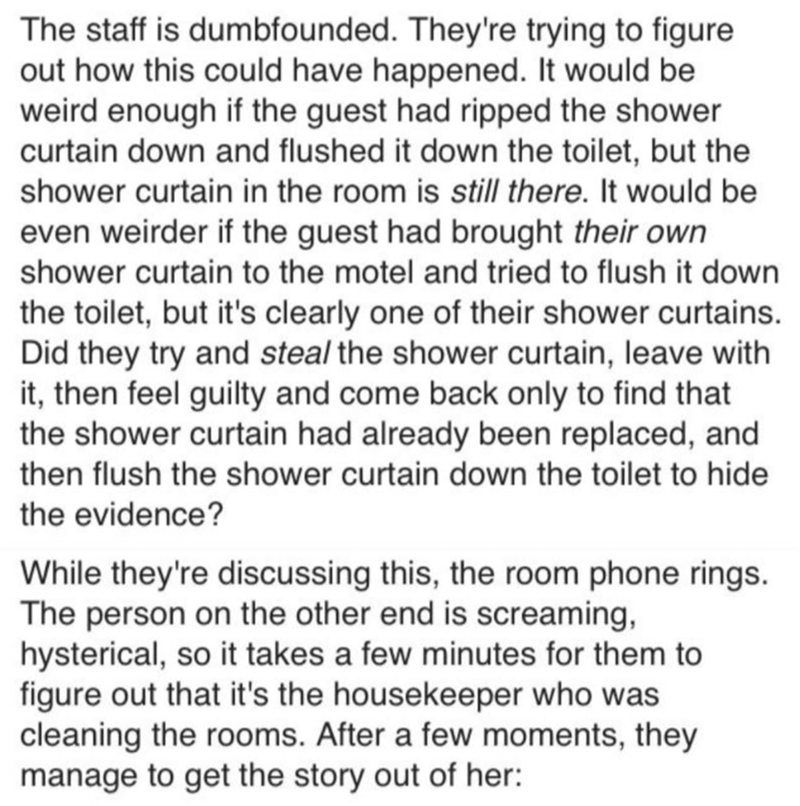 It turned out, the snake made its way to the bathroom next door and pulled the shower curtain off the rails, causing the housekeeper to panic. 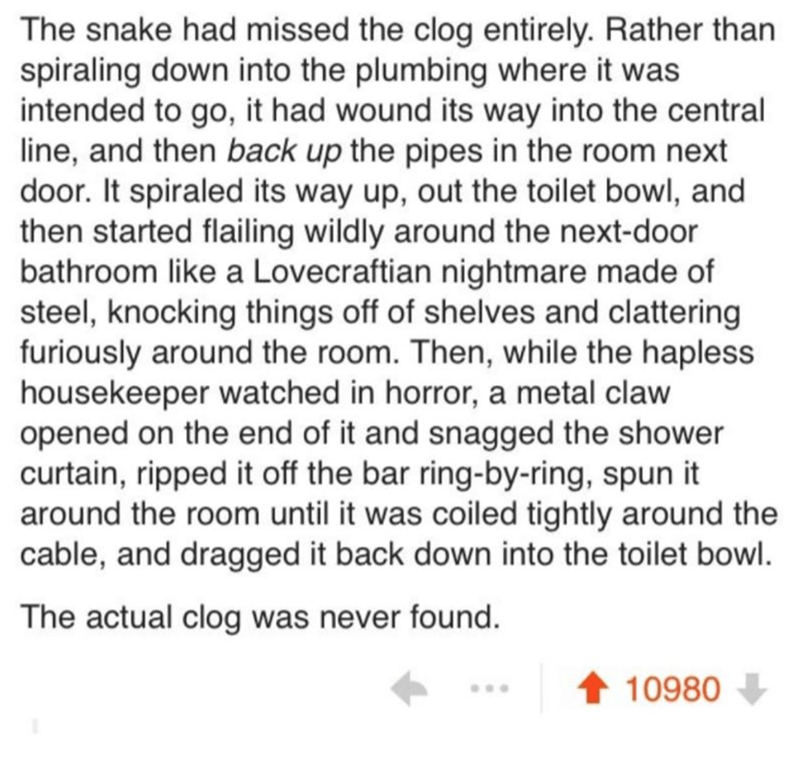 This is pure Tumblr gold. I laughed at this for a solid 10 minutes. The person’s storytelling skills were so good, you could picture all of that happening and it was completely terrifying! I’m glad no one was sitting on the toilet that day because it would have been a complete disaster.

The story was reblogged plenty of times on Tumblr. 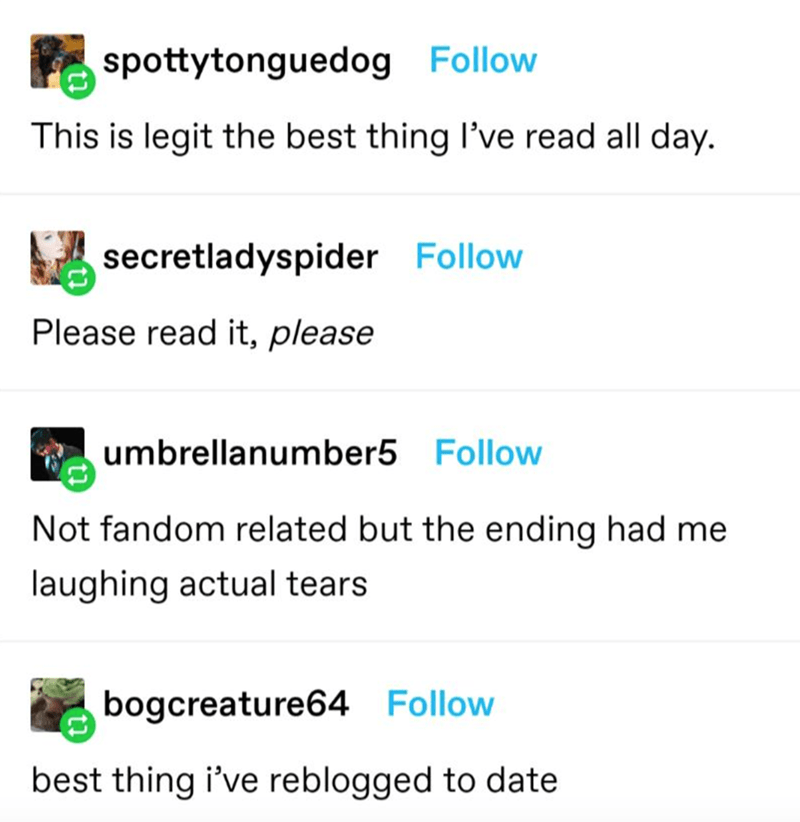 It really was a good emotion.

The housekeeper lived a nightmare that day. 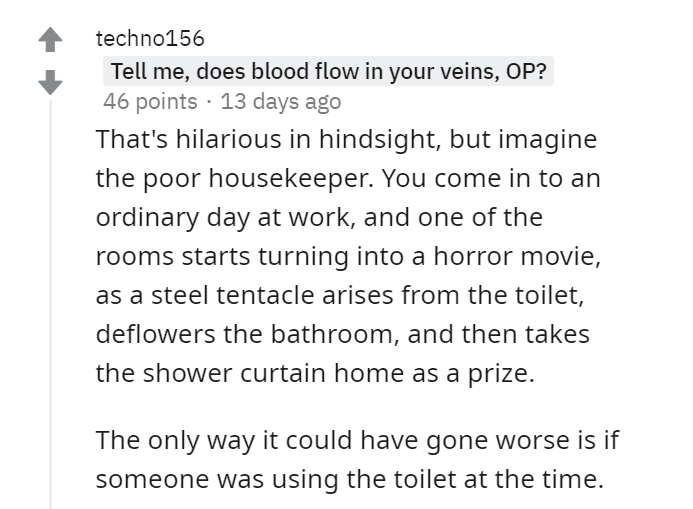 I can’t imagine what would have happened.

This made my day. 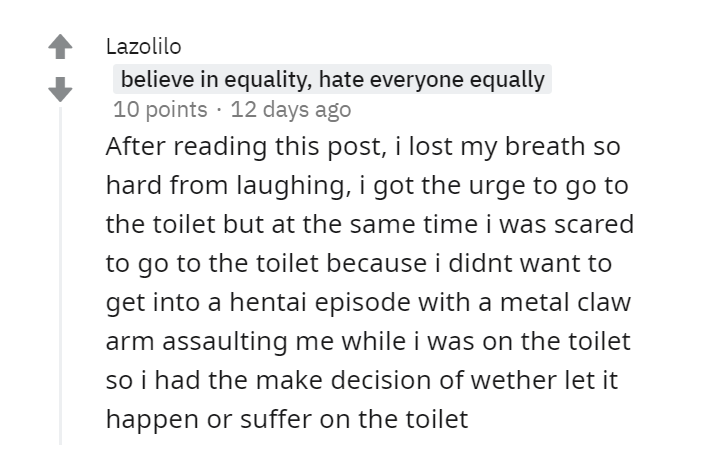 Did this story cheer you up a little bit? Share your thoughts with us in the comments below!