Many of us thought that the end of the year 2020 would mean the end of everyone’s misery. But, guess what? We were wrong. People haven’t changed a bit. Instead, they have somehow mutated and become sh*ttier. As if living through an actual pandemic wasn’t bad enough that now we have to deal with even more bullsh*t. But, it doesn’t really matter anymore. It doesn’t matter how bad any situation gets because we’re all immune to everything at this point. So, unless we see an apocalypse and some flying unicorns or just unicorns, I don’t think there’s anything that can surprise us.

Still, however, there is one thing that may continue to shock us till the end of time — stupidity.  It’s so unique that the only time it can be seen is when it reaches a new low. Otherwise, considering the kind of world we live in, it’s always expected. In the past, we’ve dealt with all sorts of freeloaders, karens, self-centered/entitled people and jerks in general. So, what exactly is left now? The dimwits. Of course, there’s a broad spectrum of thick skulls out there and it entirely depends on the context but for now let’s just focus on them generally. The perfect example of which is none other than the Redditor below who made a fool of himself asking this following question.

At first glance, the question may seem reasonable. But, the more this guy speaks, the harder it becomes to hold back anger and laughter. Have a look. 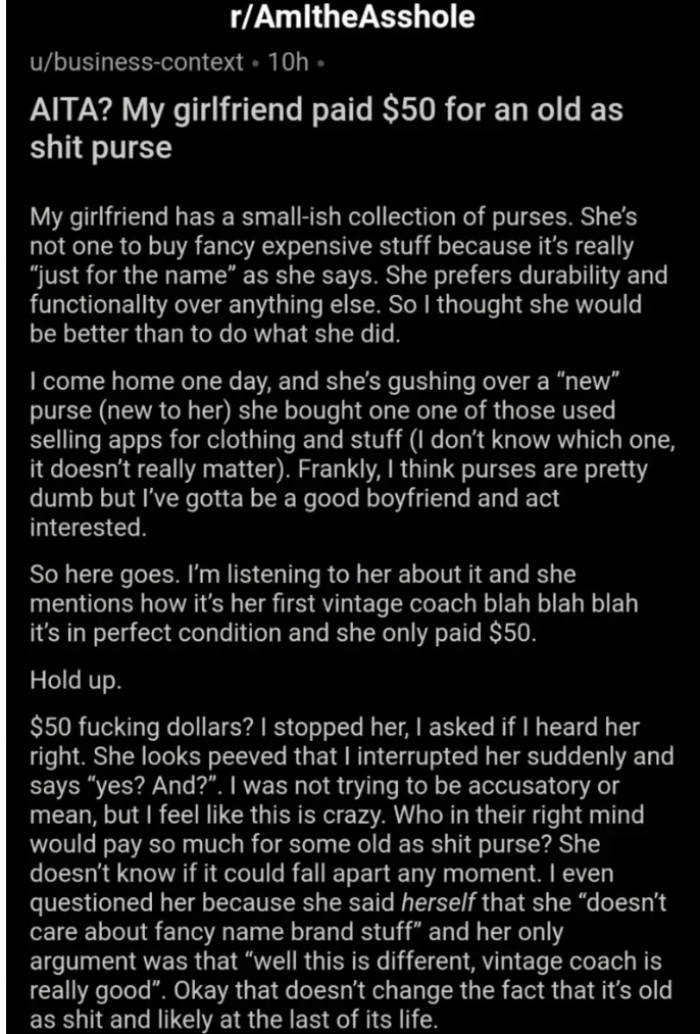 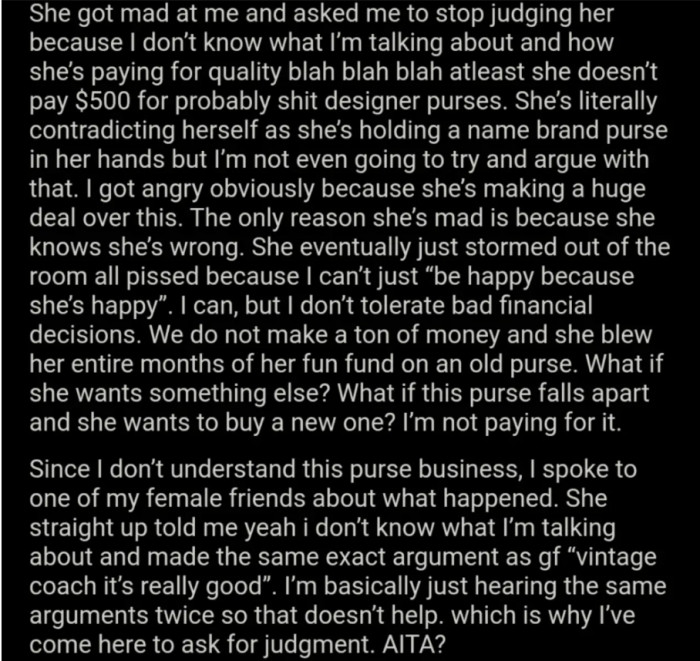 To be honest? They weren’t joking when they said “there’s no cure for stupidity.” I mean, what guy would FIGHT over a $50 purse that he didn’t even buy with his own money? Not to mention, going as far as talking to other people about the “issue” and even posting online for more opinion? Either this guy is insane, or we all are.

Here’s what the internet had to say:

The guy is clearly living under a rock.

Ffs, it’s not even his own money! 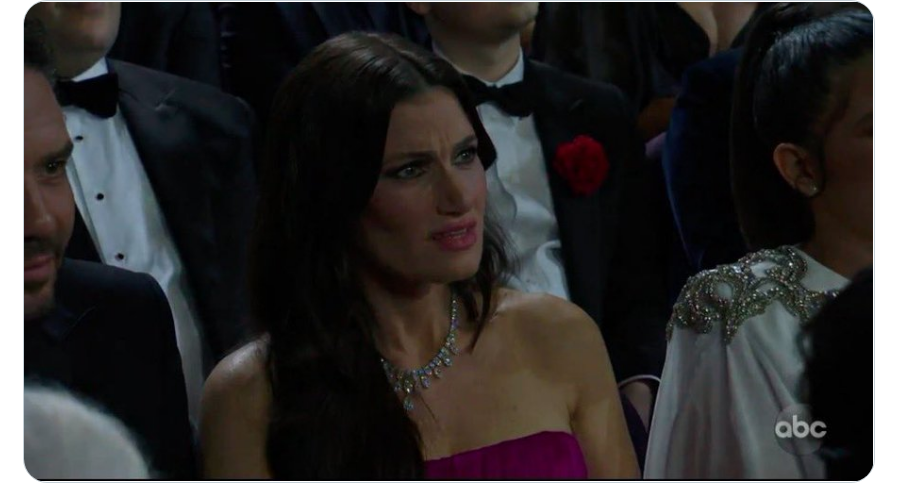 This is where he contradicts himself and makes zero sense. 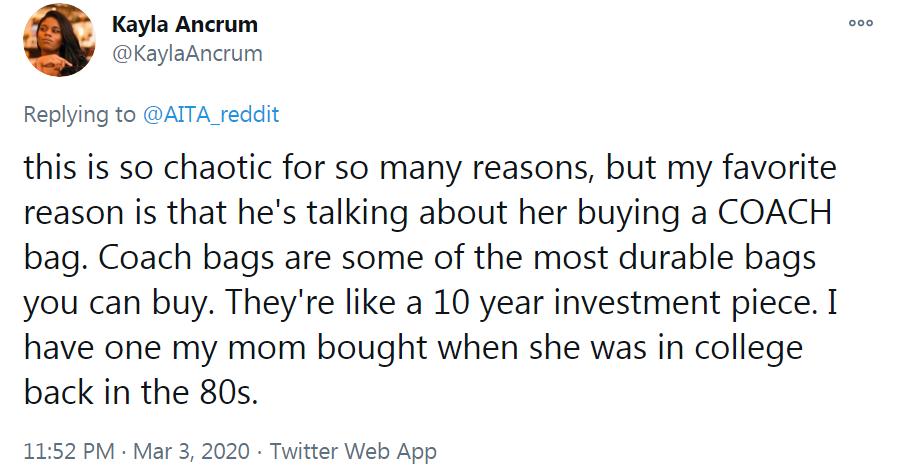 It’s sad how the girl has to put up with a guy like that who wouldn’t even let her be happy. 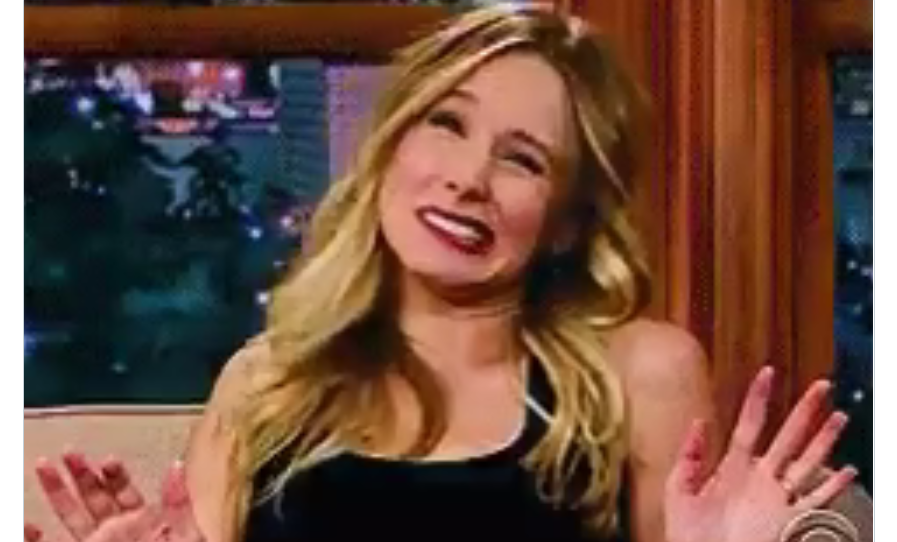 If this is true, which it probably is, then watch out everyone because people ACTUALLY do this. Be careful who you choose to spend your life with.

Avoid those 3.5% people at all costs. You don’t wanna be with them. 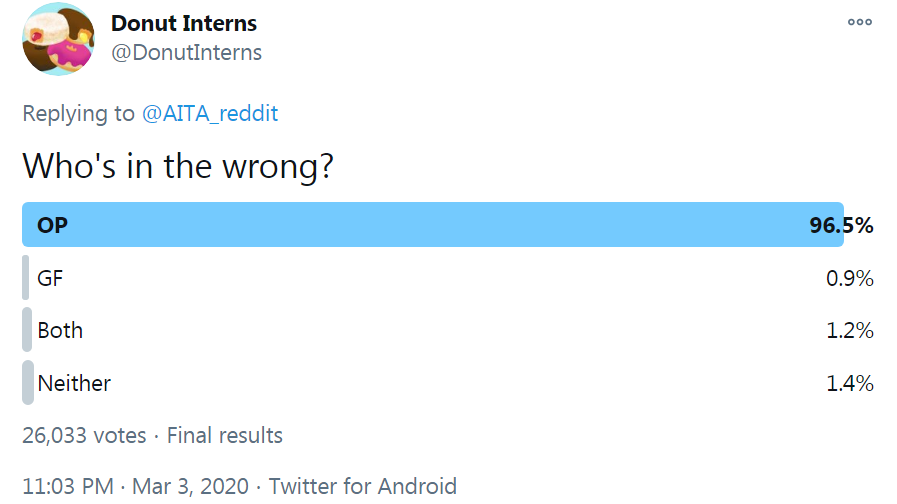 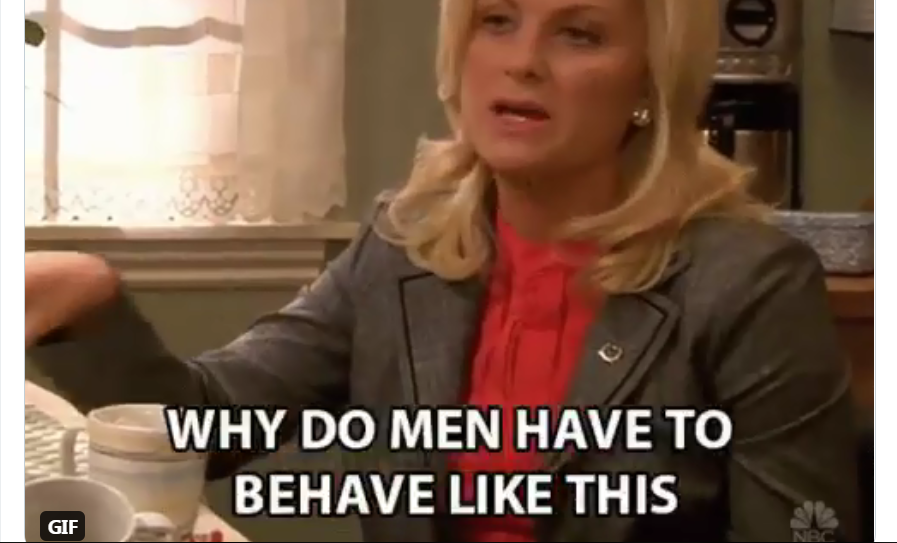 Have you ever dealt with a person like that? If so, share your experience in the comments below and let the world take note.