No matter how you look at it, movie Directors love to make characters that don’t resemble real humans in any way and the dumbest stuff at the most inopportune moments. While I understand panic can make humans stupid and thus lead us to make dumb mistakes but anyone with common sense would never run upstairs rather than running out of the house or investigate the spooky noise rather than getting as far away from it as possible.

However, this stupidity is what makes some horror movies fun. After all, in most slasher movies, we already know that everyone has reached their end anyway and only one girl will survive. So at the end of the day, it is more about the whole experience than the final scene because we already know what is going to happen. Although people experience spooky instances in real life as well.

And this particular white girl has a lot of stories to share and how she got away from them when a horror movie character would have been dumped in a ditch by now.

How can one person experience so much? I am just as surprised as you are.

When you see a decapitated sheep, just run away. 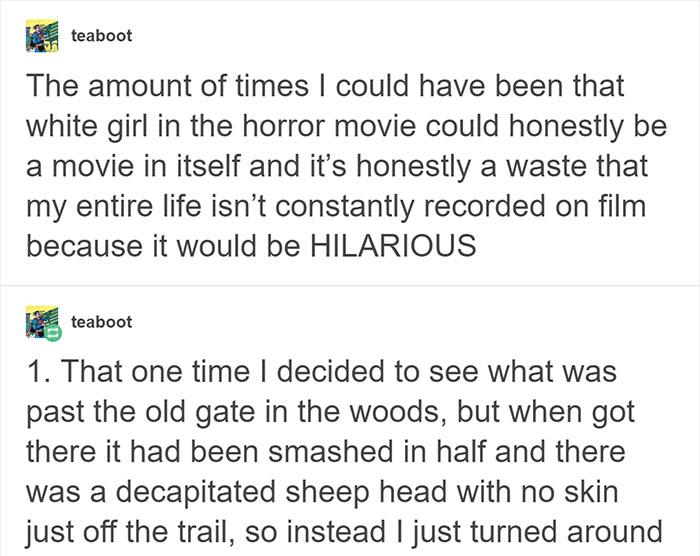 Call the police when you are getting chased by someone and hide in one place if it’s dark. 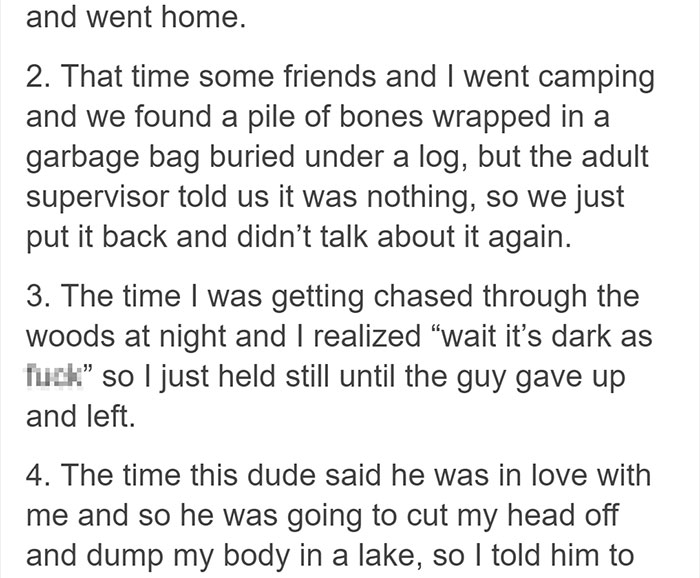 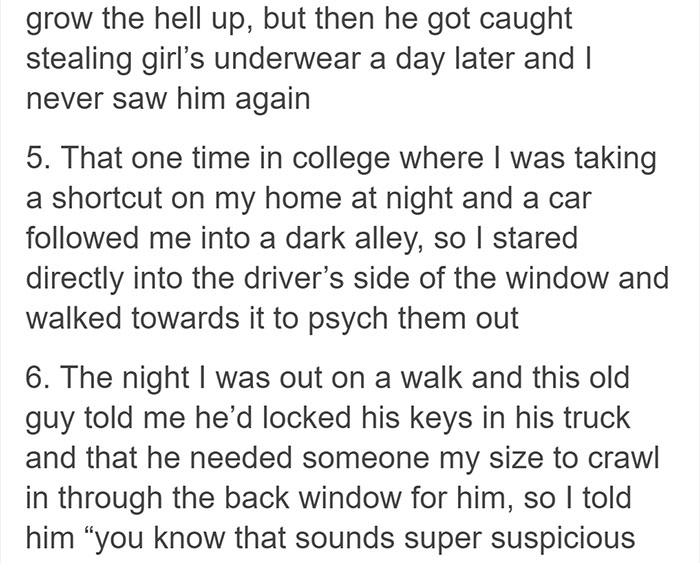 I know it might be difficult to believe that one person could go through so much. But in fairness, most people have gone through a few instances in their life but we just tend to forget about them or don’t make a big deal out of them. And then there are also people who somehow just have bad luck and attract the worst kind of people. But if you use your common sense, it is possible to get out of most situations.

If someone says they are going to follow you, stand up for yourself and asks others for help. 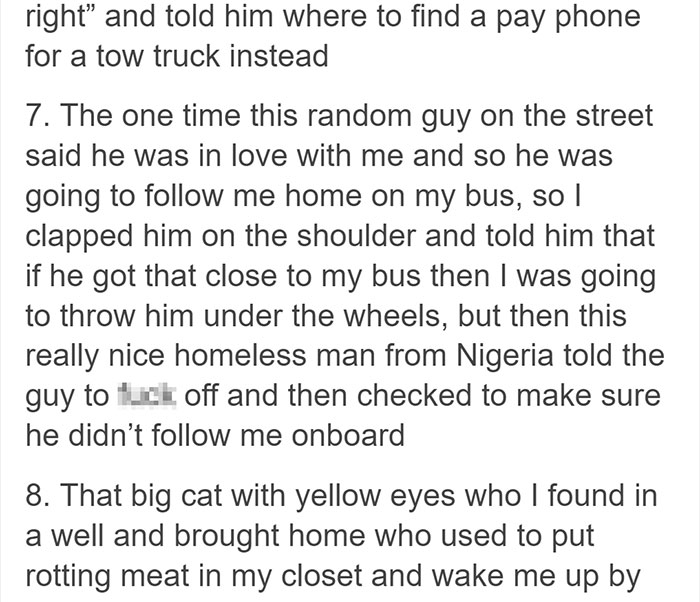 Clowns are scary no matter what, stay as far away from them as possible. 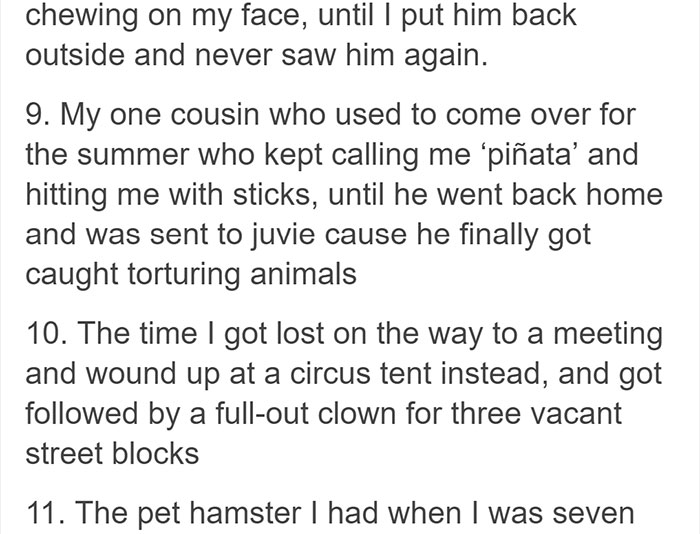 Don’t join people who are about to be cursed. 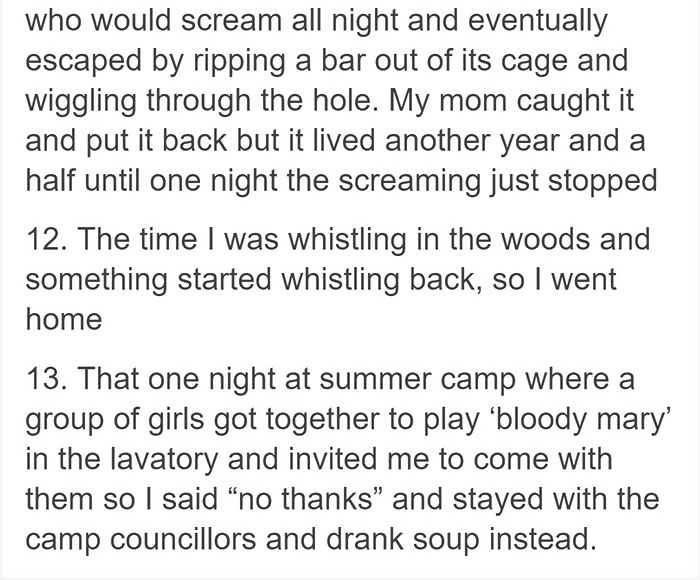 She has even more advice for people.

I have a weird family with a weird history that lives in a weird area and does weird stuff. Fact is, that just leads to weird situations. Trying to explain it wouldn’t make any of it sound less strange. Does it sound like something that could get you hurt or killed? If Yes, don’t do that. Or at the very least, figure out WHY it would be dangerous, and take steps to prevent it. Do you believe demons are real and can eat your face?

Don’t go poking the supernatural with a stick. That’s not to say, Barricade yourself in your house, lock the doors and windows, light a prayer candle and never go outside again, that’s just… Bring a buddy. Know your own comfort zone. Simple stuff, like drinking water and talking to people you trust. –Teabot

Don’t move into abandoned houses and do your research before you buy. 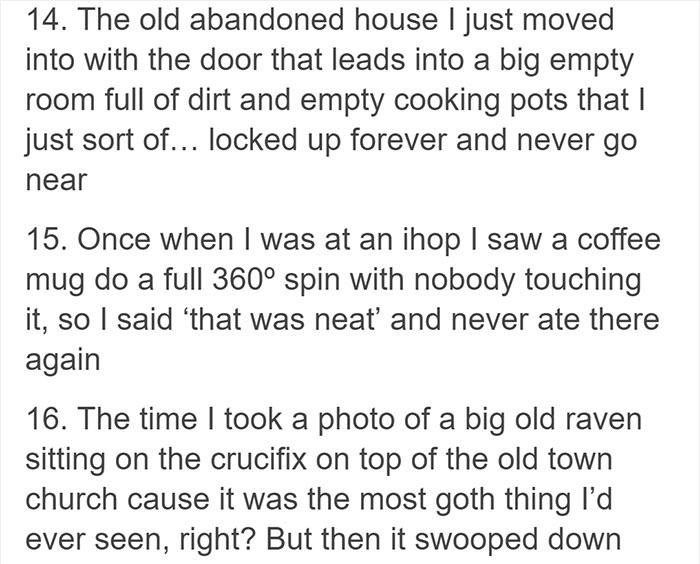 Basically Darwins Law ‘Survival of the fittest’ is perfectly at home in this world. 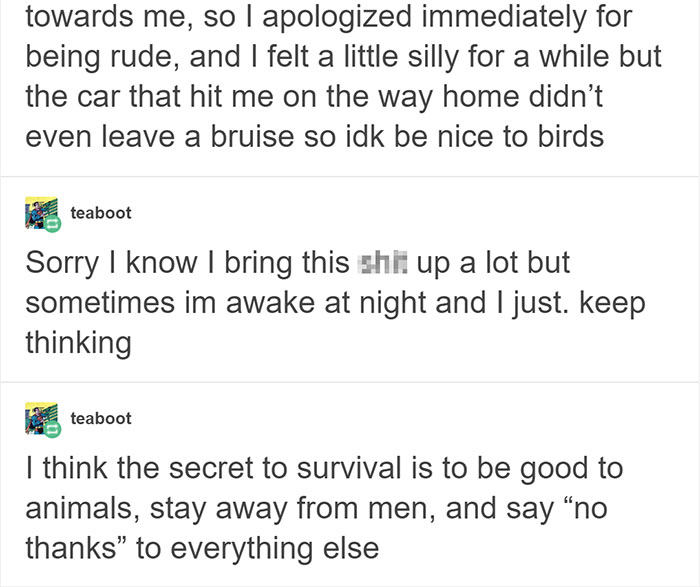 Have you ever had a similar experience? If so what did you do to get out of the horrific situation? Comment down below and let us know.