Intelligence isn’t something that can be worn as a jewel to show how big of a treasure it is. But people have trouble understanding this fact hereby, jump to conclusions that can be hurtful. Dr. Lauren Mc Keown came across a similar situation and took to Twitter to share how awful people can be when it comes to judging others.

It’s about a guy with whom she had a short conversation on a dating app ‘Hinge’, but turned out to be a bitter and never-looking-back at situation, just after an exchange of a couple of messages. The dude at first opened up the conversation with an appreciation, that how awesome it was that Lauren works at NASA but his assumptions got him in deep waters. He assumed that she works there as a receptionist.

Even annoying is the fact that he brushed it off as a joke further ruining it but saying ‘ you look reasonably smart ‘, your job doesn’t define your smartness! Hey Doc, you getting pissed is totally justified… Here’s a series of her conversation with the guy and what people had to say about it…

1. Sure! because you are the beauty who got brains 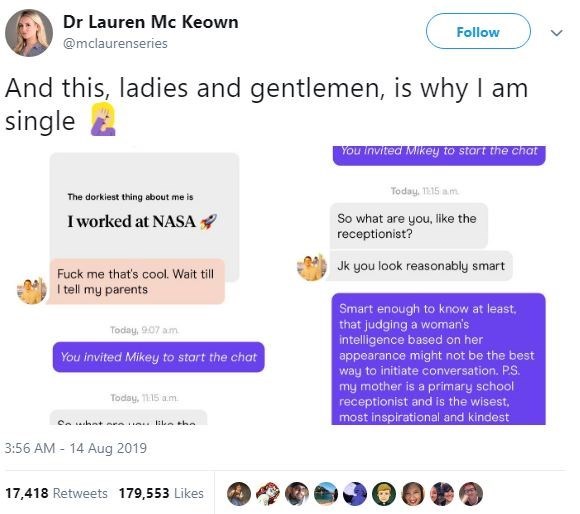 2. It would have been better if you would have googled a pick-up line instead 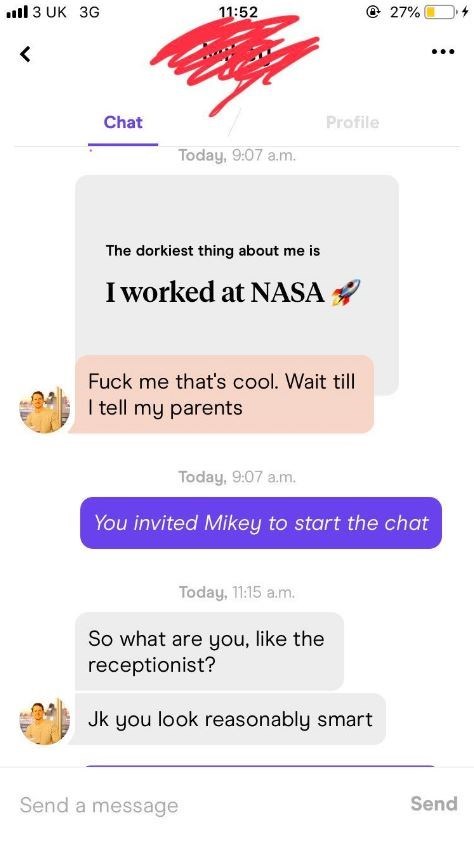 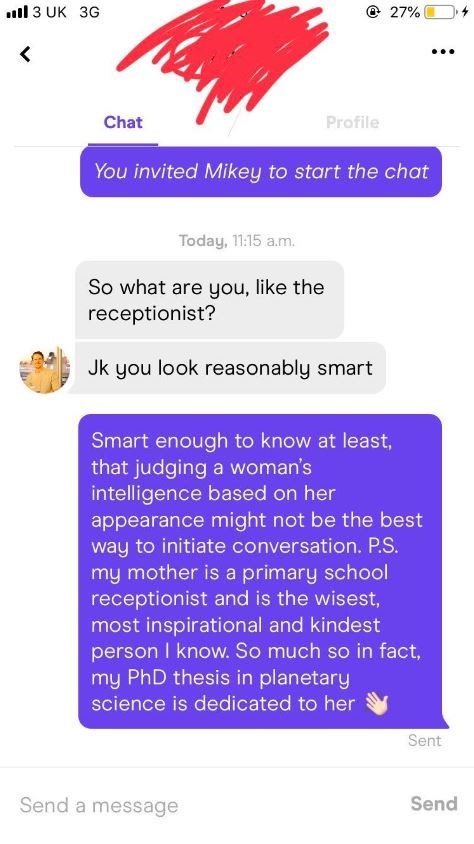 Mom raising a smart kid like you totally deserves that, an ovation for her!

4. Sorry, but I am the smarter one 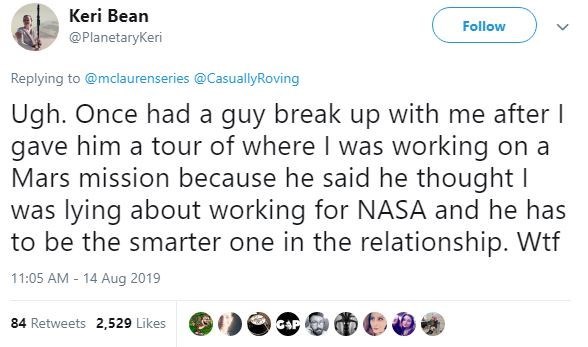 Ahh, yes, trust such men to feel insecure about his own achievements just because a woman is smarter than him.  Who breaks upon the fact of, his partner being more intelligent?

When I started working at a new NASA facility, someone assumed I needed directions and I was pointed in the direction of the gift shop… pic.twitter.com/3oxDnr5VQ5

You’ve already been gifted with intelligence, these people won’t understand…

6. Intelligence that’ll nock you out of the planet perhaps

Poor guys probably could not digest the fact that humans, that too, female humans work at NASA for real. He probably was thinking it’s operated by aliens…

7. The hashtag says it all

8. This one seems to have been through something similar

10. Hinge got no chill over this too 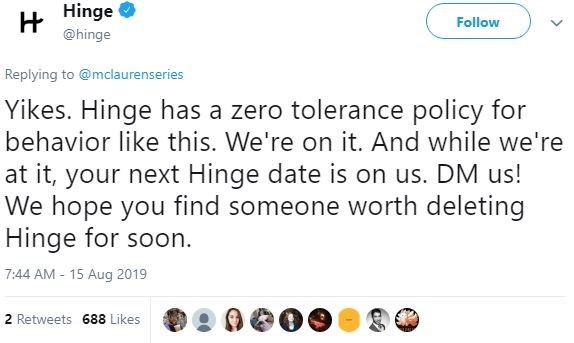 Hinge claps back! That’s the cutest offer they could make 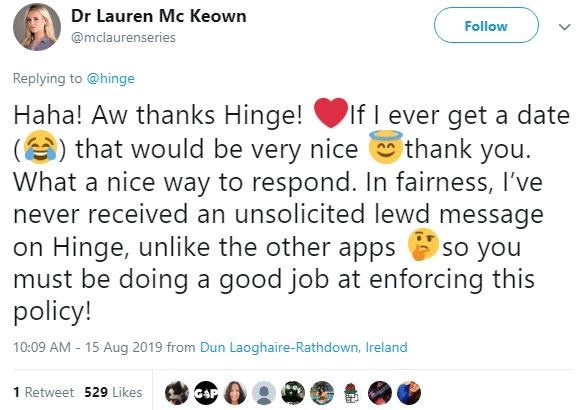 we also hope you find someone who is humble and kind. The one who appreciates you for being the beauty with brains, since not everybody gets to be in NASA as well as do their thesis in planetary sciences anyway! Don’t let anybody dull your shine. we hope you find a perfect match on this planet or else you do have options of other ones too, yay!

How even are people so negative, is hurting someone is that easy? Judging someone over their appearance, and not their achievement is not something very ethical. Moreover, it’s never okay to undermine someone’s abilities.

What’s your take on this, have you come across anything like this? If yes, share it with us in the comments section below it might boost somebody’s confidence and prove to be a motivation.