The instincts of a woman never lie. When a woman feels a certain way about something, she’s almost always right. That is why they say, a woman does better research than the FBI. They are blessed with natural detective skills and would always know if a man is loyal or not. They even quickly understand the slightest change in his tone and behavior. Not only that, but they also read minds and intentions of not only men but other women as well. They know when a woman is just being polite or she has a crush on her man.

However, sometimes men are not as good as a woman at reading the clues. They can misjudge and misread the signs that often lead them into awkward and troublesome situations. Although most men don’t quite understand women, some men are quite the players when it comes to women. They know when and how to get a woman. They do it all in quite a professional way. A wife posted in the subreddit “Am I the asshole” about her husband who is apparently getting involved with his co-worker who has a crush on him. The husband is a maintenance supervisor at a company and his co-worker keeps calling him for every little random thing, later they also exchanged personal contact numbers and she keeps ringing his phone even at 2 in the morning. Although they make it seem like work, the wife knows there is something fishy going on and she is not happy with it. Scroll down to read the whole thing.

Some details about the couple. 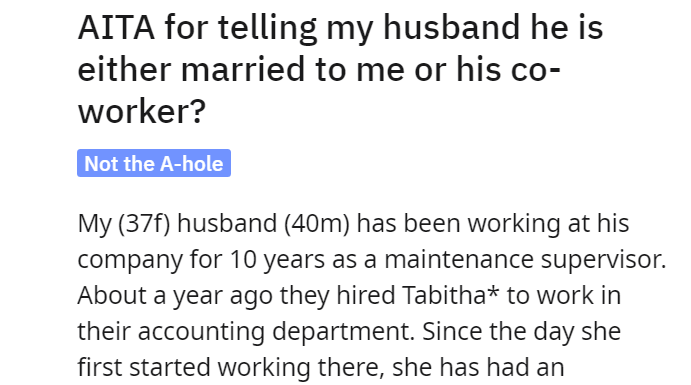 That’s how it all started.

And here’s when the wife sensed something fishy. 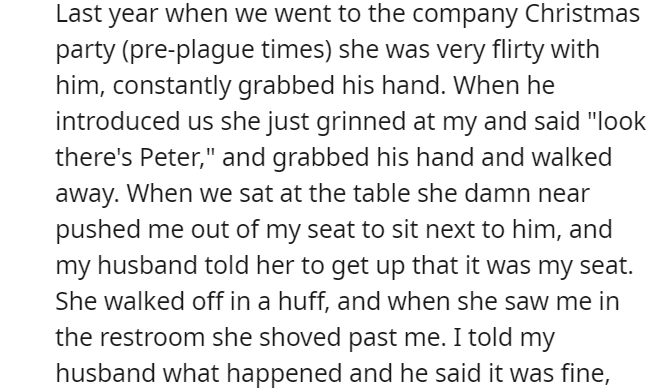 Husband’s co-worker gets a new house.

Things were getting out of hand now…

Wife says it’s either her or his co-worker. 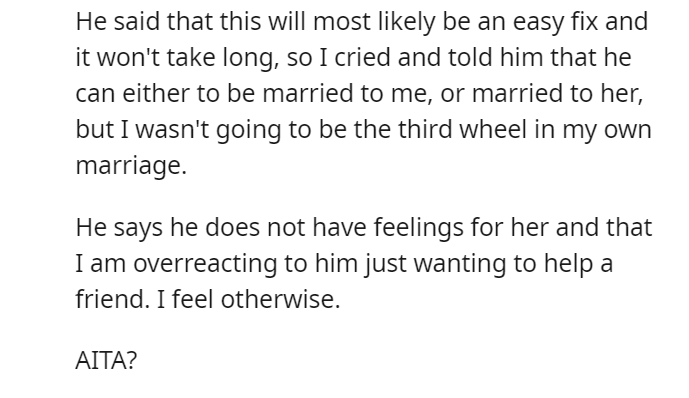 No problem has ever been solved by war. People have to sit down and negotiate after all. In order to get to the solution people communicate, they discuss what’s bothering them and find suitable fixes. That’s exactly what the OP did. She simply told her husband what was bothering her. After all, no woman on earth would ever tolerate the involvement of another woman. A woman can share her everything, but not her husband, her love, her lifeline. Either the OP’s husband is too naive to understand the fact that his co-worker is infatuated with him or he’s cheating on his life partner, his wife. Maybe he’s deliberately tricking his wife into thinking that they’re just talking about work and in reality, they’re in a relationship. The wife may be simply doubting her husband, but whatever the case, she’s definitely not an a*shole for telling him what’s bothering her. 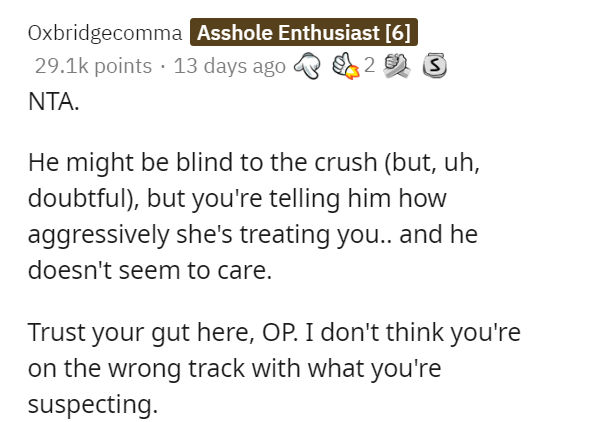 There is a possibility…

Let’s hope he’s not cheating on his wife. 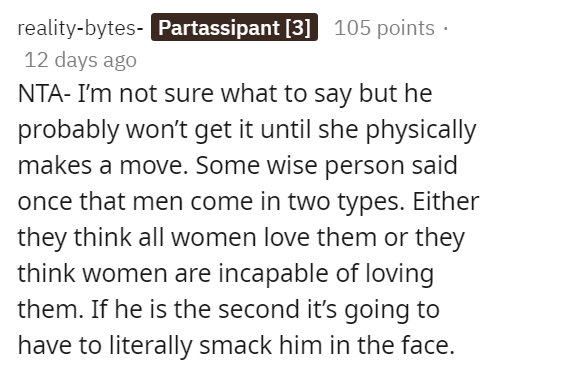