As long as you live under your parents’ roof, then you must follow their rules.

The excitement and rush you feel when you’re about to move out, the things to look forward to, the freedom you’re about to have, new adventures you might experience; helps you have a different outlook on life. Coming out of your parent’s nest where everything was done for you and you probably didn’t have to do much around the house into the world where you’ll have to face new challenges and responsibilities. Moving out is a milestone in one’s life; when you embark on a new journey stepping out of childhood into maturity, which marks the beginning of independent and self-reliant life.

However, life is tough. Things don’t always go the way you want them to. Life’s not all rainbow and sunshine, just when things are going smoothly enough, something might come along and ruin everything. And with the outbreak of Covid-19, it has become harder for people to sustain their separate lives. With thousands of people losing their jobs to this pandemic, many people are forced to move in with their parents.

This guy, who goes by the name u/ChrisThrow367 on Reddit, shared that his son, who is 23, recently graduated college, just moved back with his parents because he could no longer afford to pay rent. According to his dad, the move-in was temporary, but he’s been living with them for four months, but that doesn’t bother him. The fact that he keeps adding to their expenses and refusal to help around the house is the problem. The dad then sat down with his son and set some ground rules for him to follow till further notice. However, to his surprise, Chris flipped and started complaining about how he was being unreasonable and unfair. Well, whatever is the case, what circumstances lead this Redditor to post his story on Reddit; you can read all that down below.

1. AITA – For setting “unreasonable” rules for when my son moved back in?

2. Some ground rules that must be followed

3. As long as he lives under my roof, then he’s expected to follow the owner’s rules.

4. Adults make and pay for their own meals and do their own chores.

9. If he doesn’t want to be treated like a child, he needs to act like an adult.

10. Is rule C really unfair? What are your thoughts?

What do you guys think of the list so far? Many people seem to disagree with rule C limiting his wifi usage to only six hours. We still have more people sharing their thoughts on the situation; scroll down to read more.

11. He’s an adult, if he is not working he should be contributing to the housework instead.

12. It does seem like he’s not trying his best to look for a job.

14. The very least he can do is help around the house.

15. Many people seem to disagree with rule C.

This concludes our list. What are your thoughts? Who do you think was right in this case? What did you think about the rules set out by the father? Do you think Chris’ mother is contributing to his bad habits and behavior? My mother would’ve slapped me into oblivion if I was being such a spoilt child. Let us know about thoughts about the situation down in the comments below and how you would have handled it. 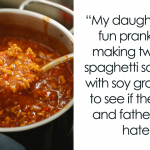 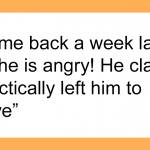 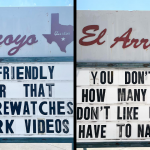 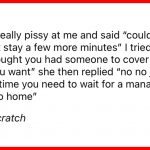 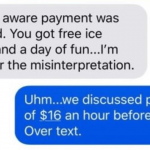