Stephen King is known as the King of Horror for a reason. Having written almost 90 different books, and have sold around 350 million copies worldwide, it’s fair to say that he’s the kind of author who has had his name and his works plastered everywhere and will be remembered for many years to come. He’s left such a significant cultural impact on the horror genre through his writing, which was later turned into movies.

This kind of legacy is huge, especially when you factor in the fact that he’s over 70 years old, and that his first novel to be published (fourth written overall) was Carrie, in 1973. This was almost fifty years ago. and since then, his work has become monumentally successful with iterations like It, Green Mile, Dark Tower, Misery, and so on and on. Fans of his work created a “Where’s Wally”-esque wallpaper full of all of his references, and now it comes to you to figure out whether you can find them all. 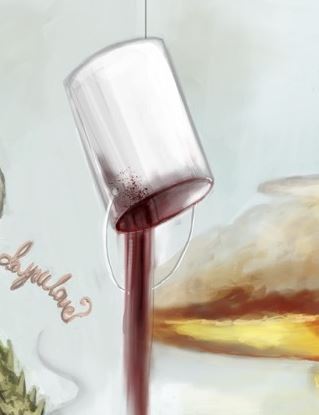 To sum up the plot from the Wiki;

Set primarily in the then-future year of 1979, it revolves around the eponymous Carrie White, an unpopular friendless misfit and bullied high-school girl from an abusive religious household who uses her newly discovered telekinetic powers to exact revenge on those who torment her. During the process, she causes one of the worst local disasters the town has ever had. King has commented that he finds the work to be “raw” and “with a surprising power to hurt and horrify.” 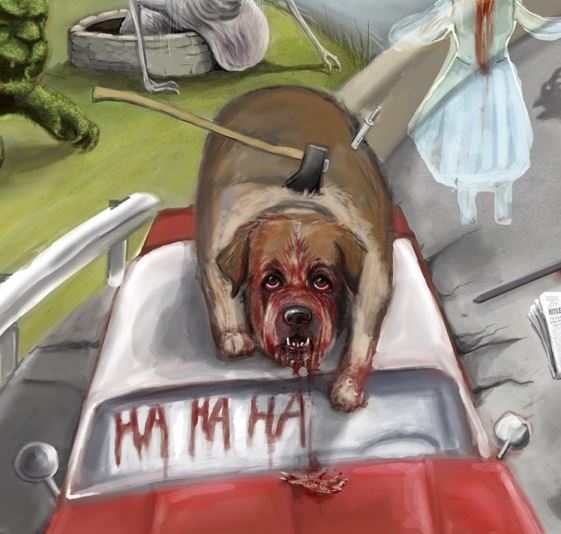 In a 2006 interview with The Paris Review, King describes how issues with his motorcycle led him to visit an auto shop on the northern outskirts of Bridgton, Maine. He claims his motorcycle died when he arrived at the shop, and moments after, a Saint Bernard emerged from the garage, growling at him and eventually lunging for his hand. Although the mechanic stopped the dog from harming King by hitting the dog’s hindquarters with a wrench, King was still startled by the encounter. This incident, as well as a story published in a Portland, Maine, newspaper about a young child who was killed by a Saint Bernard, provided inspiration for the novel. King also owned a dysfunctional Ford Pinto at the time, which is the same car model the novel’s protagonist, Donna Trenton, drives to the auto garage where she encounters the rabid Cujo. 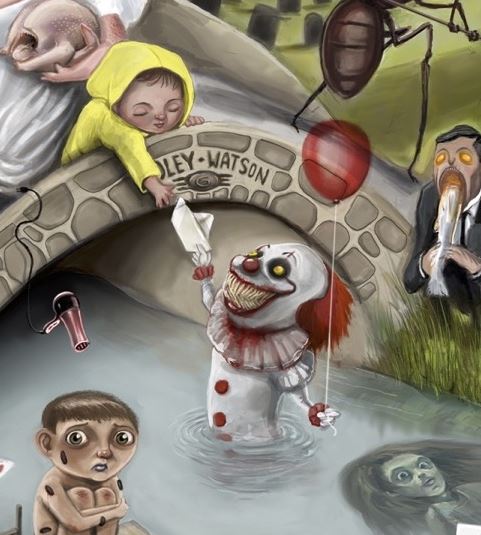 The story follows the experiences of seven children as they are terrorized by an evil entity that exploits the fears of its victims to disguise itself while hunting its prey. “It” primarily appears in the form of Pennywise the Dancing Clown to attract its preferred prey of young children. The novel is told through narratives alternating between two periods and is largely told in the third-person omniscient mode. It deals with themes that eventually became King staples: the power of memory, childhood trauma and its recurrent echoes in adulthood, and overcoming evil through mutual trust and sacrifice. 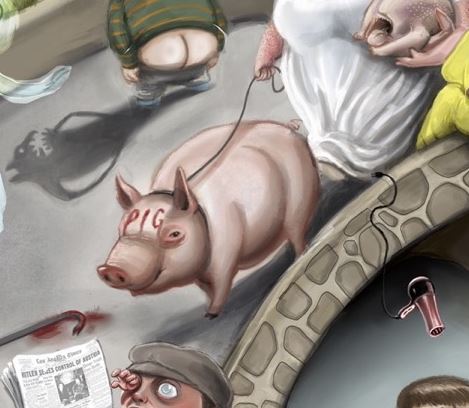 The novel’s narrative is based on the relationship of its two main characters – the popular writer Paul Sheldon and his psychotic fan Annie Wilkes. When Paul is seriously injured following a car accident, former nurse Annie brings him to her home, where Paul receives treatment and doses of pain medication. Gradually, Paul realizes that he is a prisoner and is forced to indulge his captor’s whims. The novel’s title carries separate meanings; it is the name carried by the central heroine of Paul’s book series, and King described such a state of emotion during the novel’s writing. 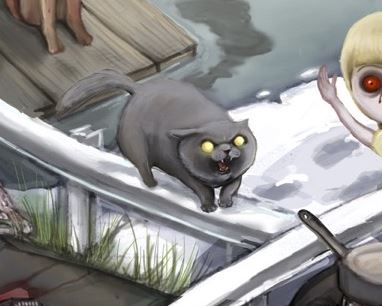 This is a story where a family moves into a new neighborhood and after getting settled into the land, comes upon a tragedy. The family cat, Church, gets run over and killed. The father, unwilling to break the news to his daughter about the loss of the household pet, is in ruins. This is when the neighbor, Jud, offers a secondary solution, to bring the cat over to the “Pet Semetary” and bury him there. When Louis, the father, does so, Church comes back the next morning, somewhat feral, but very much alive. After his son, Gage, gets into a car accident, and dies, Louis buries him in the Semetary as well, but he comes back… Not quite the same.

Here’s the key to the entire thing 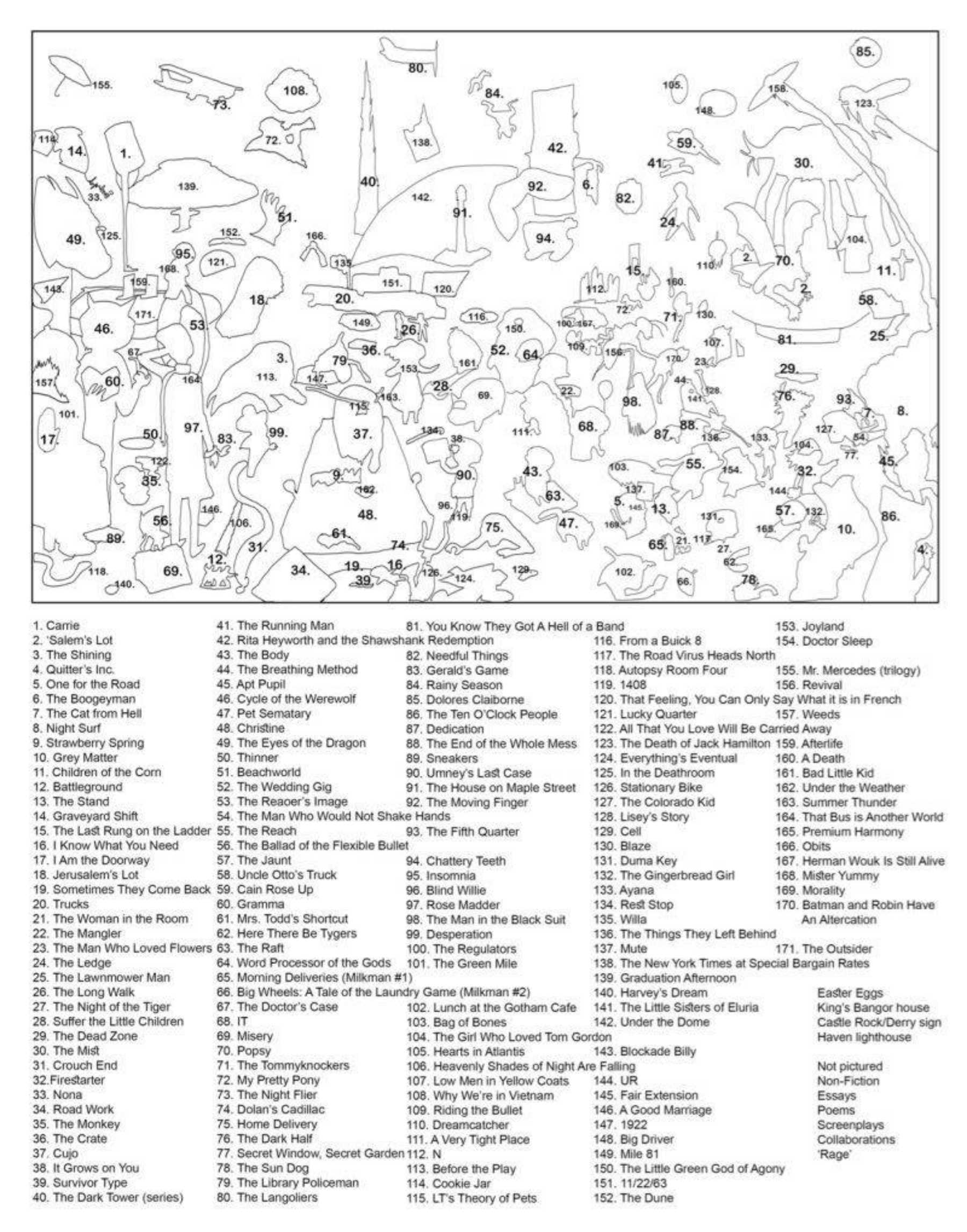 Did you find them yourself or did you need help? Tell us down in the comments!