The world still has some good people left it seems.

I know the news is filled with skyrocketing rates of crimes and other nasty things. But we tend to forget that there are still good Samaritans willing to help others and don’t ask for anything in return. I personally have a few stories where people had the choice to run away with my wallet with cards and cash in it but chose to give it back. Even going as far as returning my credit card when I left it in the ATM machine by mistake!

The following Twitter user had a somewhat similar experience. You see he lost his wallet and thought that was the end of it. After all who wouldn’t keep all that juicy information and use it? Well, this good person contacted him through reference numbers presented in small transactions just so he could communicate with the bank account owner.

I don’t know about you but I am severely impressed with his ingenuity.

I wasn’t aware this could even be done but apparently, in the UK it can be. 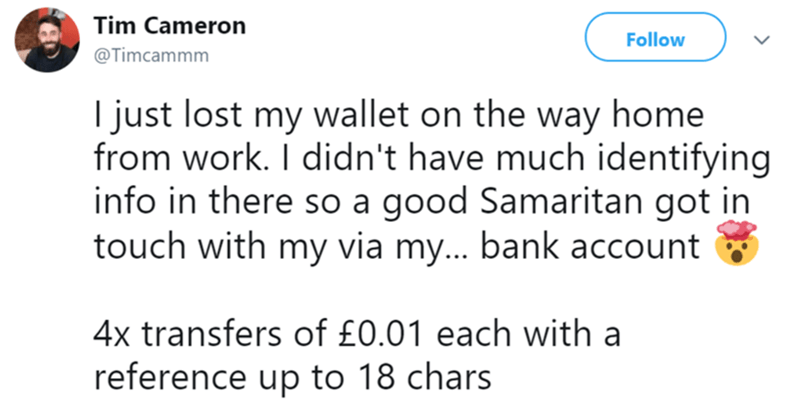 This is some serious dedication to the bit.

The stranger is a hero in all of our collective eyes after this. 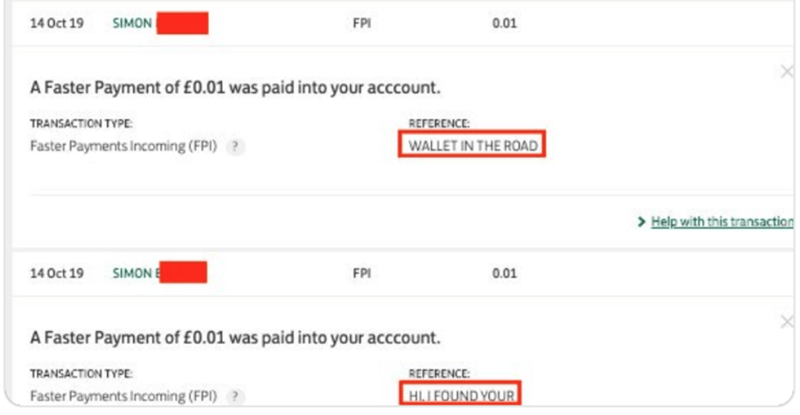 I mean not everyone keeps their ID in their wallet. 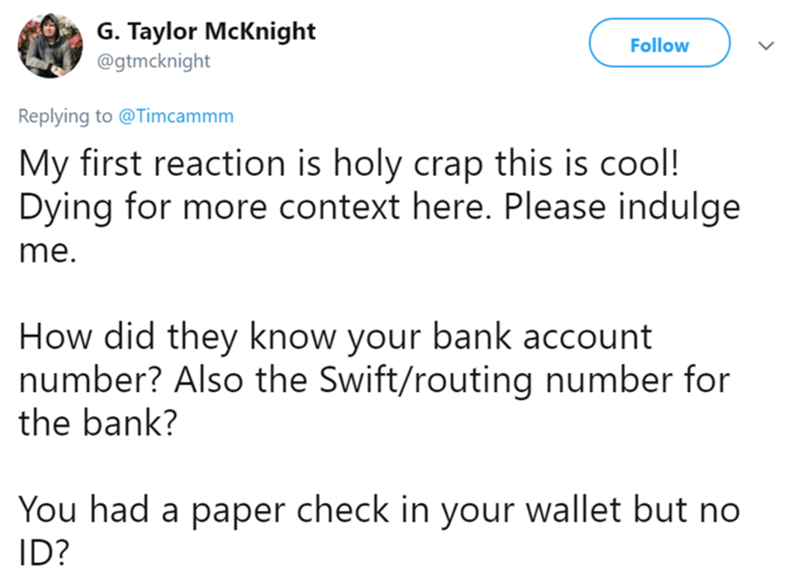 I guess that was the only way they could contact you.

This prompted other people to share their stories in the comments as well.

He moved THE last position [to be deliberately way earlier in the book] – so that she saw the prompt like
“Would you like to resume from page 274 on this device or page 25 on ‘KINDLE FOUND CALL TOM 0871234567’?” -Mark Moriarty

That is very sweet indeed. 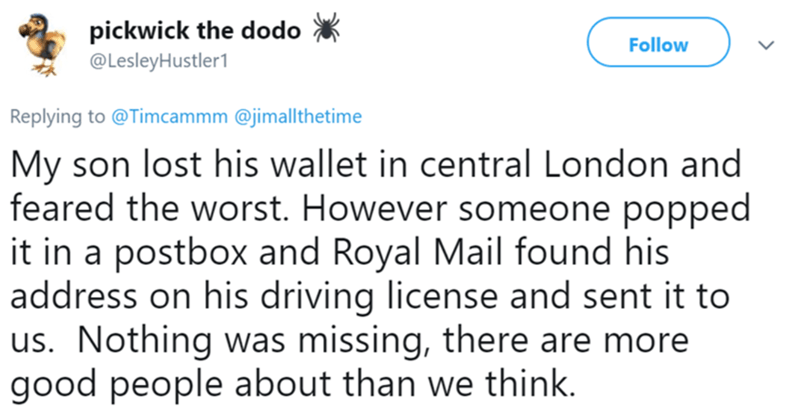 It is good to see that not everyone is bad even in this day and age.

And the good samaritan did get a bottle of wine so win-win?

Me the last two hours:
And no, I haven’t repaid Simon yet but I did buy him a bottle of red. pic.twitter.com/mTx8LMuOCU

Have any similar stories that you wanna share with us? Comment them down below and let us know.