Just because an authority said it, doesn’t mean it is right.

Usually, when people come into power, they misuse it. It is understandable that rules and regulations are needed everywhere to keep things in order. But making unnecessary and unreasonable rules will only cause chaos. This happens especially in schools. They take their dress code rules too far and a lot of students have problems with it. Usual school authorities also have a habit of holding things against students that once disobeyed them. They target those children later on and make their lives miserable. This is what makes the school experience terrible for most students because they can’t even trust the authorities to be fair to them.

This guy shared his story of filing a federal lawsuit against his high school in Texas when they tried to suspend him for wearing a shirt supporting a political personality. The student used this situation to get himself into his dream college. Scroll down below to read the whole story of malicious compliance:

In 2008, the student was involved in a federal lawsuit against his high school because they tried to suspend him for wearing a shirt supporting a democratic politician. 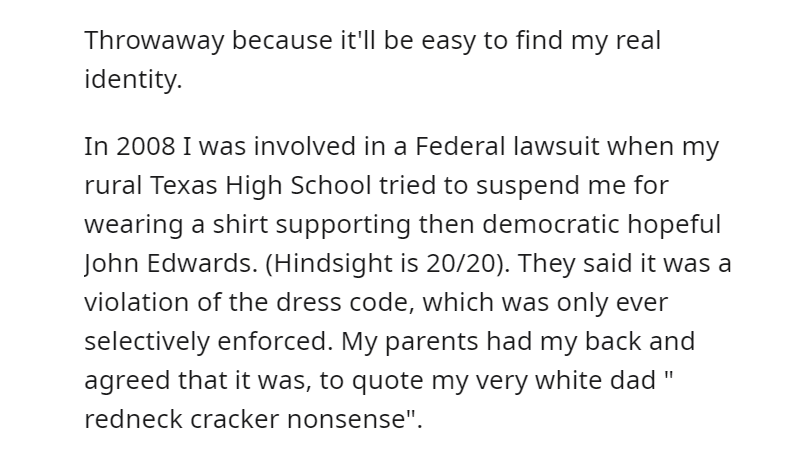 They threatened that he would get kicked off the football team if he got suspended and that could impact his admission into a good college.

The school got its football coaches to verbally taunt him every now and then.

The teachers all agreed to keep an eye on him for any slip-ups and would report any casual jokes made by him in the class to his parents. 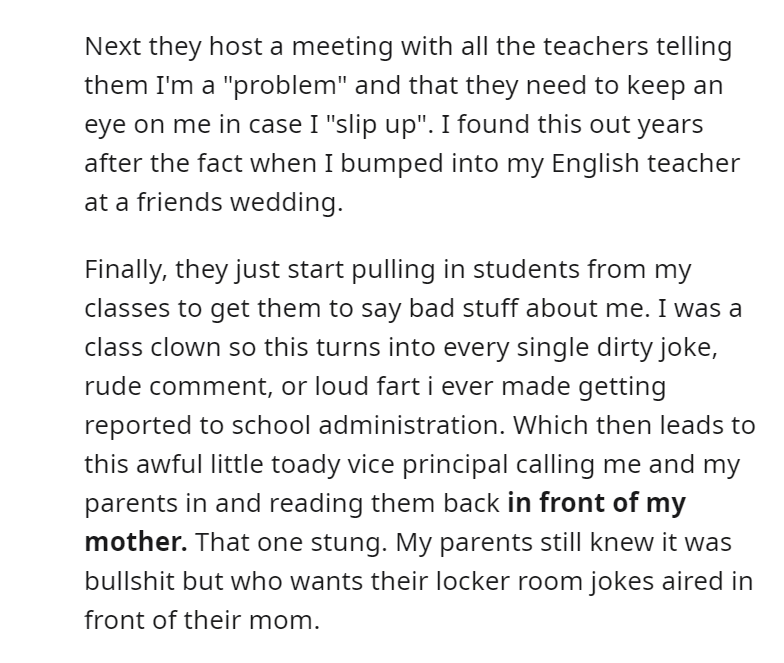 Finally, they expelled him for 6 weeks for inappropriate sexual conduct and enrolled him into a disciplinary alternative education program. 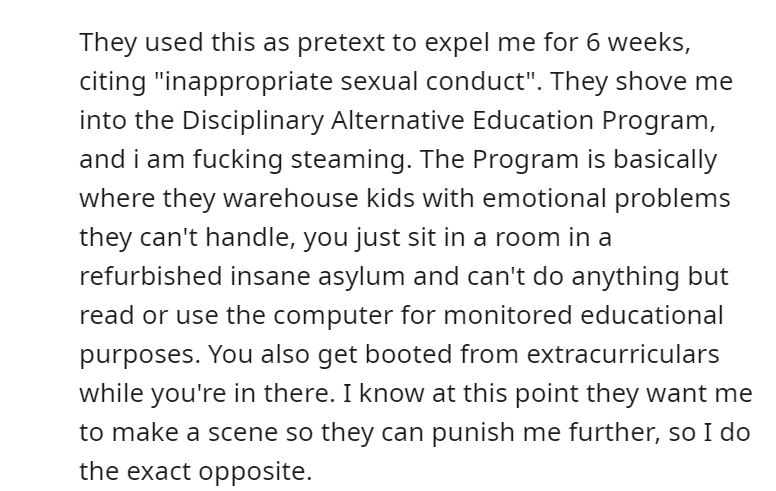 The student used this rage to do better in his studies and with the help of his dad, found an attorney who would file a lawsuit against the school pro bono. 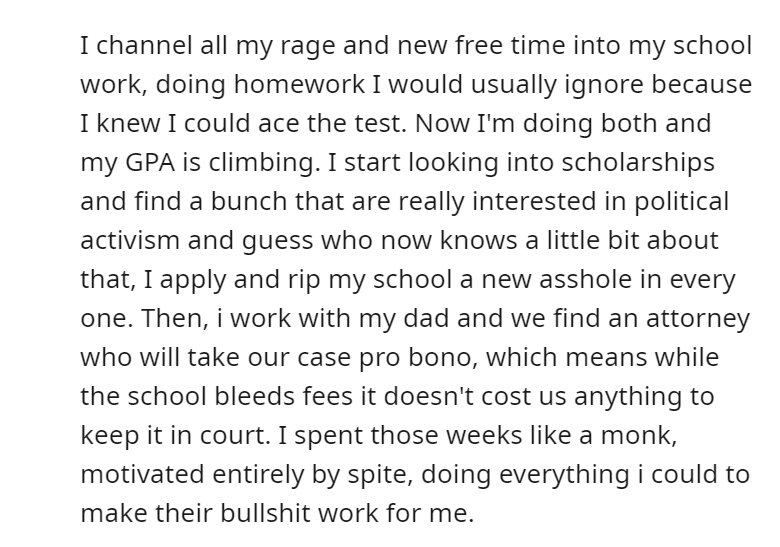 The student got into his preferred college and it cost the school a lot of money to fight the case. 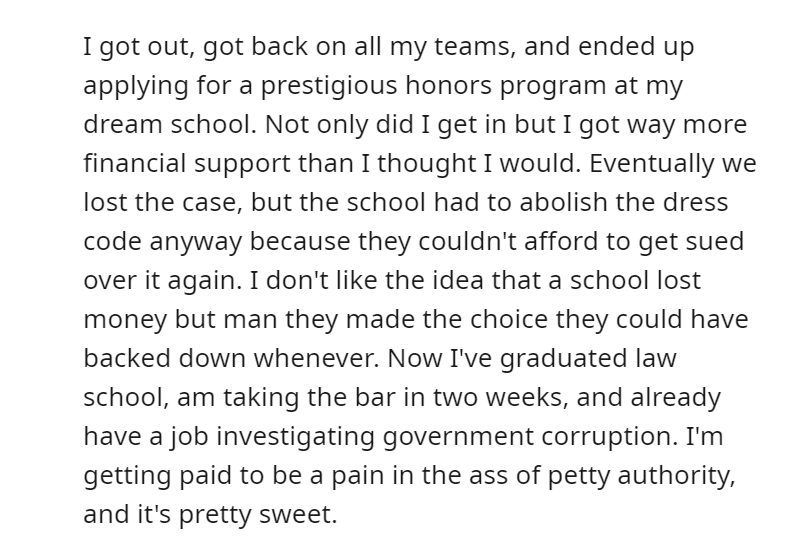 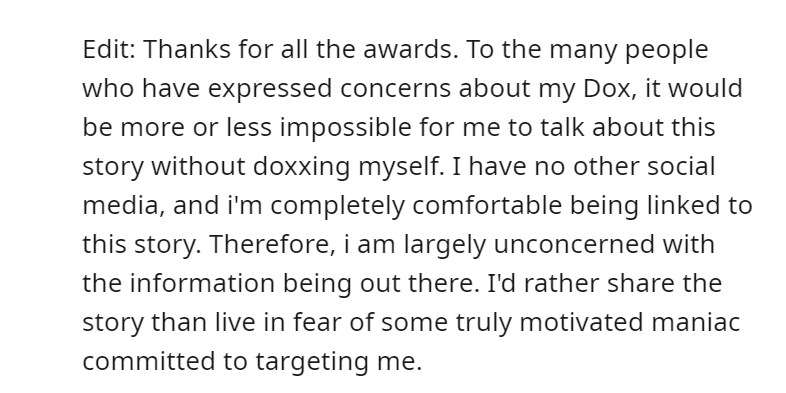 In my opinion, the guy used his rage in all the right places. A lot of schools and teachers take it too far and target a single student after one experience. I remember when I was in high school, my Geography teacher would have an issue with literally anything related to me because she hated that I wouldn’t follow the school rules by dying my hair. She kept at it until I graduated and used to make my school experience a living hell. 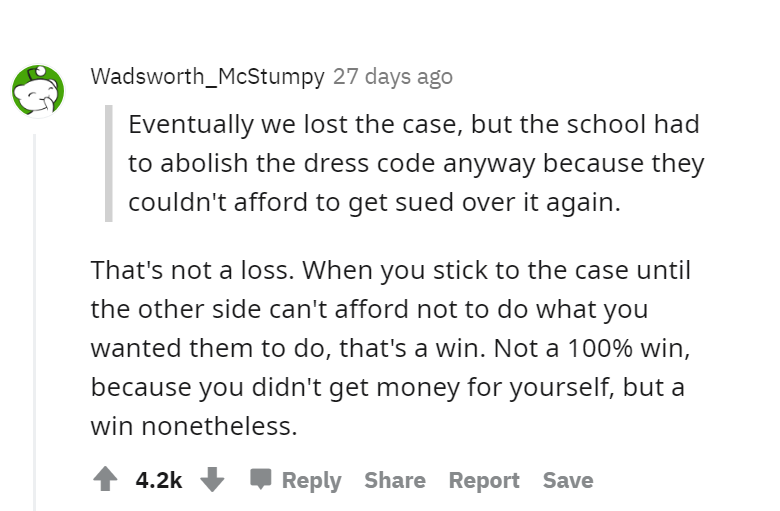 This Redditor remembered their own experience of studying in a Texas school. 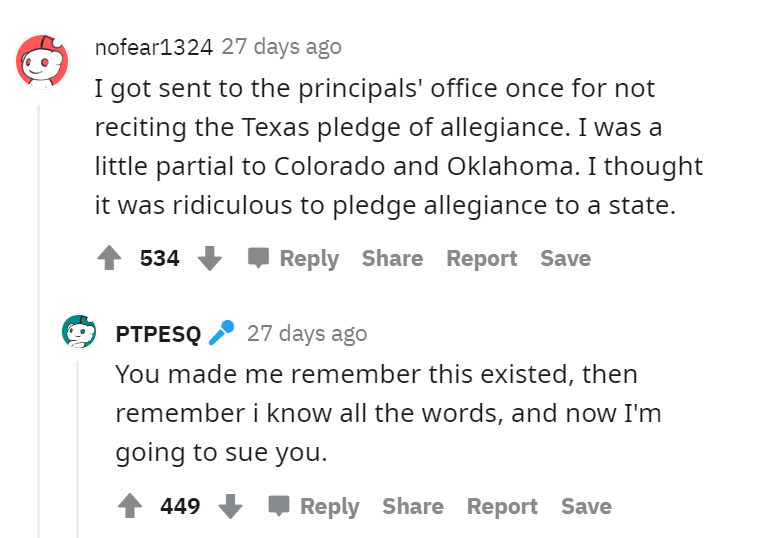 Even though he lost the case, the school will be more cautious from now on.

The guy explained what a Fellowship of Christian Athlete shirt is. 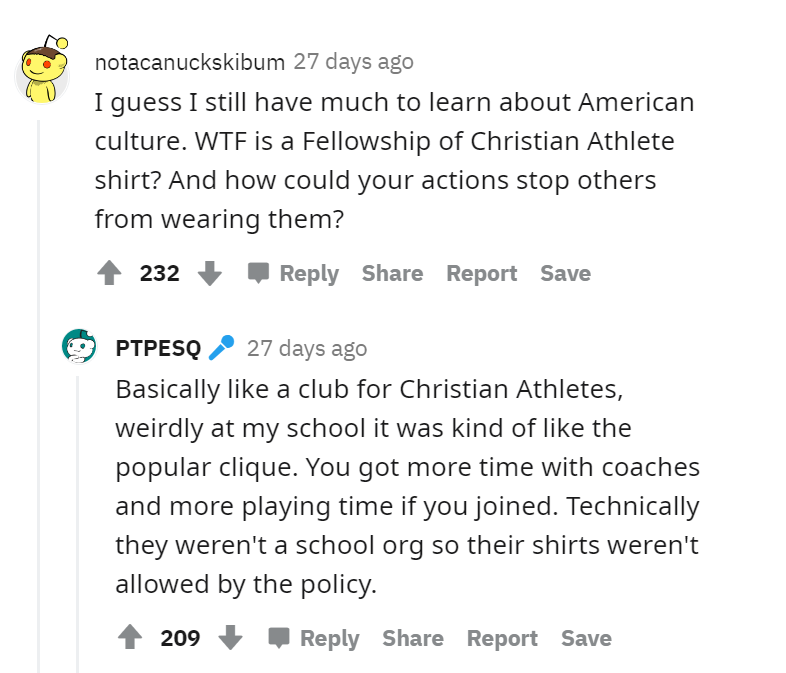 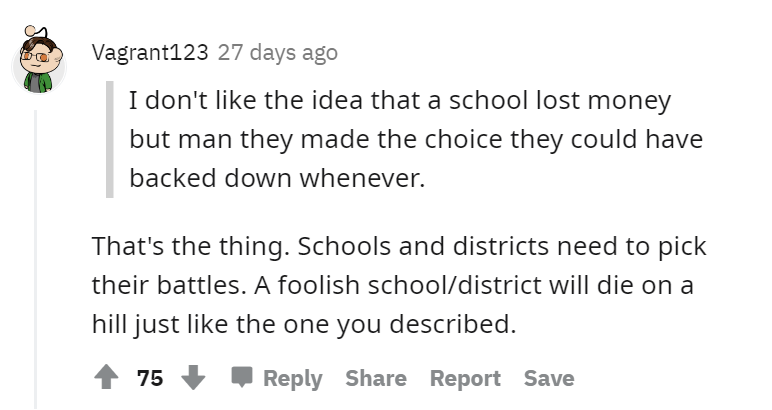 Has your school ever held something against you? What was your high school experience like? Share your experiences with us in the comments below.