TV shows are not what they used to be.

Let’s face it, with Netflix churning out shows like no tomorrow, not every show is a masterpiece. And that is me being extremely nice about it. Sure, there are some series that are beautifully crafted but they are hardly dime a dozen. That is why it is always nice to see an idea that would make for a great show.

I can already imagine it. A hardworking cop who wants to go against the stereotype put on them but doesn’t realize he is a walking talking stereotype in a nutshell. Throw a bit of self-awareness, dark humor and you’ve got yourself a winner. According to the ‘author’ of the idea, this is how many interactions would go.

Why is this not a show already? 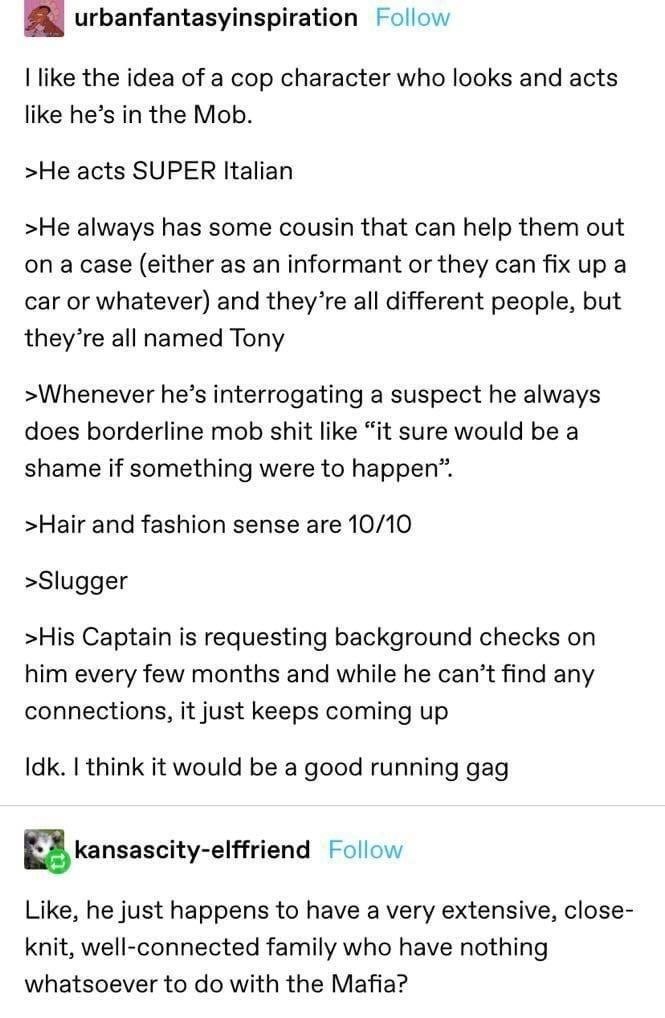 “Say hello to my little friend!” *Pulls puppy out of an open violin case* “rescued him today, but I didn’t have anything to carry him in.” -JapAnus

Netflix should get on this as soon as possible. 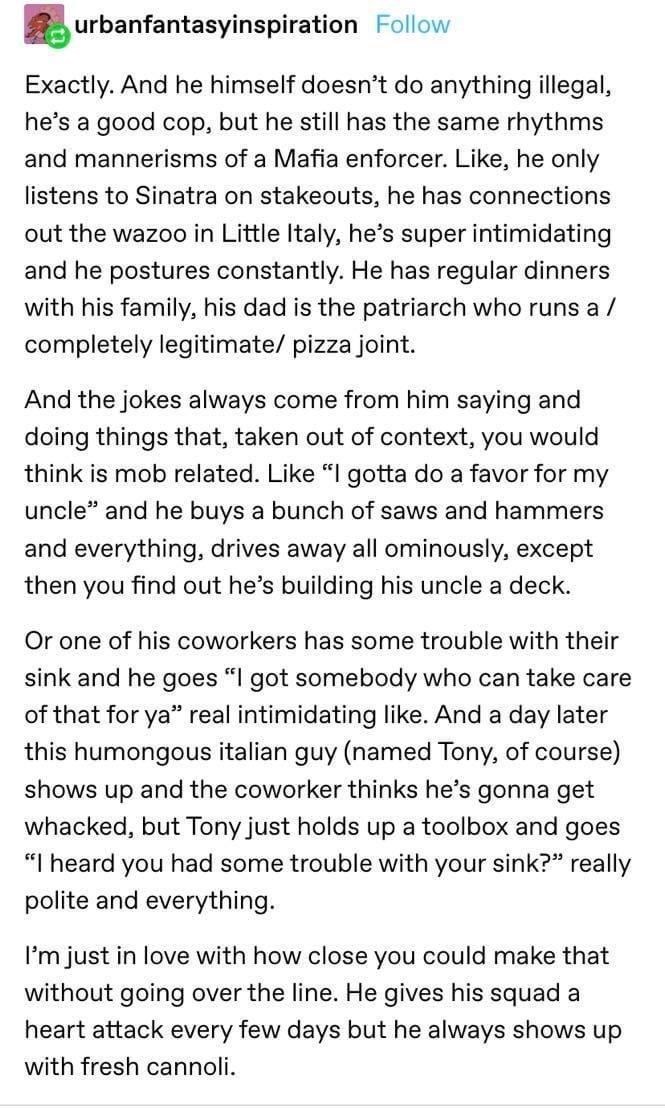 That was better than half the crap on netflix and it was just people making shit up off a good premise. -MalcomFitzcarraldo

Yes! A hard exterior with a heart of gold trope is amazing. 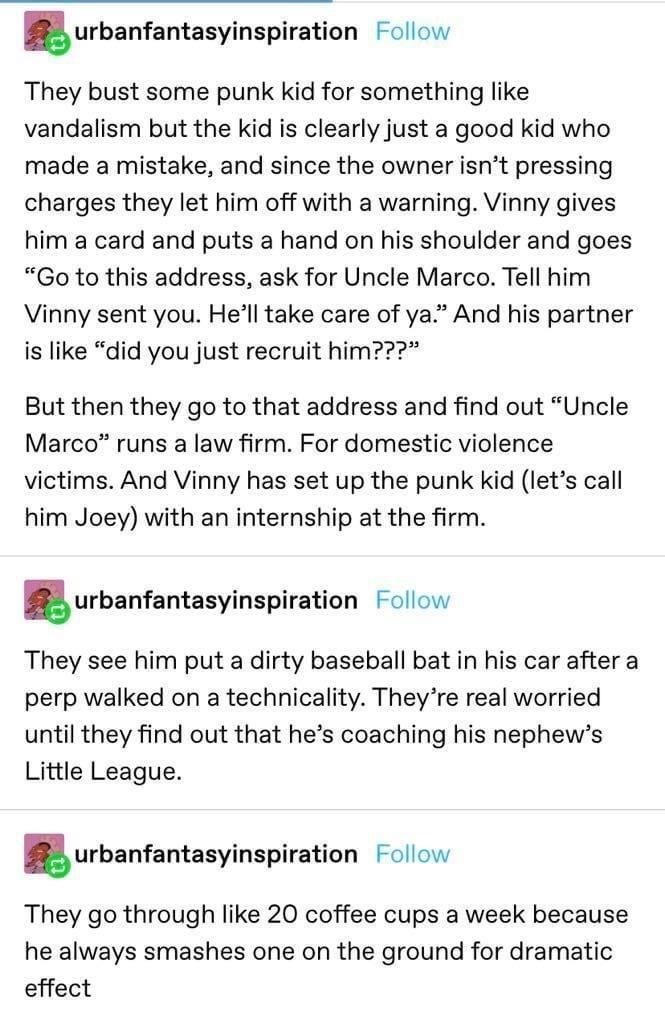 He doesn’t know how he seems like to people himself. 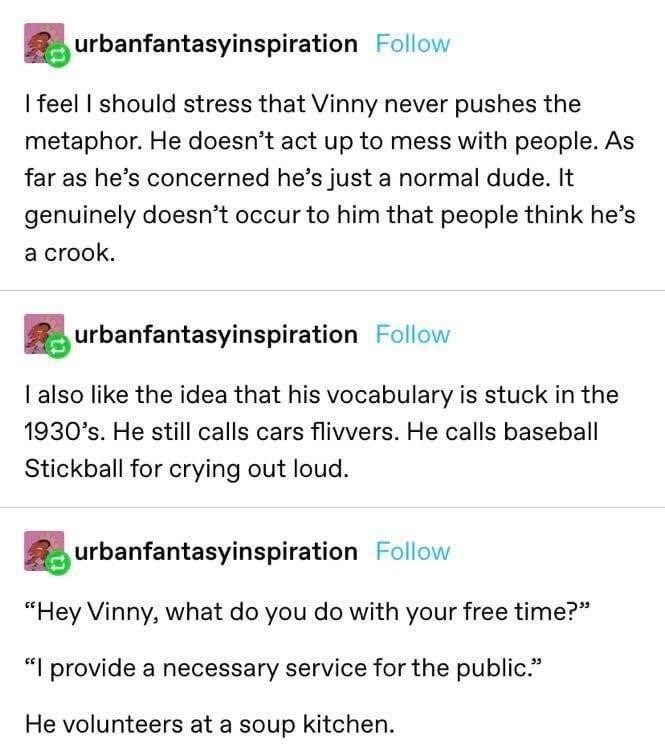 They want to know but he calls everyone their sister or brother even cousins. 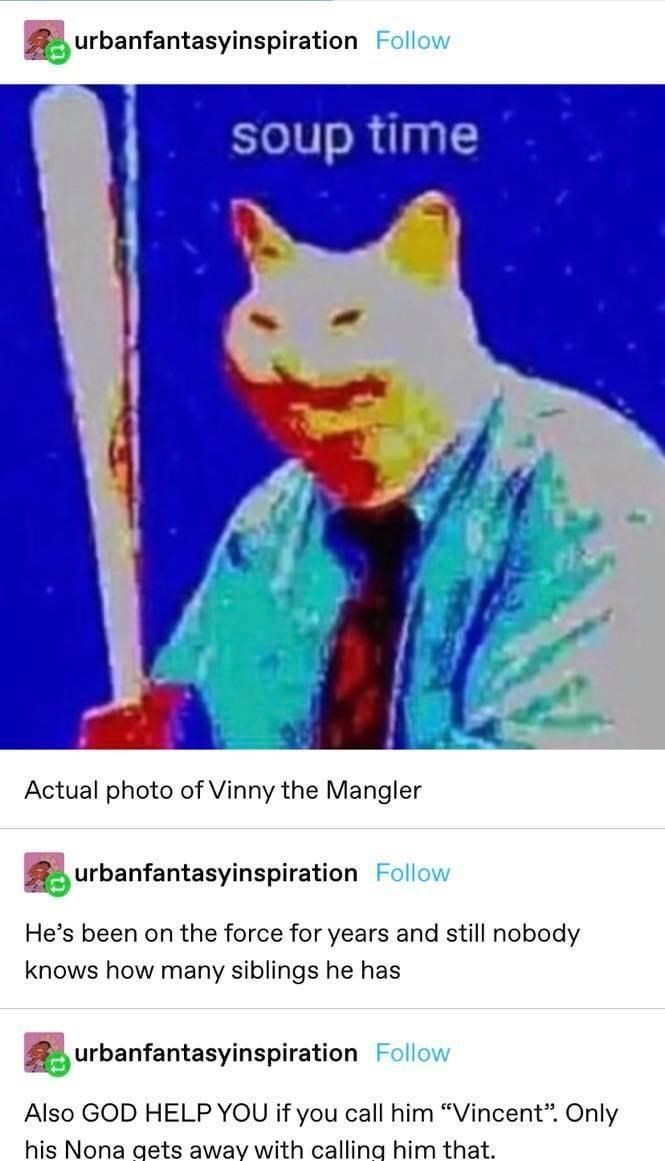 He has one friend he refers to as “The Don” because he would fly into a rage if you called him Donny. And don’t even think about calling him Donald, ain’t no one but his momma gets to call him Donald. -PowwerOrb13

He just doesn’t understand why people act so weird around him. 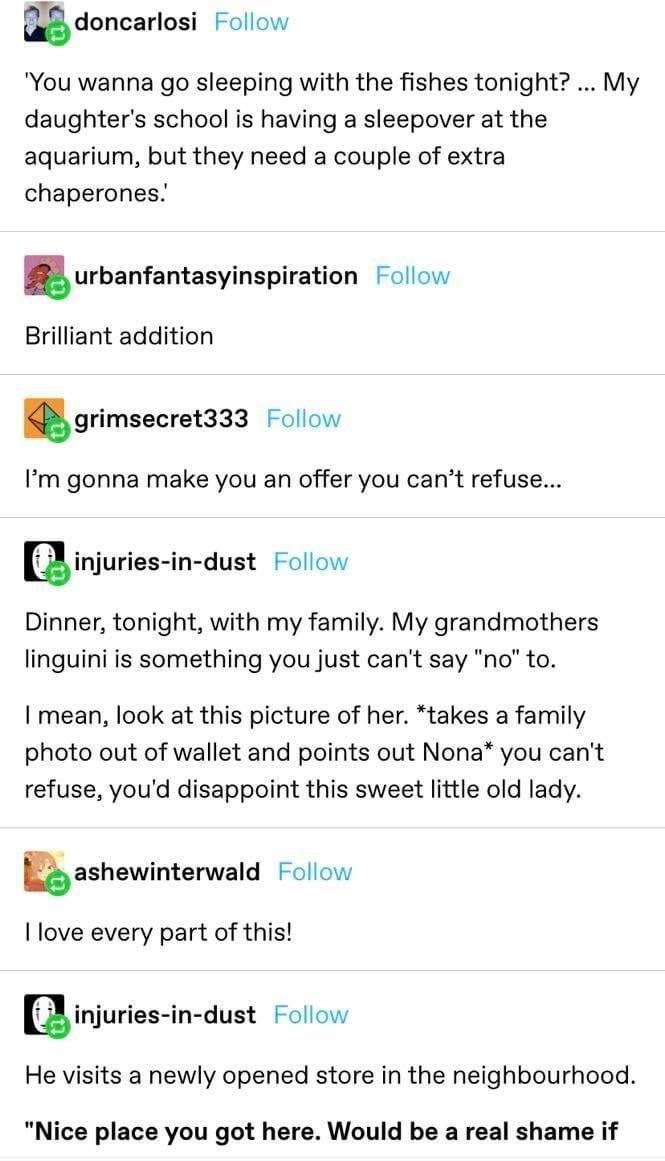 After all, he is just a normal hardworking cop. 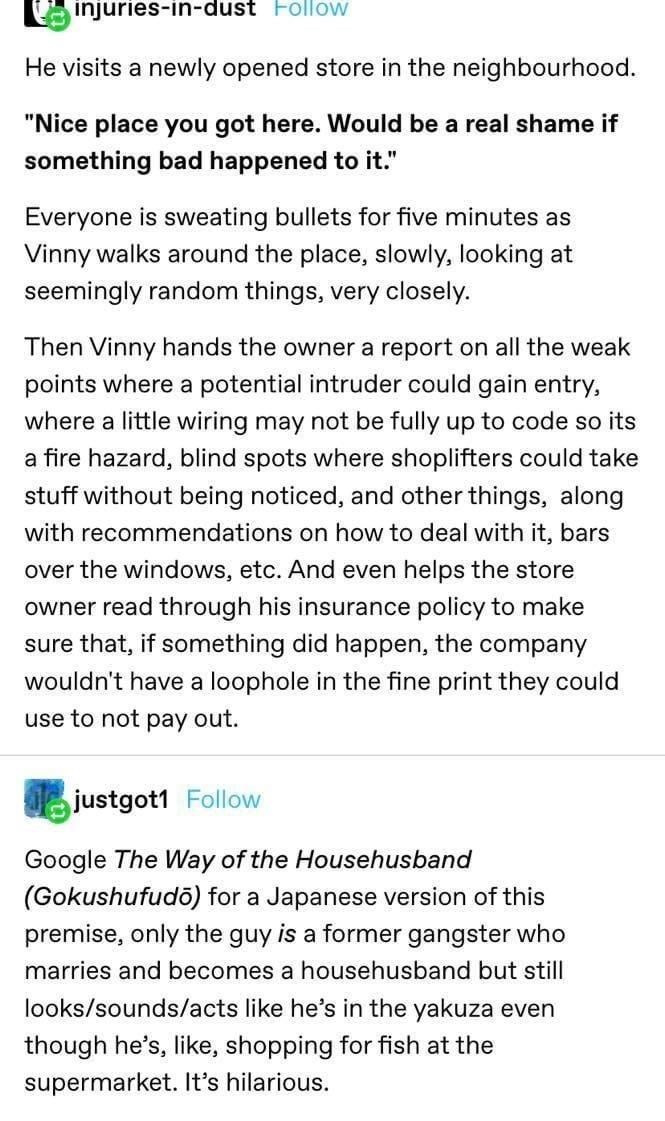 Would you ever watch a show with this sort of character? Comment down below and let us know. don’t forget to share so this gets enough traction to be turned into some sort of visual entertainment.