Moving in together can be complicated.

Living with your partner can either be fun and supportive, but on the flip side of the coin, it can have an array of problems. However, these are manageable issues. For example, both you and your partner, irrespective of whatever you earn, always need to manage your finances to such a degree that the rent, groceries, and other expenses should be split two-way. That would also signify that you’re both equally invested in the relationship. It also shows that both parties are ready to take up responsibilities equally. Financial issues are often taken lightly but they can stir up some drama and several other issues in the long run. For example, while you work overtime just to get through the rent and other important expenses, your partner spends a large sum of money on something very irrelevant, and unnecessary. This will lead to arguments regarding spending.

So this woman on Reddit asked the internet whether her boyfriend was innocent or guilty regarding his overspending. They have been splitting bills, but now the boyfriend wants to change their contribution ratio. Scroll down below to read the details of the story:

The woman and her boyfriend have been splitting their mutual expenses, but they keep their personal bills separate.

Her boyfriend spent his earnings on something that was completely useless.

This led them to a serious argument about their finances. He asked her to increase her share in their mutual expenses.

She shared that she had to work two jobs in order to make ends meet in the past. 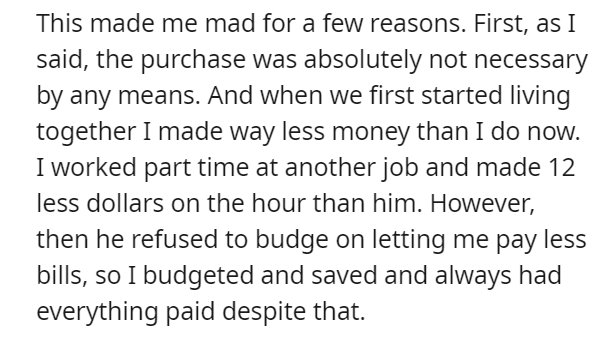 So she refused to increase her share in their bills.

The boyfriend thinks that she is wrong, but in all fairness, she stands her ground.

This is why she thinks that she might be wrong.

In my opinion, the woman is right for arguing about their finances being spent on things that don’t serve any purpose and cripple them financially. She worked two jobs just to support both of them, and it’s only fair if the boyfriend does the same this time. She is right for refusing to pay more.

Most of them took the woman’s side. 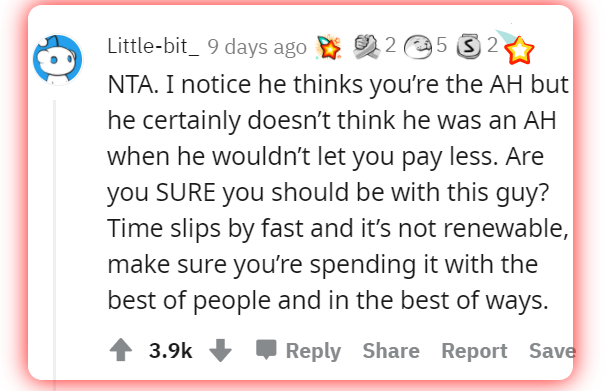 They warned the woman that this is a huge red flag.

He is only dumping his responsibilities on her. 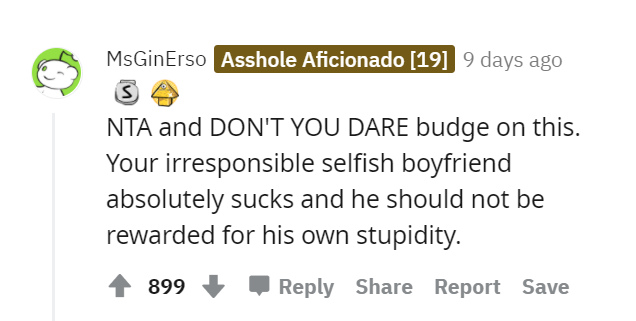 Some of them were enraged. 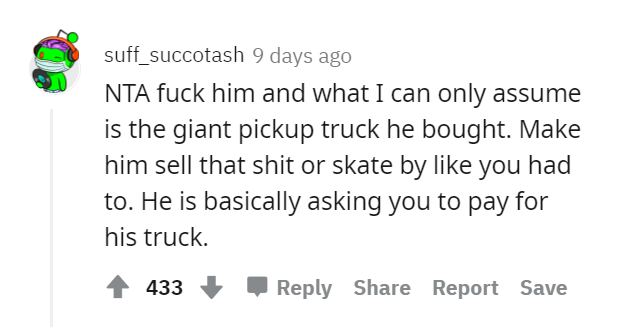 Who do you think is wrong here? Should the girlfriend stick to her decision of not increasing her share in their mutual expenses? Let us know your opinions in the comments below.