Sometimes, big things come in small packaging and sometimes it’s the complete opposite. There are many wonderful things in this world that come in unexpected sizes. You buy a strawberry and it turns out to be the size of your hand. Now that’s an odd size for a strawberry. Well, do you know the size of an octopus? All we know is its huge, right? So, imagine one day you go to the beach and you’re casually lying on your towel enjoying your weekend. You decide to wade by the shore and playfully run your hand through the water. That’s when you notice something getting stuck on your finger and it turns out to be an octopus. Now, that’s a small octopus.

The point is, mother earth is full of surprises and never fails to amaze us with its wonders. Here are 19 things that will astonish you with their unexpected sizes. Take a look below. 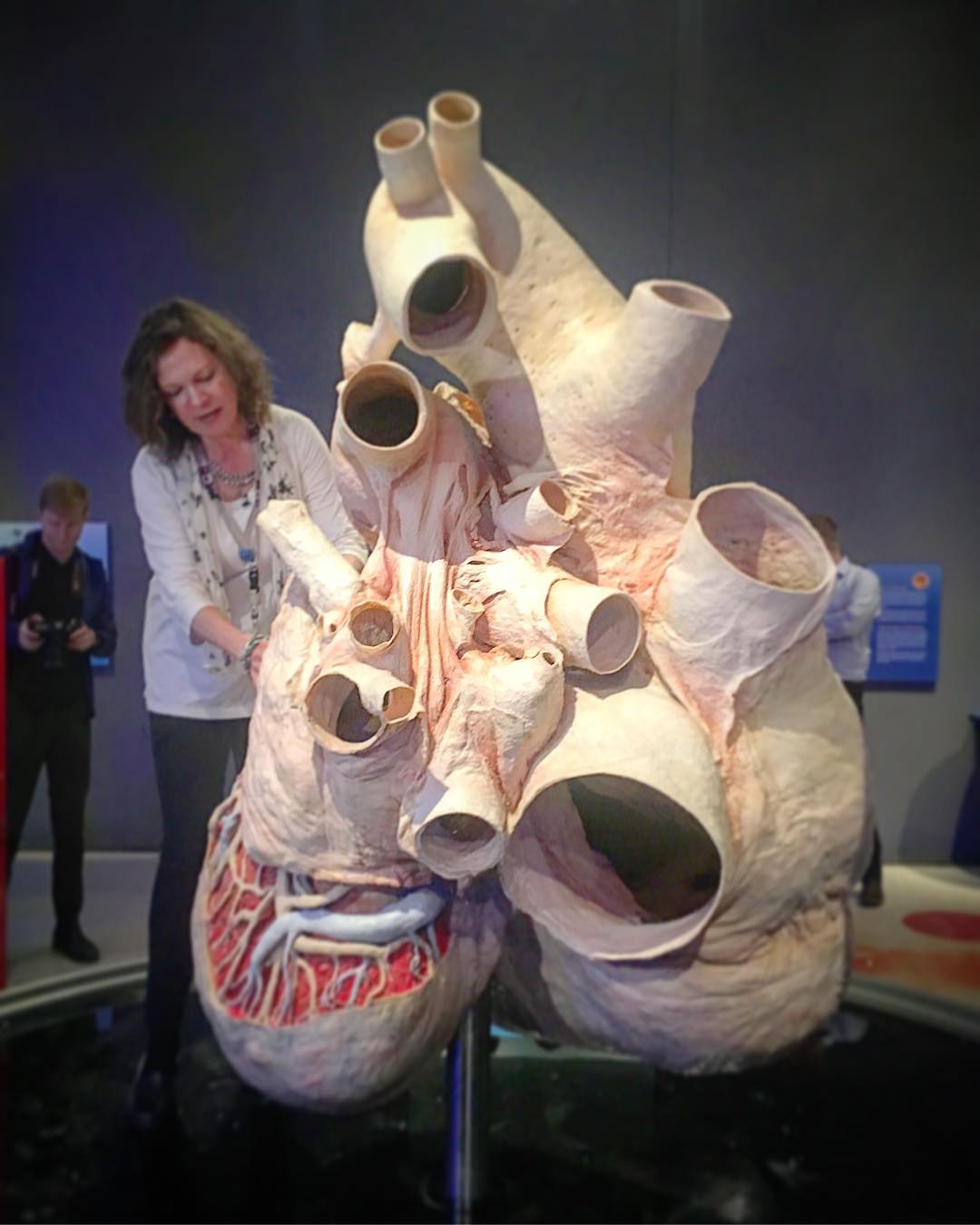 We’ve heard the phrase, “you have a big heart.” But, today we’ve seen one. This is a blue whale’s heart and it weighs around 400 pounds. Another great fact about the blue whale’s heart is that it can be detected from two miles away and is 5 feet tall in length.

That’s the smallest cell phone in the world. 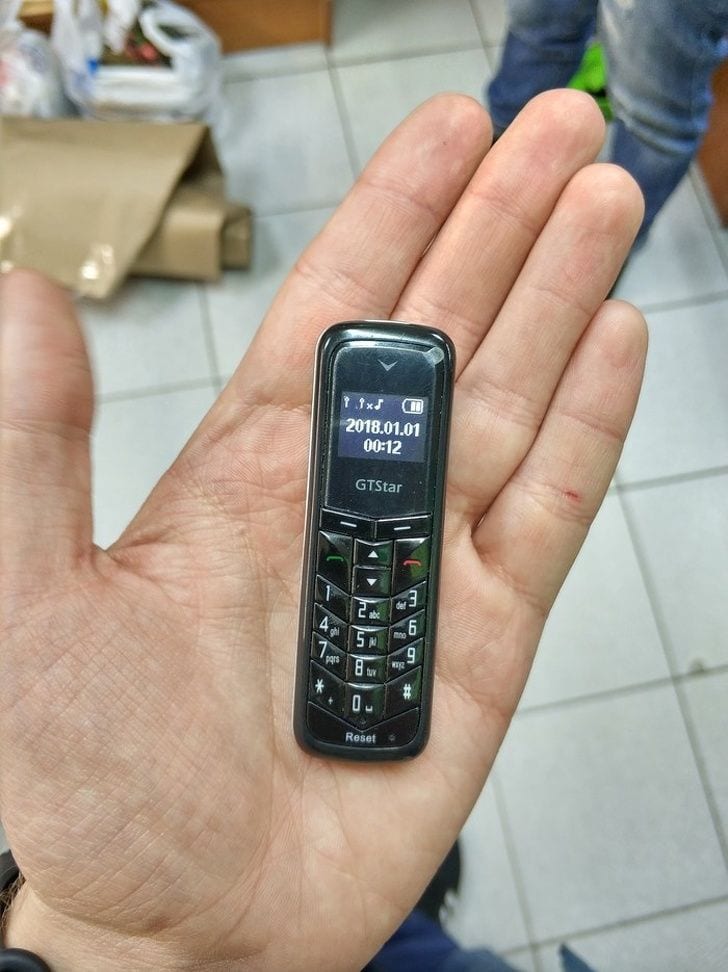 When the cell phones first came out, they were pretty big in size and we couldn’t fit them in our pockets. With the advancement in technology and exponential growth in the telecommunicational industry, our phones started shrinking. Over the past decade, phones have started to grow bigger and smarter and today our smartphones are way smarter than most people.

If we come across a smaller phone in the present time, it feels very awkward and outdated. In the picture above is the world’s smallest phone. It’s called GT Star BM50 mini mobile phone. It weighs around 59 grams and is only 3 inches long.

Mosquitos with a wingspan of 4 inches. 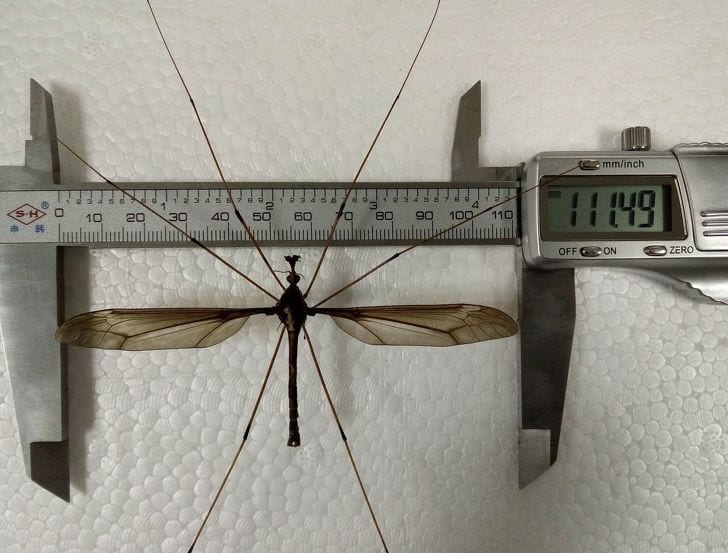 This is a Holorusia mikado mosquito. 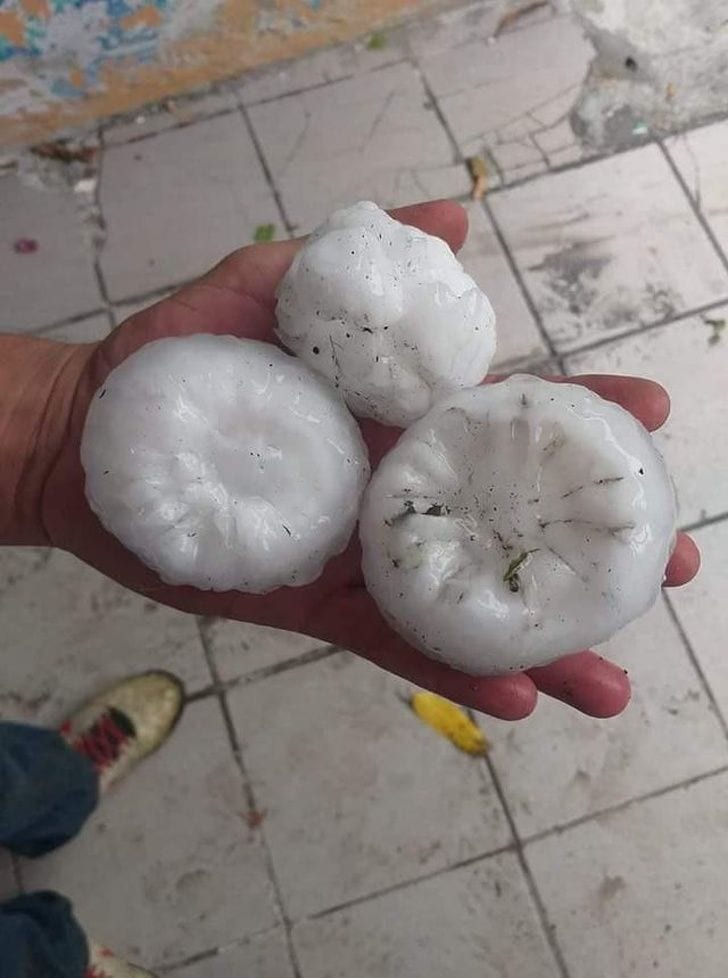 What seems to look like a monster’s molar tooth is actually a hailstone. 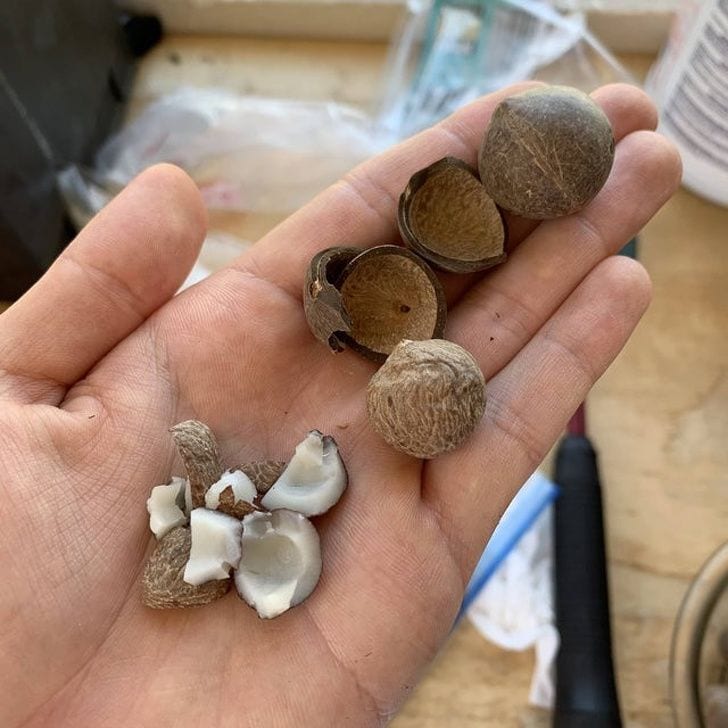 Say hello to baby coconuts. They taste the same as a mature coconut but have a rather crunchy texture. 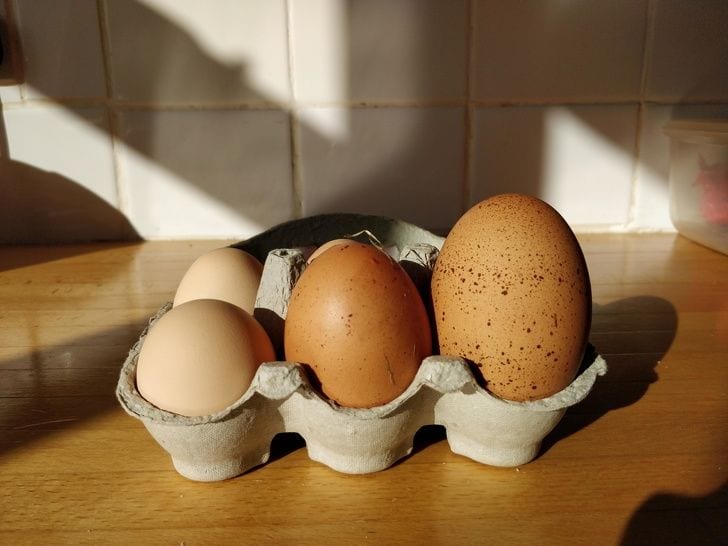 It’s a hen’s egg but unusually huge in size.

“One of our chickens laid a monster egg today.” 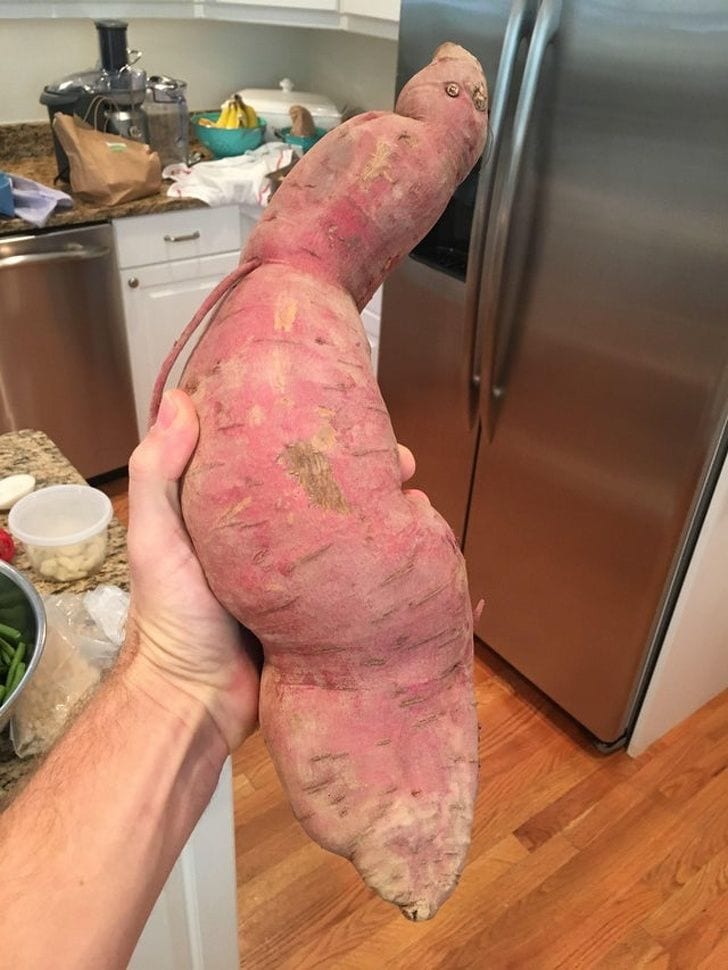 A good strawberry day for these guys. 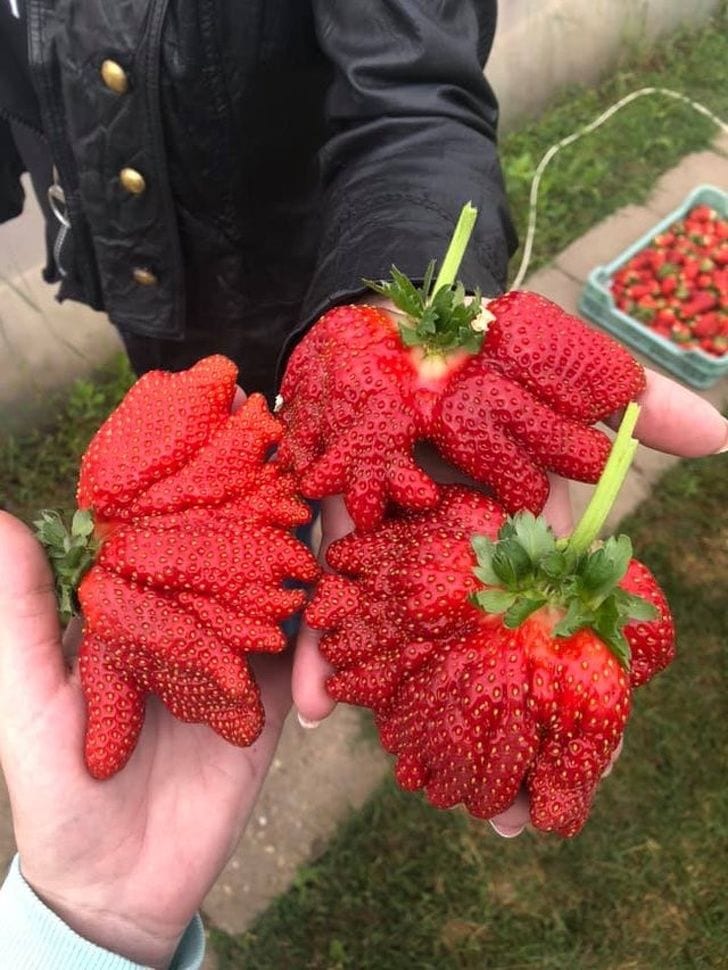 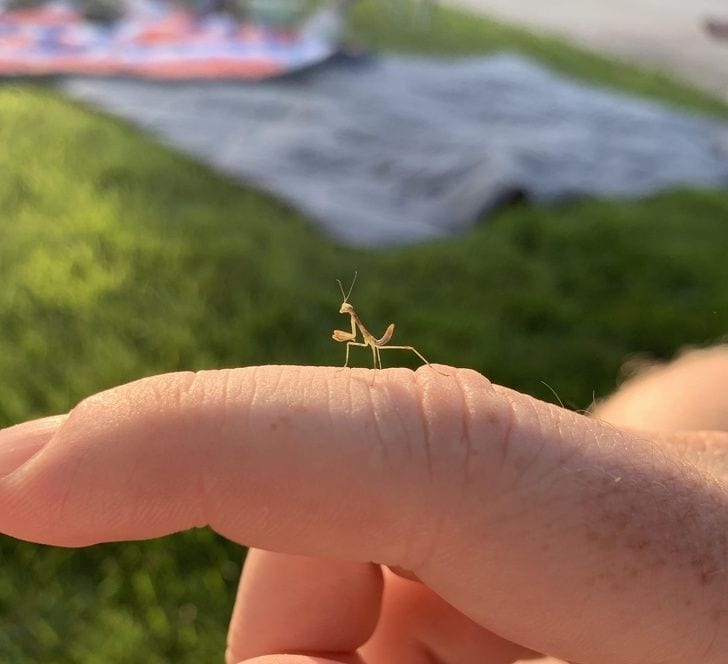 Looks like the caterpillar from Alice’s Adventures in Wonderland.

“This dude does not want to pupate. I think he’s enjoying being a caterpillar too much. All he wants to do is eat and he’s gotten enormous.” 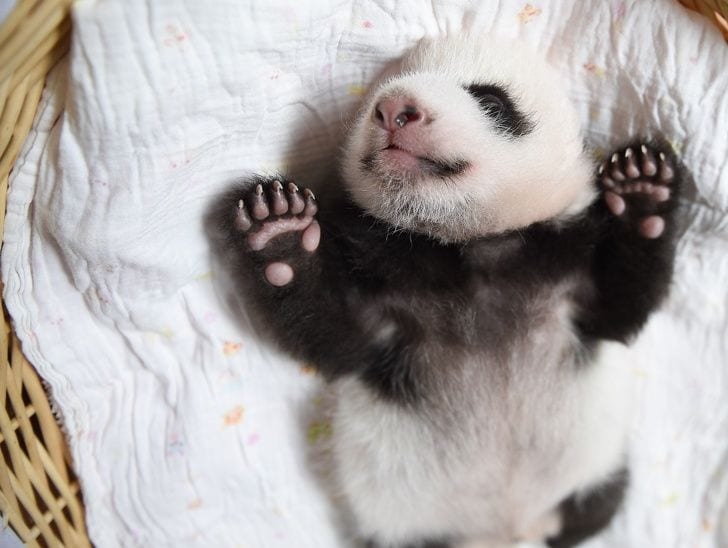 That’s a baby panda over a month old. 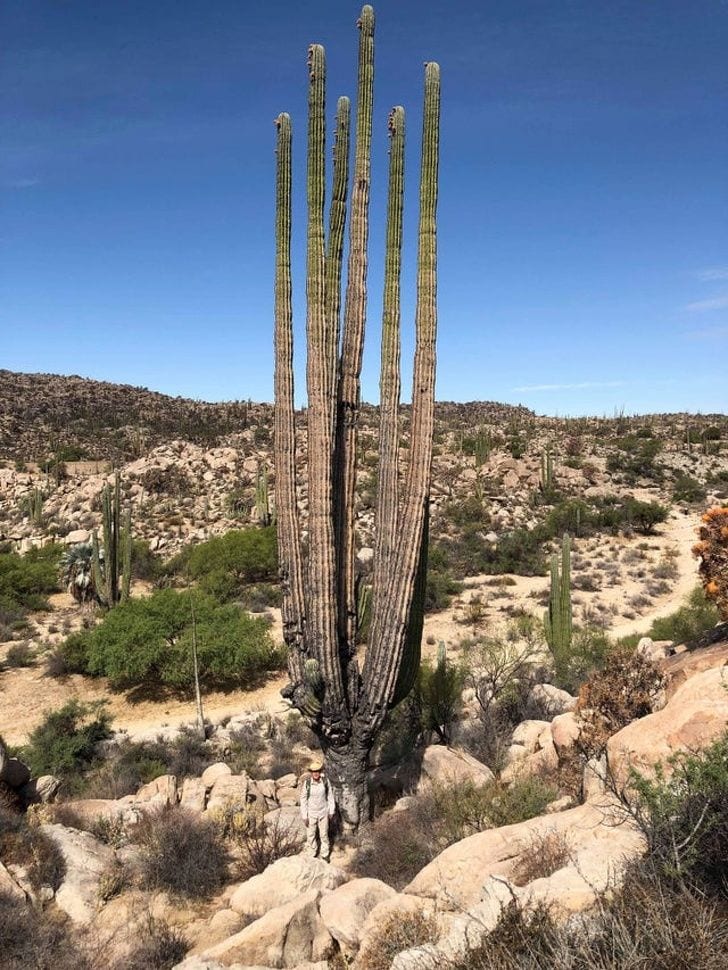 “Did you guys know how big a cactus can get? That’s me at the bottom.” 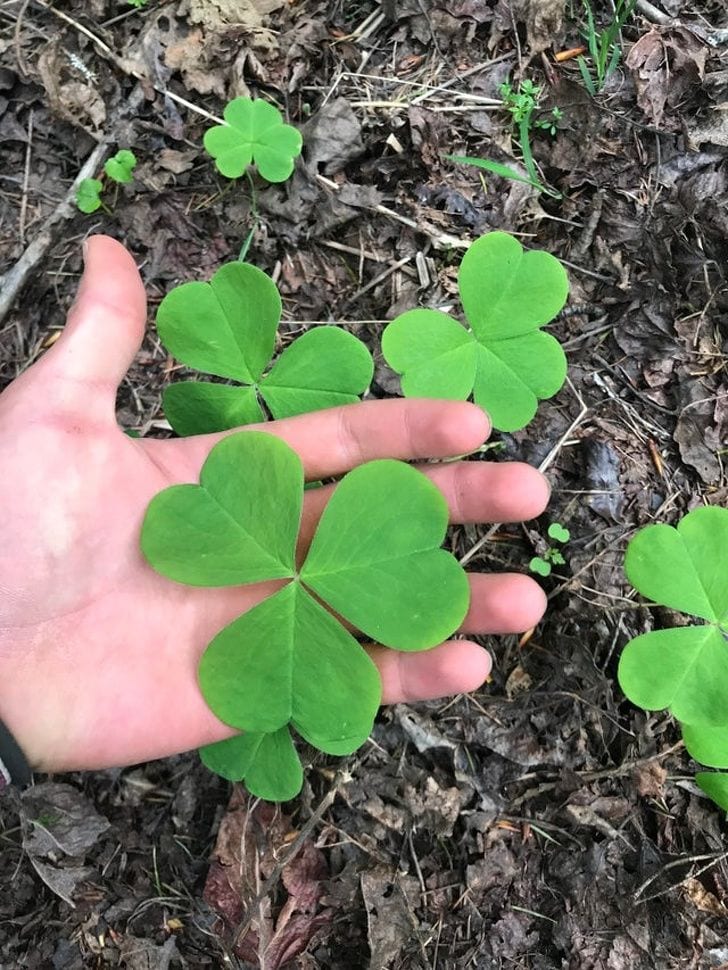 The tallest basketball player in the world.

Sun Mingming is the tallest basketball player in the world. He’s 7 ft and 7 inches tall. Besides him is Dwayne Johnson who is 6 ft and 5 inches tall. Whoa! Look at the difference in the hights. 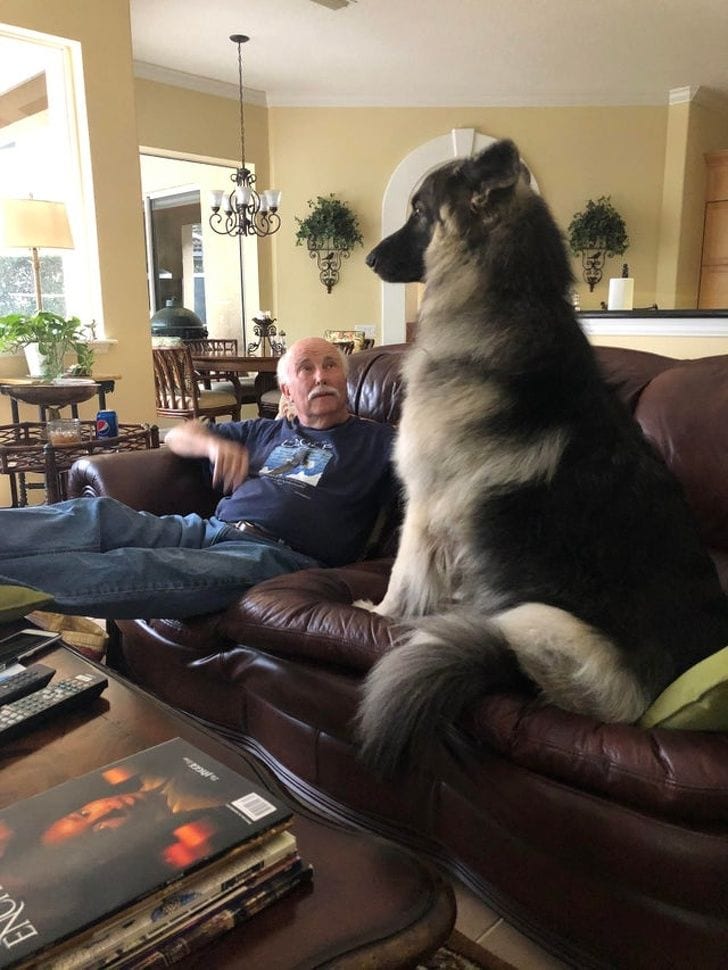 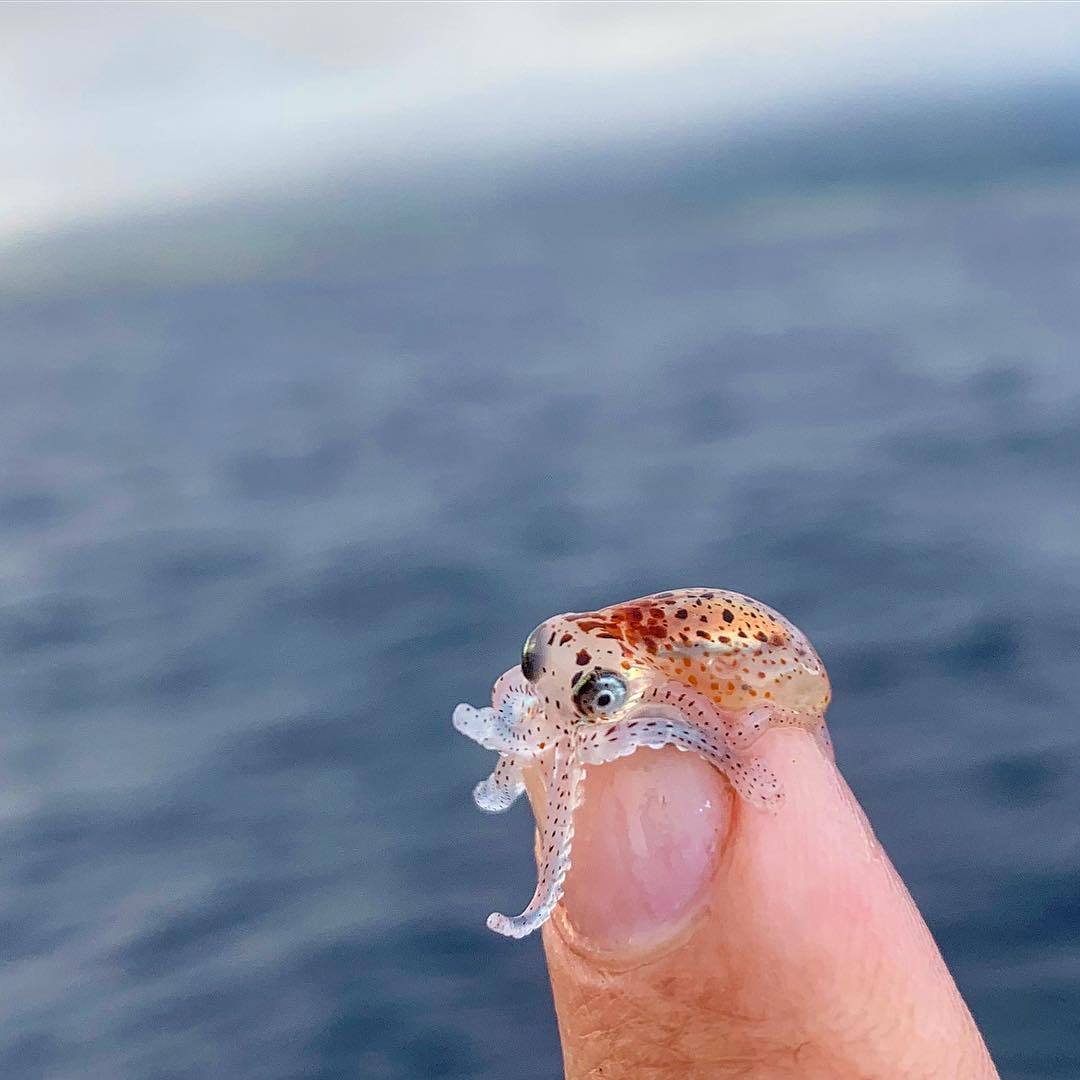 Teenager maine coon and a dachshund. 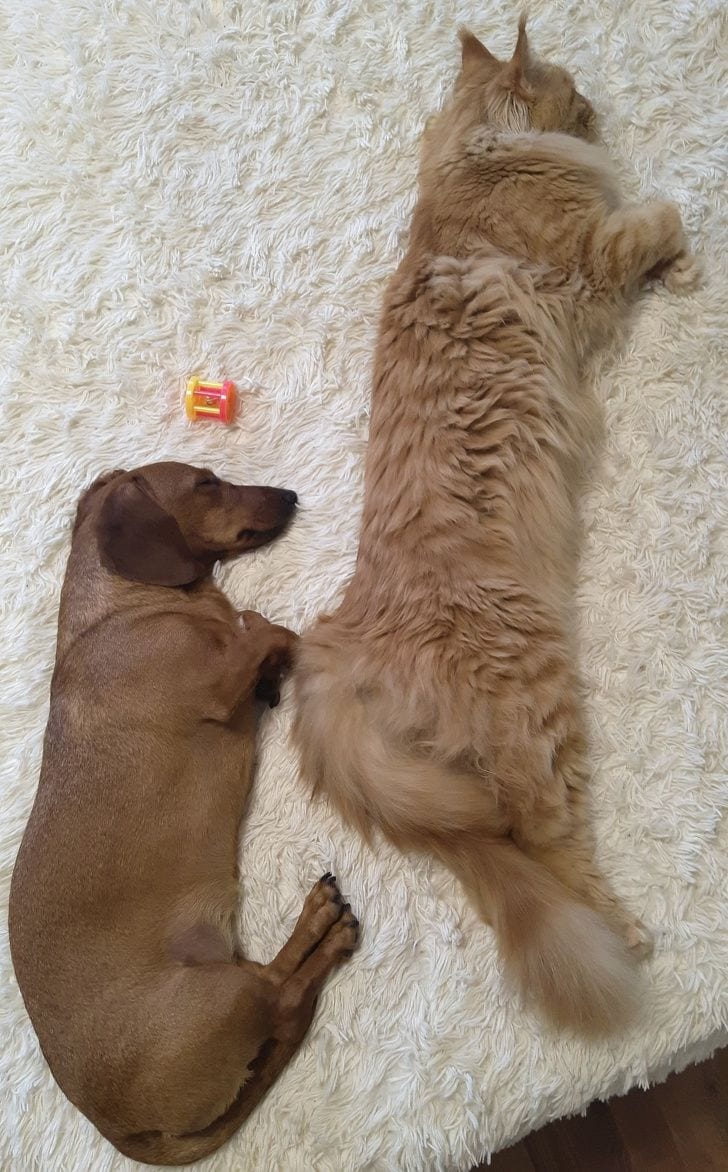 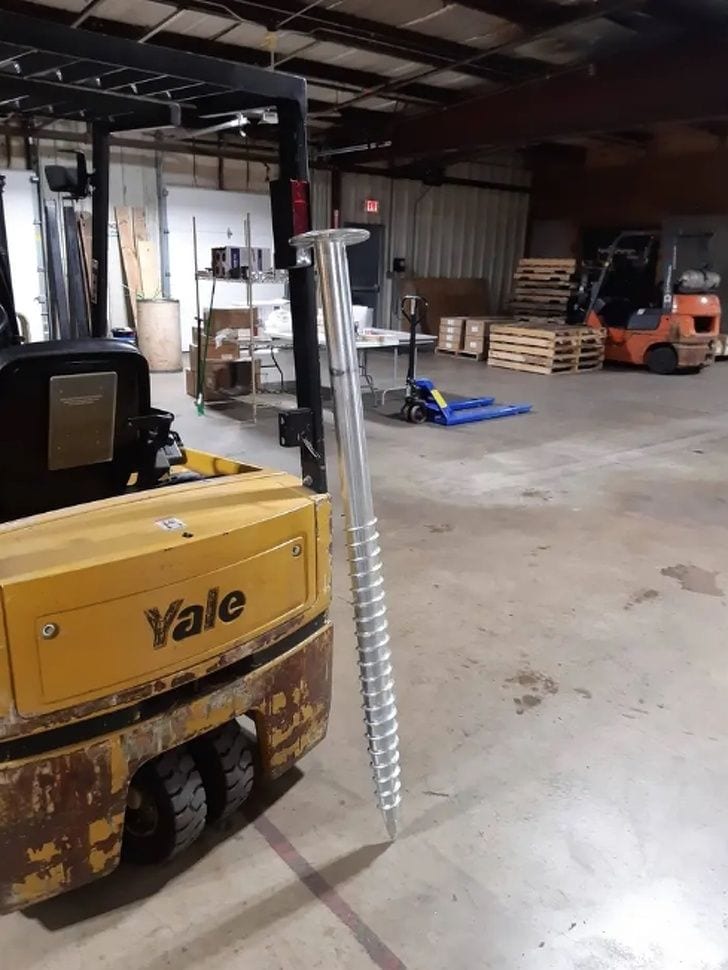 A white shark next to a human. 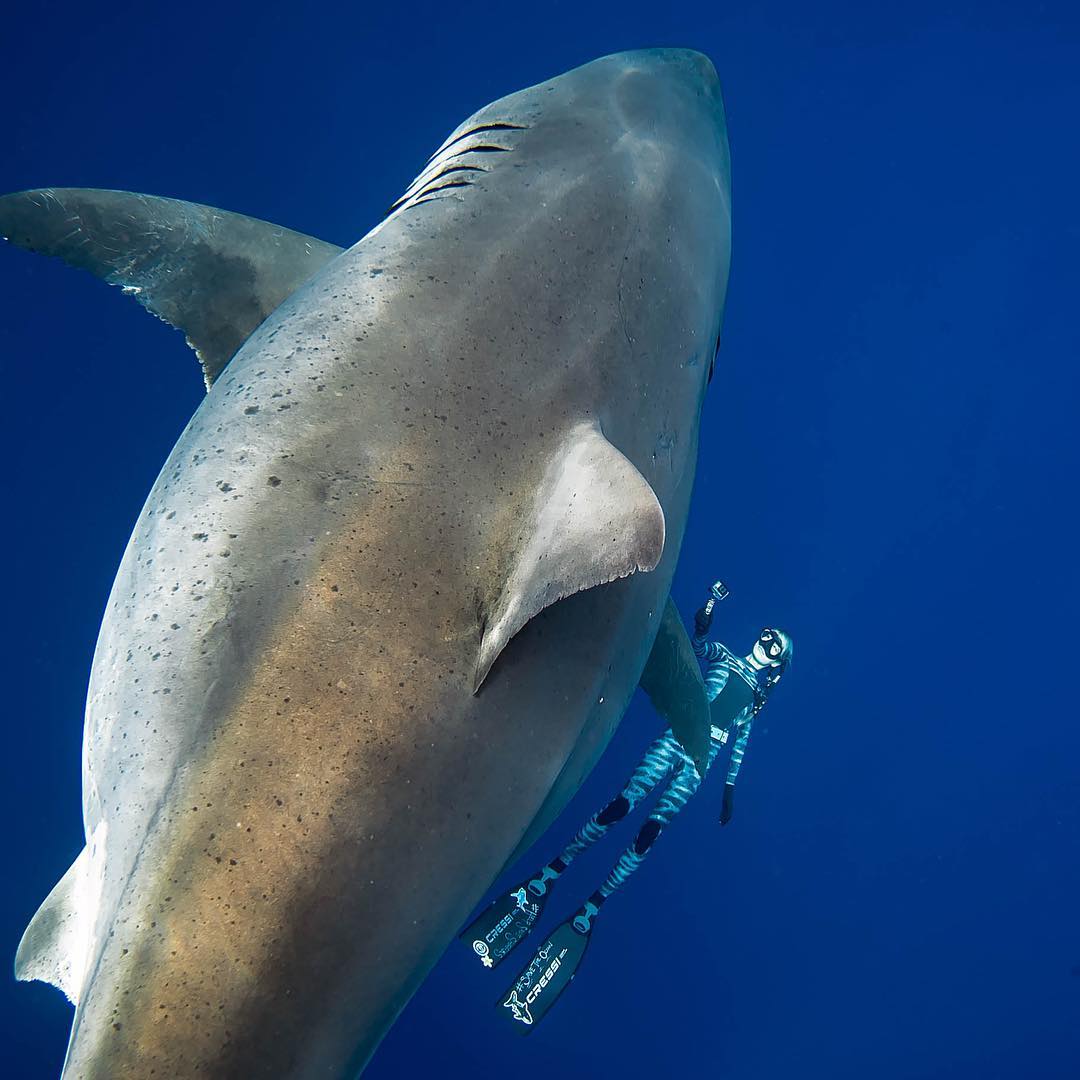 Looks like the shark is playing with its human action figure.

Some of these sizes completely shocked us! Let us know what you guys think in the comments below. Don’t forget to share this interesting information with others.