Cats are the boss.

They do whatever they want, wherever they want, and whenever they want. You can’t control them no matter how hard you try. Cats aren’t like dogs who would obey your every command and be a good little boy. They have a very rebellious nature and that is something that we all have to accept. Most of us don’t adopt cats because they adopt us instead.

You don’t choose the cat. The cat chooses you. If a random cat just comes up to you and starts acting friendly, just know that you have been chosen. You are one of the lucky ones. This is a rare experience so cherish it. The users on subreddit r/notmycat have experienced this amazing feeling and shared pictures of random cats that adopted them. This isn’t their cat, but they are it’s human. It might sound a little complicated right now, but scroll down below and you’ll realise what “This is not my cat” really means: 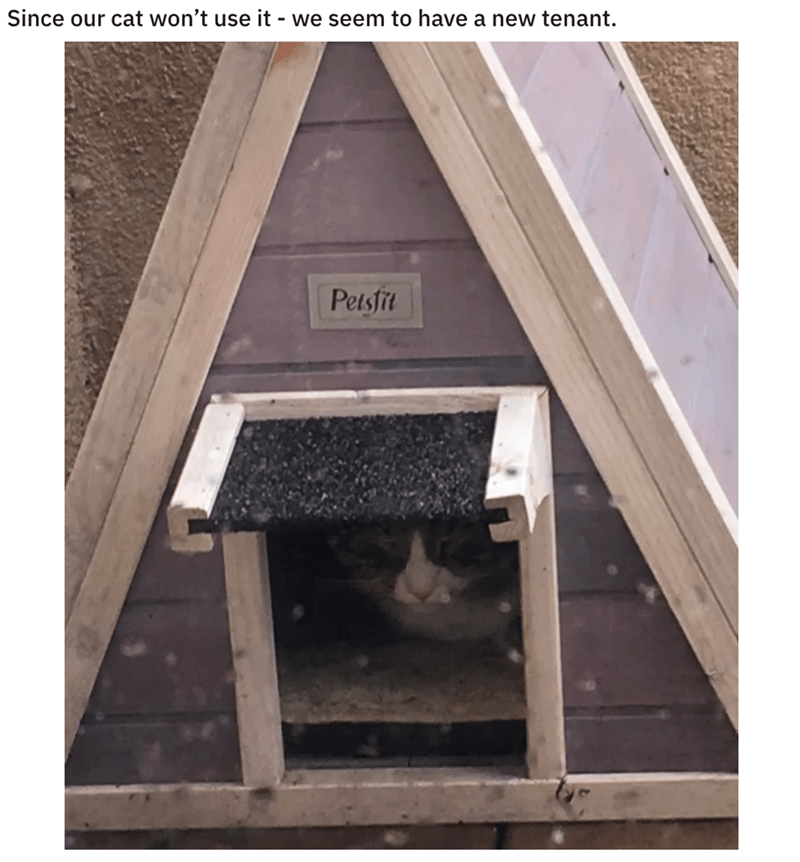 2. He looks surprised to see you too. 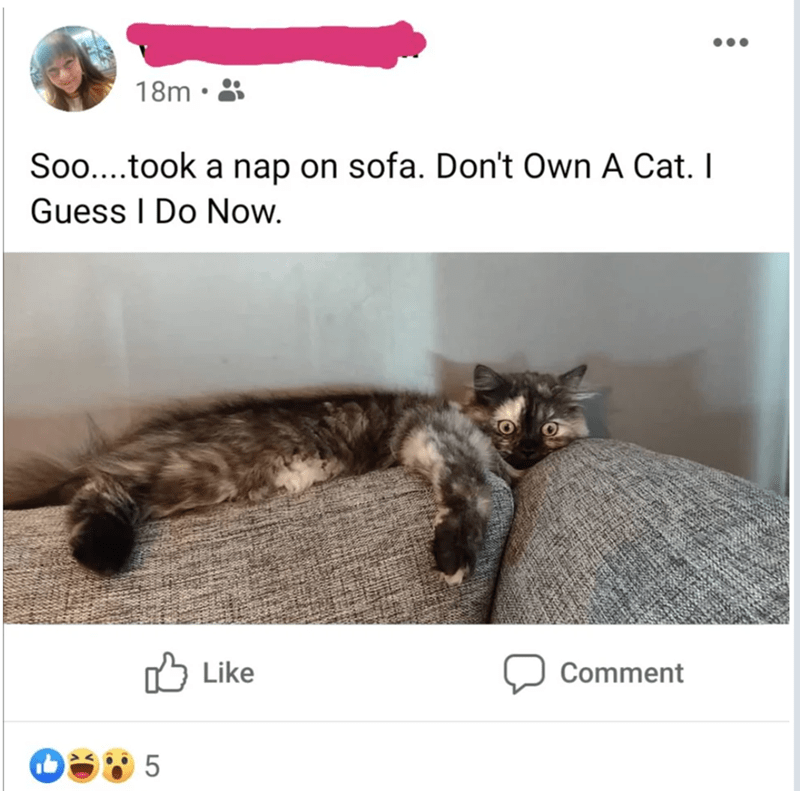 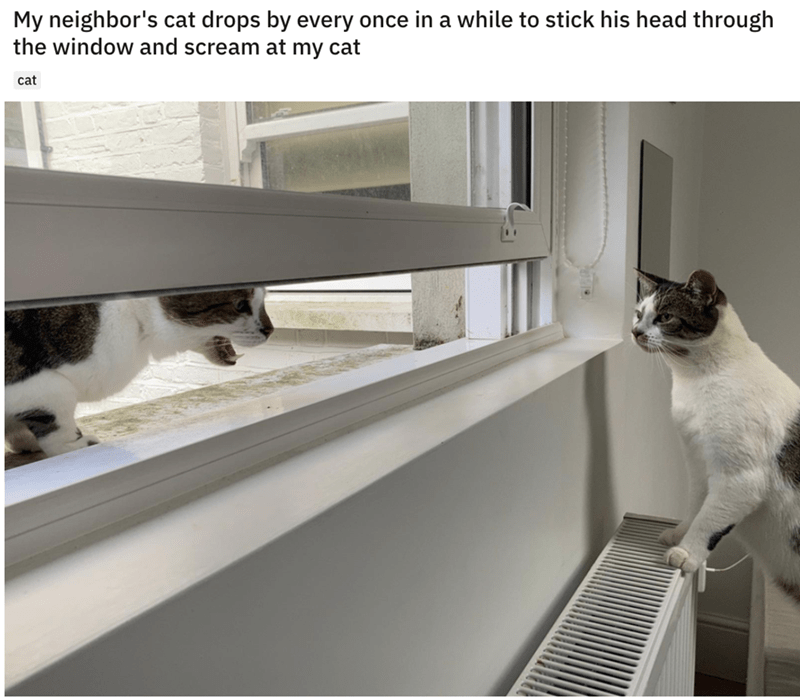 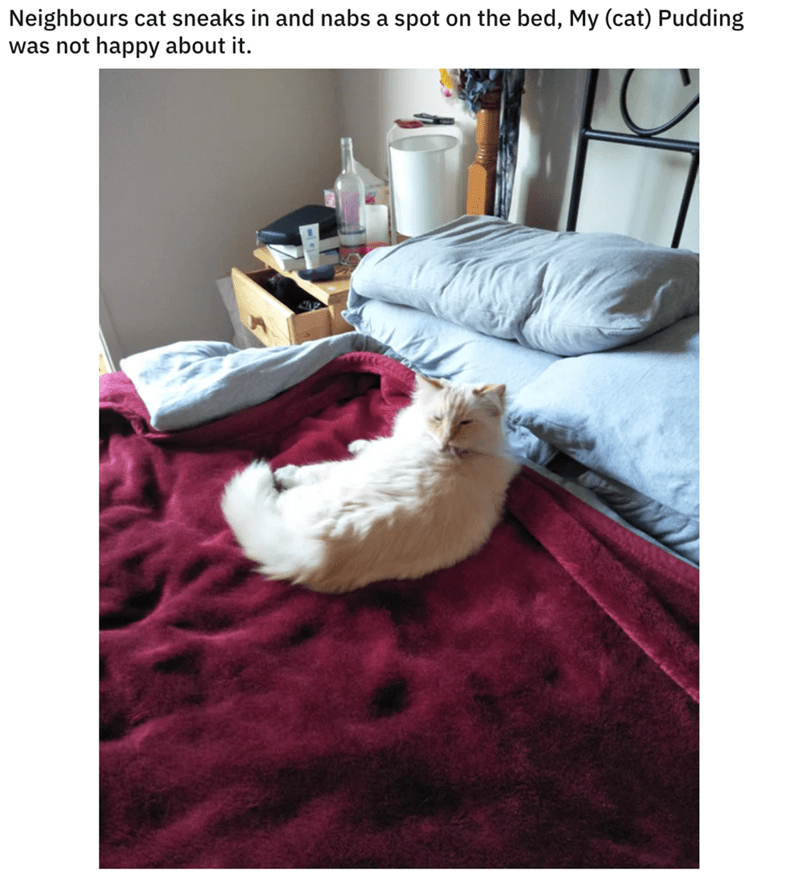 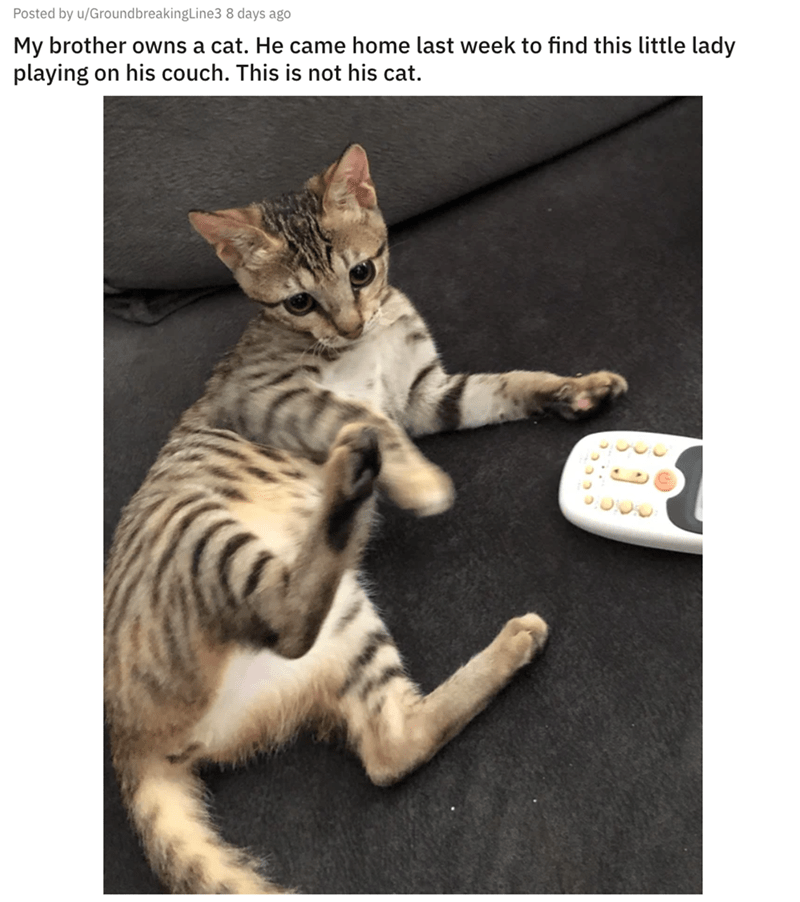 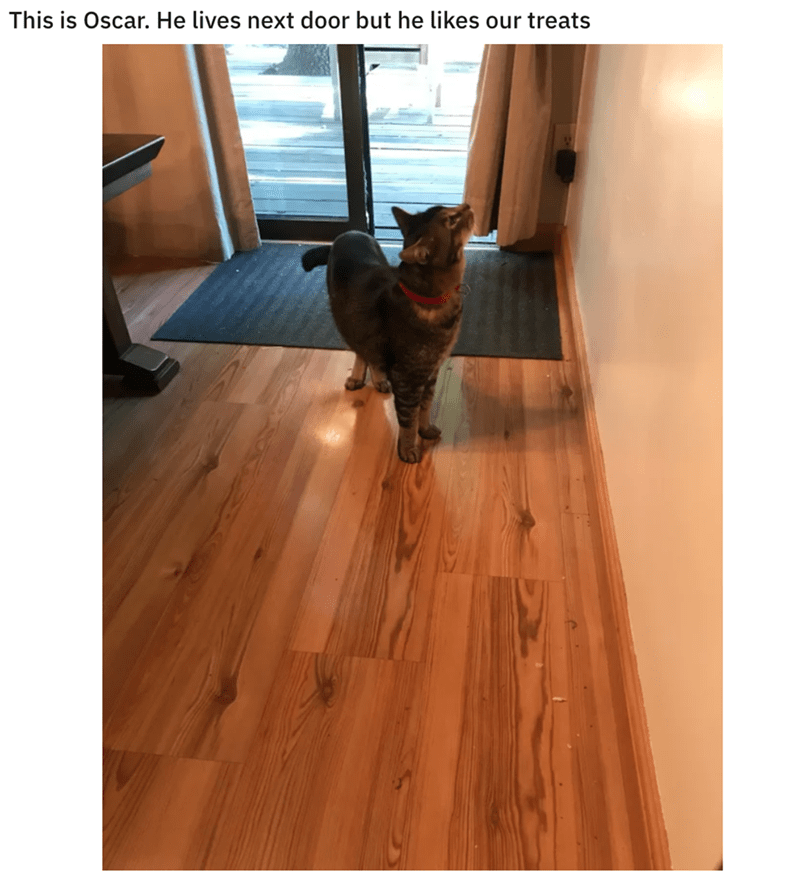 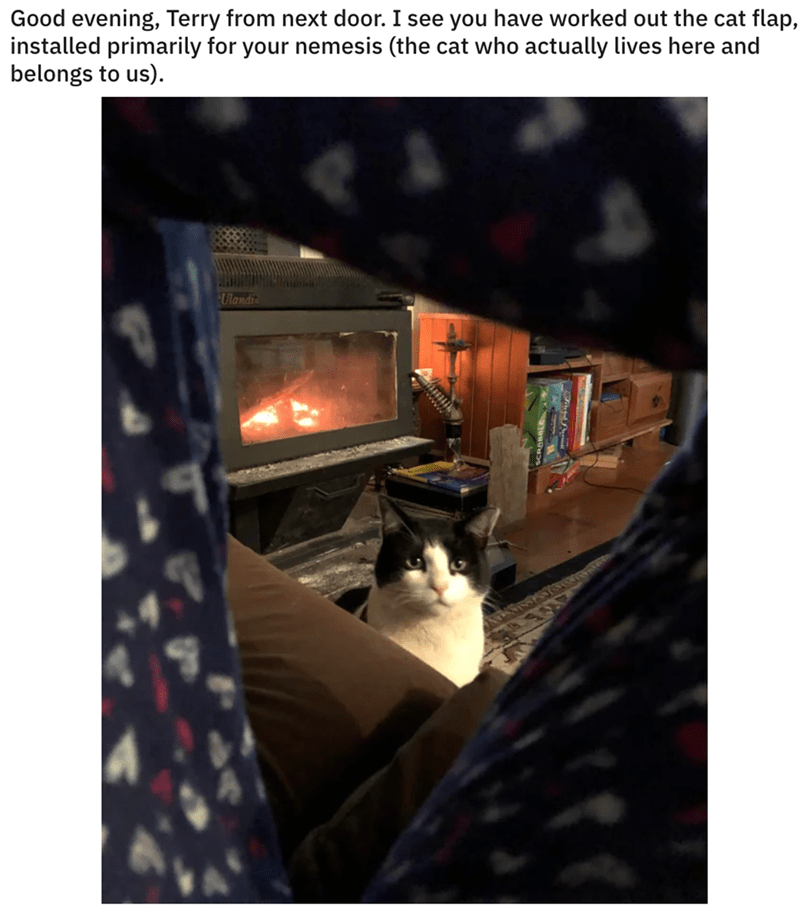 8. He looks so comfortable. 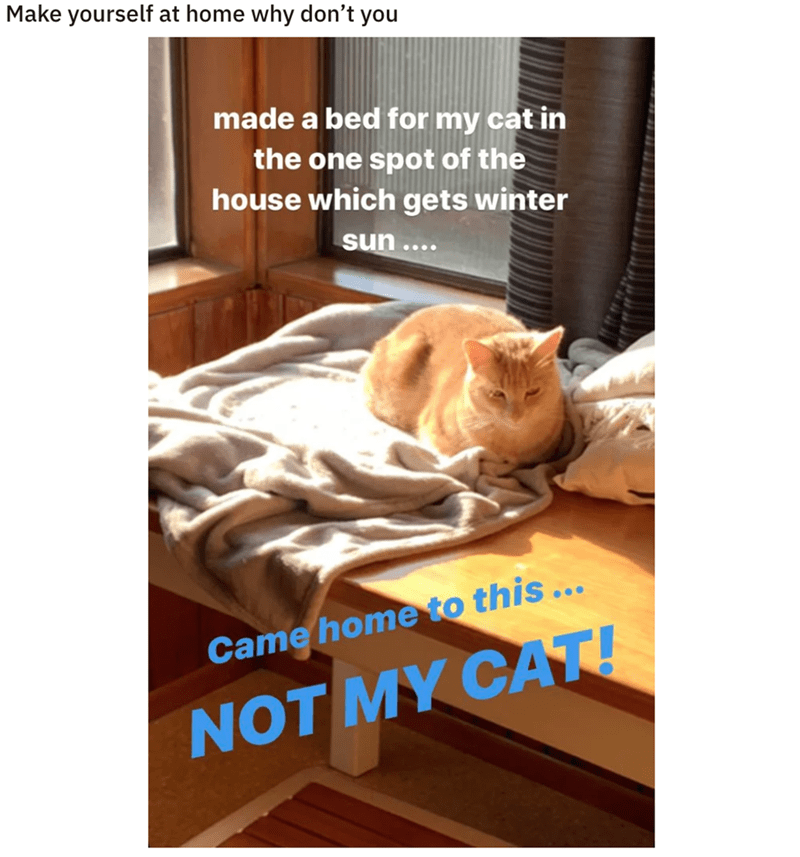 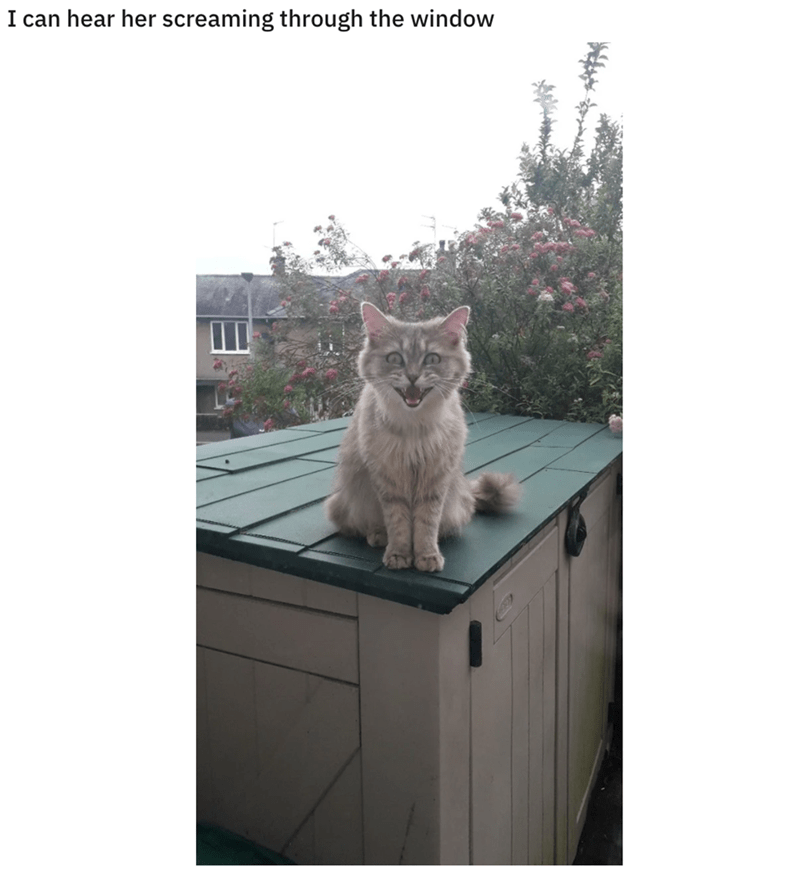 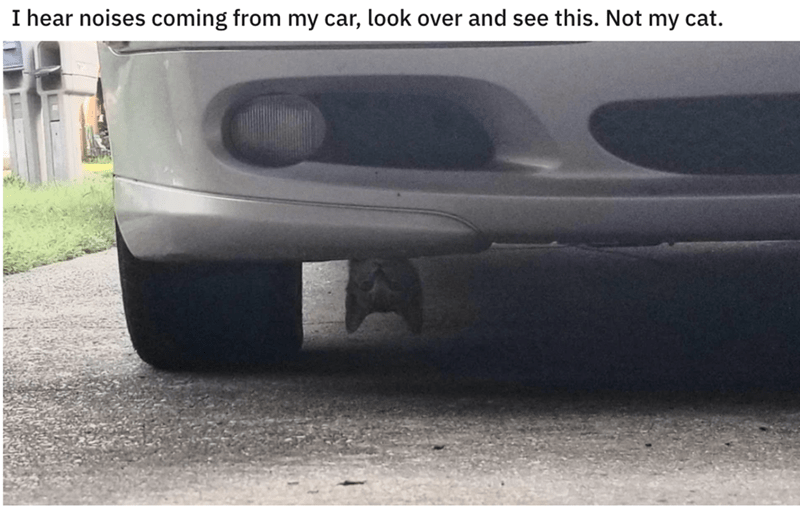 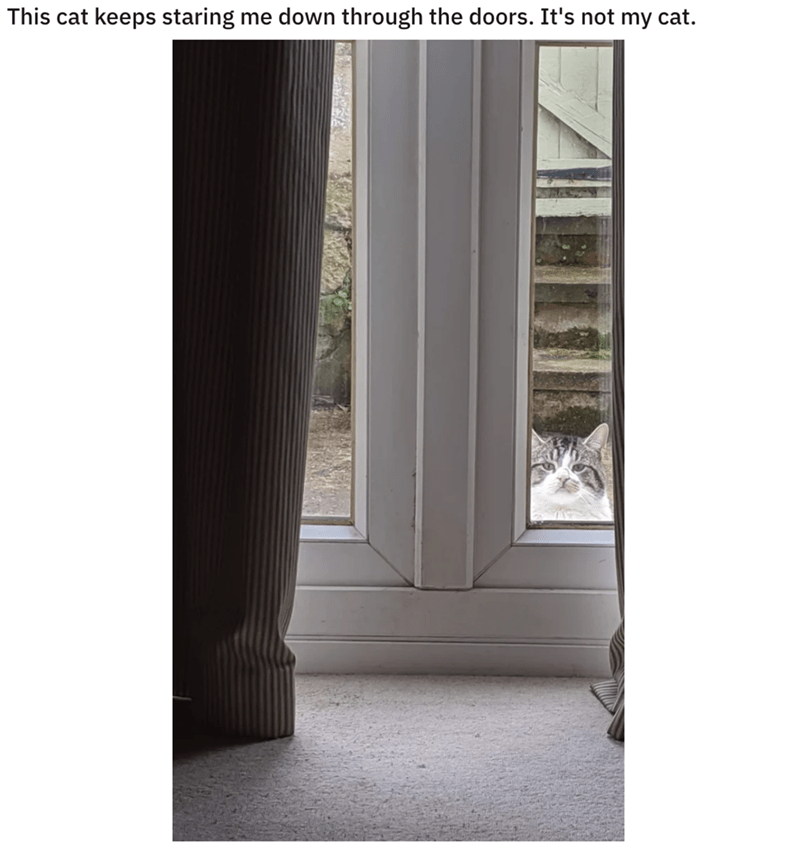 I had a “This is not my cat” moment too. But that moment lasted forever. I was walking home when a cat started following me. He followed me all the way home and when I closed the door behind me, he started meowing at me to open it. When I eventually opened it, he made himself at home on the couch. I fed him and he has stayed here ever since. His name is Colonel Meow. 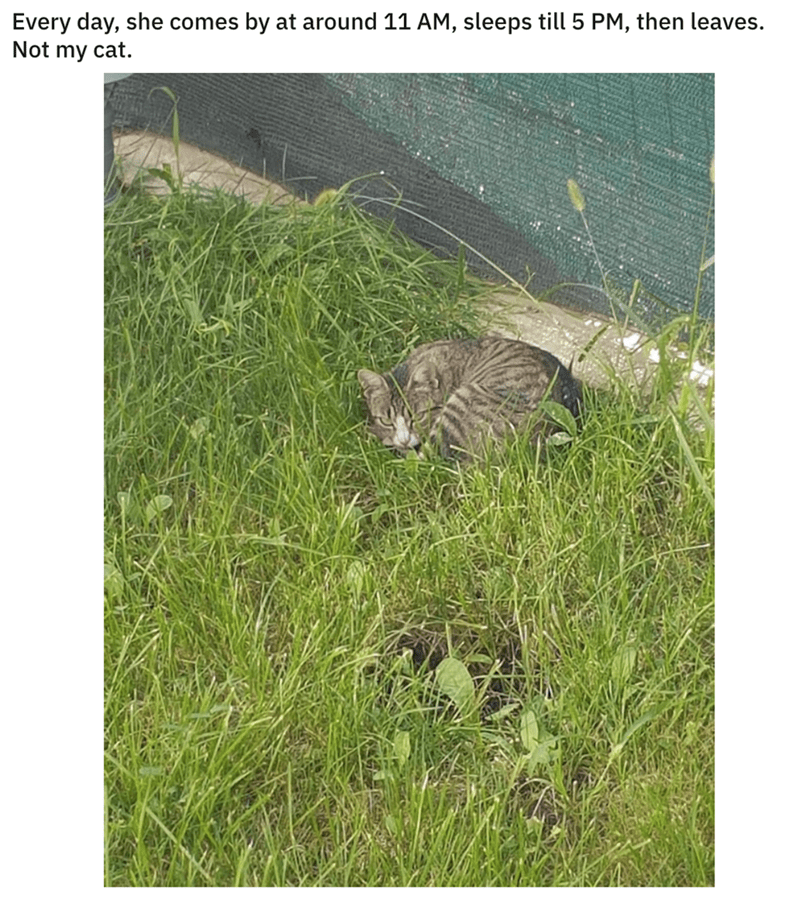 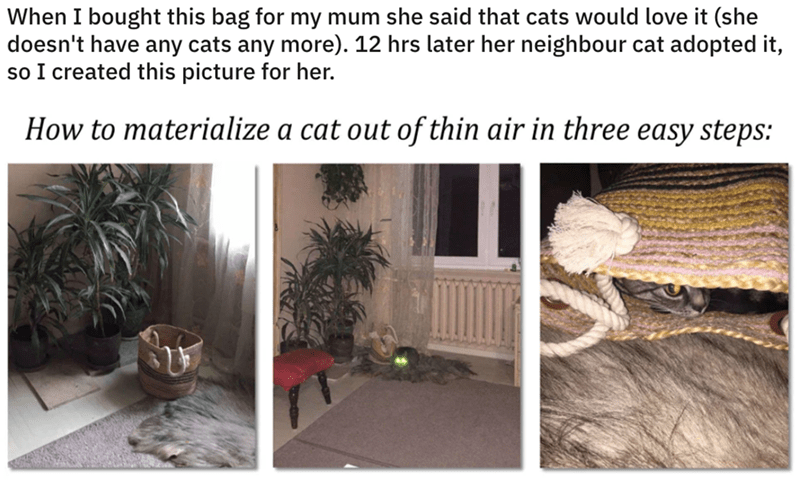 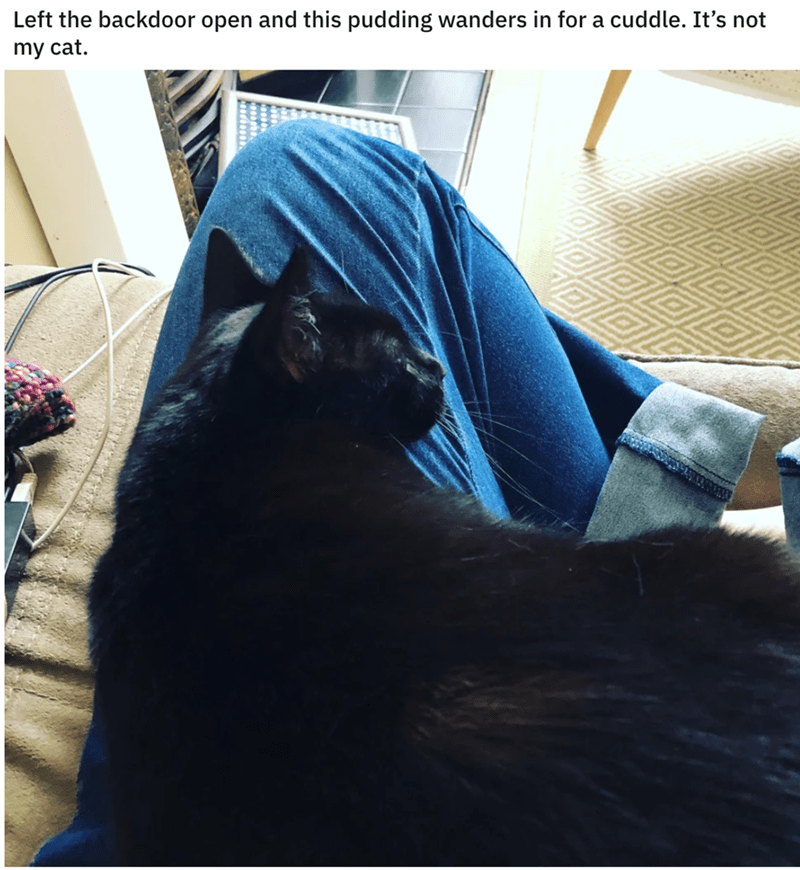 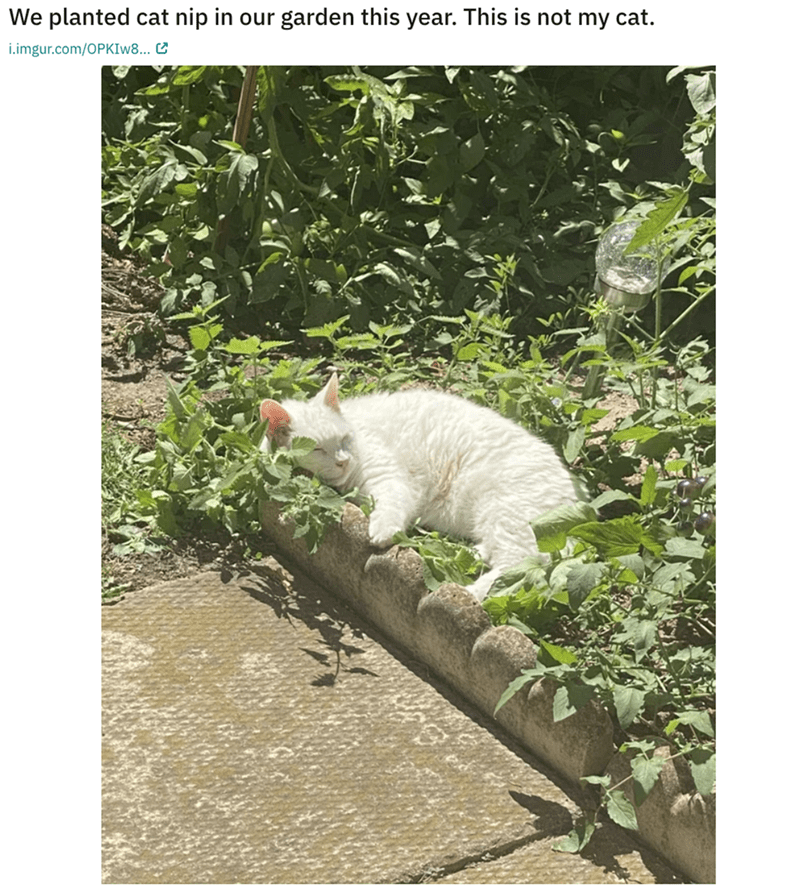 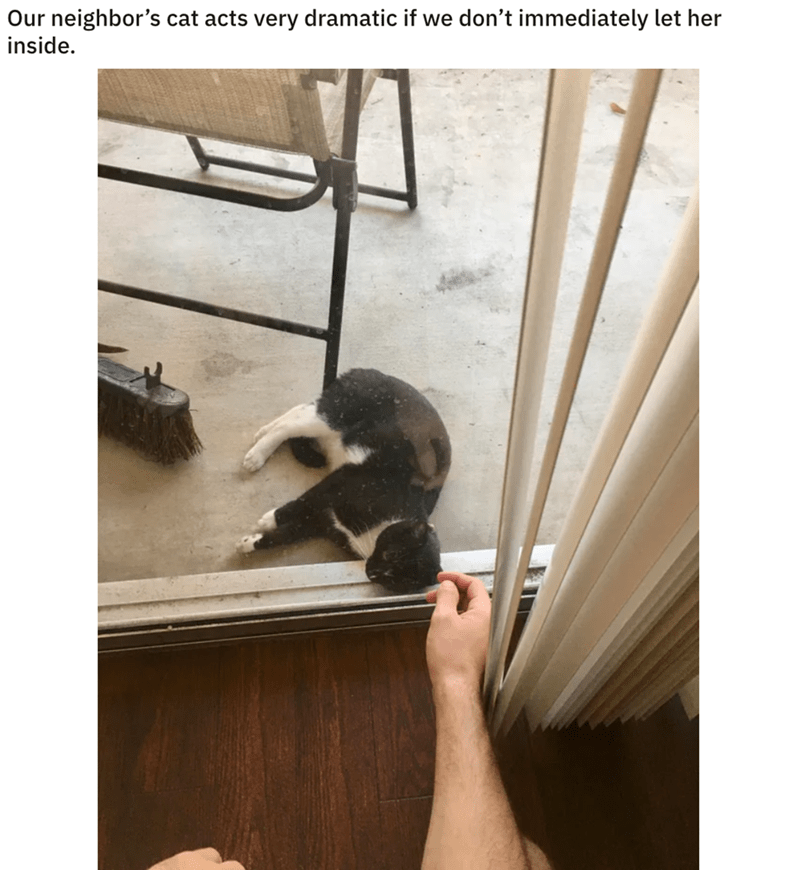 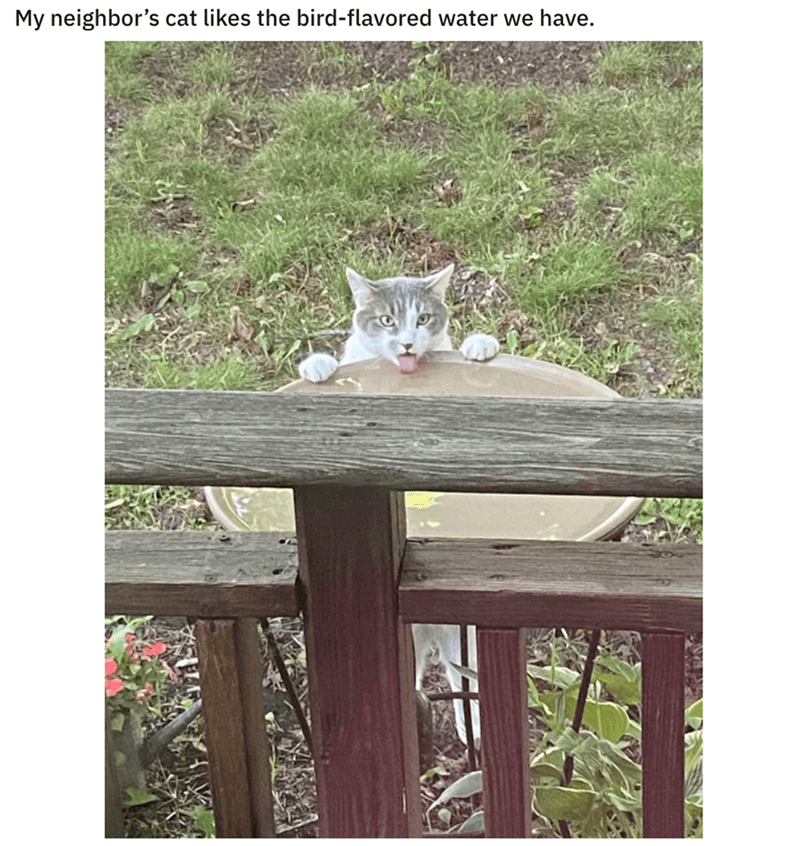 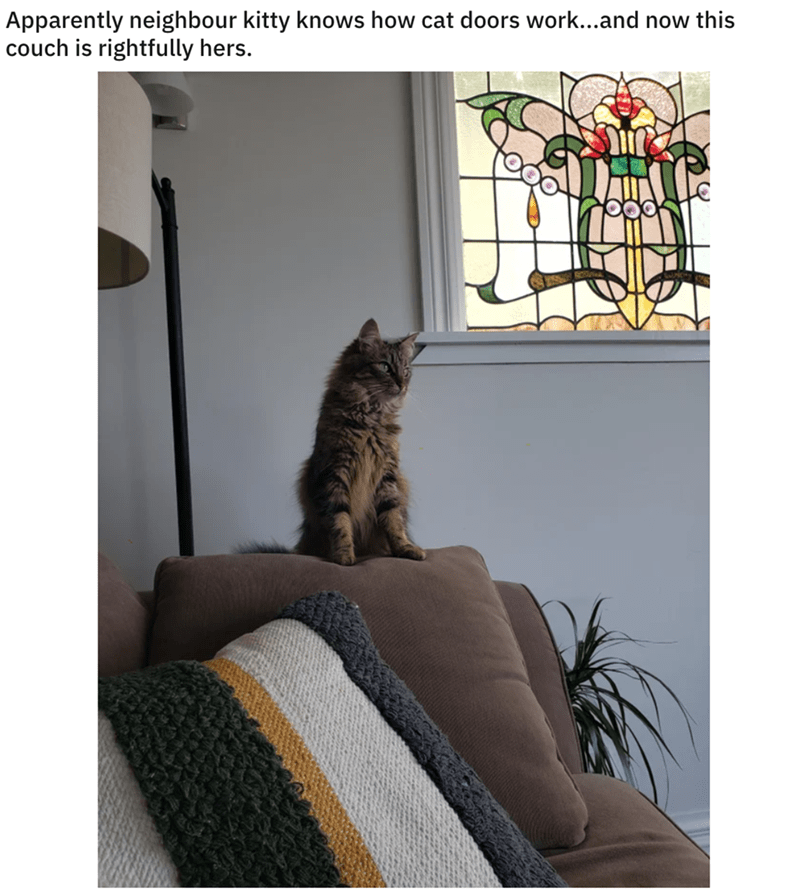 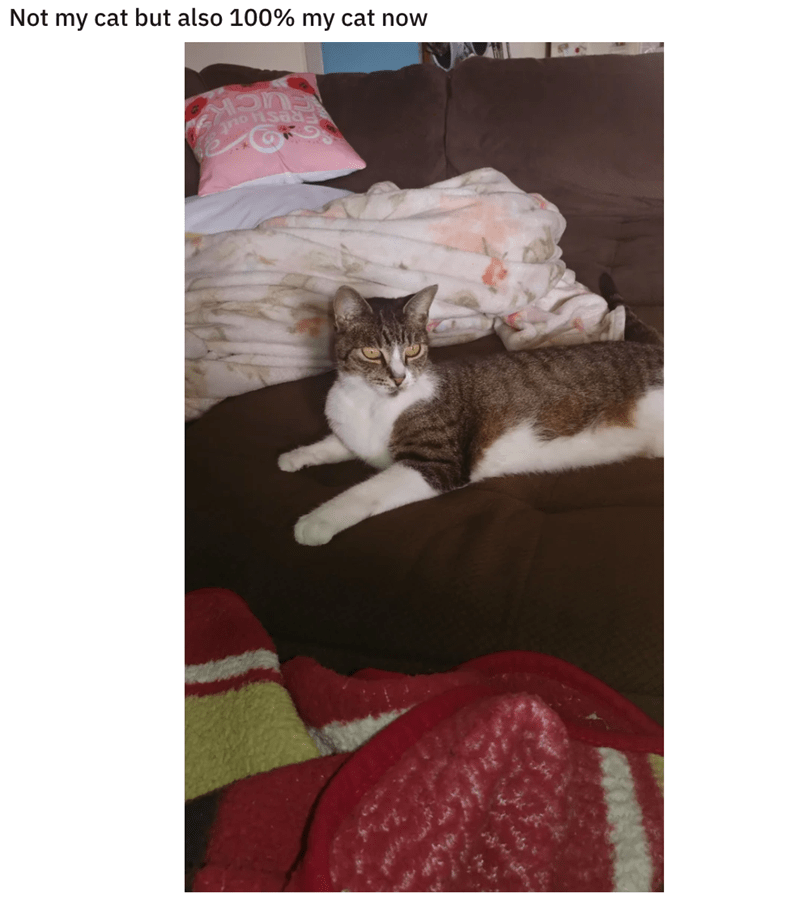 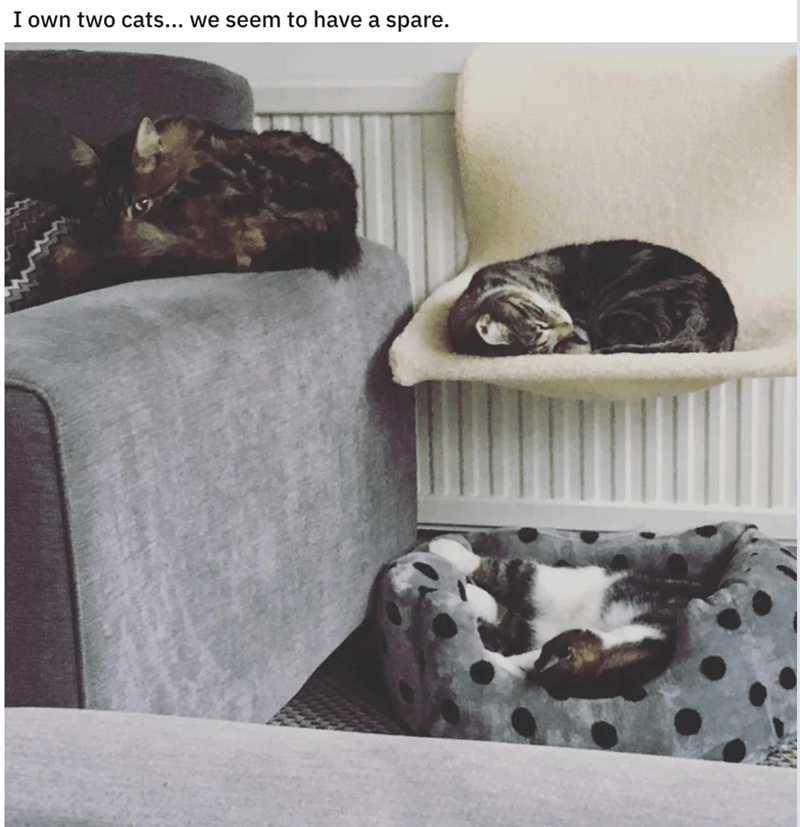 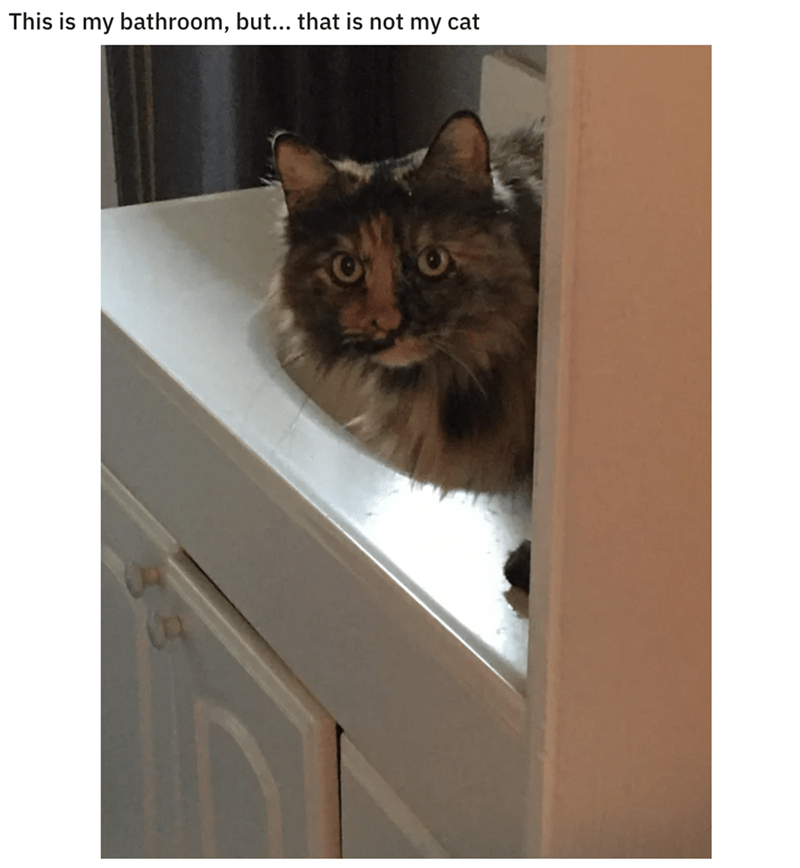 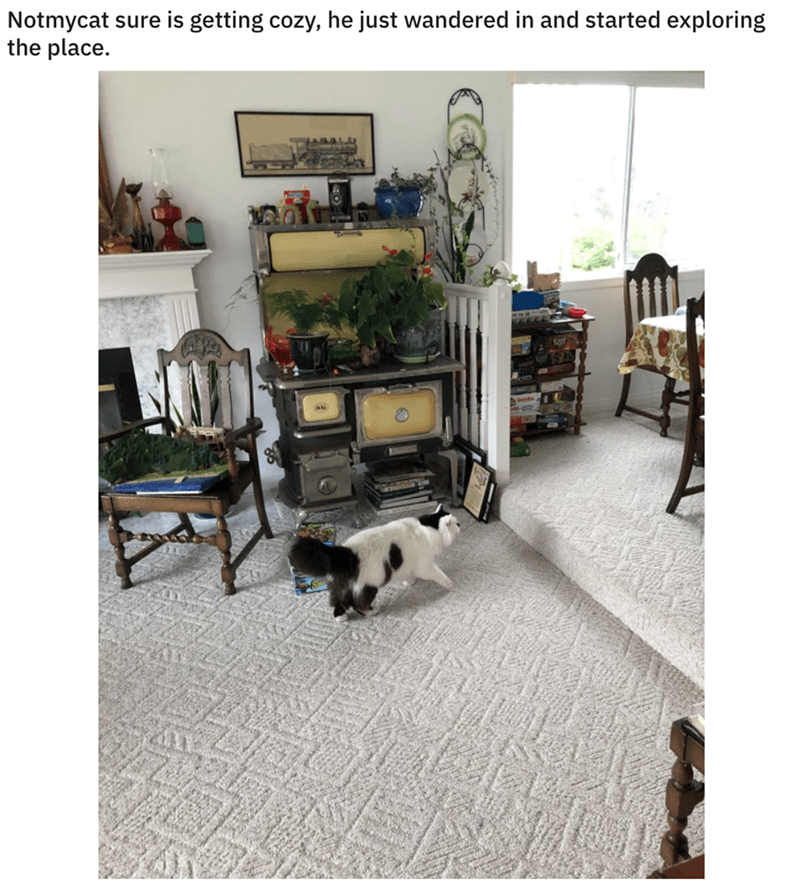 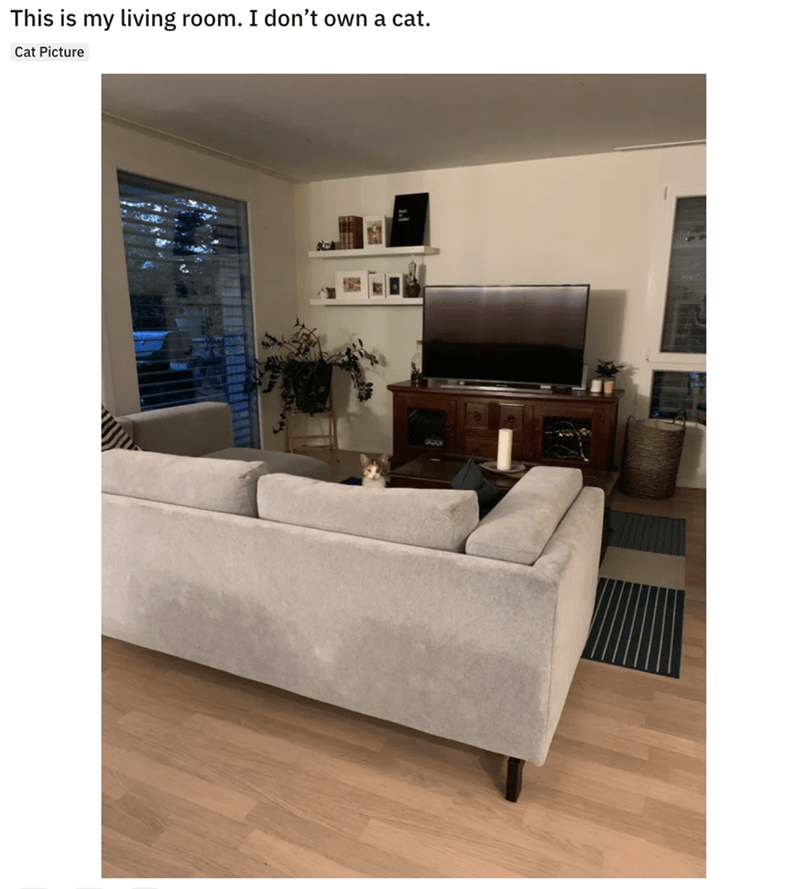 Have you ever had a “This is not my cat” moment? If so, let us know your story in the comments below!