Is this sentiment really that hard to understand? I would think that just being a decent human being and treating everyone with respect would ensure that you don’t make anyone around you uncomfortable. However, some people don’t get the memo and they insist on hitting on a person who is clearly not interested. And no matter what you say, being drunk is not an excuse to act inappropriately. Because if you know you can’t ‘control yourself’ when you get drunk, then don’t drink so much, it really is as simple as that.

Although, this particular guy just wouldn’t leave this girl alone who wanted nothing to do with him and it was pretty clear from her facial expression and her body language. And the Tik Tok star Brandon Robert noticed that as he had been standing close as this interaction was happening. So he intervened when he couldn’t take it any longer.

This is Brandom Robert and he couldn’t stand idly by when a stranger was being crept upon by a drunk guy. 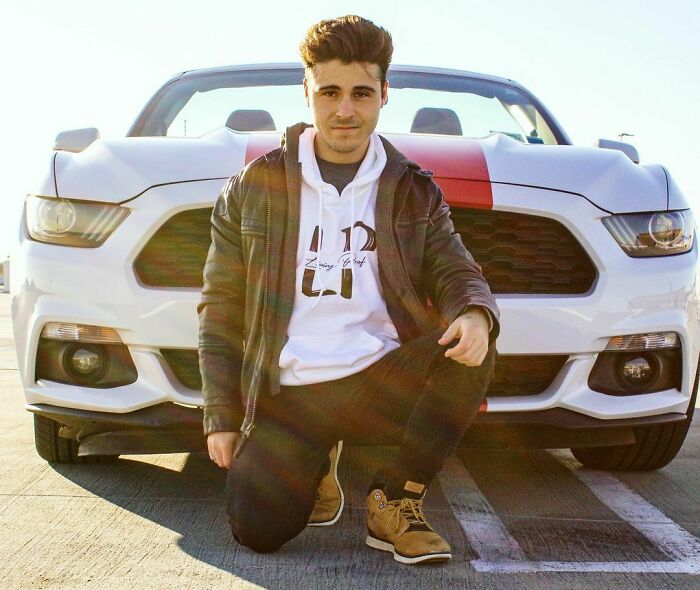 He even made a video.

Surprisingly enough, this sort of thing happens a lot. 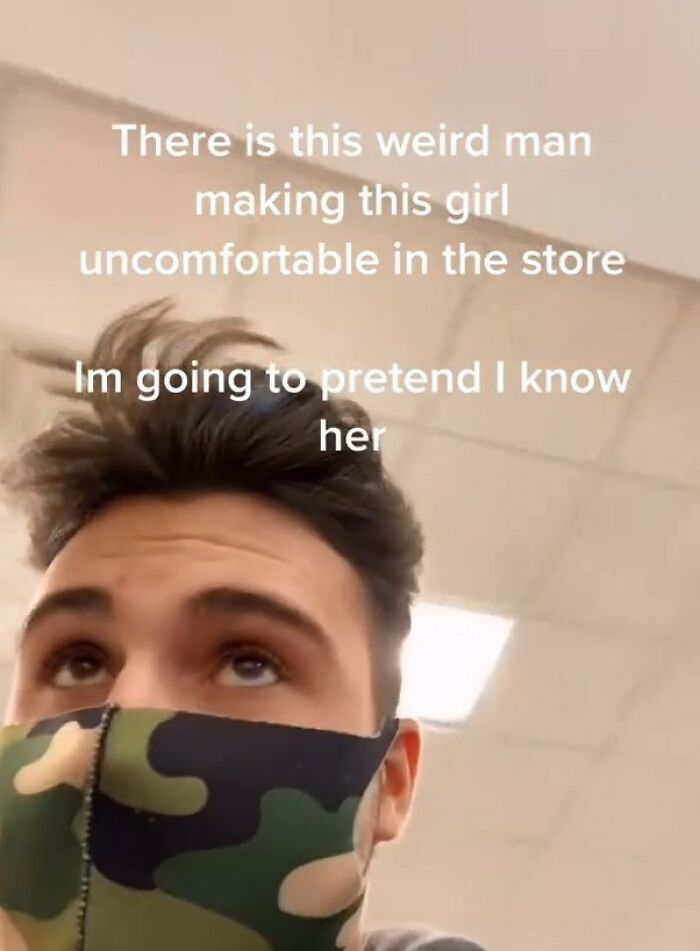 Apparently, a lot of strangers have to help women who get stuck in these sorts of situations. 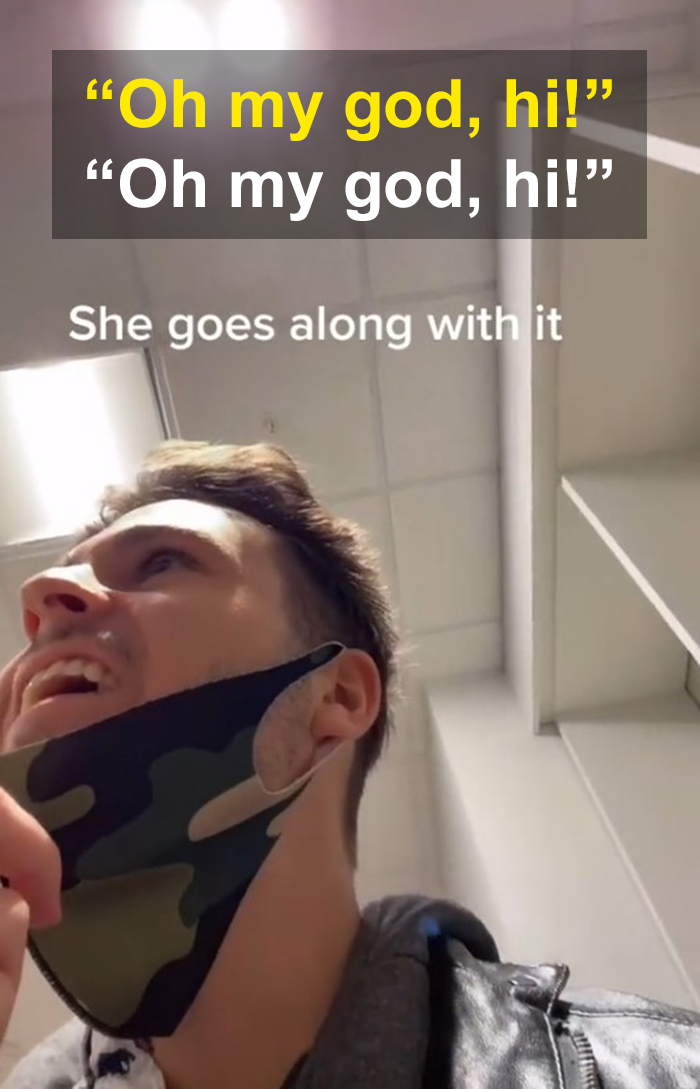 Thankfully, she got the gist as to what he was trying to do and went along with it. 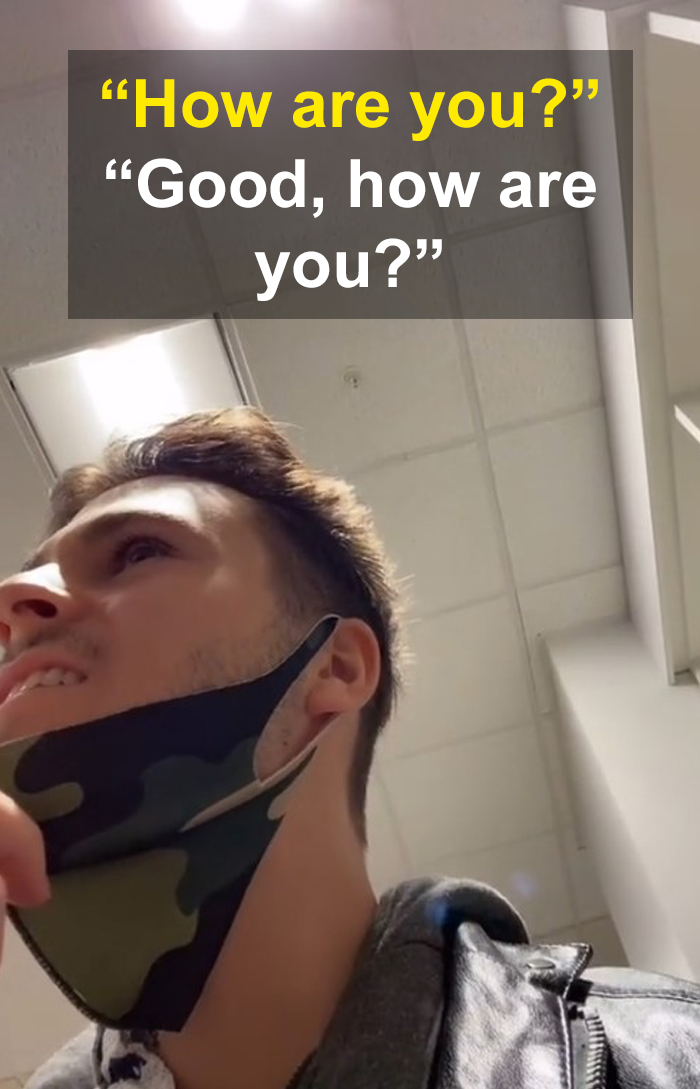 She clearly didn’t know him but she went along with his fabricated story. 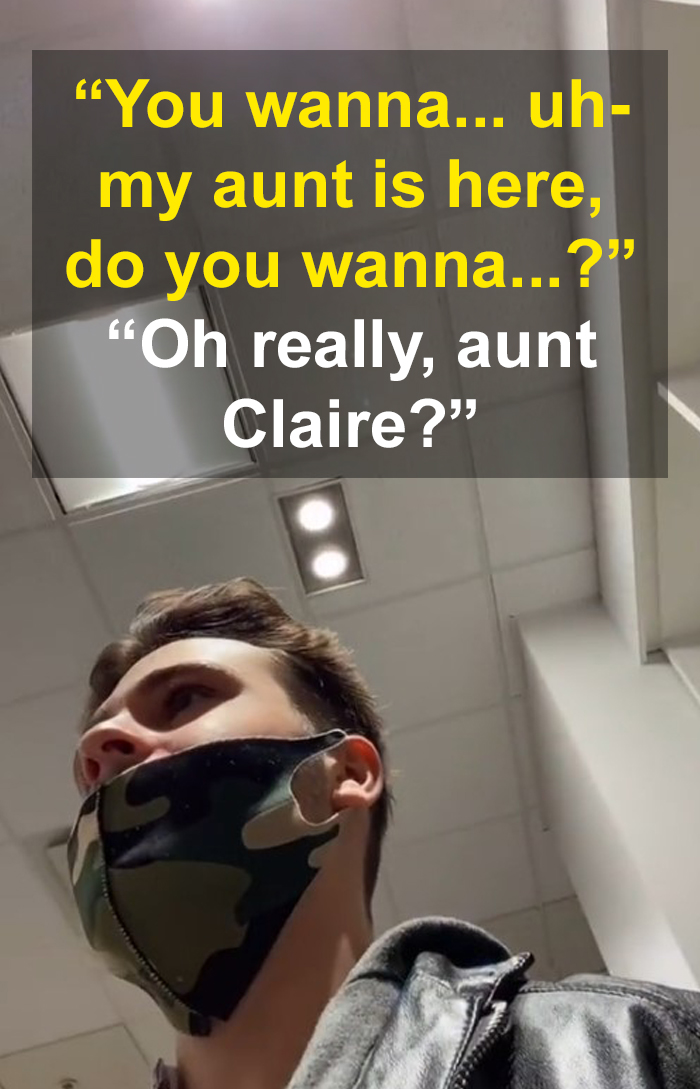 There is no excuse for what he did and was trying to do. 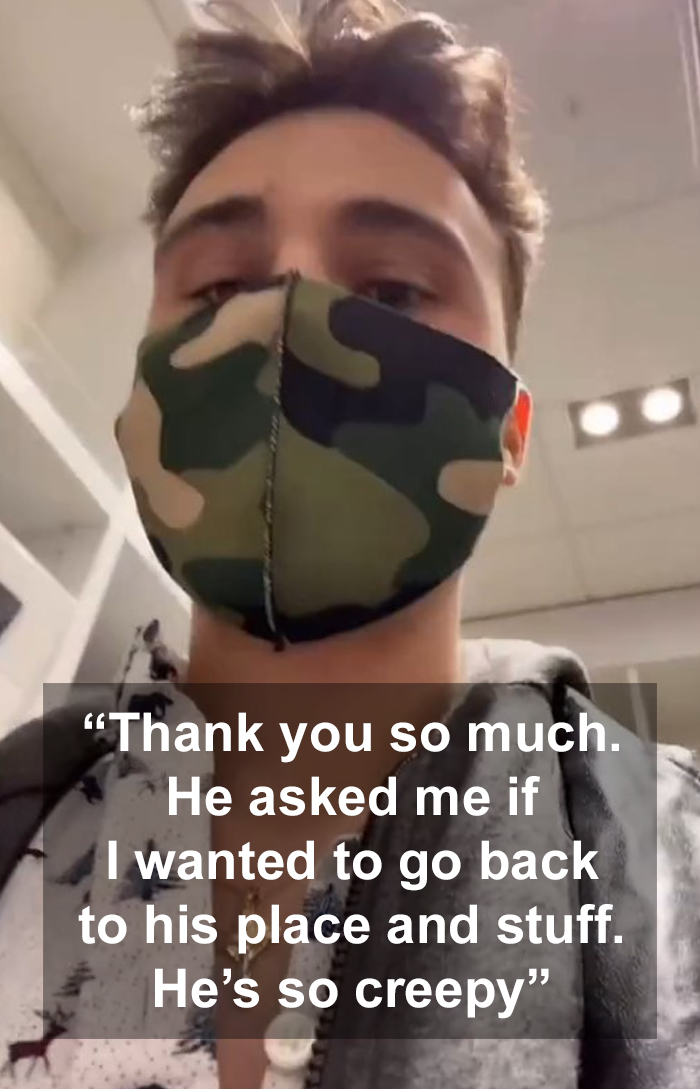 I wish there was no need for this, but we don’t live in a perfect world. 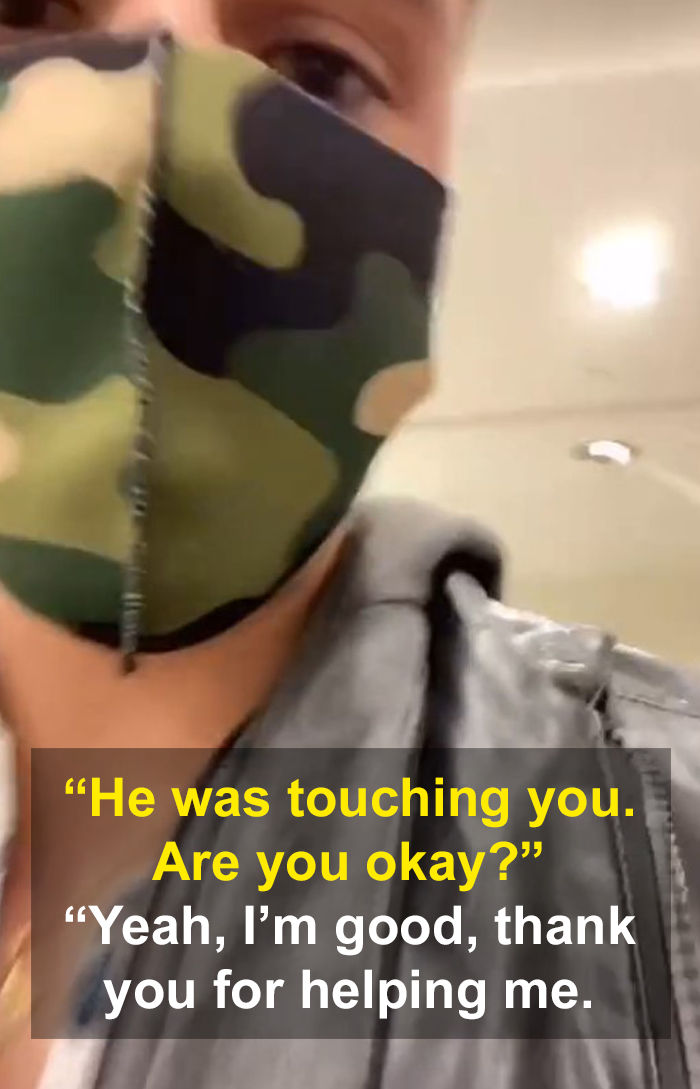 What drew my attention was other people watching this girl talking to this guy. My first impression of the girl was that she was very fearful. She was a smaller girl and the man that was harassing her was much bigger. She seemed very uncomfortable.

You could see the man was clearly under the influence and just by looking at the girl’s face you could tell she was terribly uncomfortable. After I pretended to know the girl I walked her out of the shop we were in and then walked her out to the car in case he decided to follow. – Tik Tok

It really is that simple as yet is so hard to achieve.

Many people would just stand idly by and look on while something abhorrent is happening right in front of them.

That is a very good point. It is better to make sure before you take a drastic step.

I mean we do read a lot of similar stories on the internet.

Exactly! Video evidence is very important most of the time.

We do need to spread more awareness about this as well. 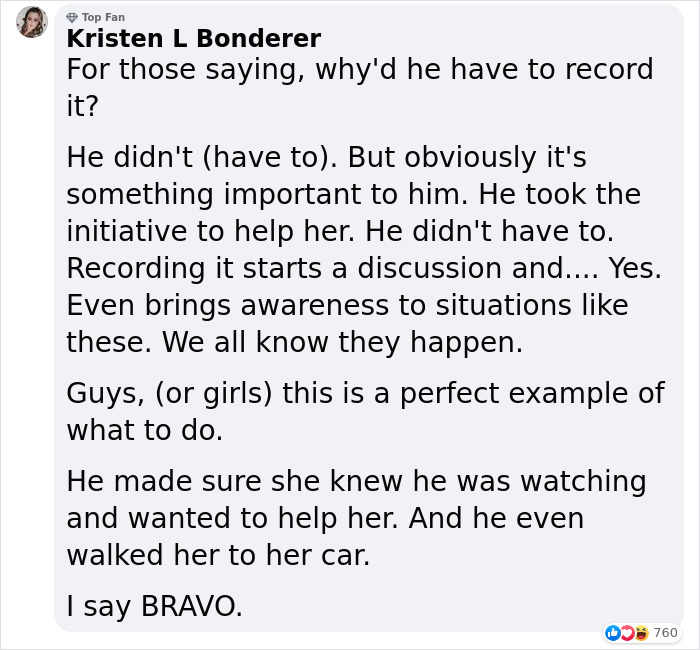 That is actually a very sweet thing to do, and I am glad you were safe. 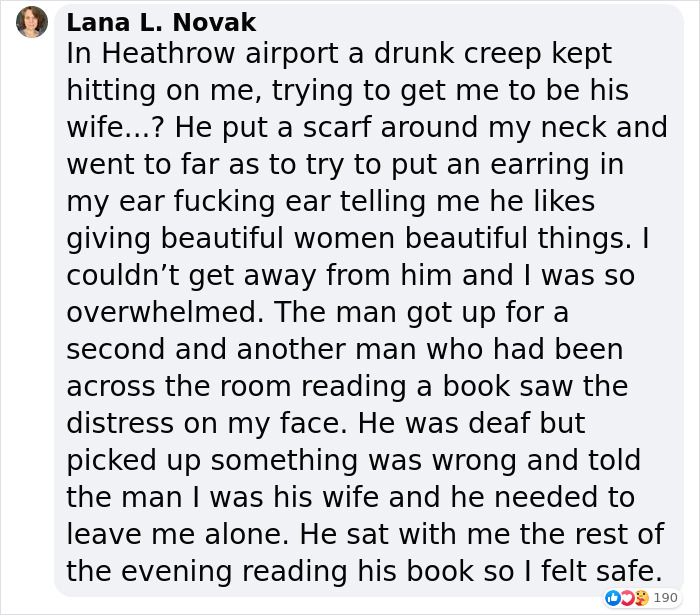 It is honestly quite sad that many of us can just know who the ‘safe one’ is. 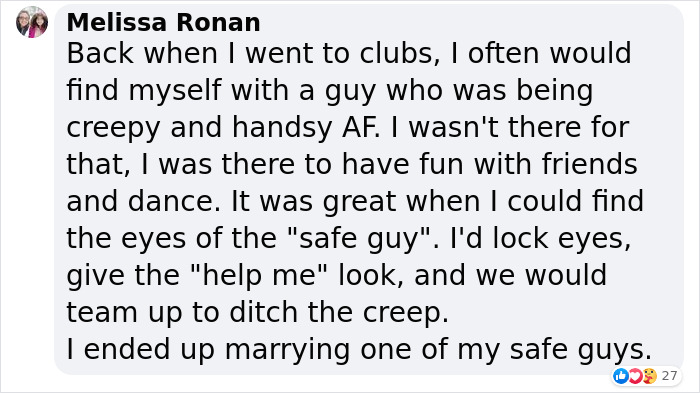 That is actually pretty smart and no one would question it. 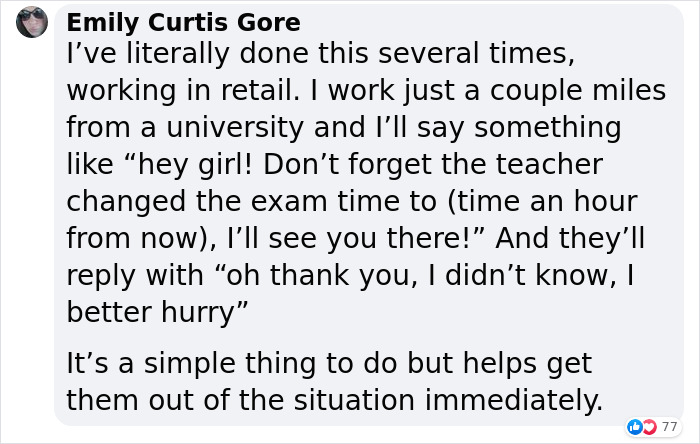 I aspire to have this much confidence one day. 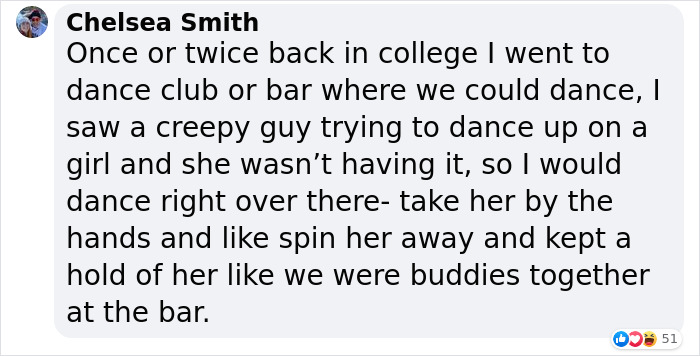 He saved her from something that I can’t even imagine. 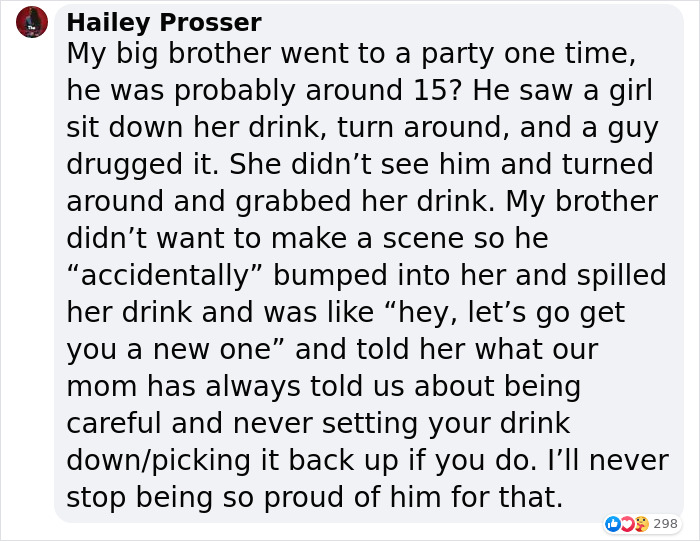 This is why we need to be aware of what is happening around us at all times.

This is why we say, ‘not all heroes wear capes.’ 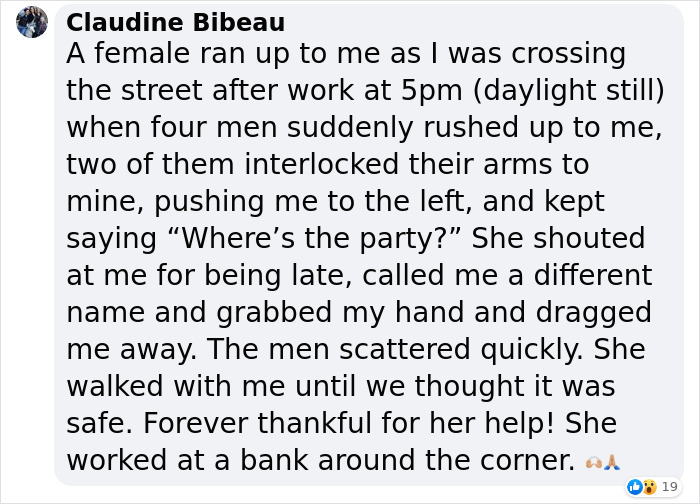 Have you ever been in a similar situation? If so, did someone try to help you, or were you on the other side? Let us know your experiences in the comments down below.