One of the most important events in the history of the world has been associated with harmful myths and made-up theories. The sinking of the Titanic has been one of the most popular events in history. Titanic was the biggest ship at the time it sank. On the eve on 14th April 1912, Titanic hit an iceberg and sank into the icy waters of the North Atlantic, killing 1,517 of the 2,223 passengers and crew members aboard. There have been a lot of conspiracy theories related to the sinking of the Titanic. These theories and explanations have been made up by the people in order to understand and make sense of this tragic incident. People over the previous century have told stories and have given explanations, told about the omens or misfortune that were overlooked, or spun conspiracy theories to clarify the “true” reason it sank.

One other made-up theory has been explained in this article. A cult that rose in England during 1888, known as the Order of Golden Temple and it was formed by Jessica Caledrice Booth. This cult or religious movement was banned from England because the cult killed and murdered so many victims and ate their spleens. They killed all these people during the eclipse. After being banned from England, the cult and Jessica Booth migrated to New York where the Titanic had to arrive after 24 years. The cult was preparing for the grand ritual that was to be performed on 17th of April 1912, the day of the eclipse and the day when titanic had to reach New York.

But it all didn’t happen according to Jessica’s plan. She had to cancel the ritual. Why? Well, you will have to scroll down and read the complete story to know what happened next!

1. The arrival of Titanic 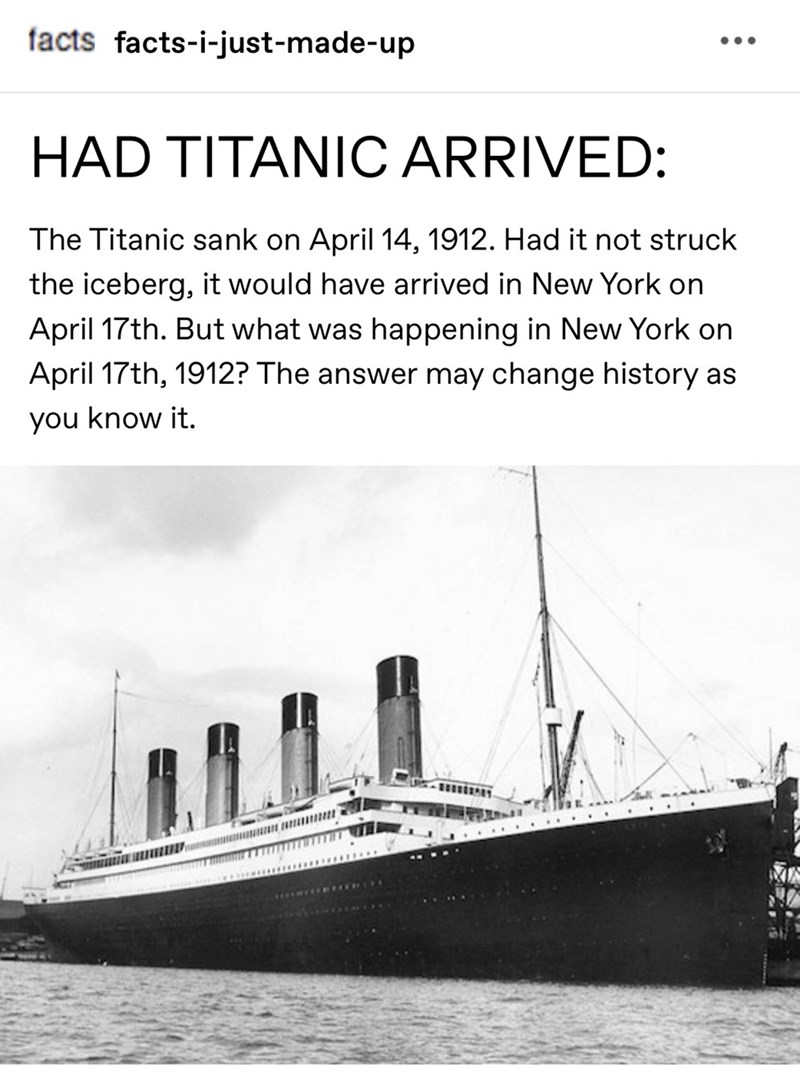 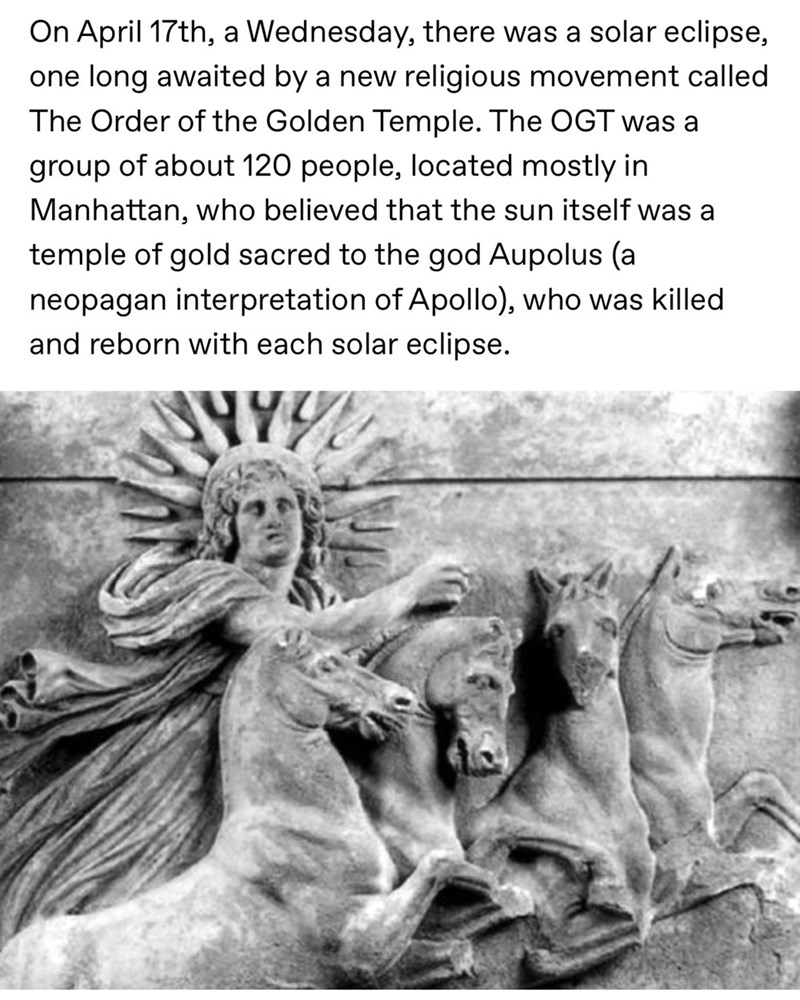 3. The emergence of “The Order of the Golden Temple” 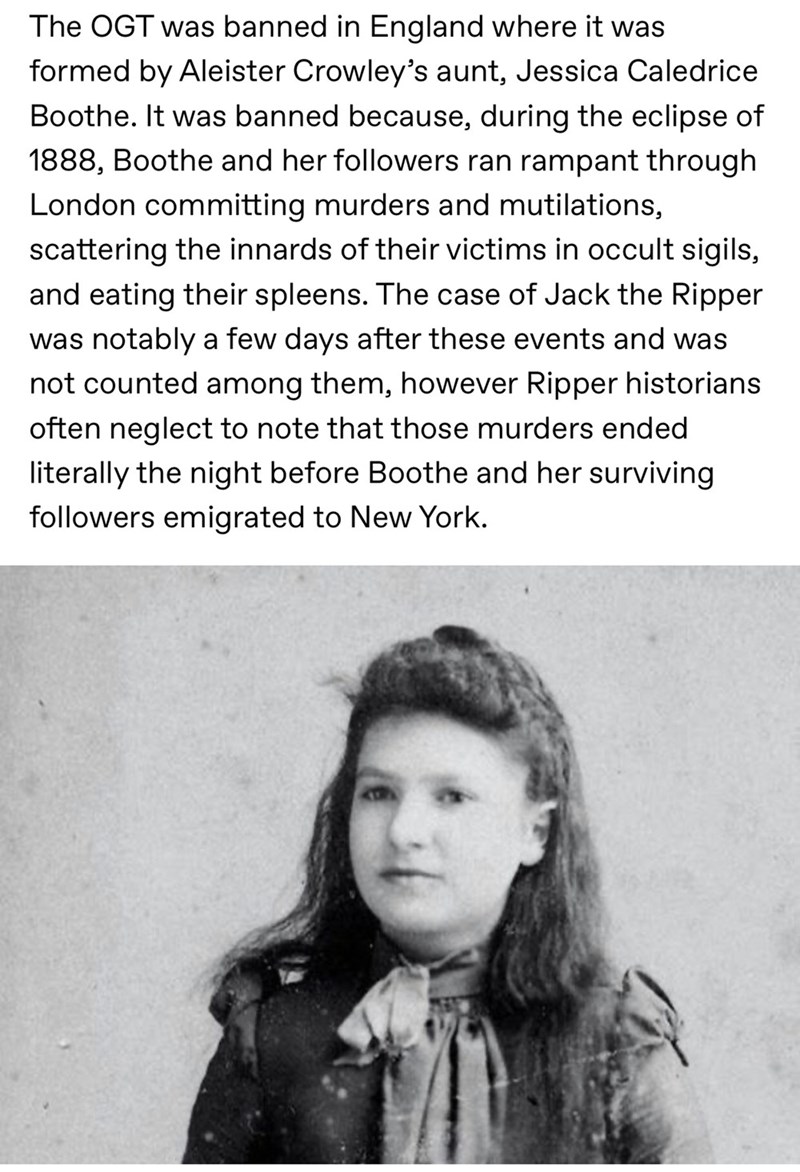 4. Sacrifices for the return of Sun God! 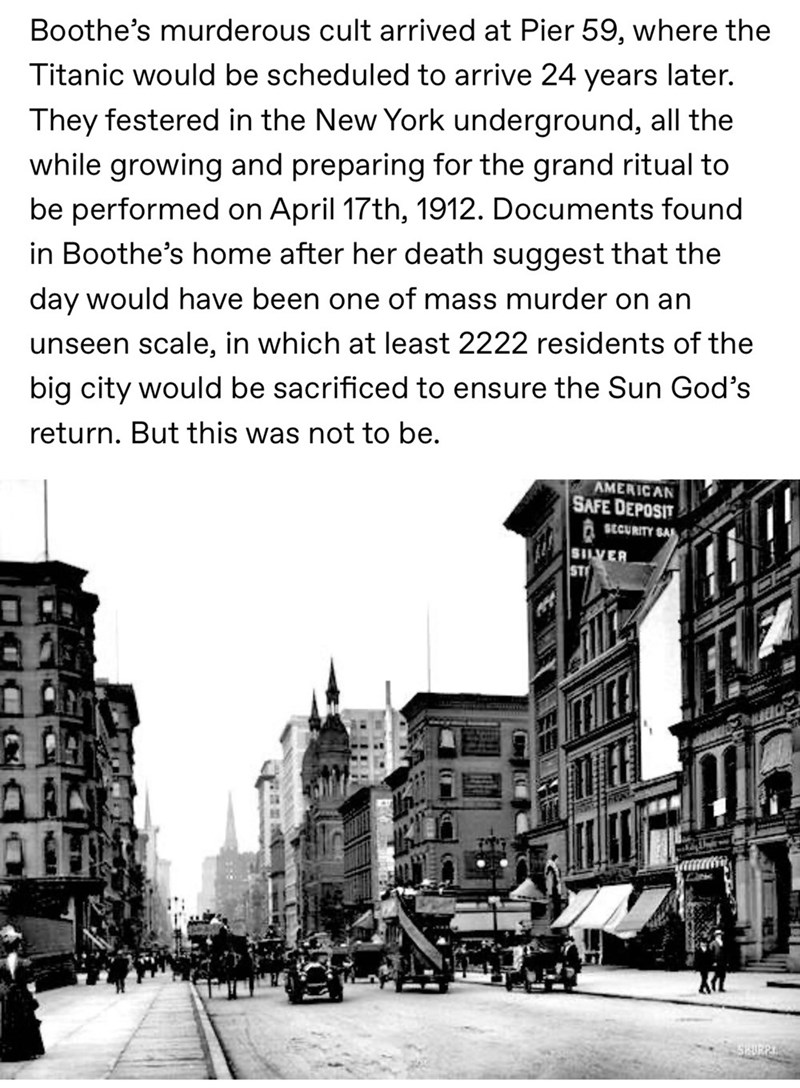 5. The sinking of the Titanic! 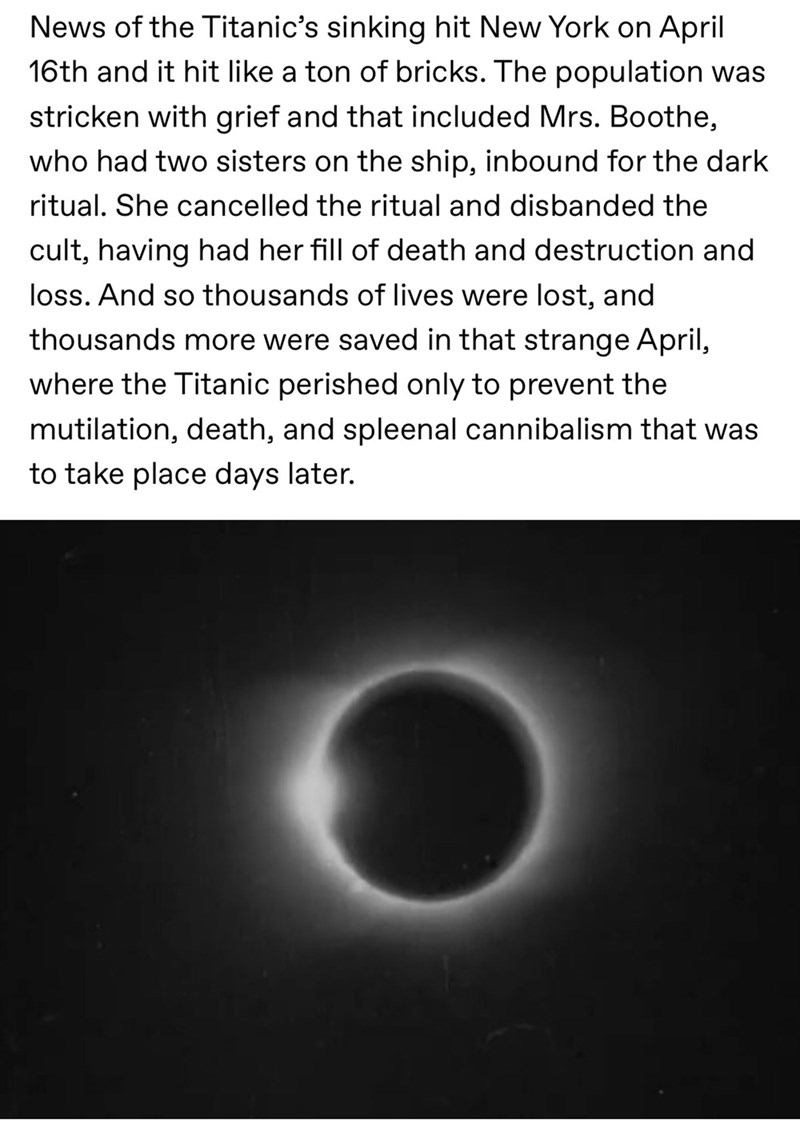 6. Revenge and return of the Sun God! 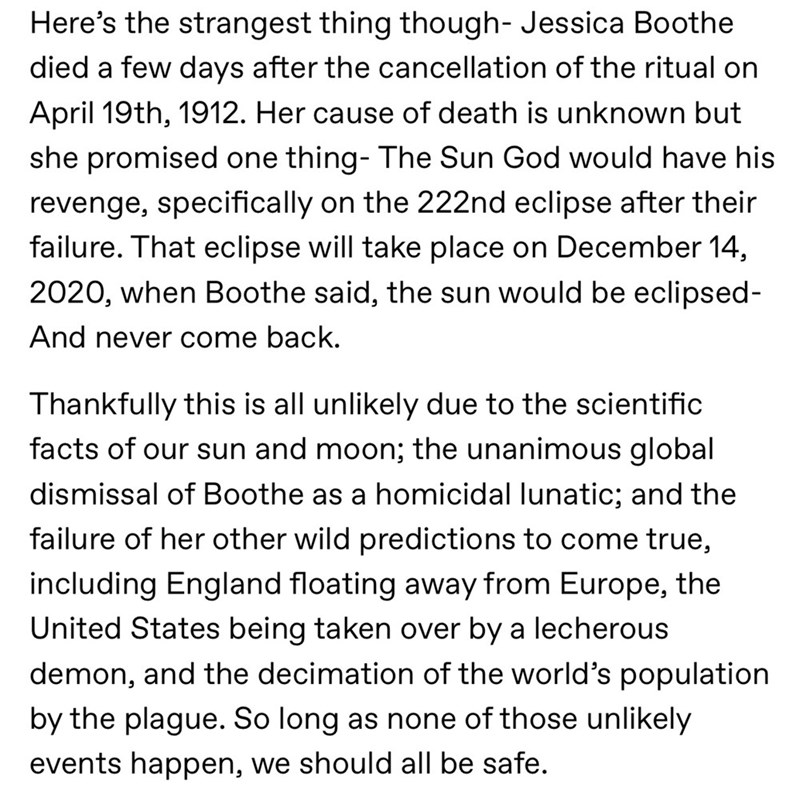 This was one intense and creepy conspiracy theory. The cult had been responsible for killing so many people in England and later they had planned to have mass murders in New York, but it didn’t happen. It was also very strange how Jessica had died, and how the Sun God is coming back for the revenge. 222nd solar eclipse is going to happen this year, what do you think about this whole theory? Do you think the cult is planning a ritual this year? Let us know about your opinions and thoughts in the comment section below!