Why is there so much stupidity in the world?

Didn’t we already have enough problems with covid-19 and the lockdown we are in? Not only can’t we socially interact with people which means we are at the height of mental illnesses but our economy is also collapsing around us. And between all of this mess, there are still some people who manage to stand out for being extremely dumb.

Apparently many people have taken to rioting because they don’t want to wear masks because that infringes on their right to be free or some other inherently stupid excuse. I am sorry if I am coming across as incredibly rude but this is ruining people’s lives and is certainly quite dangerous.

And not only that but many people have taken to the Internet to spread false information about the virus and the masks. You can take a look at one example below.

Where is this information coming from exactly? Was there a scientific study that the world is not aware of? 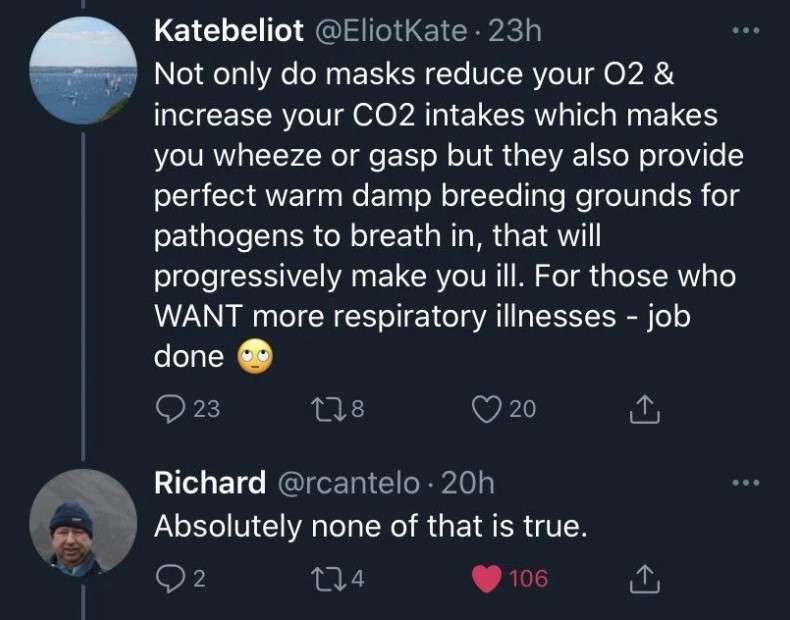 Thankfully, there was someone ready to take him down for his statement about masks. 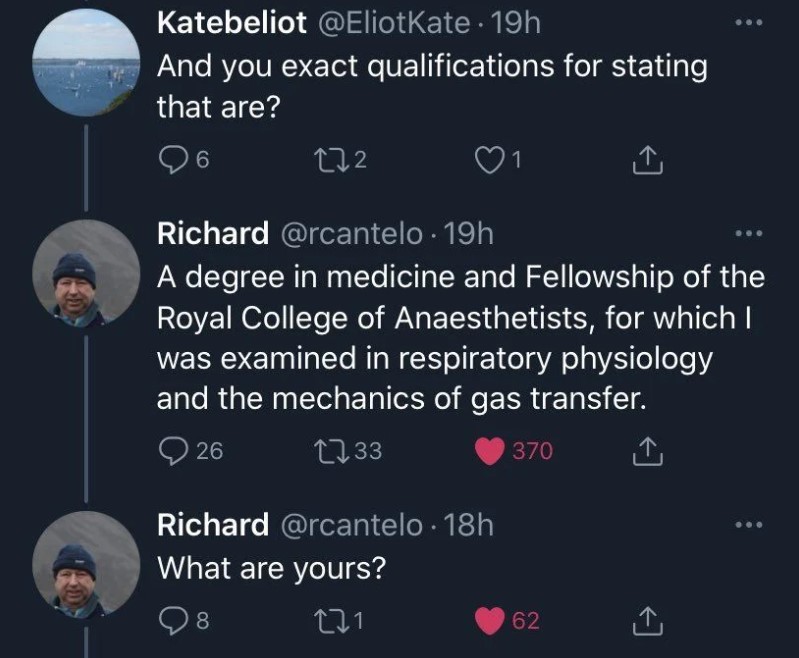 And he wasn’t actually lying about his qualifications either. I wonder what experience Eliot has in this field.

As you can probably imagine, Twitter users were ready to shower their wrath on the guy.

I don’t want to jinx it but what else could go wrong at this point?

Some adults just choose to believe in this even though a minute of research would set them on the right path.

But it did not just end there as Eliot just had to try to get the last word.

As you can see with the burn above, it did not end well for him. If he had only kept his intelligent studies to himself, this might not have happened. And even though he has since deleted this tweet, people are not willing to let it go. After all, we all know that once something is on the Internet, it can never just fade away.

And Eliot is apparently blocking people left and right now.

I wonder what other ‘hot takes’ he is trying to hide from the people. We would all like to hope that this changed some people’s minds but we all know that is not how the world works.