There’s a stereotype that vegans tend to be rather annoying with their dietary decisions, going out of their way to announce how vegan they are, and how much better a person they are for it. No one really cares what you consume or what you don’t consume, it only starts to get into the realm of questionable annoyance when you start berating others for what they eat or claiming moral superiority for what you eat.

That’s probably why vegans get such a bad rep. It’s not easy to do, so they’ve got bragging rights to talk about something they’ve done that’s hard. But there’s this tendency among vegans to demonize their meat-eating counterparts, and instead of positively reinforcing them into their lifestyle, they tend to berate and humiliate someone who doesn’t follow suit. As you can imagine. people aren’t fans.

#1 It started with this 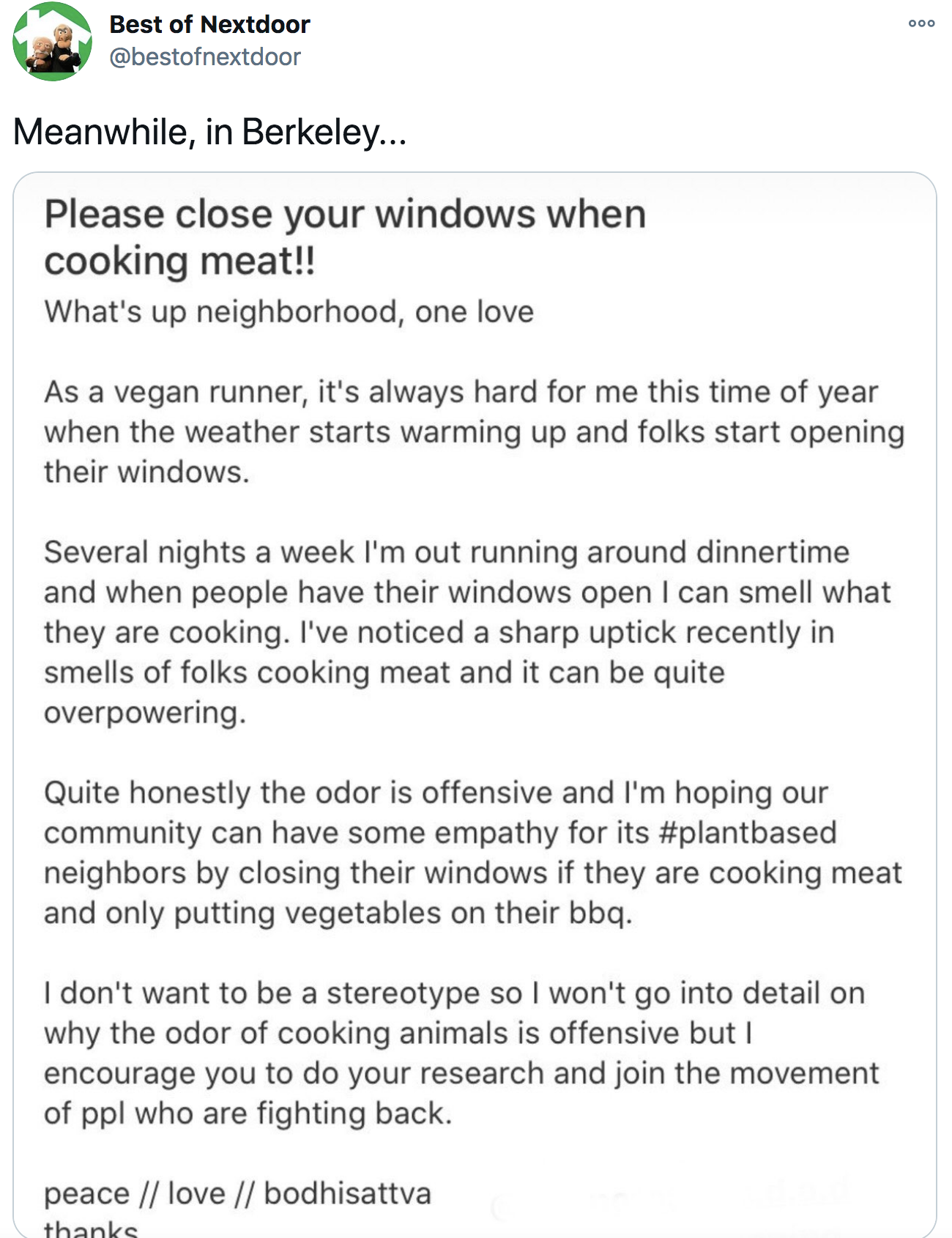 The Conversation did a piece on why vegans were so disliked:

One reason vegetarians and vegans are the target of this negativity may be thanks to their sometimes overtly moral behaviour, in the same way that a “goody two shoes” might annoy us. In one US study nearly half of all participants already felt negatively towards vegetarians. They became even more resentful when they felt that vegetarians considered themselves to be morally superior to omnivores. These findings are echoed by the results of my interviews with omnivores in Australia, which have shown that plant-based eaters are deemed, by some, to be “snobbish” and “elitist”.

#2 Then the pile-on started 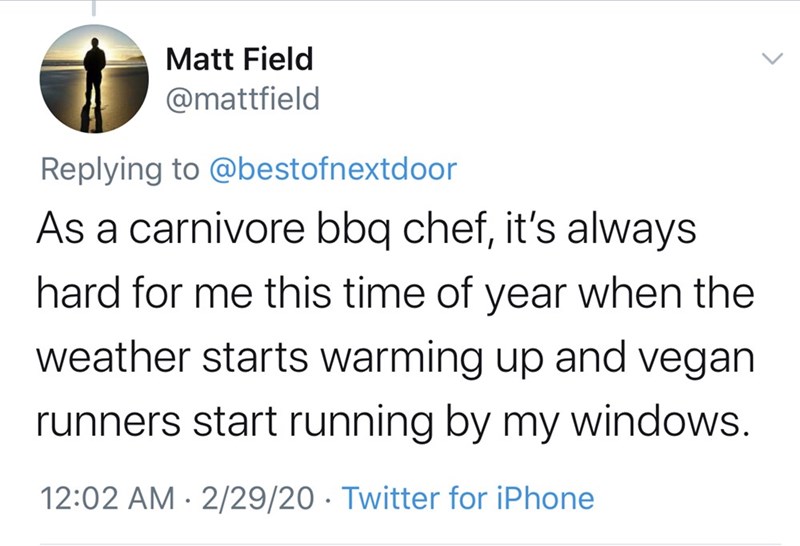 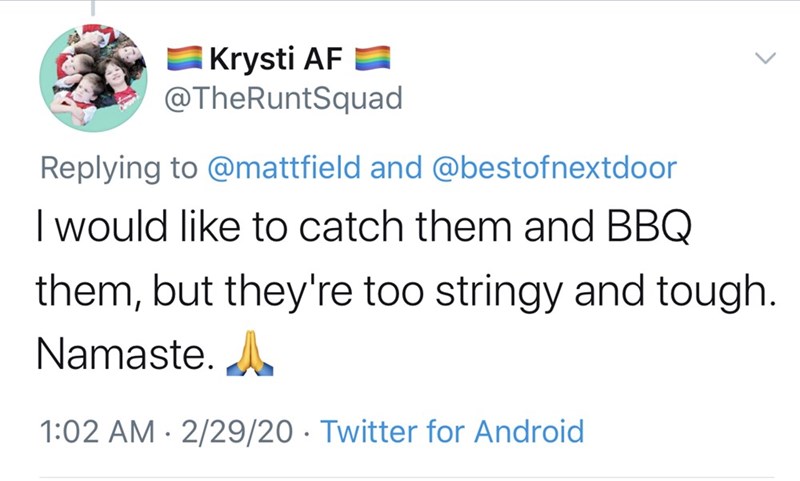 #4 Despite the vegan’s prostesting, there was a lot of roasting 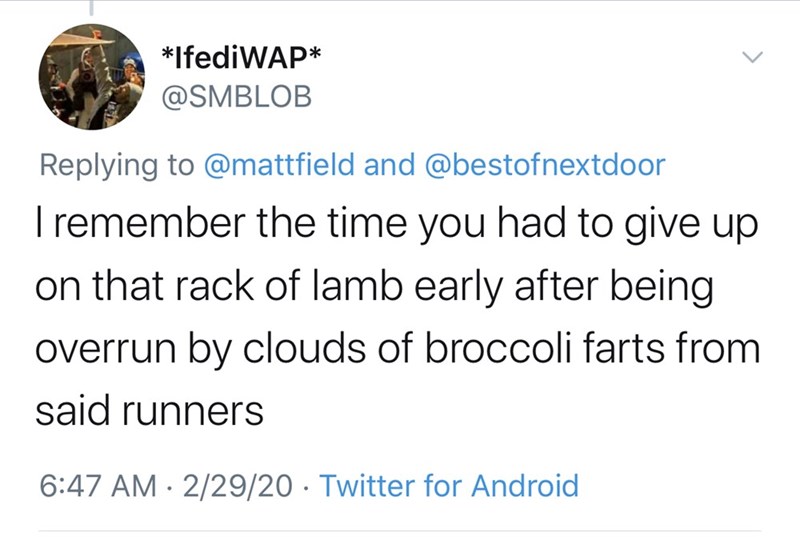 The perception of a moral reproach can also trigger resentment in others. For example, an ad from PETA suggested that “feeding kids meat is child abuse”. While such advertisements may attract attention, the use of strong guilt in messaging like this may also backfire. This might explain the attitudes of the residents in a town called Aargau, in Switzerland, who in 2017 called for the denial of citizenship to a foreign vegan resident. She was deemed “annoying” and critical of local Swiss customs, which include hunting, piglet racing, and cows wearing cowbells.

#5 The roasting was mostly towards the vegan 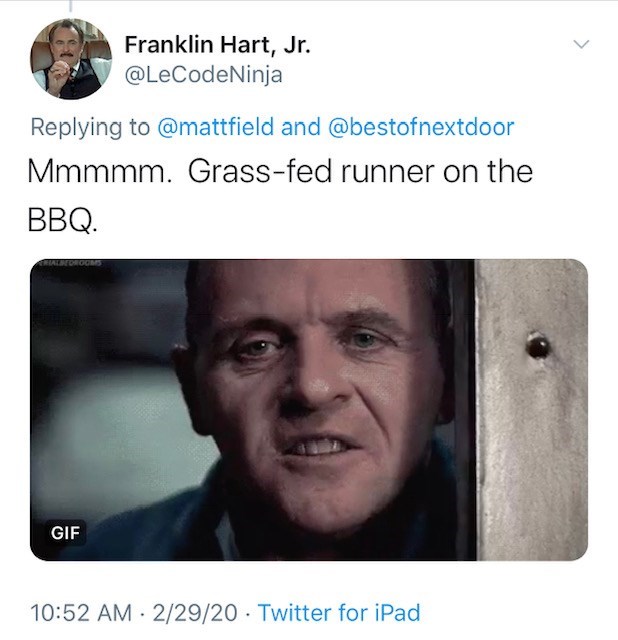 #6 So I guess that’s a small victory 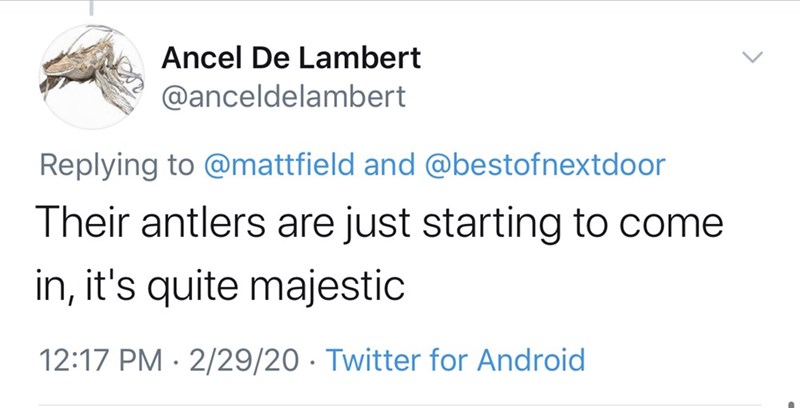 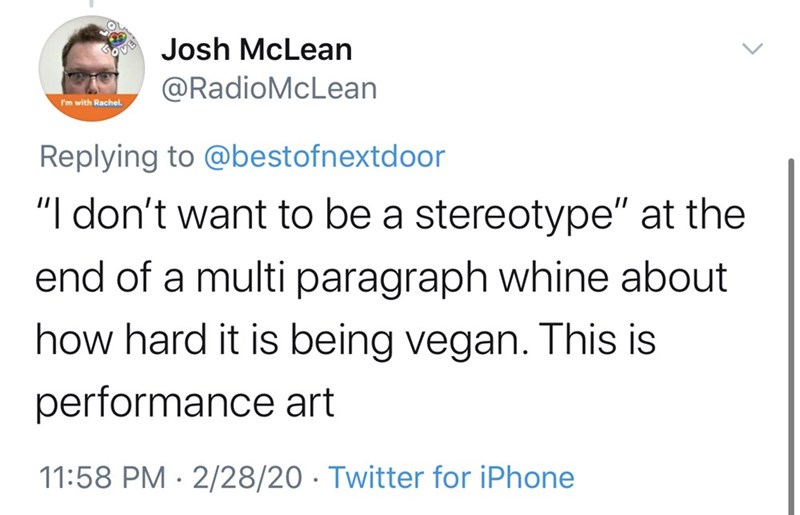 Another source of annoyance may be the so-called “militant vegan” who tends to use tactics of admonishment and intimidation, such as the vegan activists who splashed fake blood on French butchers’ displays. Another recent example are the negative comments made by some plant-based food supporters after the death of omnivore chef Anthony Bourdain. There were subsequently criticised by vegan activist Gary Francione for their moral insensitivity and intolerance.

#8 People told their own stories 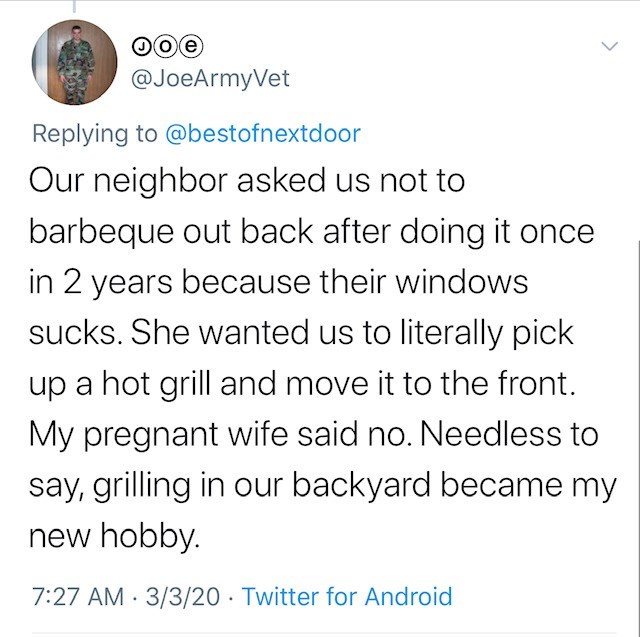 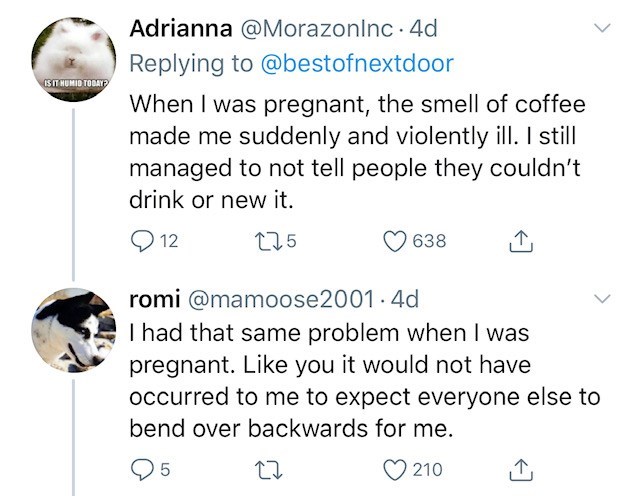 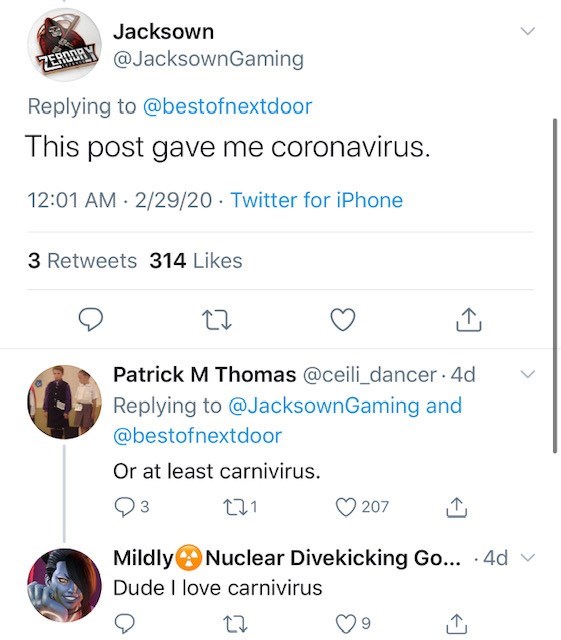 #11 If, somehow, you were on the side of the runner still 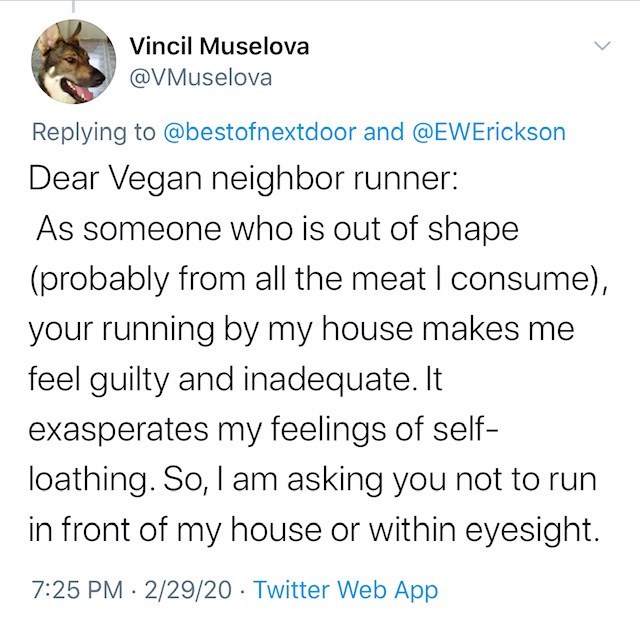 A key reason people adopt a plant-based diet is concerns about animal cruelty and suffering. Several activist organisations, in a bid to encourage people to reduce meat consumption, highlight the mistreatment and slaughter of animals by showing graphic and often shocking images which can trigger strong emotions. This tactic, while effective in attracting attention, can also backfire. For one, exposure to animal cruelty can be overwhelming to the point where the audience may block out the information. It can make people avoid taking further action. 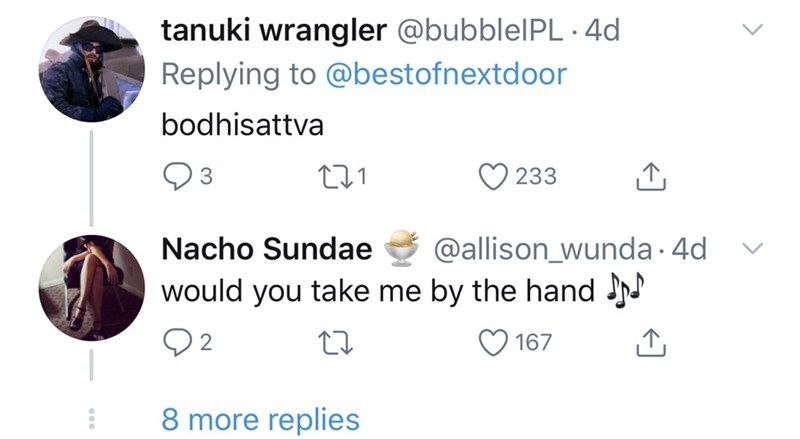 What do you think? Did Twitterverse go too hard on the vegan or not hard enough? Tell us in the comments!