This new breed of cat is a work of art.

Once upon a time (yes I am bringing it back), somewhere within the duration of the year 2010, a woman delivered a rather unusual litter of tiny little kittens to a veterinary Dr. Johnny Gobble, residing in Tennessee. Given how surprising the delivery Dr. Johnny decided to run DNA, heart-related, skin-related, and some other medical tests to ensure what the health condition of the kittens is and if they require any assistance. And also ran those tests to figure out what breed is it, a Sphynx, a Rex, or something new altogether?

Once the results were ready, Dr. Johnny along with his wife Brittney, and associate Patti Thomas all looked at the results together and to their surprise, the kittens possessed a very unique set of genes that they had not seen in any cat breed before. So right there, before their eyes, a new cat breed was “born”. Genetic mutation really can do wonders at times.

The newly introduced cats, to the world, were named “Lyoki” which means “wolves” in Greek. 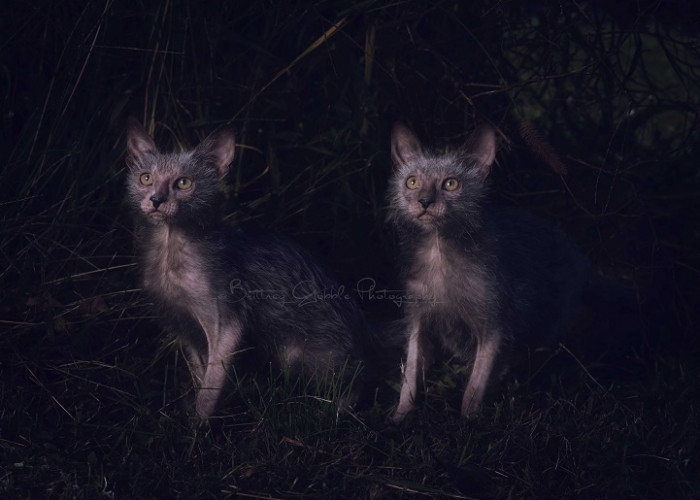 The name, Lyoki actually fits very well as to how the cats look. The houndish fur along with those yellow eyes does remind you of how werewolves look like. Kinda the same.

Given the uncanny appearance and a resemblance to werewolves, Lyoki cats are nicknamed “Werevolve cats”. 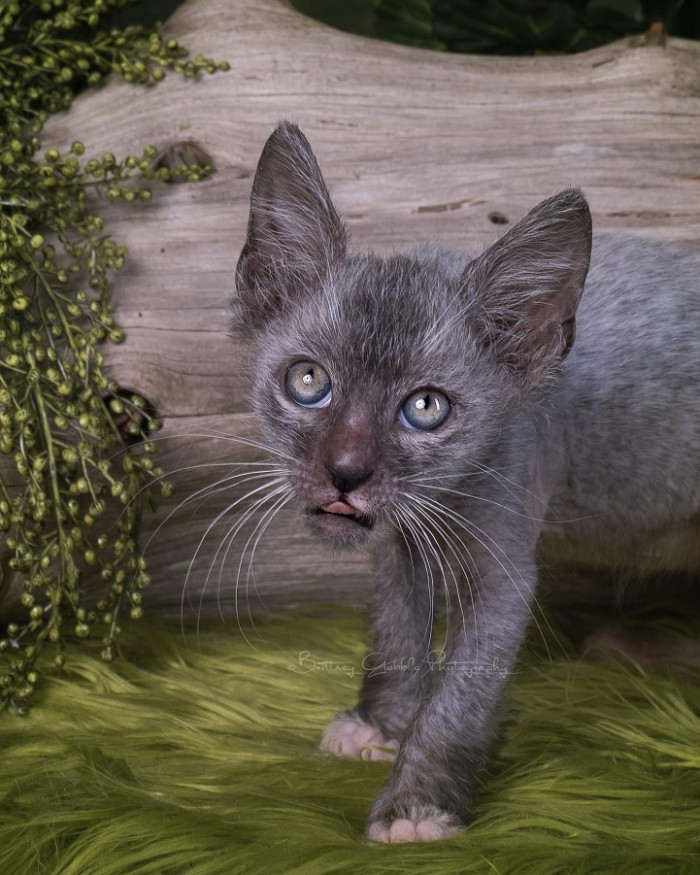 University of California, Davis took it upon themselves to verify the Lyoki cats were a newly born breed, never seen before, or was it just a testing error.

And UC Davis did confirm that the Lyoki cats, indeed, had no evidence of Sphynx or Devon Rex genes in their DNA. 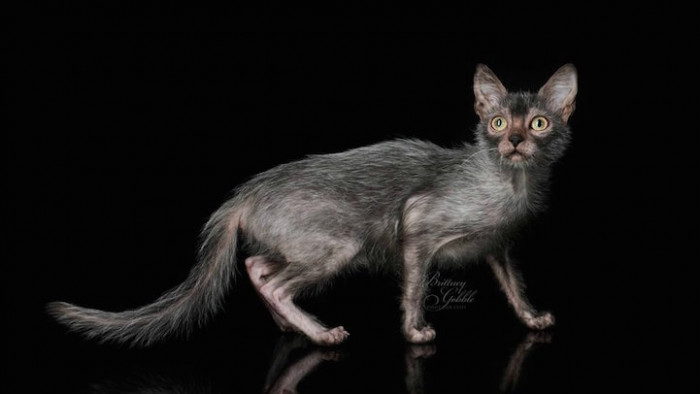 Some Lyoki cats are completely covered with hair and the coat gives them a quite majestical look while the others tend to lose hair which they recover so the process of hair loss and recovery keeps repeating in a cycle.

Full hair or patchy hair, they look so gorgeous and alpha. 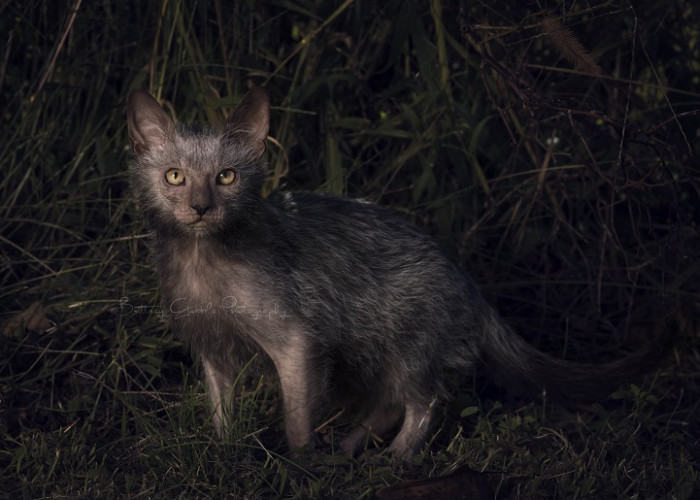 After over a decade of its discovery by a lucky Dr. Johnny, the Lyoki cat’s standards have been established.

“Standards call for a solid black roan coat, a wedge-shaped head, and a lithe body of solid weight without excessive bulk.” 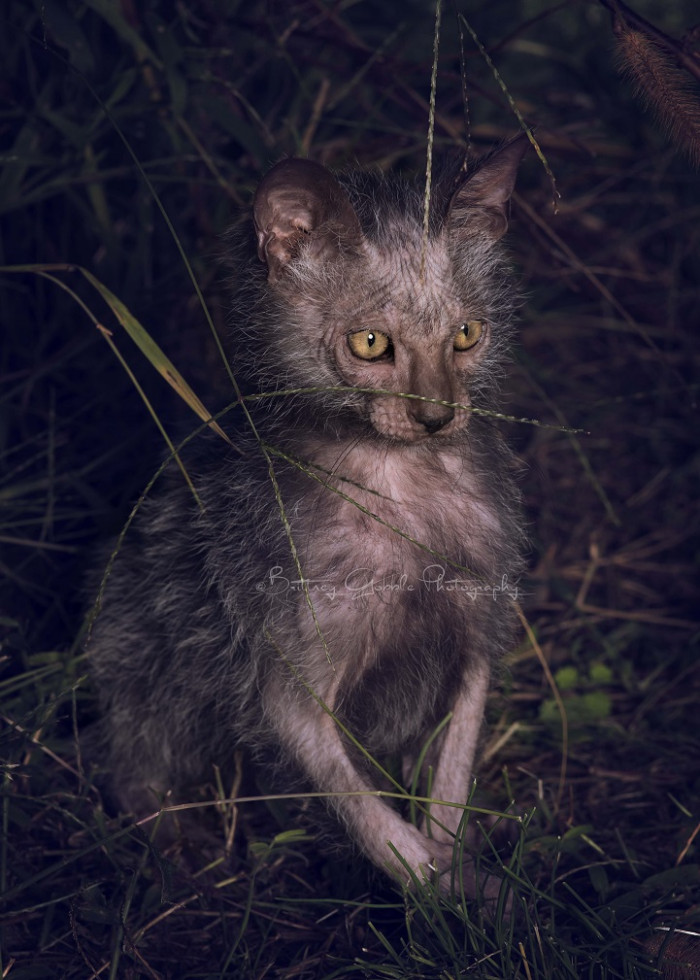 Given their werewolvy appearance, Lyoki are actually very calm and collected. According to some owners, they are very affectionate and show a lot of loyalty to their owners, and hardly pose any challenge.

Given how challenging a cat can be, you could classify Lyoki as angels. 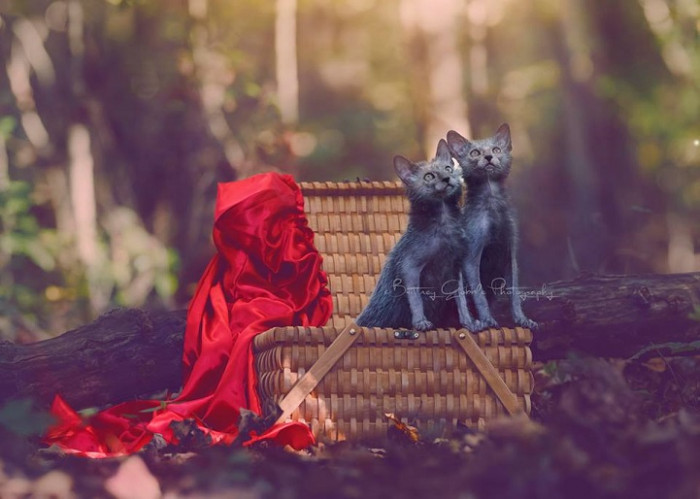 As the awareness of Lyoki around the world has increased over time, there has been a lot of intentional outbreeding going on to ensure inbreeding remains to its minimum in the future.

These cuties deserve to live forever. 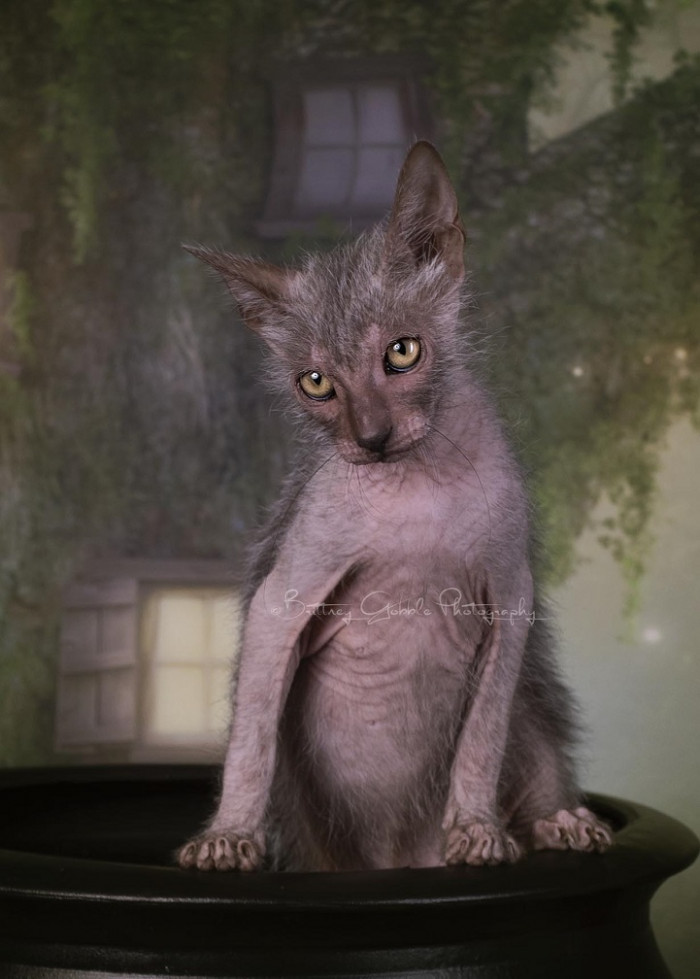 Here is some information about Lyoki cats given on Wikipedia:

“At the University of Tennessee, dermatologists examined them for any skin abnormalities. Along with biopsy samples of the skin, the dermatologists could find no reason for the coat pattern. What they did find is that some hair follicles lacked all the necessary components required to create hair (which is why Lykoi lack an undercoat).

They also found that the follicles that were able to produce hair lacked the proper balance of these components to maintain the hair (which is why Lykoi do molt and can become almost completely bald from time to time). It was determined, with test breeding, to be true natural mutation.”

Dr. Johnny’s wife, Brittney, is actually a very talented photographer and that skill along with the beauty of the Lyoki generated some very majestical images. 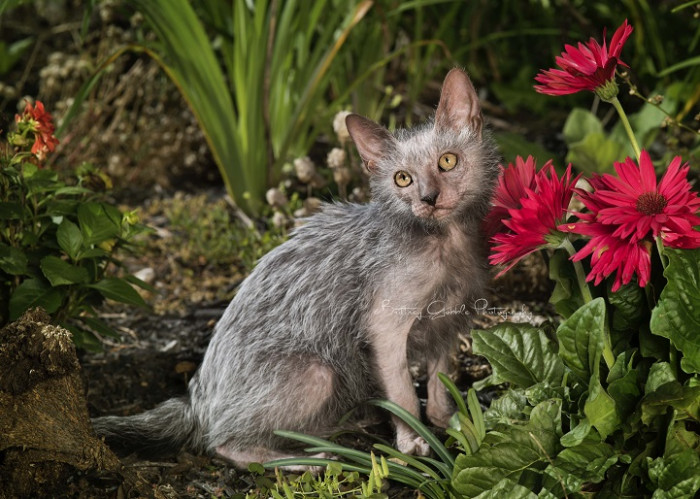 I would love to live with such a cutie! 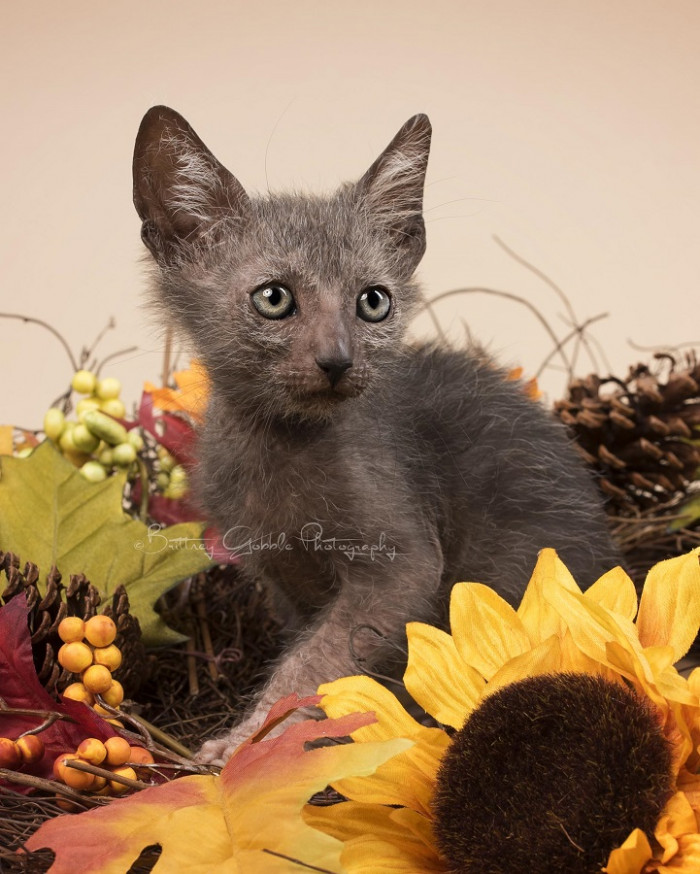 You don’t often get to see an entire breed being born into this plant. So we must cherish the Lyoki cats and protect them with our lives.