I don’t know why this is so hard to grasp for some people but kids are not a plaything. And they can actually have quite a lot of complex emotions and that means we need to better a listening rather than talking over them. Most parents want their children to socialize and grow up to be intelligent and inquisitive. However, they shut that down whenever they have a chance to feed into their child’s curious nature.

Simply treating them like regular people can go a long way in building a better relationship between both parties. Everyone wants to feel appreciated at times. But these days it seems the young generation can do nothing right. Even if we are holding two jobs while studying and taking care of the house, we still get called lazy and not doing enough by the older generation. With depression at an all-time high, we as a society need to do better,

Because the only time they get appreciation is when they are on social media and that is just sad. 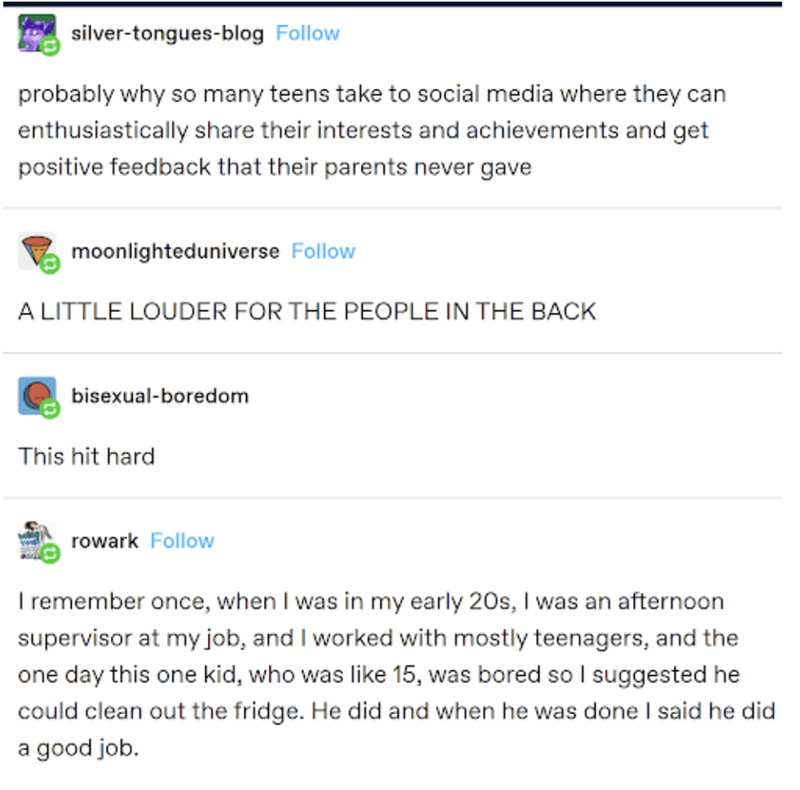 This seems like such a small thing but it just goes to show how little things can make a big difference. 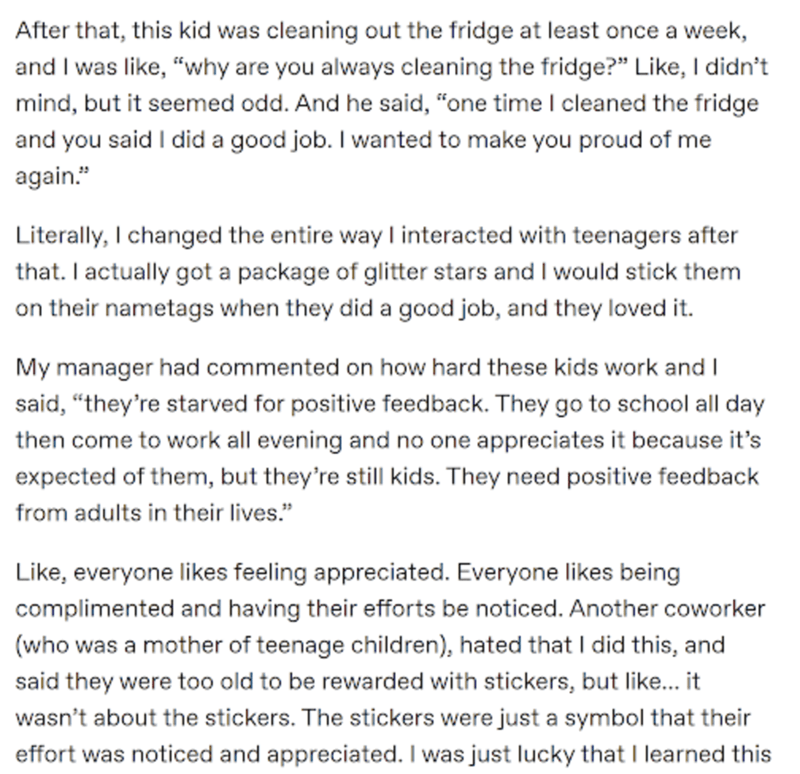 Engaging in conversation and actually listening to a person are wholly two different things. 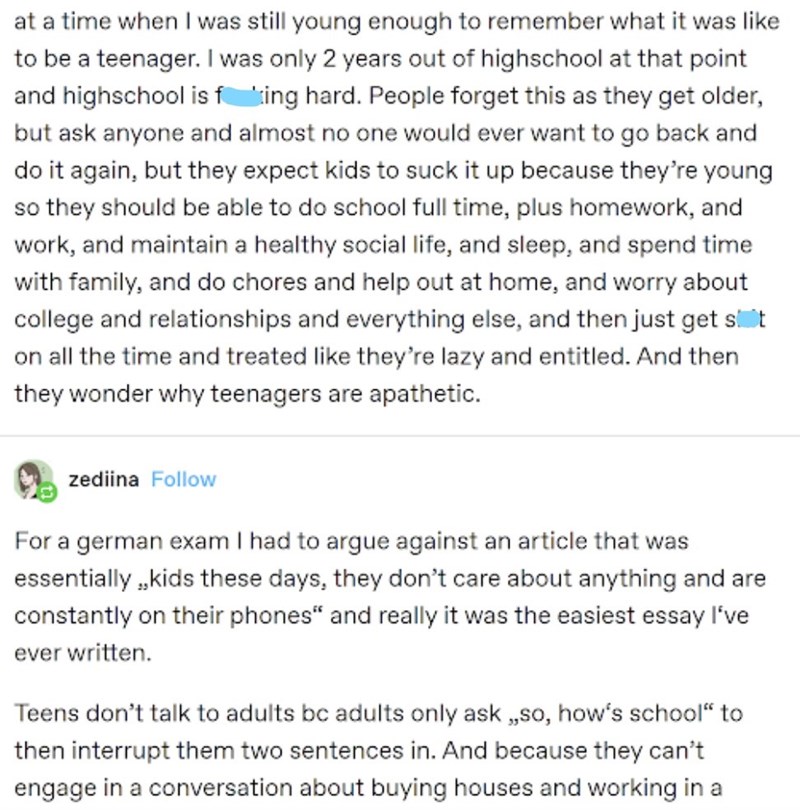 Exactly, when they are interested in something, they will put down their phone. 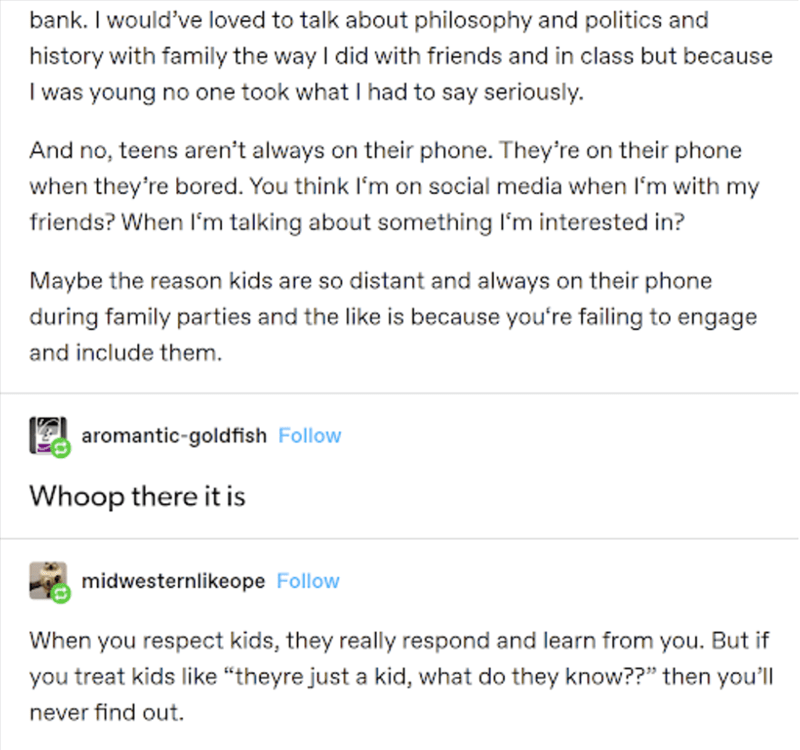 Unsurprisingly enough, when you respect them, they will respond back with the same attitude. 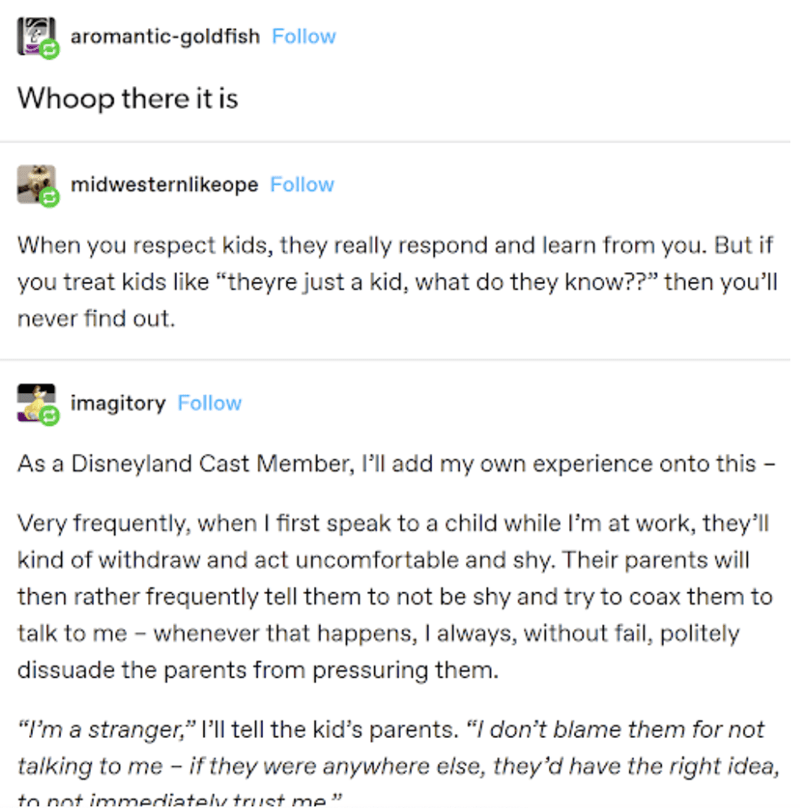 Sometimes you just need to better at handling people. 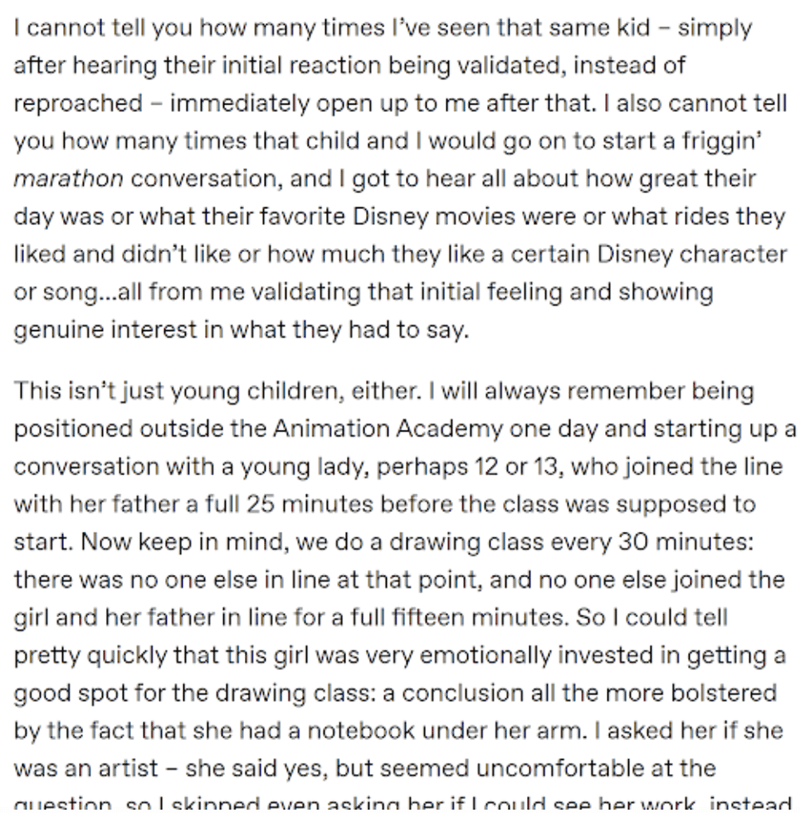 Kids will open up to you once you show them you are willing to hear them. 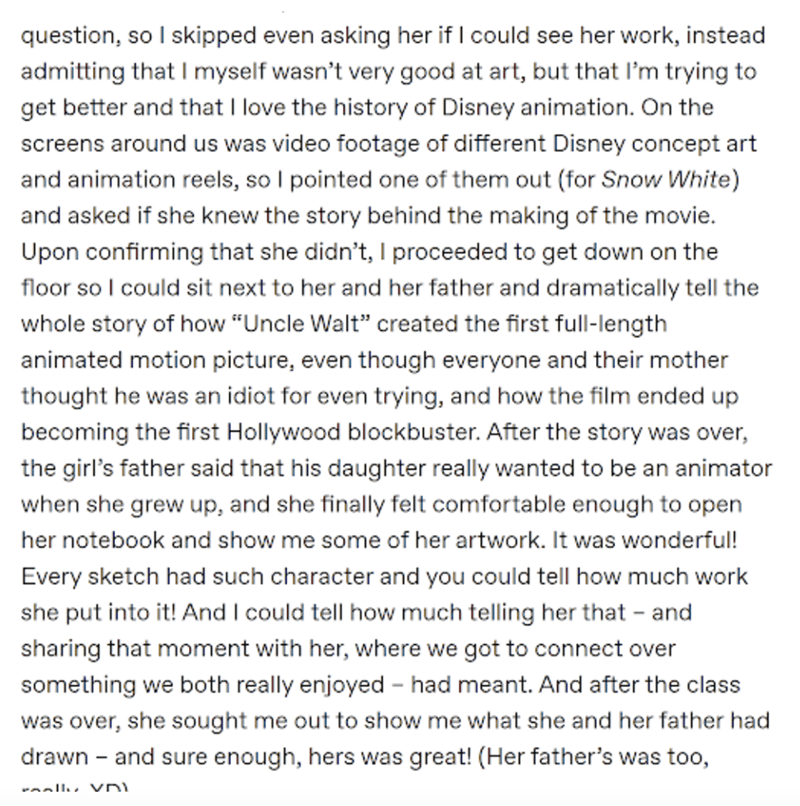 You need to teach your kids because these things need to be learned. 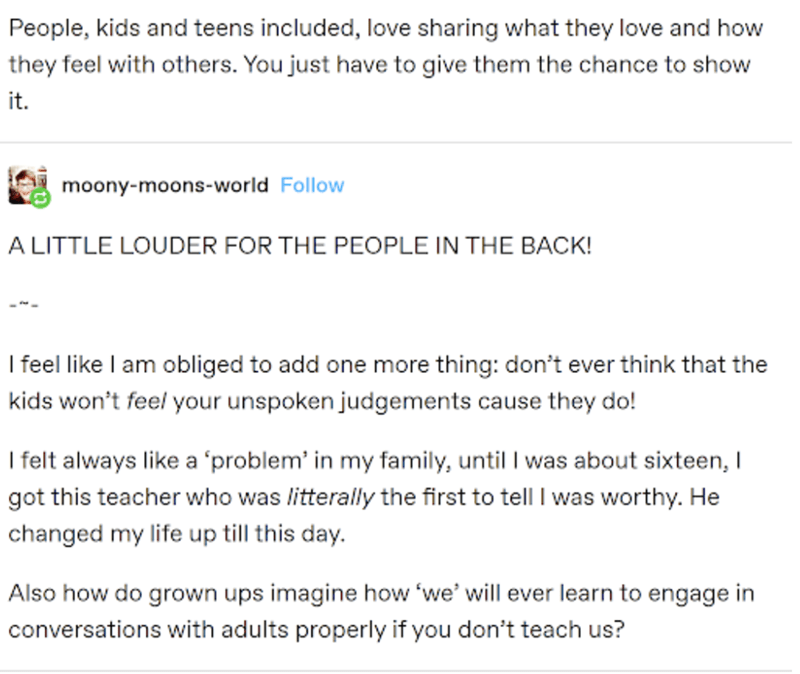 More people need to hear this and actually take it in rather than waving this information away. 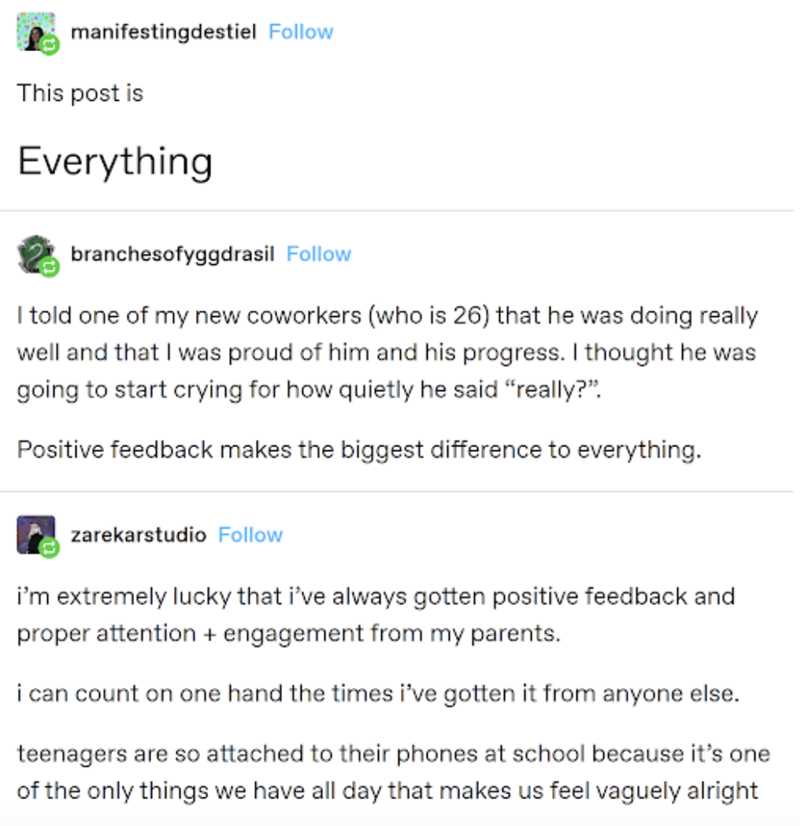 Let us stop dehumanizing children. They have the same emotions as us. Sure they may not be as developed as adults but that doesn’t mean they don’t feel these emotions fiercely. And we as adults need to do a better job at listening to them. 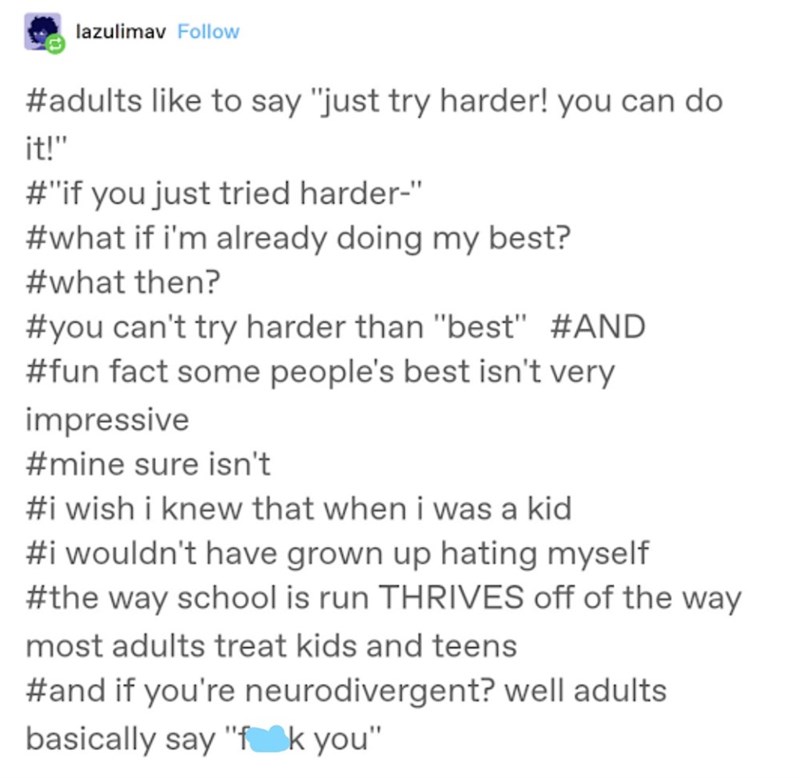 All in all, appreciate your kids for what they do and stop putting them down by boasting about yourself. 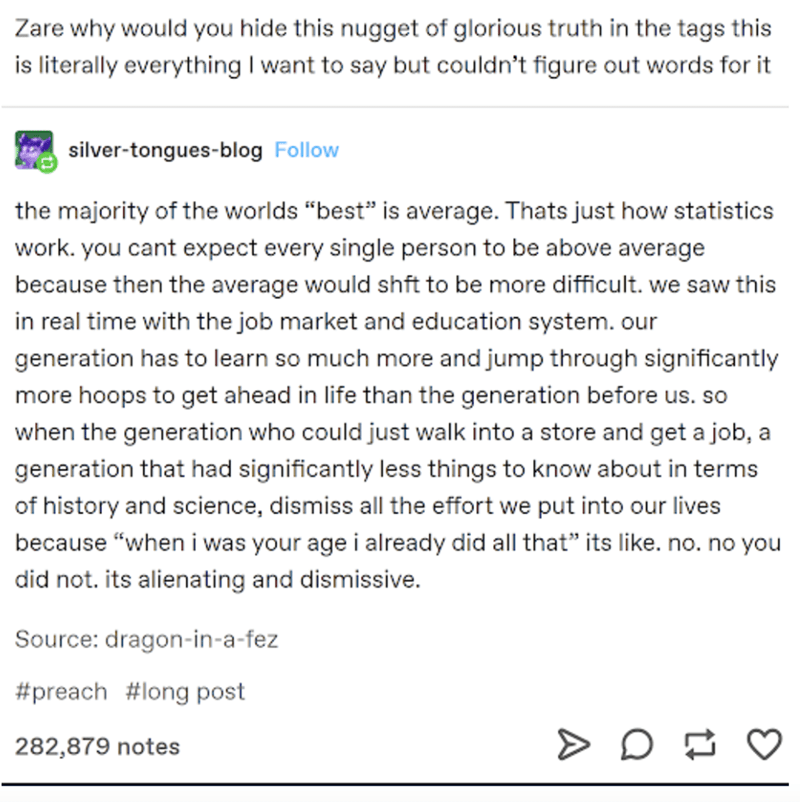 What are your thoughts on this whole Tumblr thread? Let us know in the comments below and don’t forget to share with your friends so they can join in the discussion as well.