Some people don’t take breakups lightly. These people are a great example of that.

Breaking up with someone after you have loved them so deeply and without any division can be very hurtful and break you into pieces for a very long time, hence the name “Breakup”. Some people take breakups to heart and drown deep under depression. But there are also people who decide a mere breakup cannot take their happiness away and chose to restart life instantly. And I really appreciate those people because it is not easy to just drop the past and move on.

Some people drop the past instantly but some make sure that their ex realizes the mistake they made by breaking up and then drop the past and move on. Dramatic breakups are a very hot topic and we love to hear those stories. They never get boring because the element of surprise is so good. And things don’t end at the breakup. It’s the revenge that exes decide to take after, is that makes the whole thing even more exciting.

Today we will be taking a look at some fierce acts of revenge taken by exes after breakups.

1. Oh my god that is the evilest revenge ever. To be fair, he totally deserved it. He is gonna look like a fool with that tattoo. 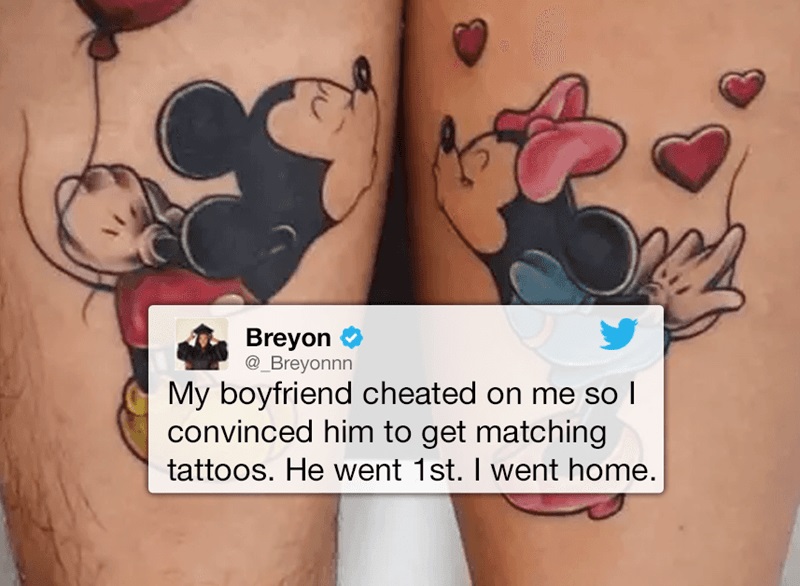 2. The letter is on the internet so this counts as public shaming. This is what you get for taking the person who loves you for granted. 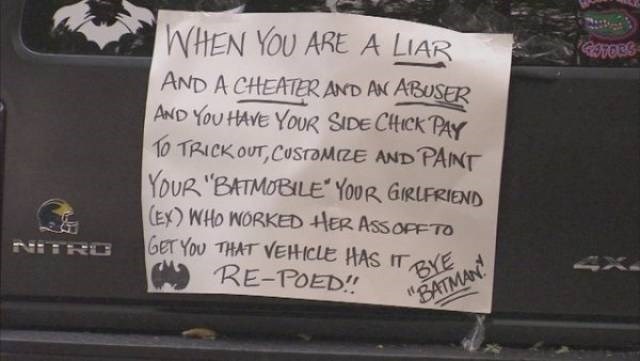 3. This smart ex wrapped their ex’s car for all the pain and hurt. 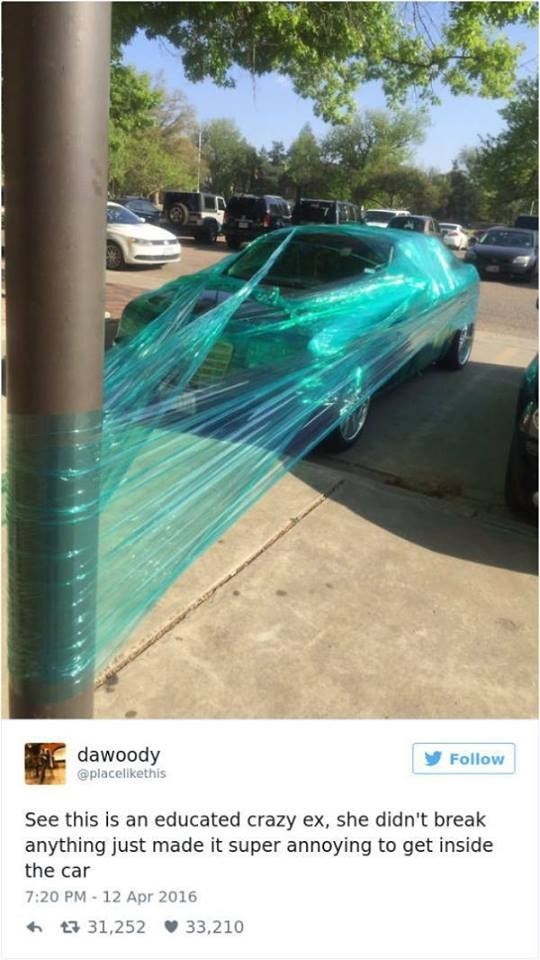 4. Oh boy, that is certainly going to feel heavy…for a very long time.

5. This is the highest level of public shaming. And she paid for the billboard from their joint account. That is a fatality. 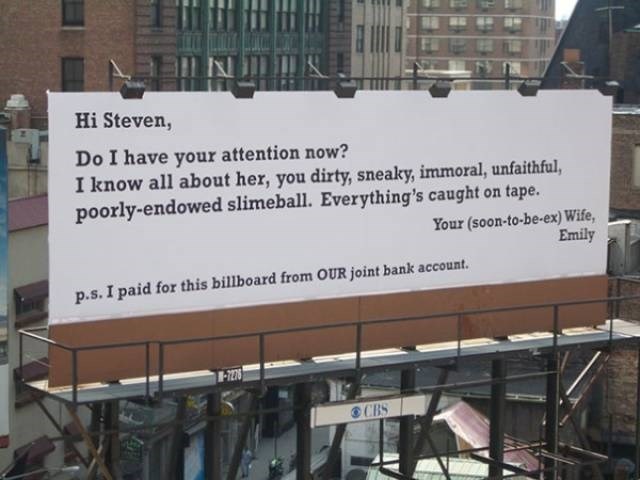 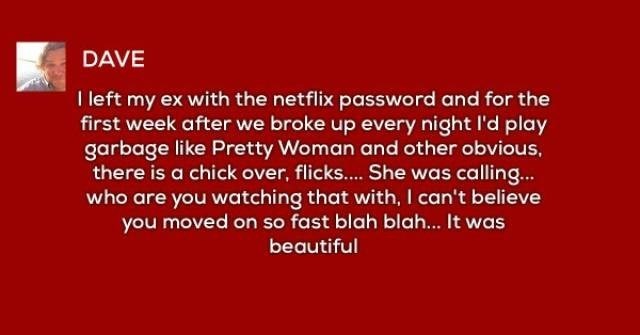 Wow! These posts are so satisfying to enjoy. Literally, they all deserved to be killed by these acts of revenge. Cheaters deserve nothing but the worst, there is no doubt about that. And wow, these are some very dramatic breakups. Definitely going to leave a mark for a time. And I am very curious to know the satisfaction these exes felt after the revenge they took over the breakup.

7. My guy put an entire board out there just to let the world be aware of what had just happened. 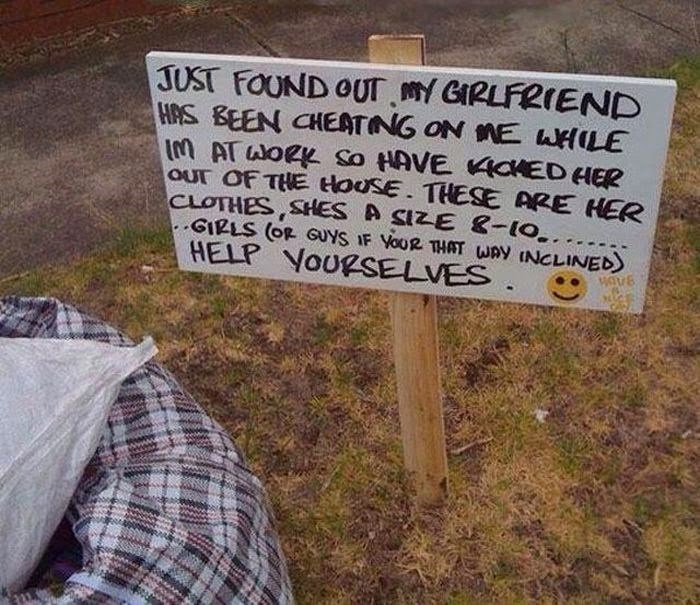 Via Via Damn Cool Pictures

8. First you cheat and then you deny it. That just raises motivation to a whole new level to take revenge.

9. Who gave her entitled ass the permission to use his account after he had asked you not to. You deserved that; the password cut and the breakup.

10. That is a post in the newspaper. She actually shamed her husband for cheating on her in a newspaper. This outclasses everything. 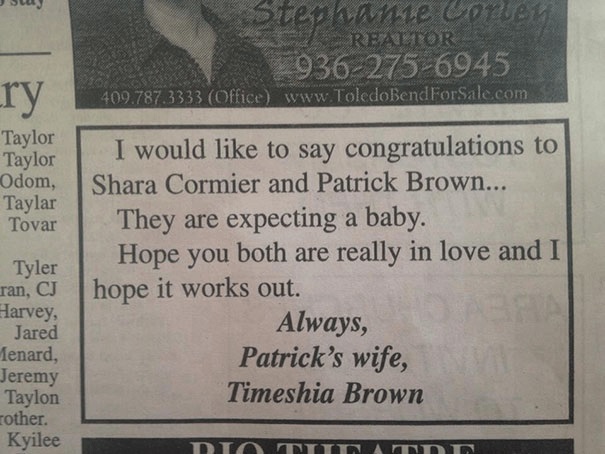 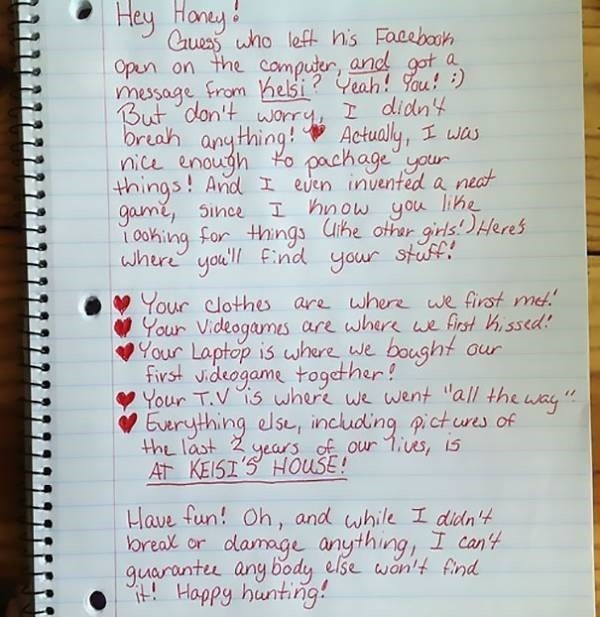 12. I literally cannot believe what I just read. Now that is how every cheater should be treated. Even better, their parts should be cut off and fed to vultures. 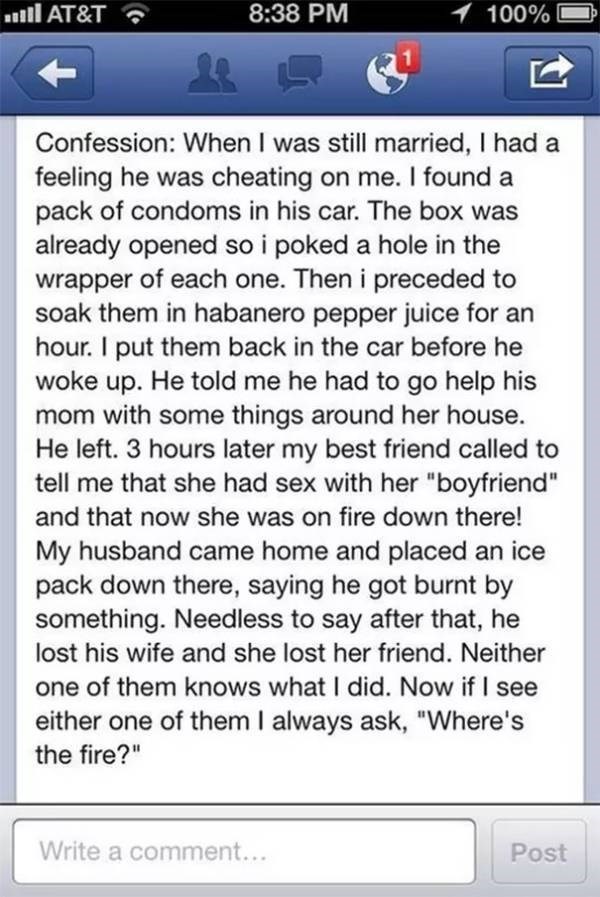 13. Lost cheating psychopath. Whoever finds him, just report him to the police. 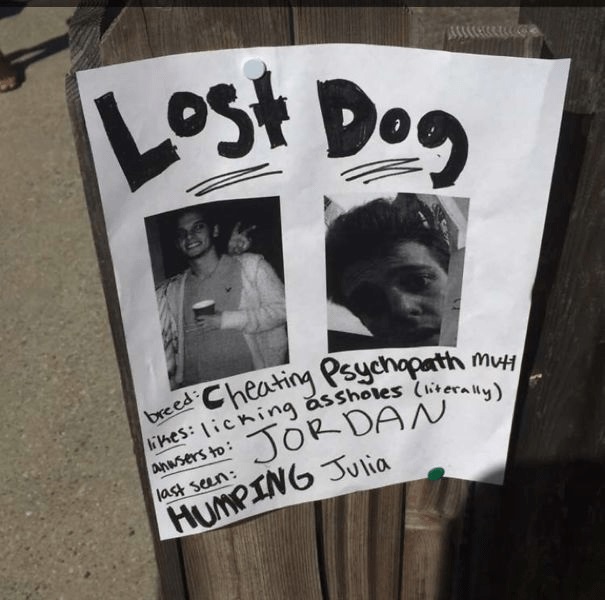 I really hope you guys enjoyed these amazing and sassy acts of revenge. Let’s just hope no one is ever on the other side of them.