Neighbors don’t have the right to someone else’s private property.

This sounds like a pretty standard statement and one that everyone understands, right? It might sound simple to you but it clearly isn’t or people would be following it. I know neighbors can be a mixed bag as some people are great while others make you want to rip out your hair. However, this story includes a particularly entitled family as neighbors. As you can tell by the title, the whole fiasco was started with a trampoline.

We can all agree that trampolines are fun and I remember playing with them a lot when I was young as well. However, I did not go into someone else’s garden to do that. I am not saying there is anything wrong with using someone else’s trampoline but you always have to ask for permission first. And just because someone gave permission once, doesn’t mean that it is for a lifetime. That is what these neighbors couldn’t understand.

Just scroll below to read the story for yourself.

This was posted on the Entitled Parents subreddit and it fits perfectly.

This woman lives with her younger sister and has a trampoline.

She was okay with her neighbor’s kids playing on the trampoline for a little bit. 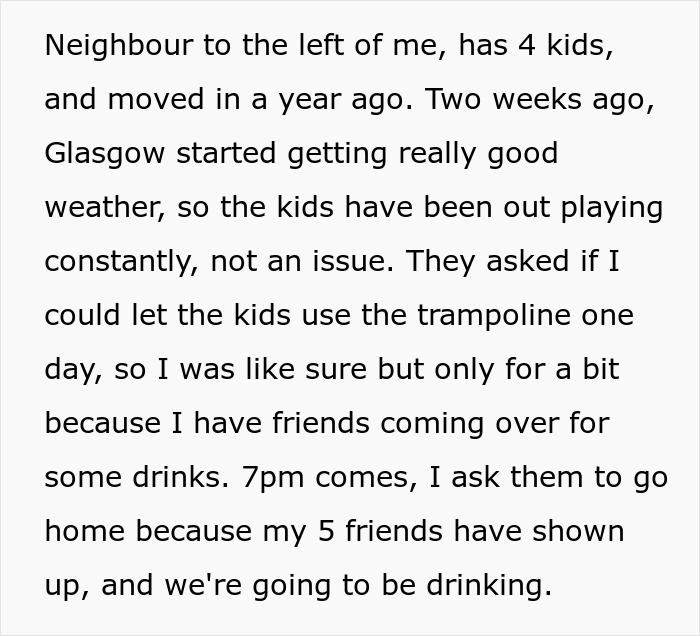 But they clearly started taking advantage of her leniency. 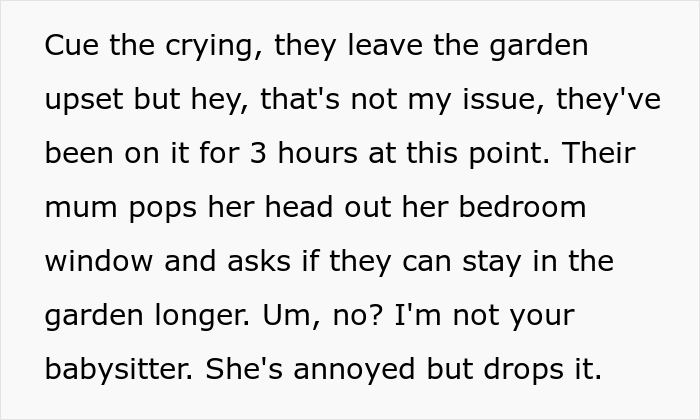 Now, this progressed further with the kids coming in when she wasn’t even home. 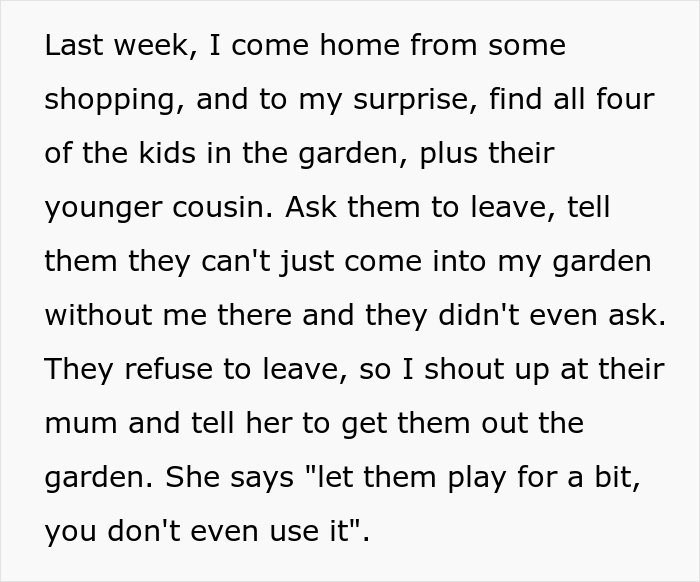 The irony of it all is that the neighbor calls the woman Karen. 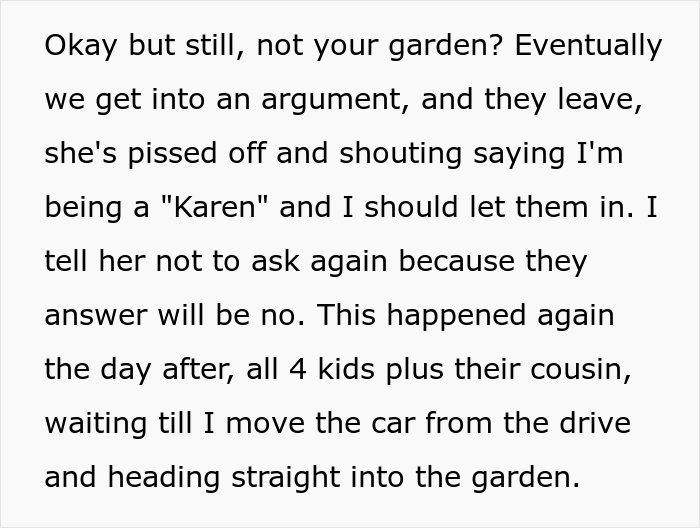 She thought maybe things were over but they were back again. 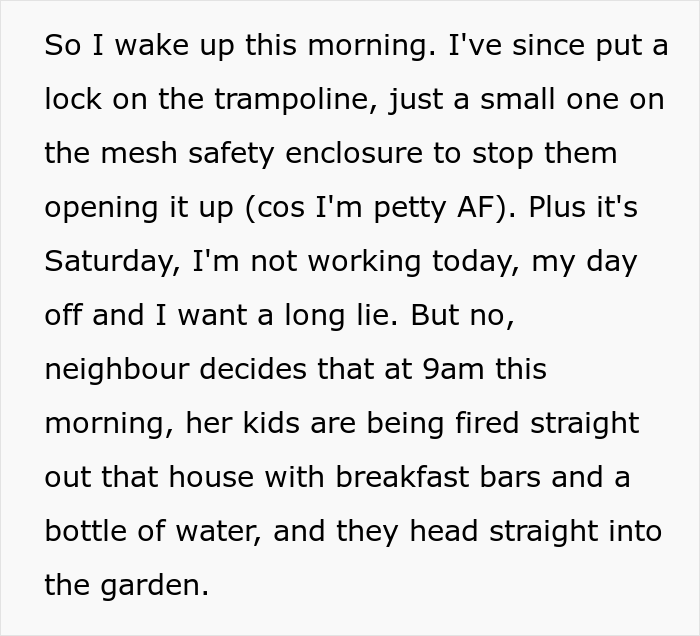 Surprisingly the neighbors threaten her and say they will call the police. 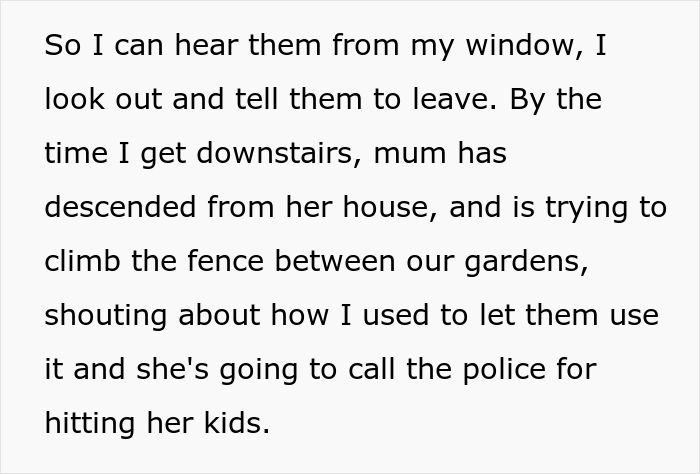 So she goes along with it and the police are called.

As you can imagine, things don’t go as planned.

And it is the neighbor’s husband who ends up getting arrested. 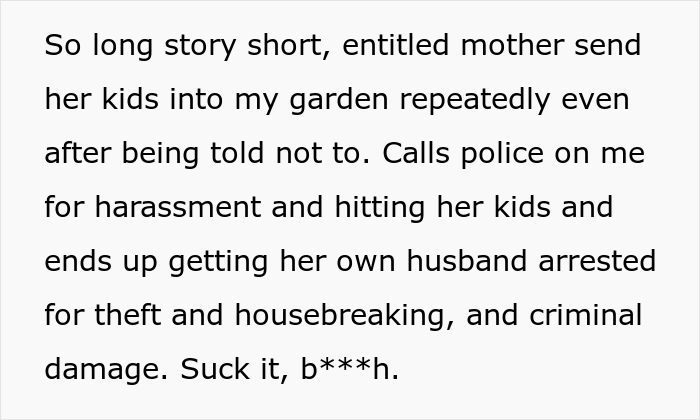 People even gave her some advice about the trampoline. 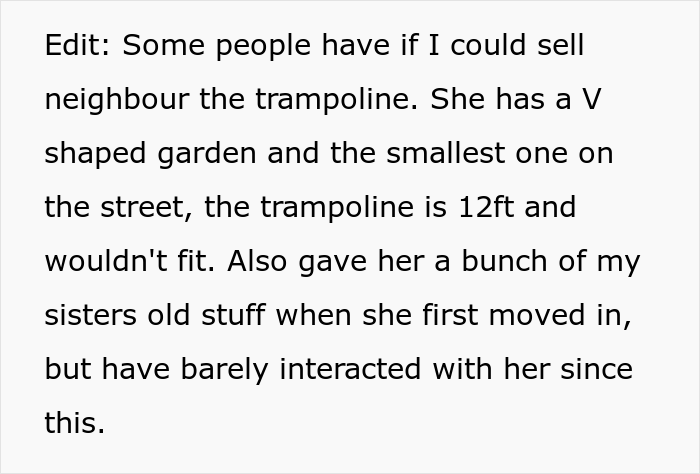 But she ended up destroying it once and for all. 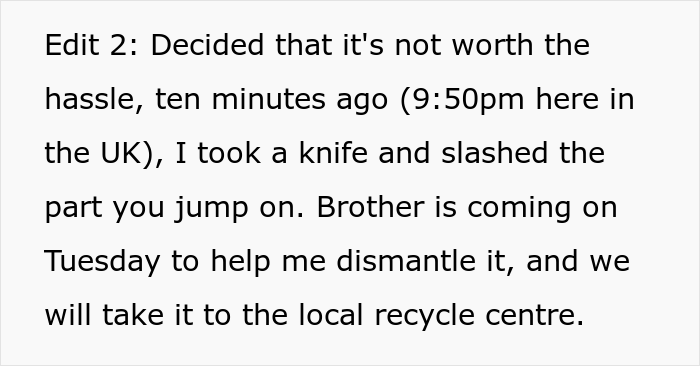 I don’t understand how the neighbors thought calling the police would work out for them. Did they think making false allegations about this woman hitting her children would fly? or did they not know about eh cameras in her backyard? I am just happy that they got what they deserved and this woman didn’t get into any sort of trouble.

People in the comments mostly took her side. 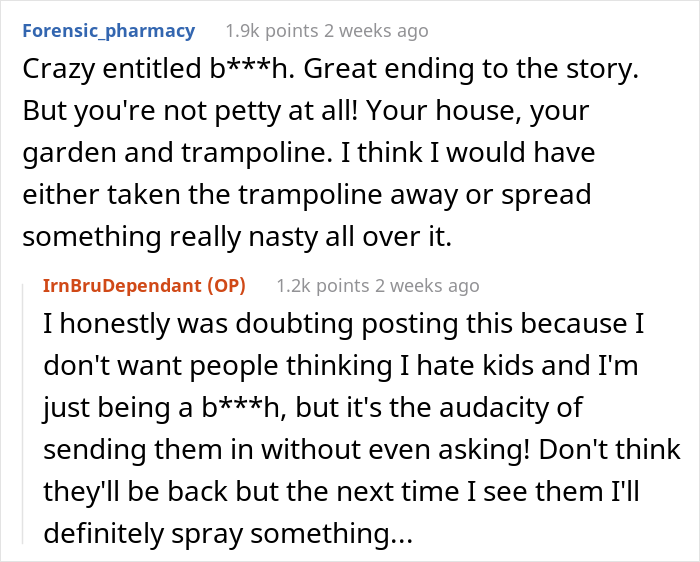 Some people are just crazy. 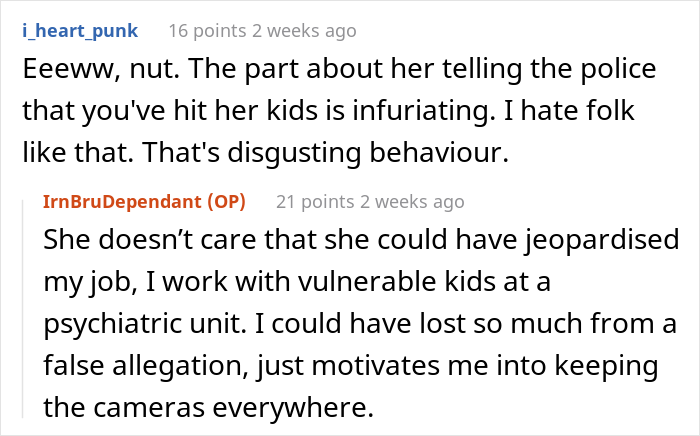 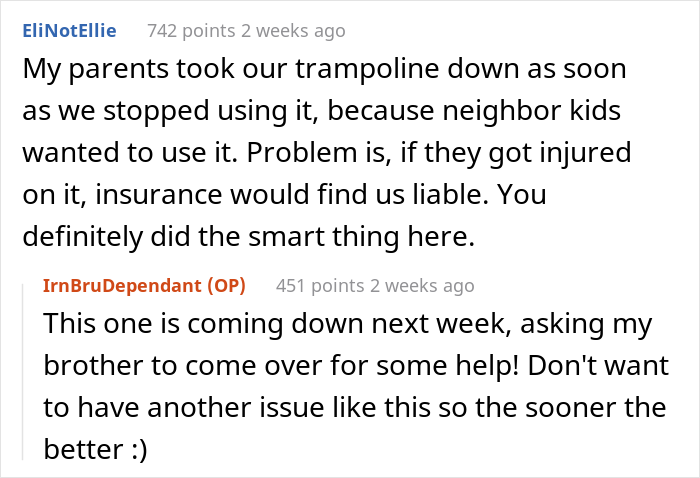 This is why sometimes being nice doesn’t pay off. 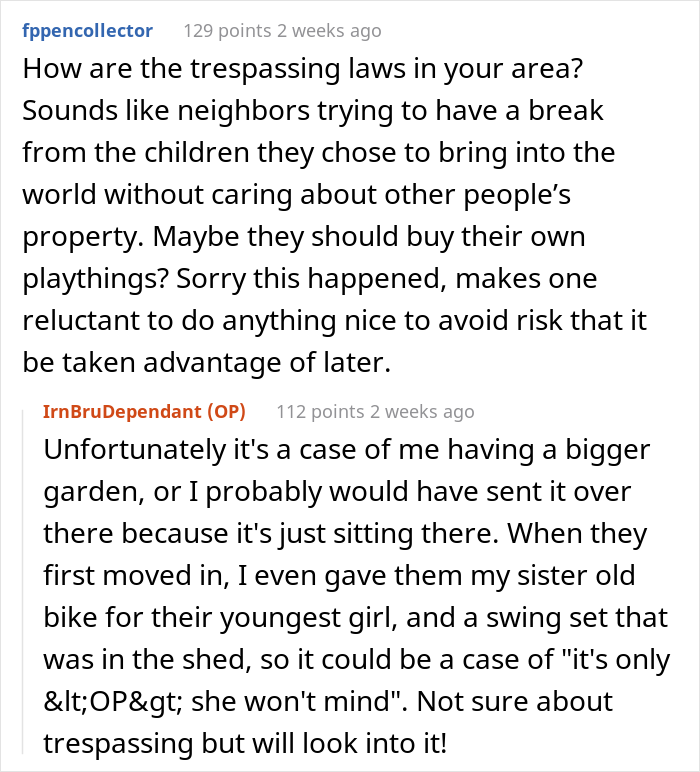 The neighbor was definitely the Karen in this situation.

Hopefully, things end at this. 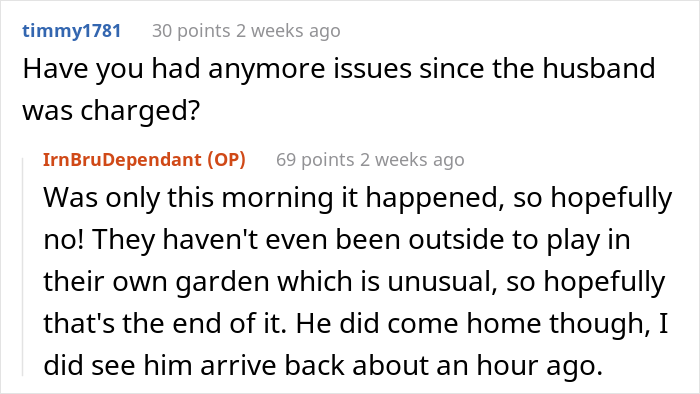 I think she might try it again because she does seem that dumb. 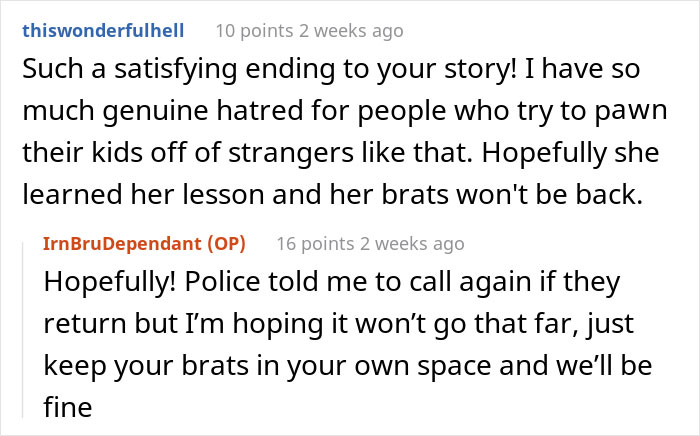 That is not a bad idea.

Many people shared their own ideas for the trampoline and garden.

This would have made way too much sense and entitled parents don’t act this way. 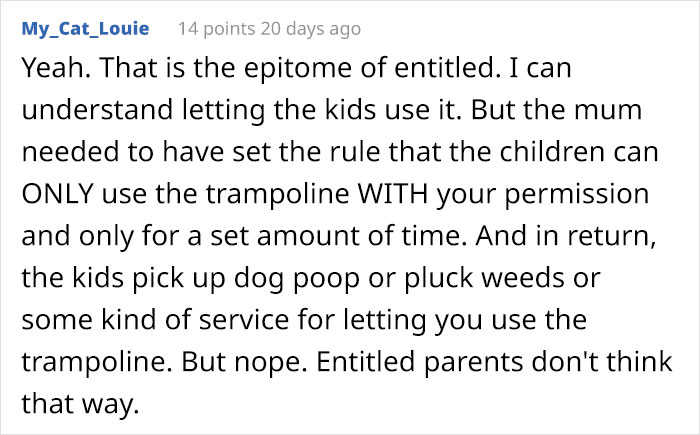 What are your thoughts on this story? What would you have done if you were in her place? Would you have called the police or was that going a bit too far? Comment down below and let us know.