When you get married and decide to have children, you sign up for working as a team.

You can’t just dump all the responsibilities on one person and sit back and relax. You have to divide work, settle on shifts, and go through the tough process of raising a child together. However, every family isn’t perfect and some parents can not stay together after they have children. Staying together for the kids does no good if all your kids are going to get is a toxic environment and mental health issues. So, some parents separate and decide on co-parenting. They decide to stay on good enough terms for their children so they can still work as a team while taking care of them. Whether this works or not depends on the amount of effort each individual in the party wants to put in.

This woman on Reddit shared her story about her separation from her ex-husband and her experience of co-parenting with him. The man was nearly a deadbeat dad, and the woman had to struggle a lot to communicate with the nanny. So a lot of drama ensued when she went to her mother-in-law’s birthday party. Scroll down below to read the whole story:

The woman’s ex-husband had hired a nanny to take care of the kids and pick and drop them.

She would try to talk about the children’s needs to the husband but he would barely respond.

Seeing the man’s lack of interest, she decided to directly contact the nanny and they worked pretty well as a team as it helped the children. 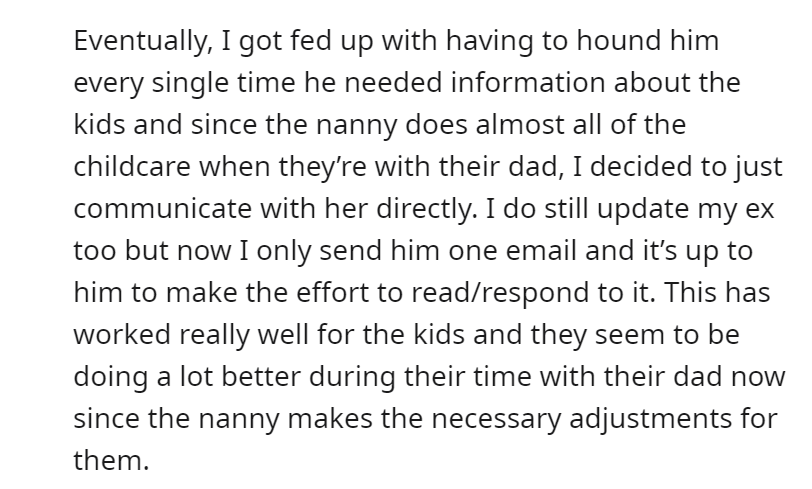 On her ex-mother-in-law’s birthday, the ex-husband kept making snide remarks to push her buttons. 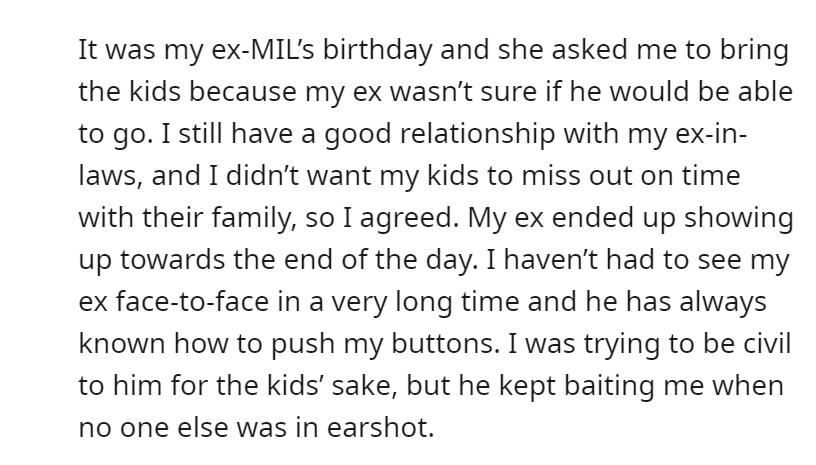 When the mother-in-law complimented them over their co-parenting, the woman replied with “Yes, I really enjoy co-parenting with the nanny.”

This enraged a lot of people at the party.

The woman gave this reason for why she thought she was wrong in this situation:

In my opinion, the woman would have been wrong if her ex-husband hadn’t been getting on her nerves the entire day and being an absent dad. The snide comments were the final nail in the coffin and the woman finally snapped. But she just spoke the truth. Everyone got offended because the truth was too bitter for them to handle. 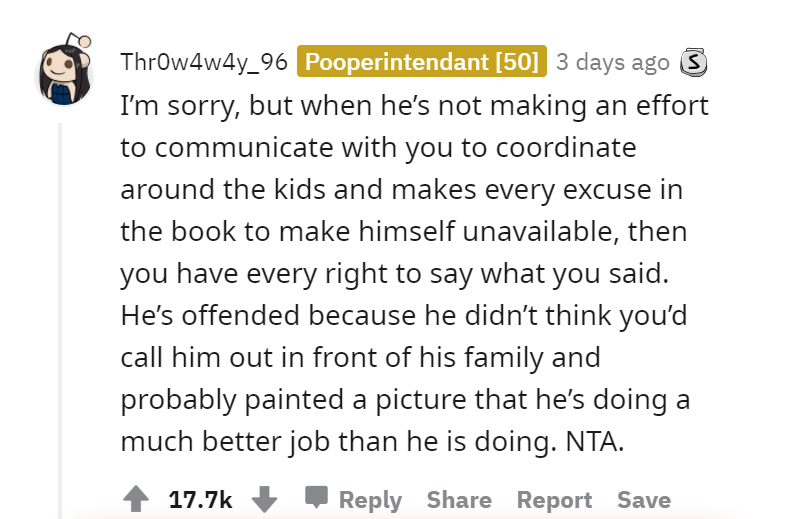 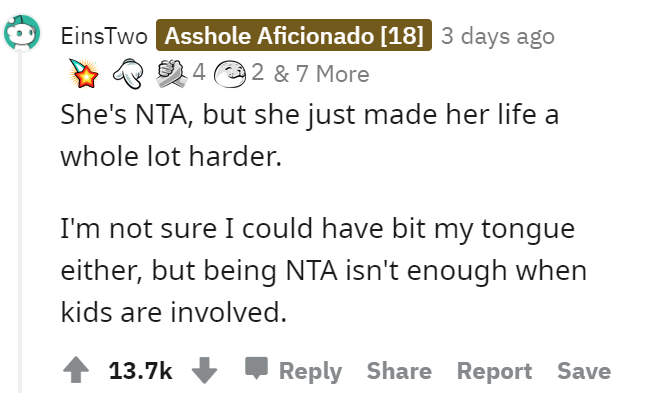 That actually was a great comeback. 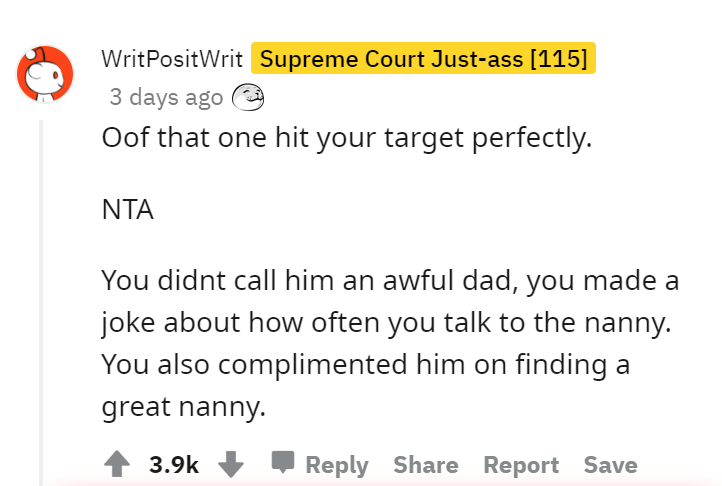 There is no point in having him around. 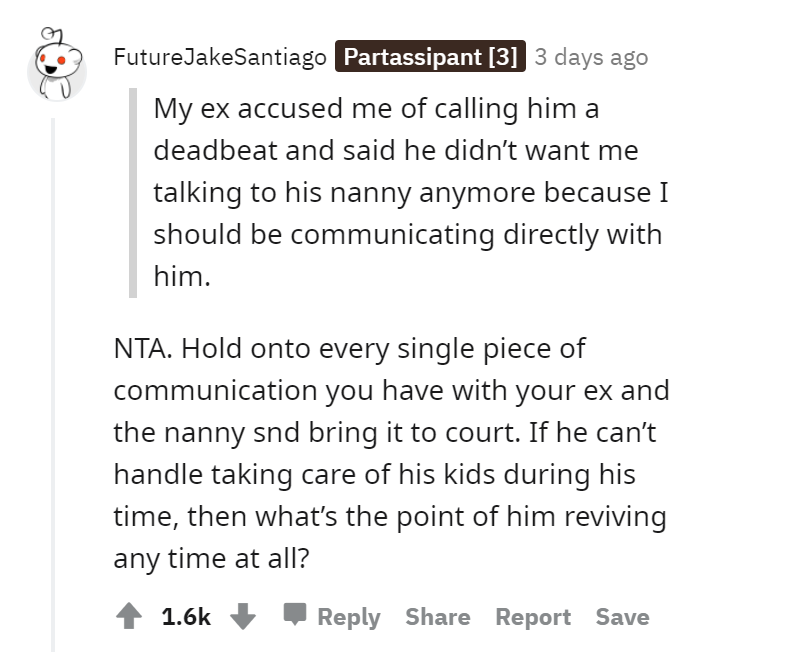 It was worth the drama.

Do you think the woman was wrong here? Should she have said that? Let us know your opinions in the comments below.