The US is currently divided into two sections right now.

Pro-life and pro-choice is one of the biggest arguments in the US right now. Both sides are adamant about their beliefs and won’t budge. They use their own logic and statistics to support their arguments and it is a heavy debate that isn’t landing anywhere as none of the sides are giving up. After the bill banning abortions passed in Alabama, there has been a lot of backlashes. If this bill converts into the law, this will create a lot of problems for women and doctors seeking help in terms of abortion. Anyone performing the procedure discharging it could be committing a crime and would have to pay a penalty.

This is Conservative commentator Liz Wheeler. 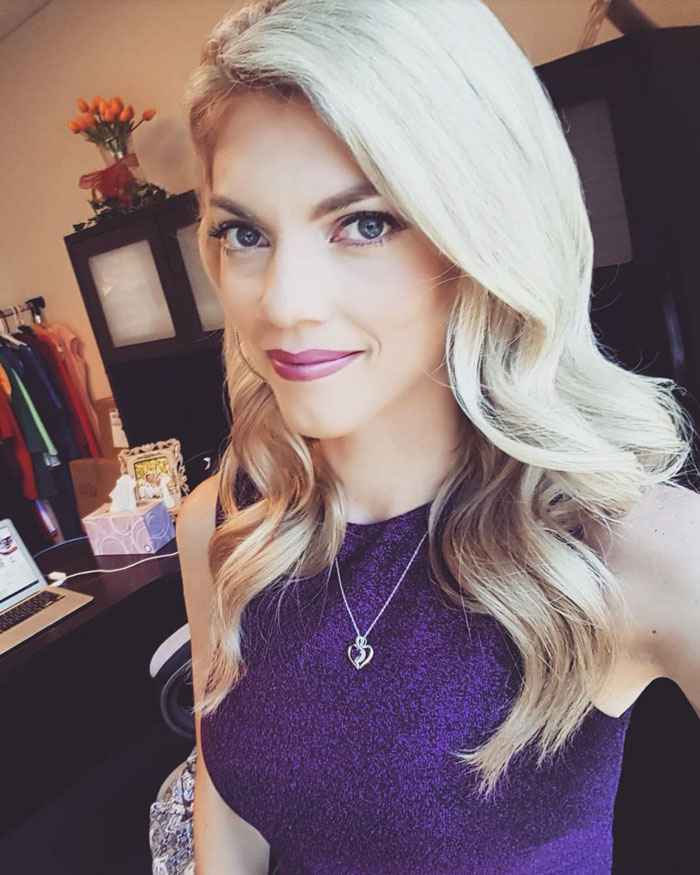 She is a strong advocate of pro-life and is very devoted to “exposing” the hypocrisy of pro-choicers/liberals. To back up her arguments, she tweeted an image of a 6-week-old embryo

She uploaded the photo with the caption, “This is “two weeks late on your period.” Two weeks late has arms & legs forming, fingers & toes, & a heartbeat!” 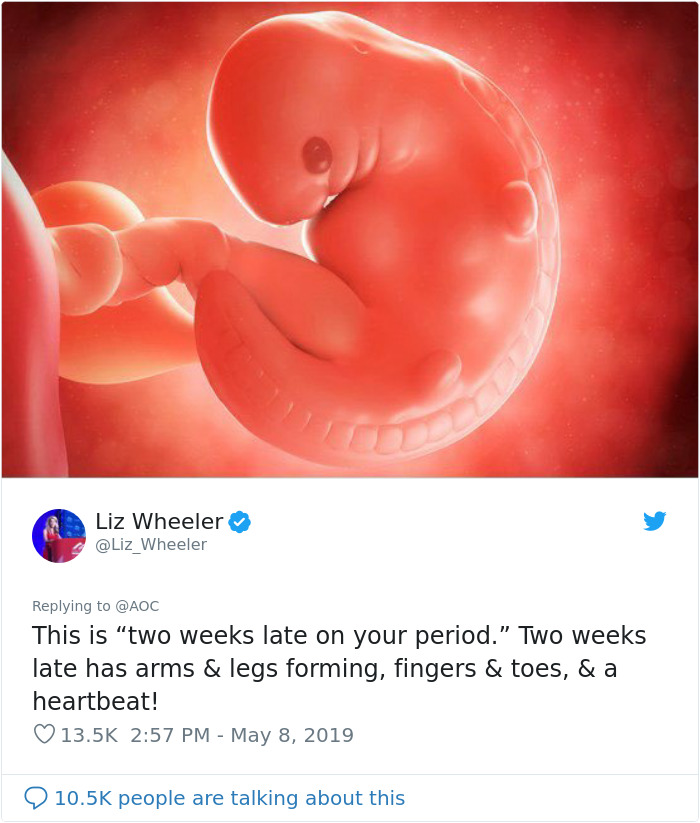 This tweet was in response to Rep. Alexandria Ocasio-Cortez who talked about the heartbeat bill which states that an embryo develops a heartbeat when you miss your period after 2 weeks, Wheeler tried demonstrating that people are taking away a life if they abort at this stage of pregnancy. To this Emily M replied with scientific facts that proved Wheeler wrong and defended pro-lifers. 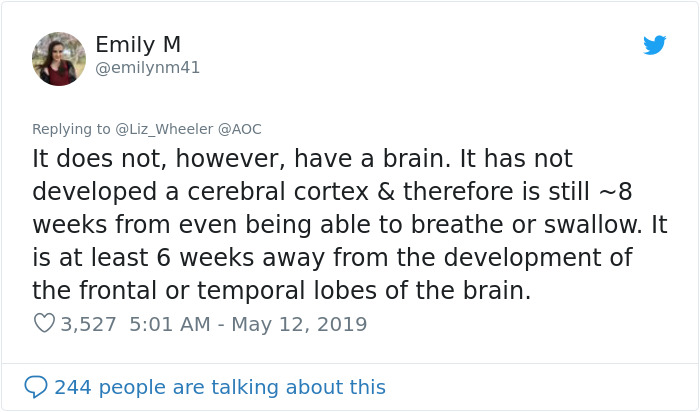 She stated that they don’t even have the brain processing power to react to adverse stimuli. 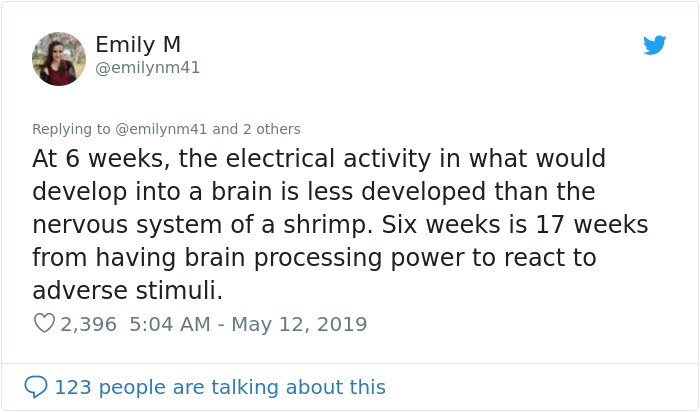 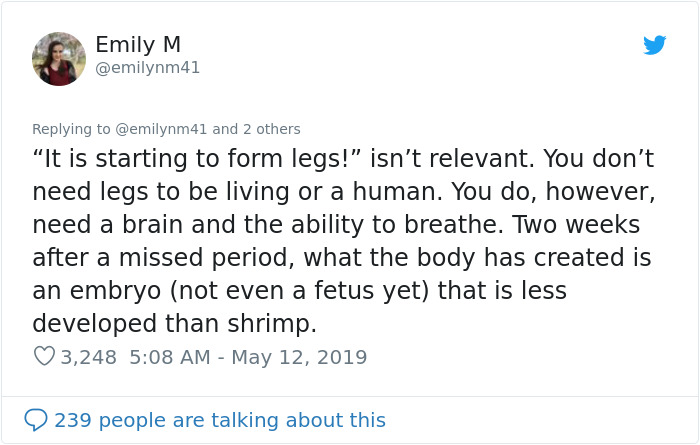 Others quickly responded to fight for their right to choose. 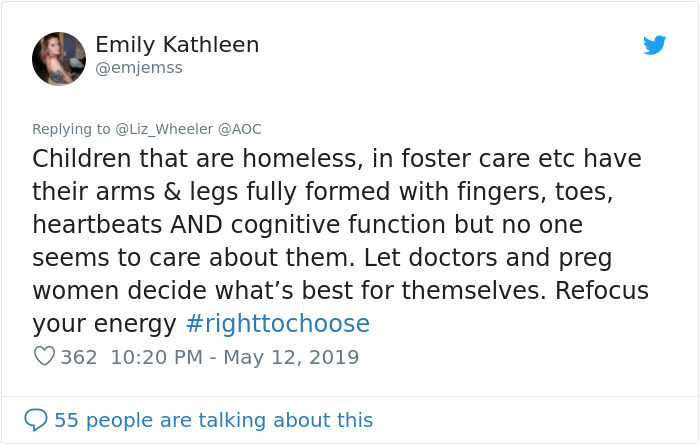 They threw shade at her too. 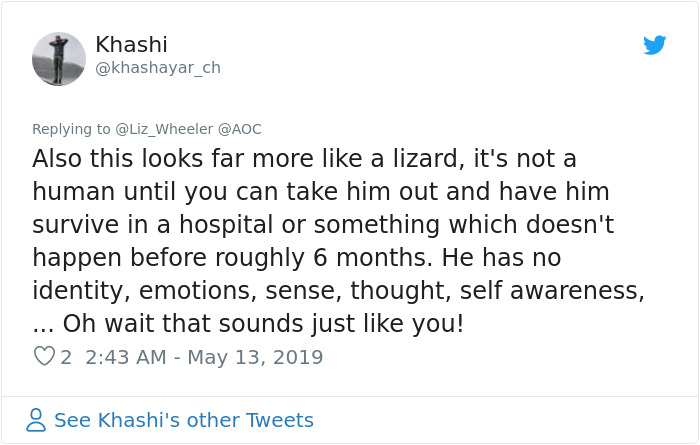 Menstrual clots can be much bigger than that embryo.

Some people say there should be a time limit to get aborted.

This is also a very emotional issue for some people. 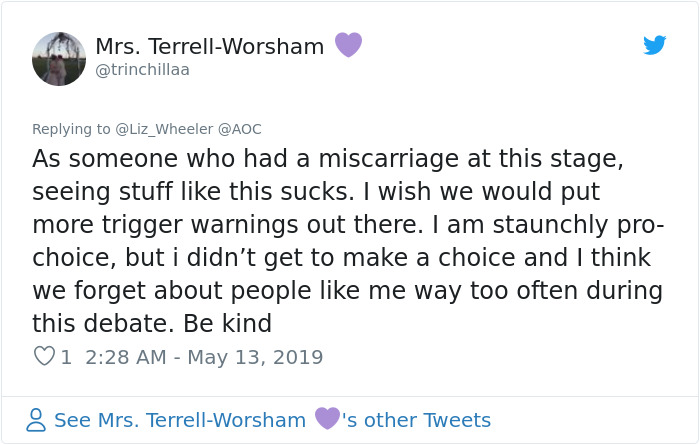 Both sides should be respectful while discussing their beliefs. 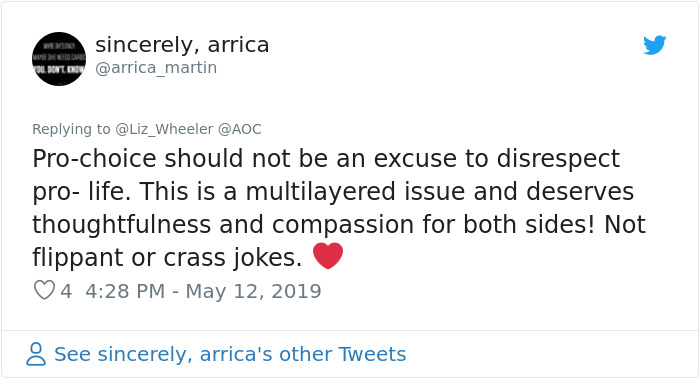 There were explanations for ovulation.

Then pro-lifers came to their defense. 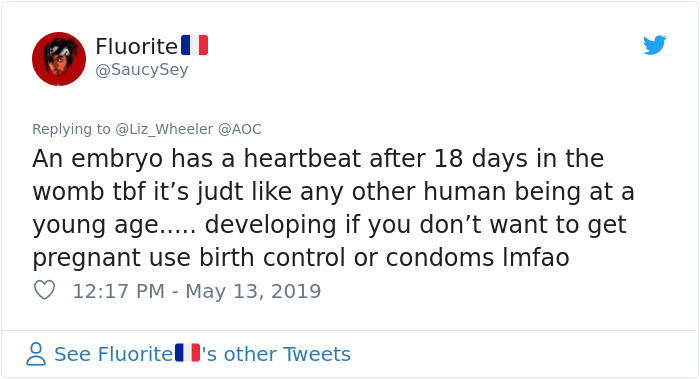 There are already so many unwanted children in the world. 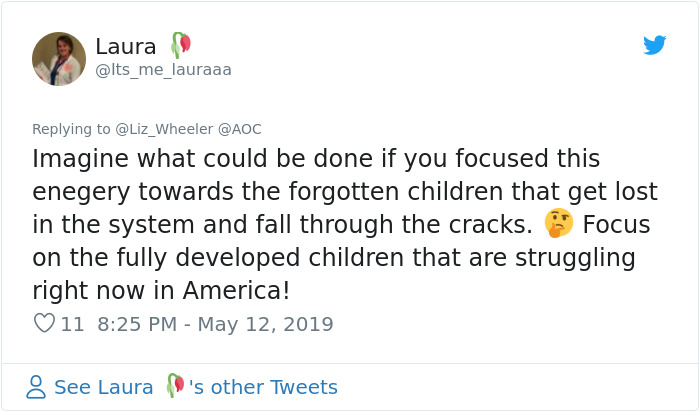