The news of becoming a mother takes a woman over the moon. it’s something which is to be cherished for life. No matter what the gender of the child is, children sure are a blessing. The happiness of completing your family is something that every woman would want to experience. She deserves the best treatment for carrying the child and bringing it into this world, as it’s not an easy job. Nowadays, people aren’t so gender-biased but there still are some old-school freaks who are maddened by male supremacy. They think if the first child is a girl it’s some kind of a bad omen. As awful as it sounds, it feels even worst.

For a parent, especially a mother all children are equal. It’s certainly not her who determines the gender of the child rather it comes from the father, but still, nobody has control over it. In this Reddit’s AITA thread, the woman states that she is being mistreated by her delusional in-laws for not having a boy as her first child just so they could name him after the grandfather. She tried ignoring this crazy behavior until the day her in-laws threw a boy-themed baby shower for her despite knowing she was having a girl because apparently, they couldn’t accept the fact of it being a girl. Even her husband was in support of his family’s delusional behavior. So, she ended up walking out of the baby shower. Let’s go ahead and see what went down;

1. Why do such people even exist. 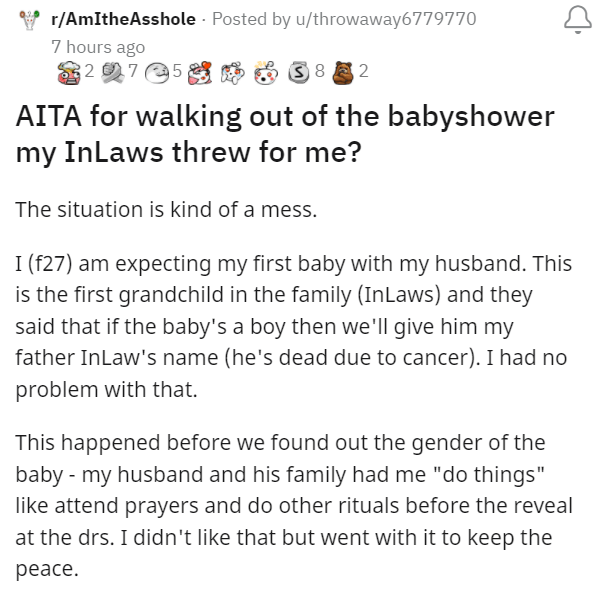 As the OP has mentioned it’s the first grandchild of the family, how come they still had the audacity for being so gender-biased. Families go crazy happy after hearing this kind of news, but that’s not the case here! These people had to have boy-baby news in order to be happy, that’s insane.

2. The family’s reaction to the baby being a girl was ridiculous 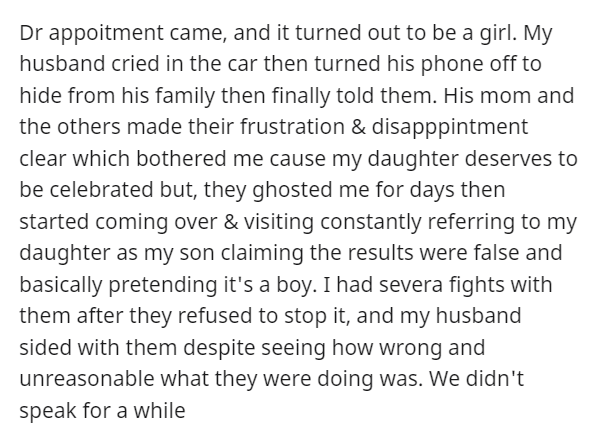 Well, the husband seems to be out of his mind too

3. They were obsessed with the Grandfather. 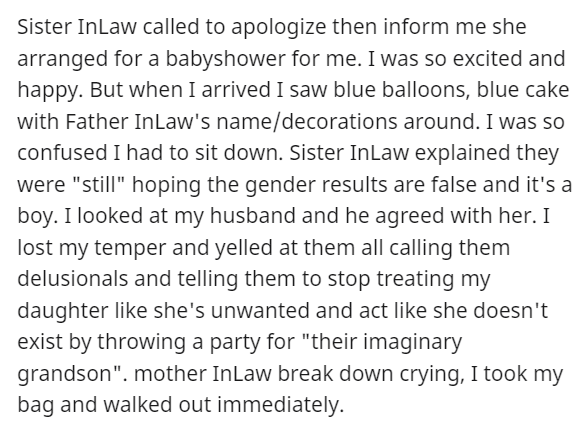 Are they what, trying to incarnate the Grandfather? That’s so scary!

4. The husband is blinded by the love of his family 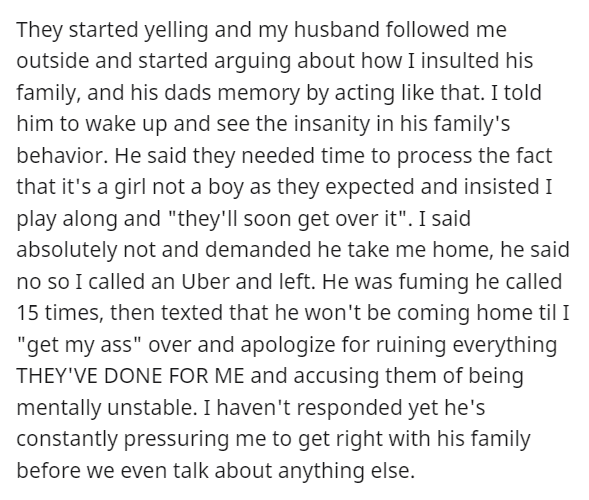 5. Some thoughtful advice people have for OP 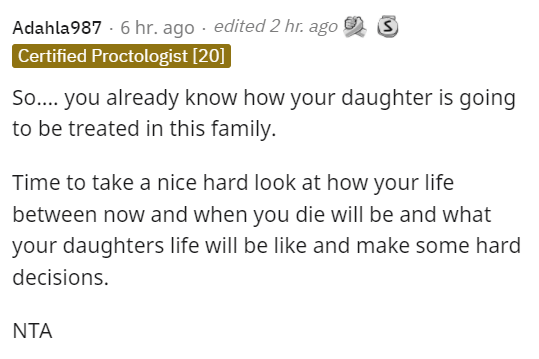 6. Take a stand for your little angel 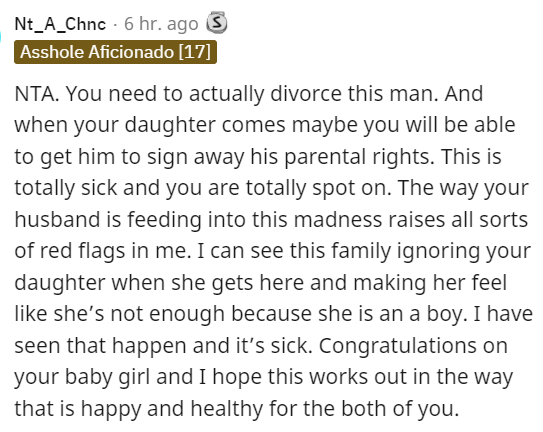 7. Call for help because your husband is clearly not getting over his craziness anytime soon

8. Your in-laws probably are thinking that Grand-pa could have another life 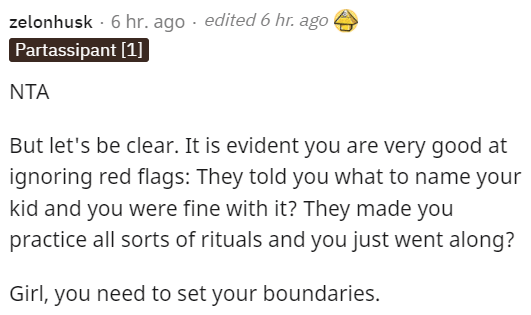 10. You need to walk out of this relationship too

Your husband doesn’t deserve to be called a father, your baby girl deserves so much better. A man who couldn’t celebrate his own daughter for the stupidest reasons isn’t fit for being a father.

11. More red flags to be spotted 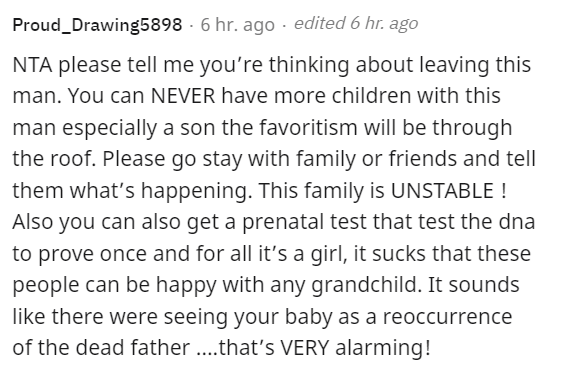 12.  You need to ask him and his family to get a life and stop being so savage

Clearly NTA here, the in-laws need to explain for behaving so crazy. It’s pretty clear that he can’t protect his wife or her child, he’s too blinded by false imaginations. Hereby, it’s time that the OP gets out of this toxic relationship which clearly only based on having a boy-child, or it’s done. If the family is so keen to have a male child, they probably need to give their son that job because it’s his chromosomes that are gender determinants of the child.

The OP’s daughter would never receive the right kind of treatment, hereby it’s time that she takes a decision for the betterment of her child and her own mental health. What do you have to say about this scenario? Do let us know your opinion in the comments.