Animals are lovely and affectionate creatures. Especially, when we talk about pet animals, all they need is love and they are yours. Adopting animals is a wonderful thing as they can get shelter and food after being homeless for days. It also generates a sense of satisfaction in ourselves as we follow a good deed. Seeing people adopt animals restores our faith in humanity and the goodness of humans.

Pet owners have decided to share with us some cute memories of their animals with us. Following are the photos of some cutest pets who have been captured before and after adoption while putting adorable gestures. You will love to see these photos, so brace yourself and keep reading till the end. Scroll down till the end so that you do not miss anything.

1. Bronco was disliked by everyone due to his scary appearance. after being adopted, he’s always smiling like this 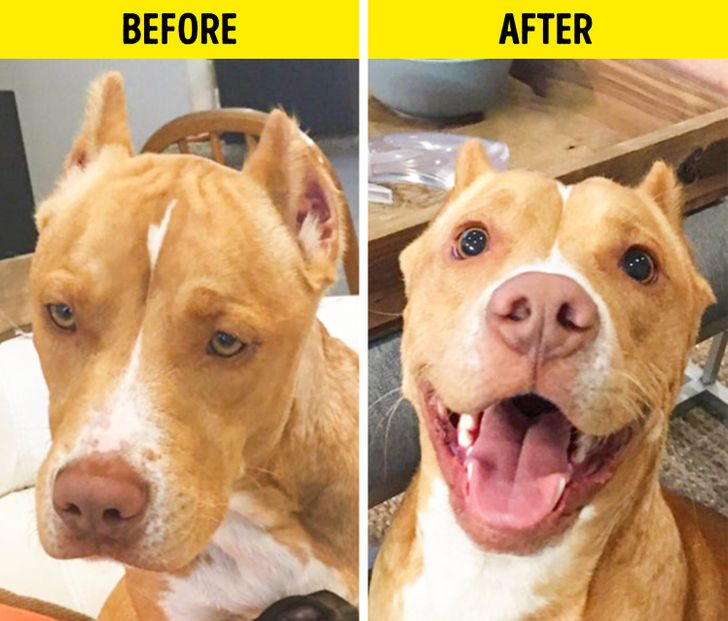 2. Archie after finding his new home is the happiest version of himself 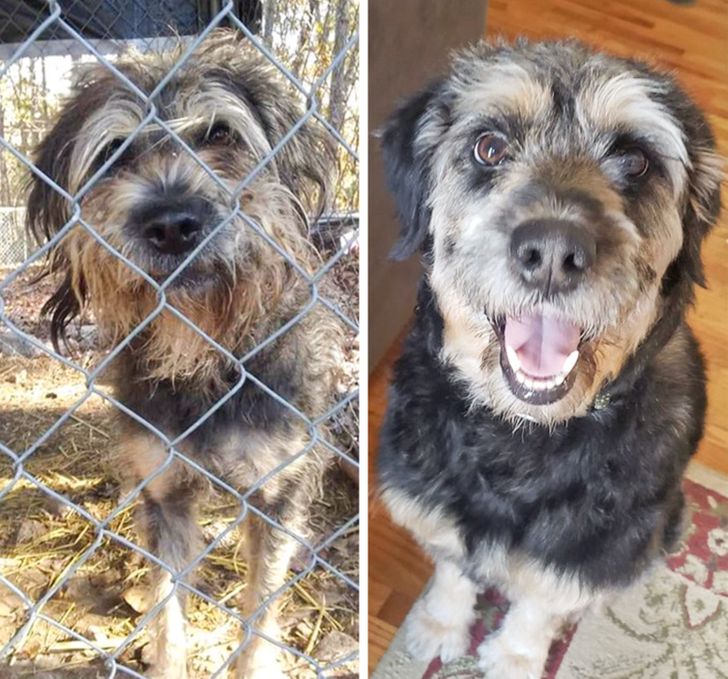 3. Look and how Yumi has been groomed over the time; she seems the happiest 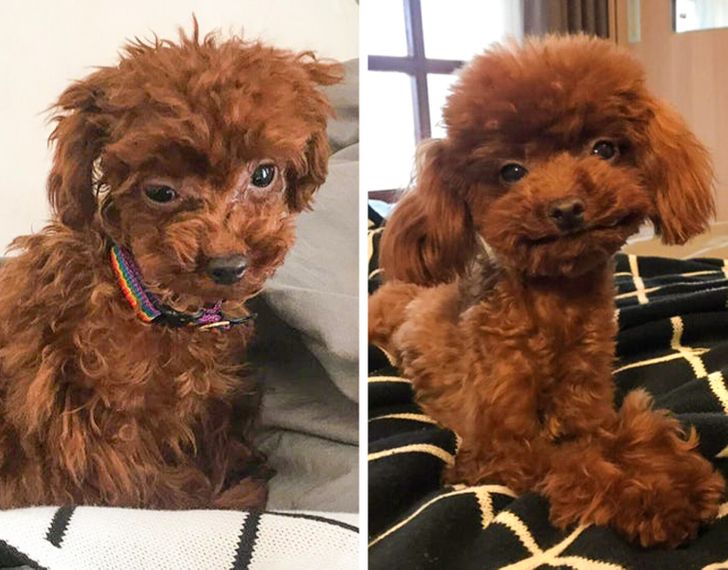 4. The difference can be seen after one week of adoption 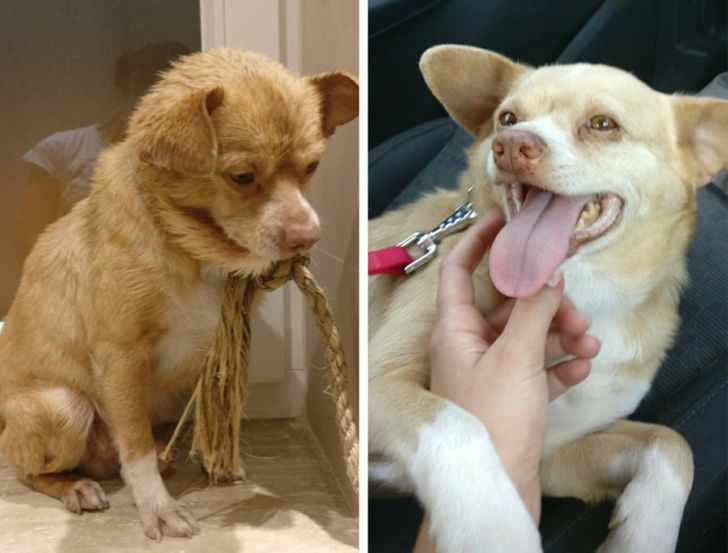 5. From not being allowed in any house to being the happiest puppy with lots of toys; this is Blade’s journey 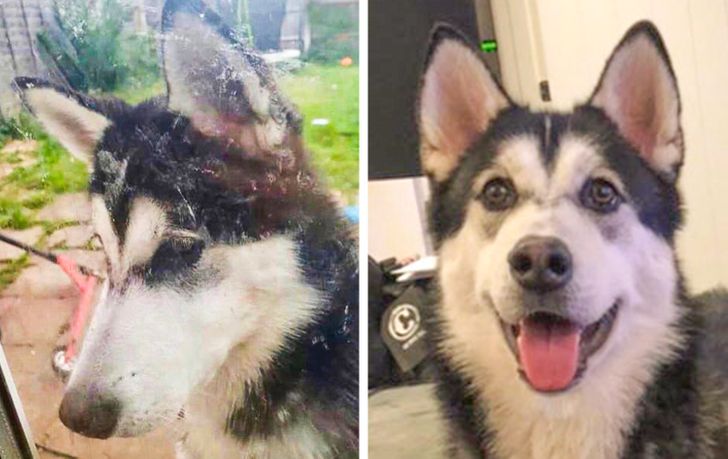 6. He was not a very happy cat when he came first but now he’s the coziest 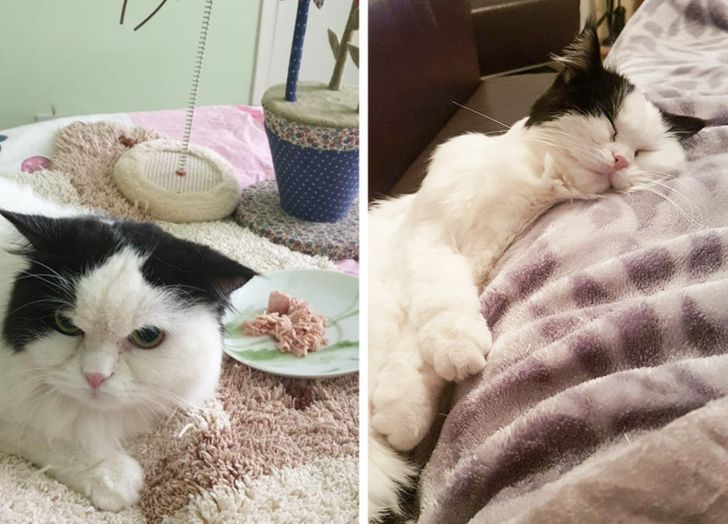 7. After a month of finally being at home and fed well enough, this is how the dog looks like 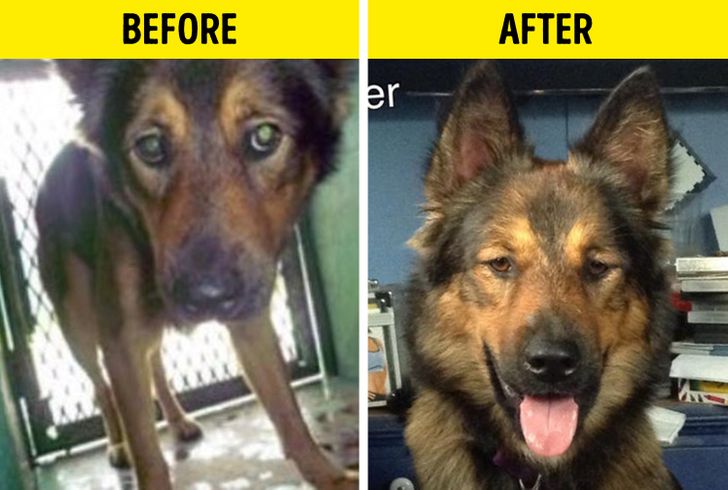 8. Can you imagine these are the same cats? 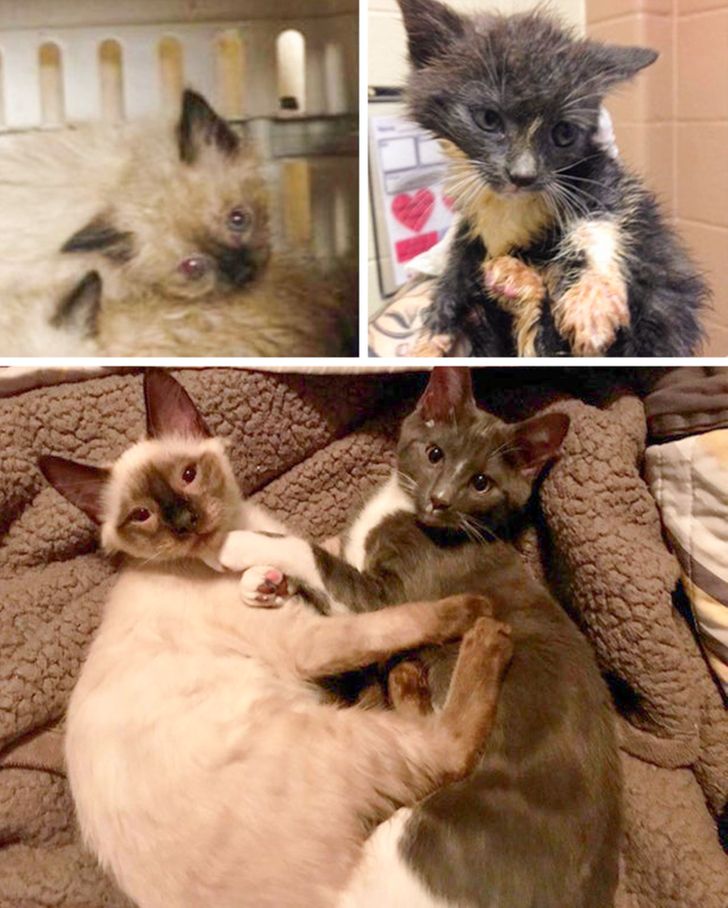 9. A fluffy difference is all you can see before and after adoption 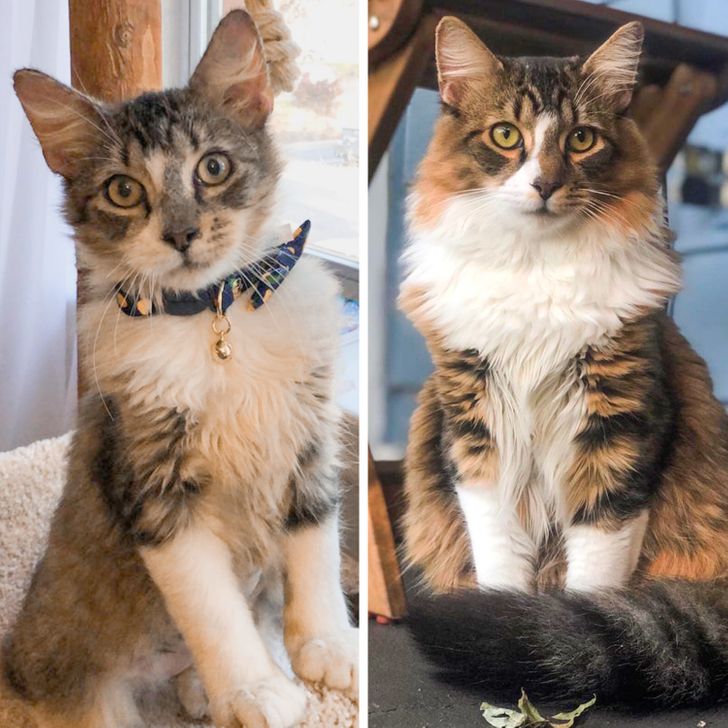 10. “My beautiful girl Dani the day we adopted her vs Almost one year later. She is the happiest derp. And I love her SO much.” 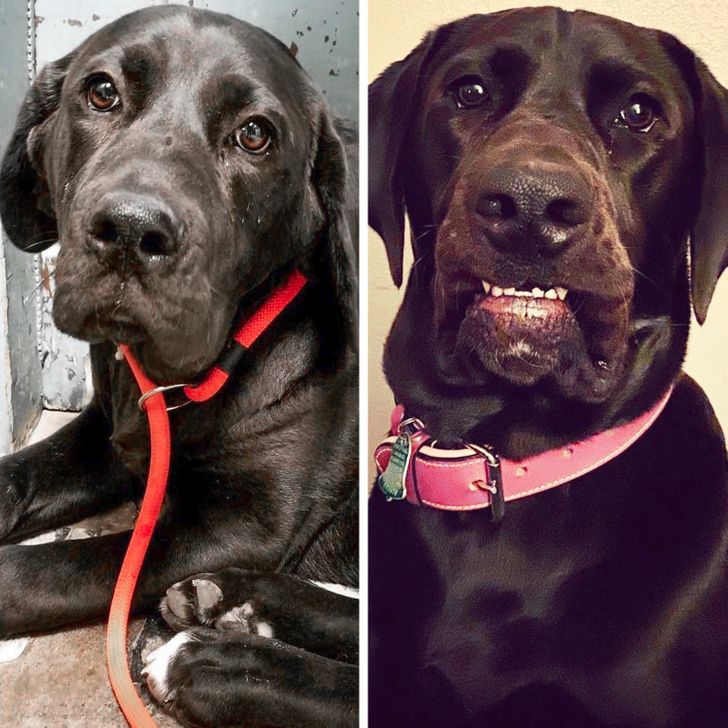 11. After 6 months, she is a lot more braver and have lots of cuddles that she’s offered with 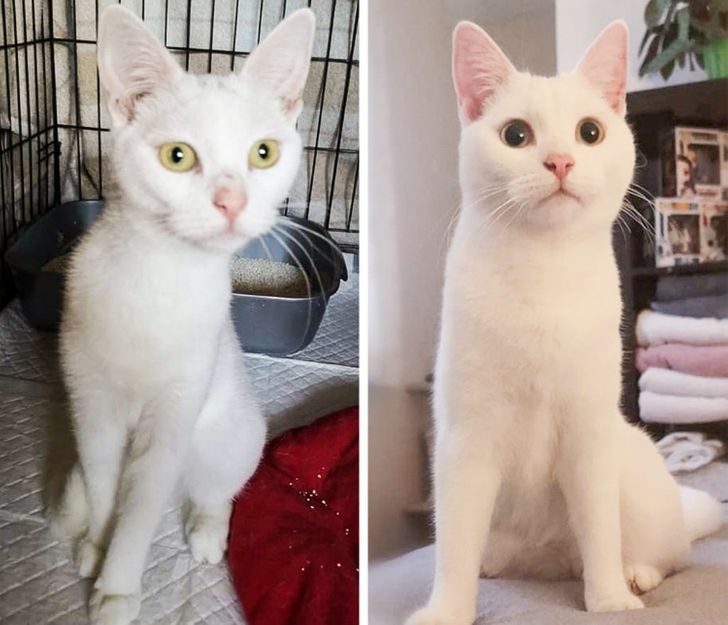 12. Prue now has a queen-size bed, a lot of love and food, she is the happiest 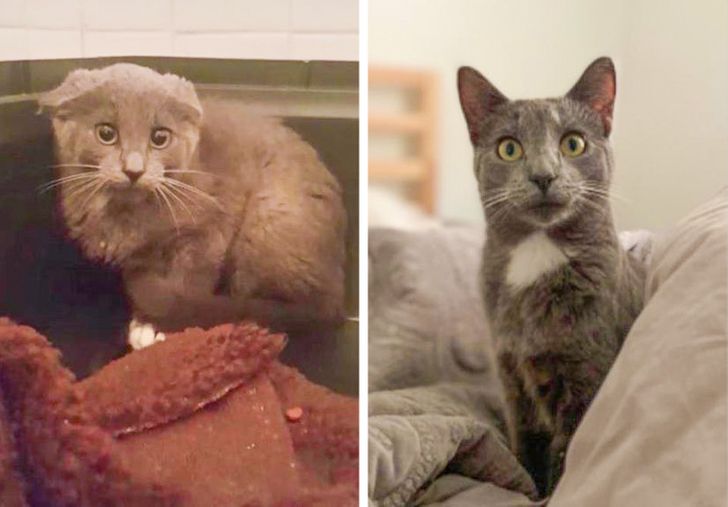 13. When Lupita was 2 months, she hunted rats. Now she’s grown up to 9 months and chews cables, big difference. 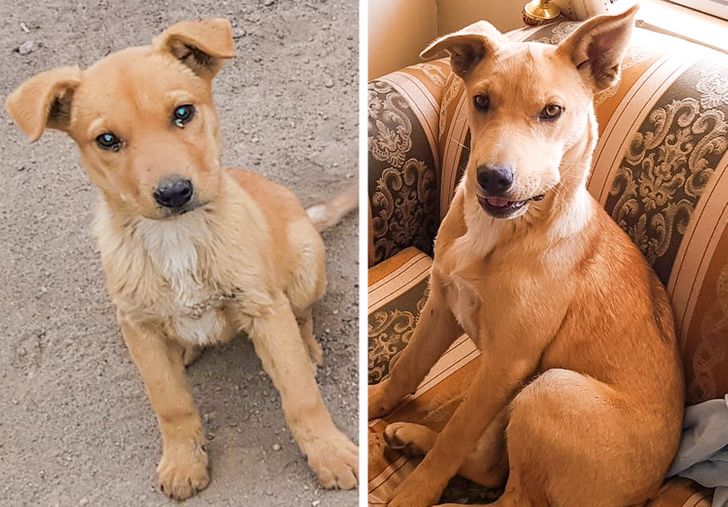 14. “Found my poor sweet bub wandering my side of the mountain with his brother while on a 4-mile hike. Almost a year later and he’s the happiest boy. My coworker found his brother a loving home as well!” 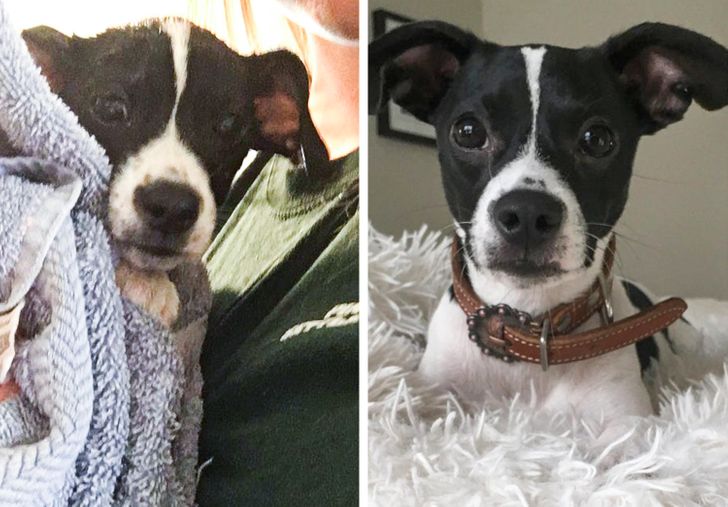 15. See before and after extra difference; extra fluff 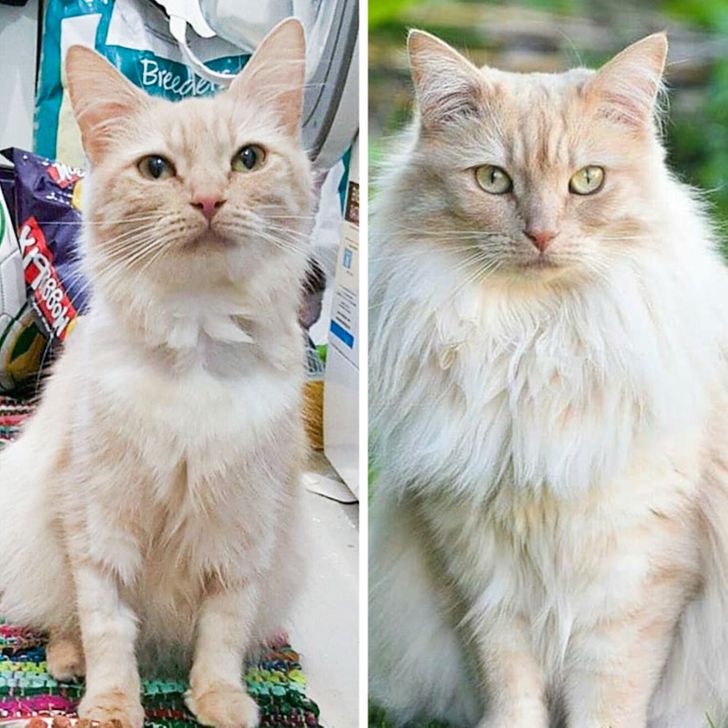 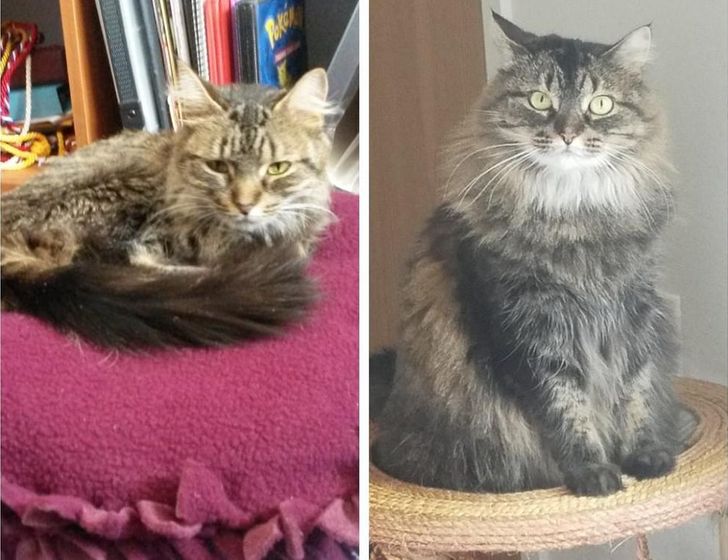 17. She was abandoned due to a minor skin condition, she was adopted and recovered, now she’s the sweets girl alive 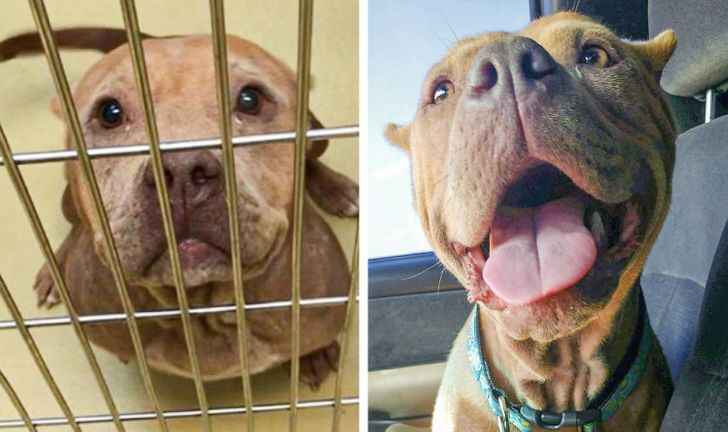 18. Marley and her puppies found a new home and she is living he dream life now 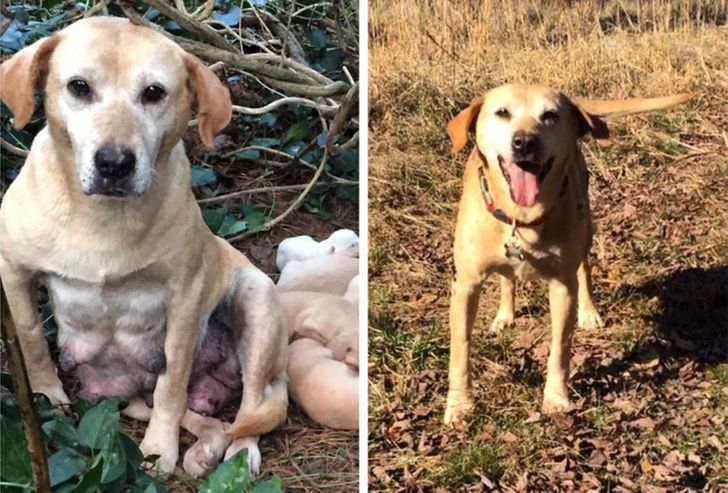 19. After finding a forever home, that’s the glow you have 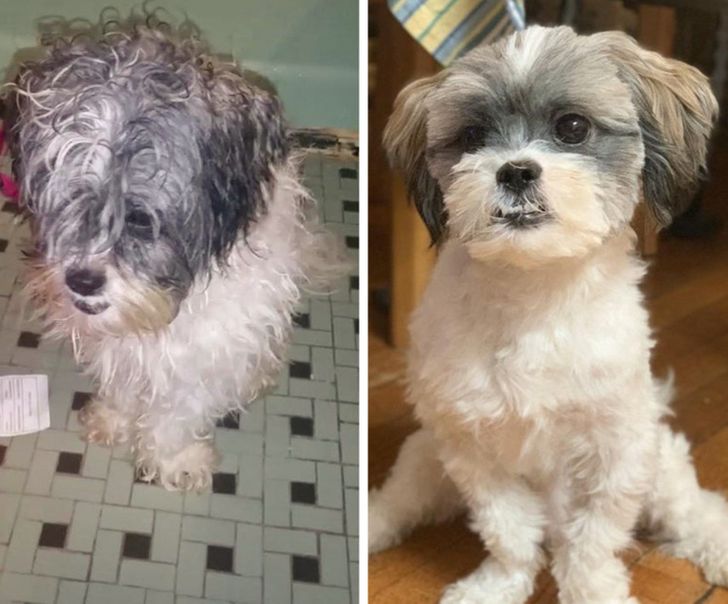 20. Puppy being the happiest after being adopted 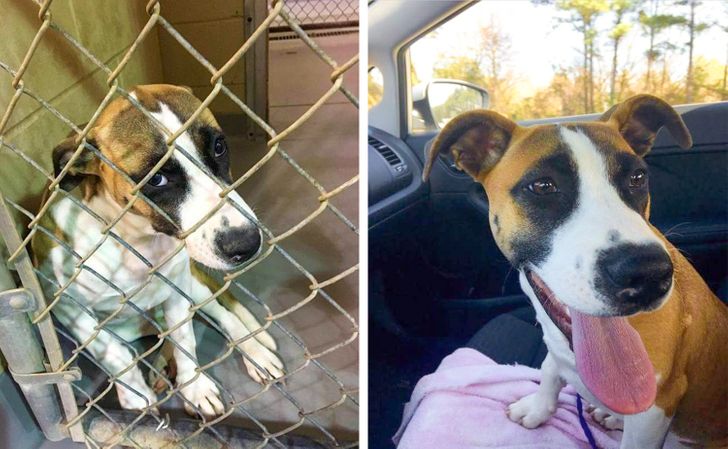 We hope you enjoyed this content and laughed off your worries about these cute animals’ acts. Some of them were really cute, I am wondering how blessed are the owners. It’s always so wholesome to see your baby growing over all these years and becoming cuter. If you have pets at your home, they must do such cute and adorable things too, if you have anything captured before and after photos in the right moment of your pets, do share it with us in the comments. If you want more cute pet content coming your way, keep visiting defused and stay connected for more. Don’t forget to share this with your friends and family. Stay blessed.