People think adoption is an option for children that aren’t aborted.

They have no idea about the horrors of this long and painful process. Children that actually get adopted into loving homes and find people they consider family are very lucky. But most of the children in the foster care system can’t say that for themselves. They are shifted from building to building, switching between different fosters, never being able to call a place home until they are kicked out once they are of legal age. Even when they step out into the real world, they are constantly pushed down by others. Some fall into substance abuse, some end up homeless, and let’s just say it isn’t a very pleasant experience. If you are against abortion, you are just pumping more children into this system, leading to their miserable lives. I thought anti-abortion people cared about these kids.

She shared a photo of a flyer that was given out to potential adopters when she was a teenager.

She was never adopted.

She addressed her post to the people who preach that adoption is always an option.

“I debated posting this for a while, I’ve decided to do it because not many people know what it’s really like as a child in the system.

I want everyone preaching “Adoption is always an option!” to read this. I know they won’t, but one can hope.” 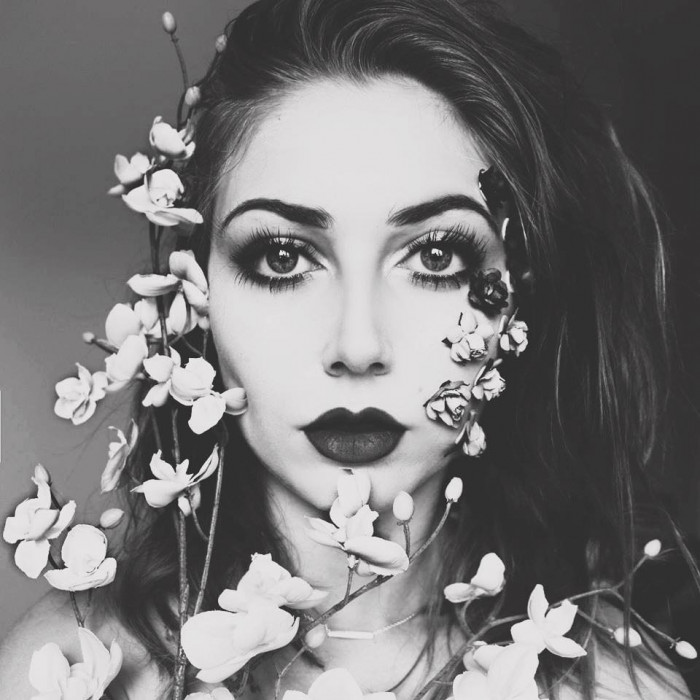 She wrote the figures of the children and teenagers that are in foster care and said that these figures will continue to grow if they ban abortions.

“Let me start off by reminding you of the 390,000+ children and teens in foster care, 100,000+ of which are waiting to be adopted. Around 50,000 are placed up for adoption each year – these abortion bans are sure to make those numbers grow so let me share some statistics with you.” 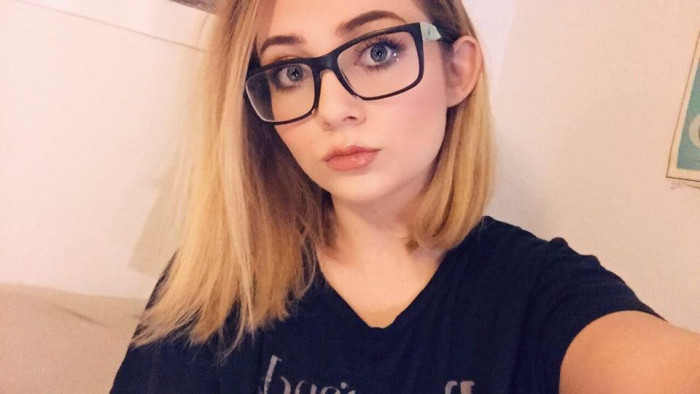 Then she wrote some statistics of the children that finally get out of the foster care system.

“20% of teens who age out of foster care become instantly homeless, with no support system in place.

There is less than a 3% chance that any of these kids will obtain any sort of degree.

1 out of every 2 kids will develop substance abuse problems.

Adopted children make up only 2% of children under 18.” 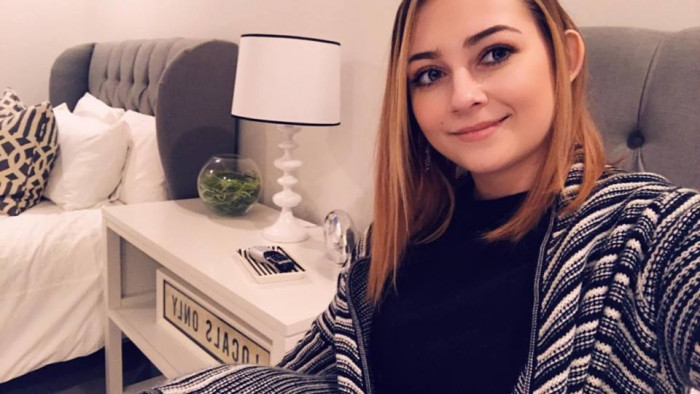 She said she was one of the lucky ones, but not a lot of foster care children can say that.

“What about the rest of them?

I’ll share what it was like for me, one of the lucky ones. Someone who by no means had it easy, but had just enough love and support to make it out alright.” 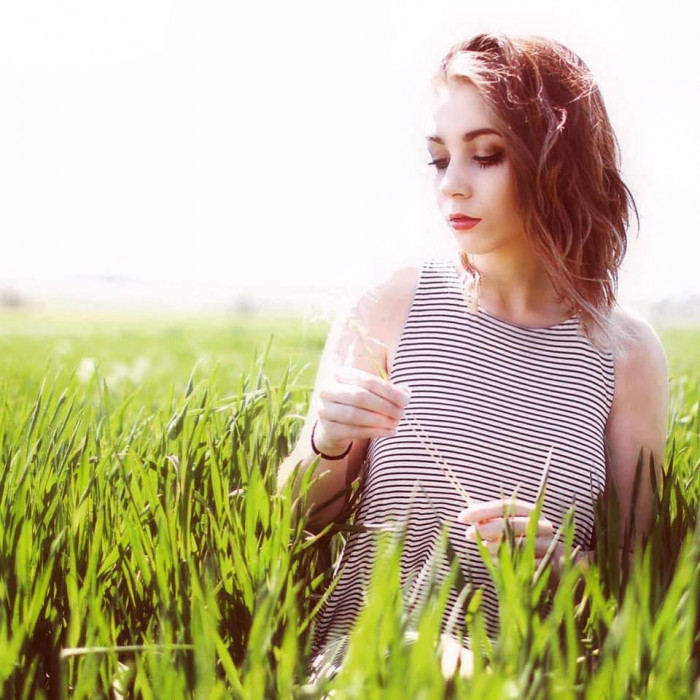 Then she shared some of her experience of spending a decade in foster care.

“The photo attached is an actual flyer that was handed out to prospective adoptive homes for several years through my teens. I was never adopted.

I spent a decade in foster care, bouncing between “homes” with strangers in places I’d never known before. With no warning, a social worker would show up and tell me I’d have to pack my things (the very few I had) and leave whatever strange place I’d kept myself from getting too comfortable in at the drop of a hat. I had no say in the matter. New school, new unwanted life – overnight.”

I can’t imagine someone so young going through all that.

“There was never any telling what the next place would be like.

A few times there were no homes for me or open beds in group homes or youth shelters, so I’d have to sit around or on the floor of a cubicle in the same DCFS building I’d always return to right before my life was complete chaos again, until a home was found. I lived in a few good homes and with family intermittently when I could – but I was also abused both physically and sexually in two separate foster homes and had moved dozens of times by the age of 18.” 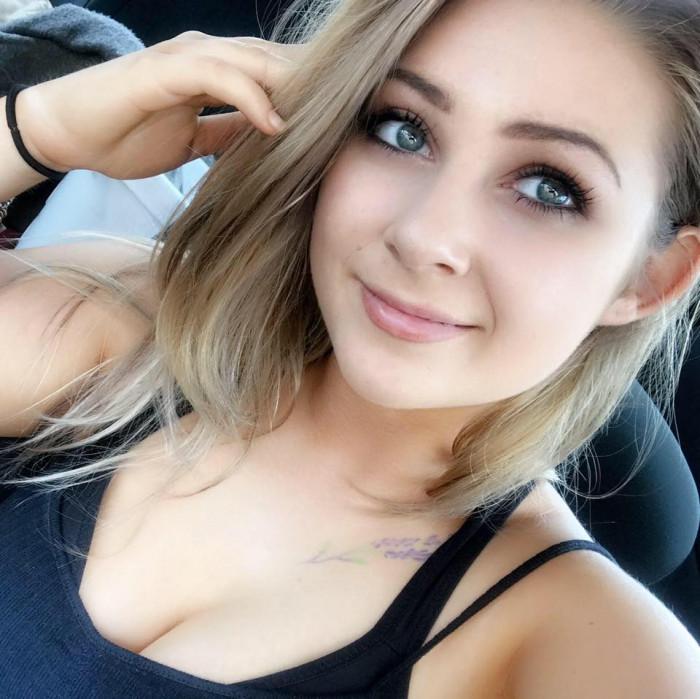 A lot of foster parents neglect the children and use the checks given to them for their own personal use.

“I watched my foster parents receive checks that were designated to feed and clothe me, and spend them on just about anything else. I was hospitalized at 11 years old due to malnutrition and a swift blow to the head, then lied to the police because I was afraid of what would happen to me if I told the truth about how I got there or why I was covered head to toe in bruises.

I learned that speaking up only creates more problems. So I kept my mouth shut.” 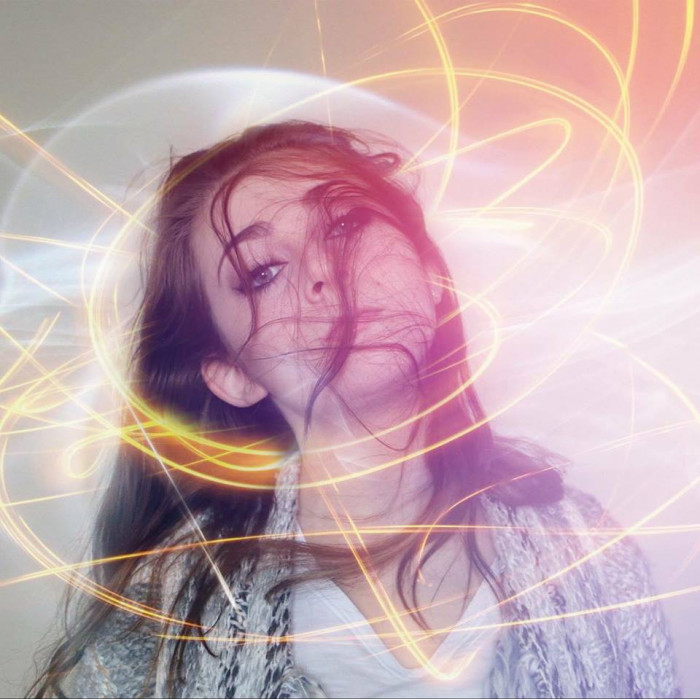 This is how a child feels that is born into the system, with no other option.

“I watched a foster parent take in 5 special needs children, and a few months later add a deck, new sunroom and hot tub to her house with money from the state. She later lost her license when it was apparent that she was neglecting these children.

I’ve seen these situations over and over, I’ve also lived them.

I spent ten years feeling unworthy of love, unwanted, and waiting for the next bad thing to happen to me. This is just the beginning of it all.” 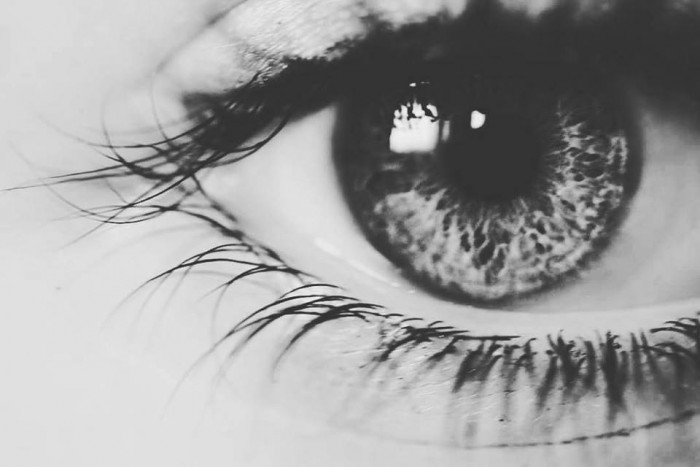 However, she was one of the lucky ones to have a good life after coming out of the system.

“I emancipated out of foster care at the ripe old age of 16, and by 17 I was a legal adult living in my own apartment. That was the first time in 13 years I had my own bed, and it felt like the first time. Fortunately, my life since then has been pretty dandy – unlike the lives of most teens who age out.” 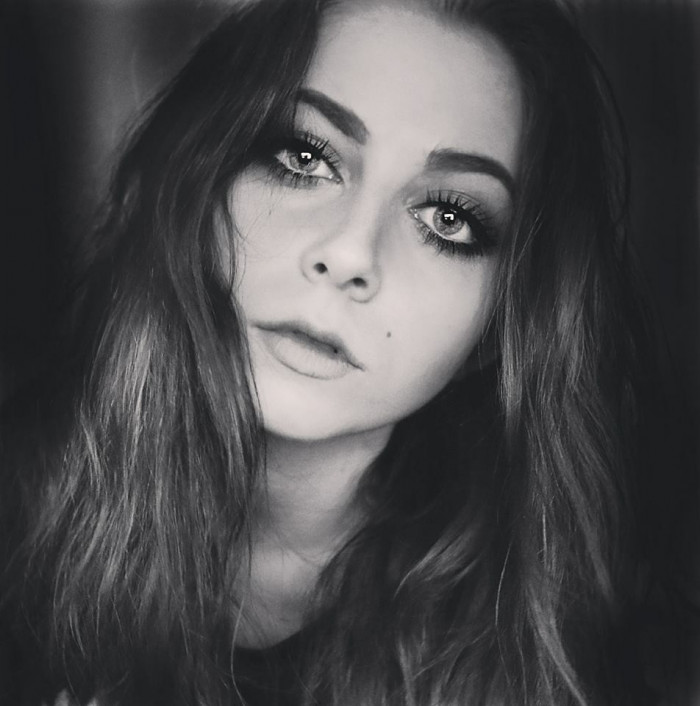 The kids you are forcing to be born will feel all of these things, and it won’t affect you one bit.

Knowing that nobody is in your corner. That you have no place to go.

Well, I’m glad you don’t and you never have to.

But those kids you were so adamant about before they were born? A large number of them will.” 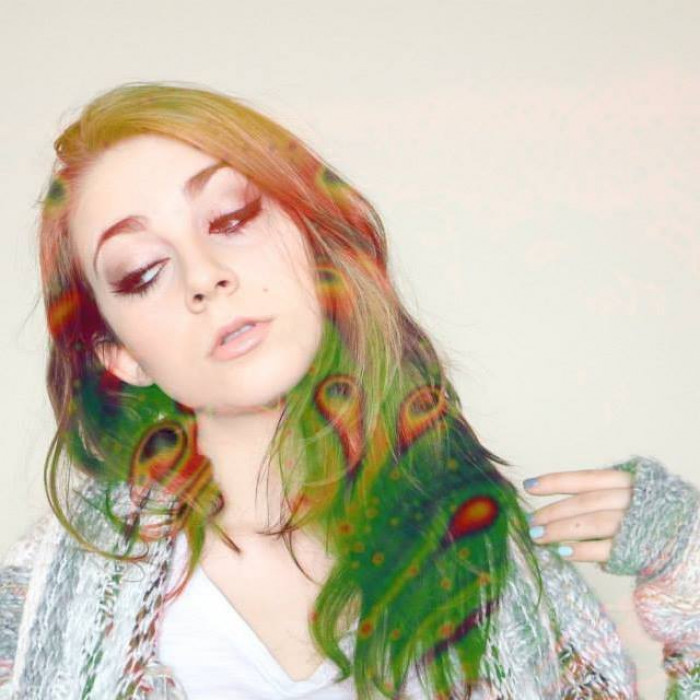 This is the reality of children that are given up for adoption.

“Are these those “rights” you were talking about?

A life is not saved just by letting it be born.

Not being able to leave your foster home unless escorted by a social worker or foster parent?

To be unable to live a normal life?

To be fully unprepared for adulthood with no safety net or support?” 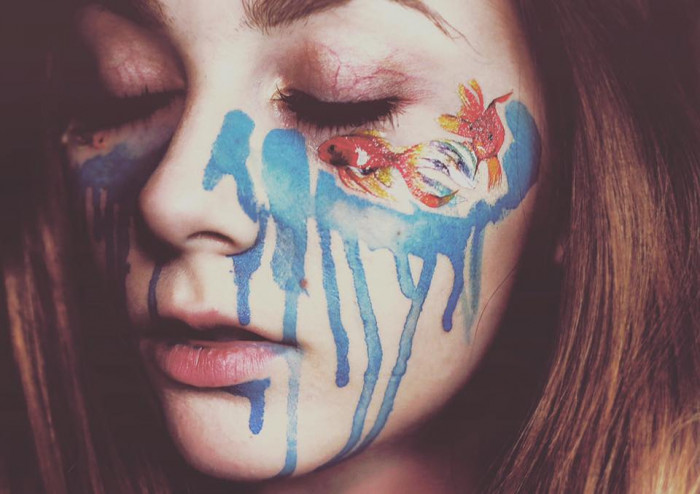 All those children will never know what it is like to have a family.

“This isn’t just *my* reality. This is the reality of hundreds of thousands of children who still face this every day, and the many more who you are signing up for this.

A potential lifetime of loneliness, fear, neglect, worry, and heartbreak.

I dare you to say “adoption is always an option” to any of the several tens of thousands who have been waiting patiently for years for someone to come along and give them the chance to define the word “family”.” 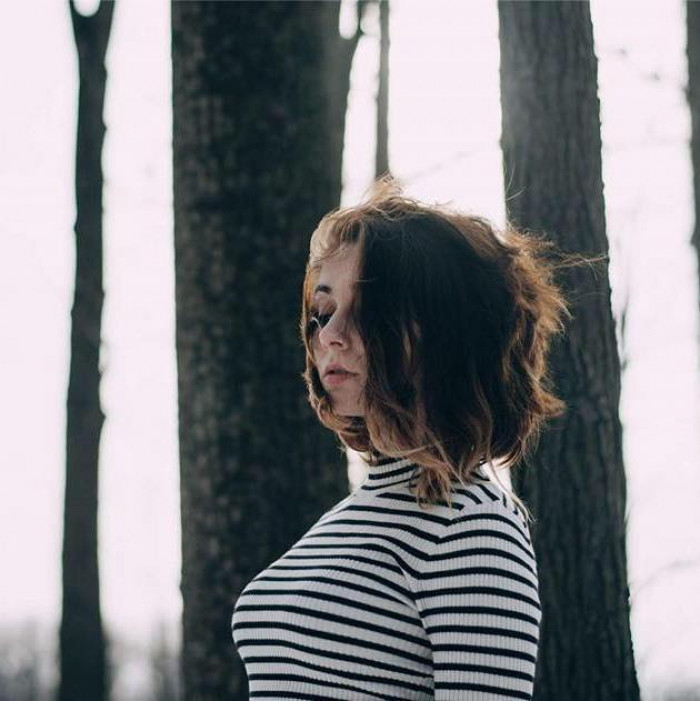 Stop trying to force mothers to give birth. It is none of your business.

“Forcing mothers to give birth under the guise of some false promise of adoption is wrong, for every party involved. Nobody is forcing you to have an abortion, stop making decisions for others and stay out of other people’s uteruses.

This is the message I am trying to send by sharing my story.”

She said she doesn’t need sympathy, but those kids do.

I’m not sharing this because I want sympathy. I don’t need it. But those kids? They do. Their voices are unheard. And soon there will be more out there that your “hopes and prayers” will do nothing for – so please, take action now.

Kids should be in homes with families that truly love them.

If you’re so adamant about kids being born – go through the process and adopt some yourself.

(If you truly believe the point of this post is to say I wish I had been aborted, please stop reading between the lines and finding things that aren’t there. You have missed my point if that’s all you take from this)” 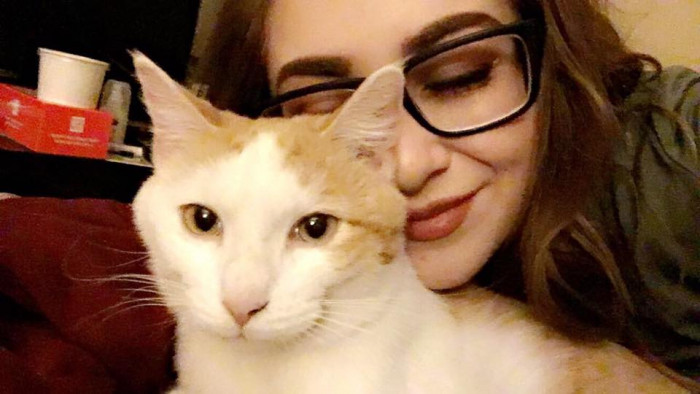 She also guided people on how they could help make a change.

“If you want to know how you can help, just ask.

After a lot of support, Olivia started a GoFundMe so she could use her photography skills to help these children.

What are your opinions on abortion and adoption? Do you agree with Olivia? Share your thoughts with us in the comments below.