I think it is safe to say that majority of the children have grown up watching cartoons. There are many classics out that there that even the Baby Boomer generation recognizes. One of them being the Tom & Jerry cartoon. What a classic series. And then you’ve got amazing characters that, I am sure, are closely bonded to every kid’s heart. Let me get you all nostalgic by naming some of them. Scooby-Doo, Dexter, Jerry, Courage the cowardly dog, Garfield, Thomas the train, and the list goes on and on.

Garfield was a very attractive character. A protagonist cat who is very much like us. The Persian/Tabby orange cat was portrayed as a lazy, fat, cynical cat who loved eating Lasagne and sleeping, and absolutely hated Mondays and exercising. After knowing all these traits and habits of Garfield, I started feeling less ashamed of myself. lol!

Since the character’s birth in 1978, there have been many takes on the orange tabby, and today I’ve got a rather spooky one for you guys. Horror artist Will Burke has got a creepy rendition of everyone’s favorite Garfield the Cat. Will has a very spooky drawing in which Garfield is looking at Jon, and it is absolutely creepy. That drawing went viral upon being shared on the internet. Since then, many artists have taken a part in this displeasing activity of creating a creepy version of Garfield.

Scroll down below to enjoy. 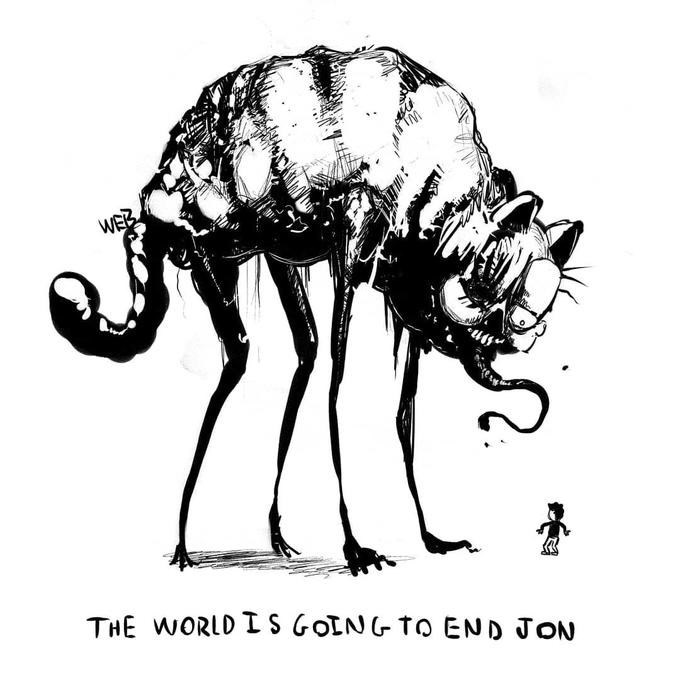 2. That is definitely not how we knew him

3. Is this why are hesitant to explore more of the space? 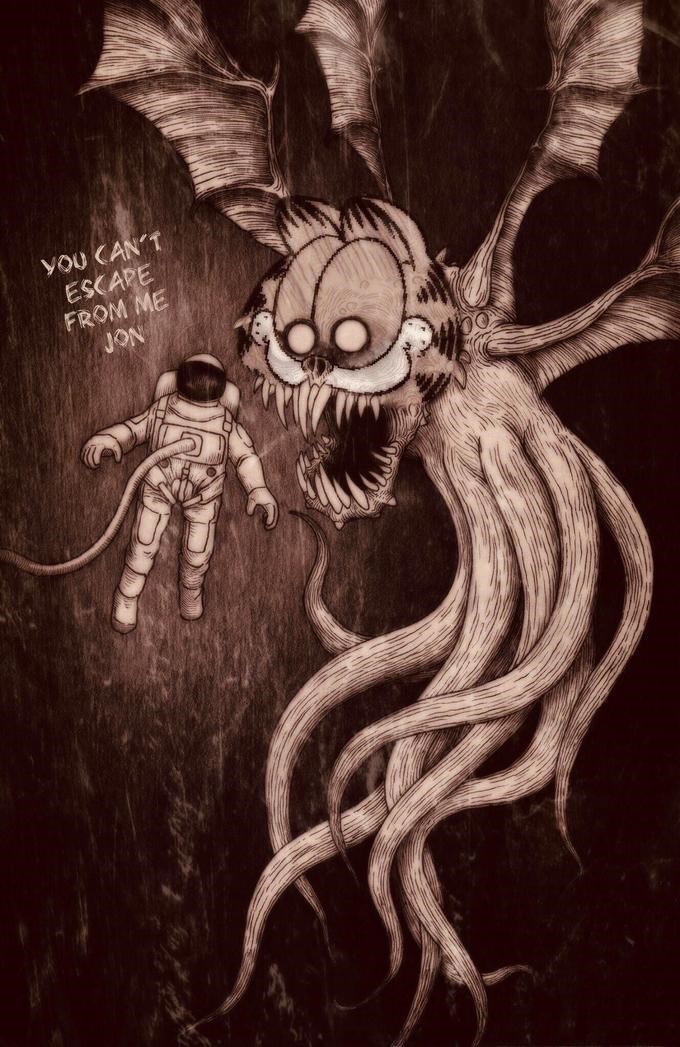 4. An immortal Garifleld who will rule us all 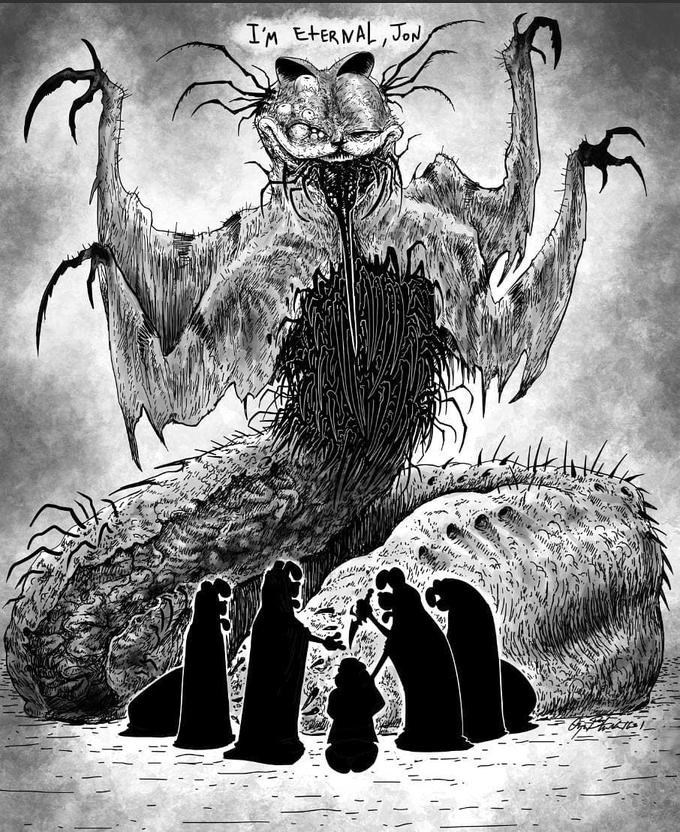 5. Or else you become my Lasagne 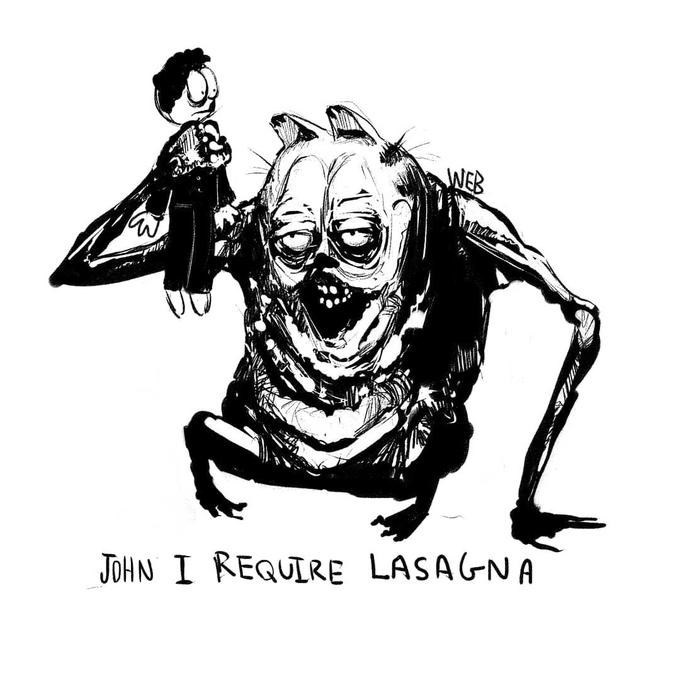 6. Man I am so glad this isn’t how it actual went 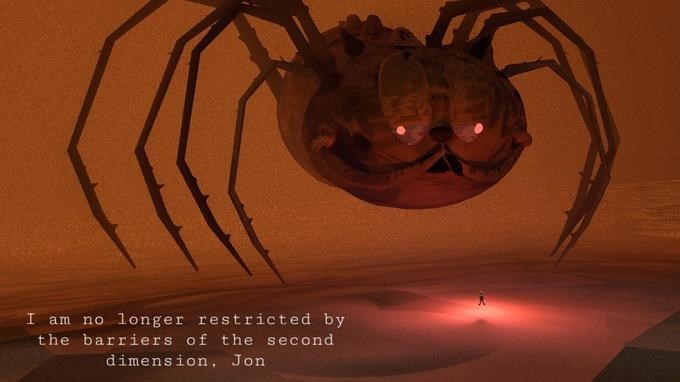 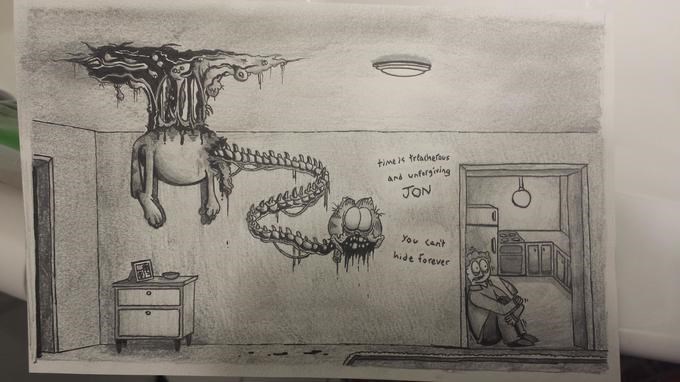 8. An anaconda Garfield? No thank you! 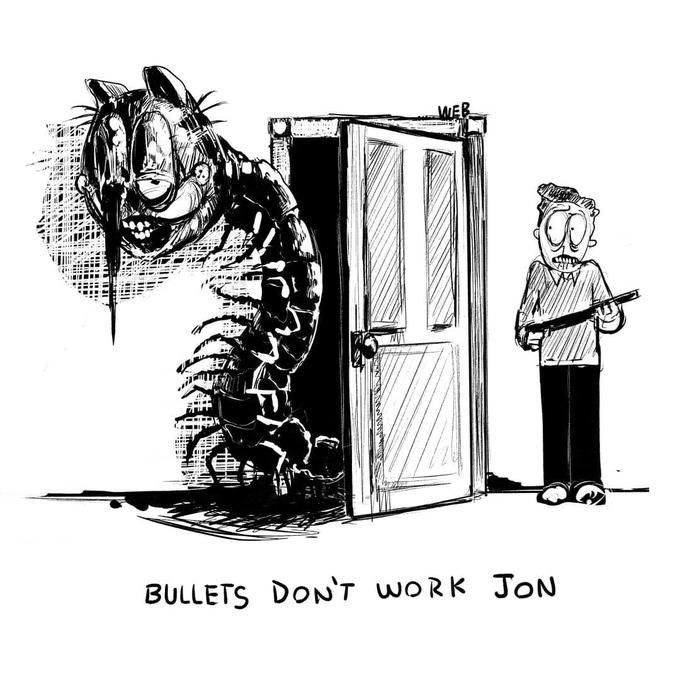 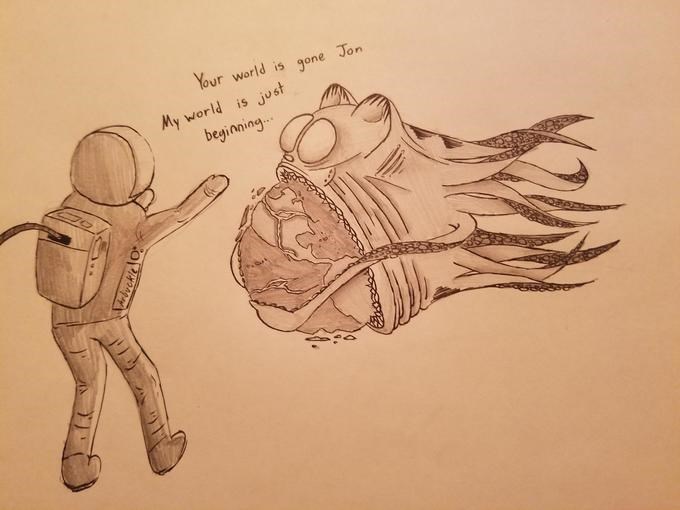 10. Not gonna lie, I’ve seen a spider Garfield in one of my sleep paralysis 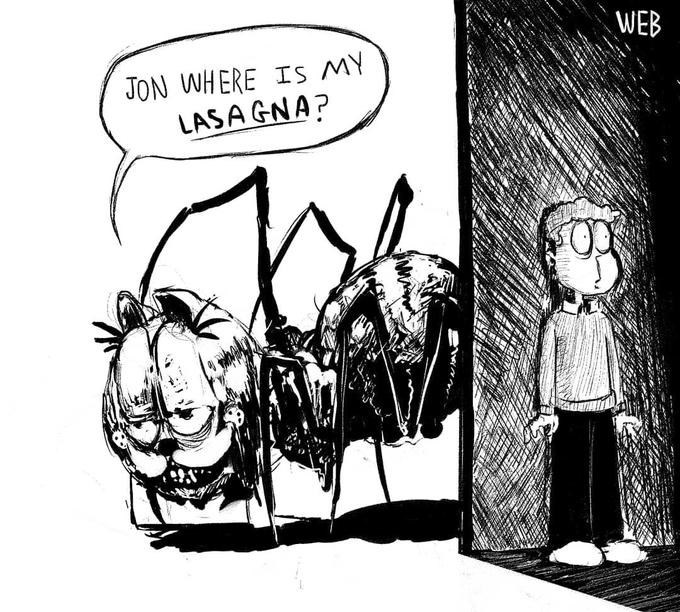 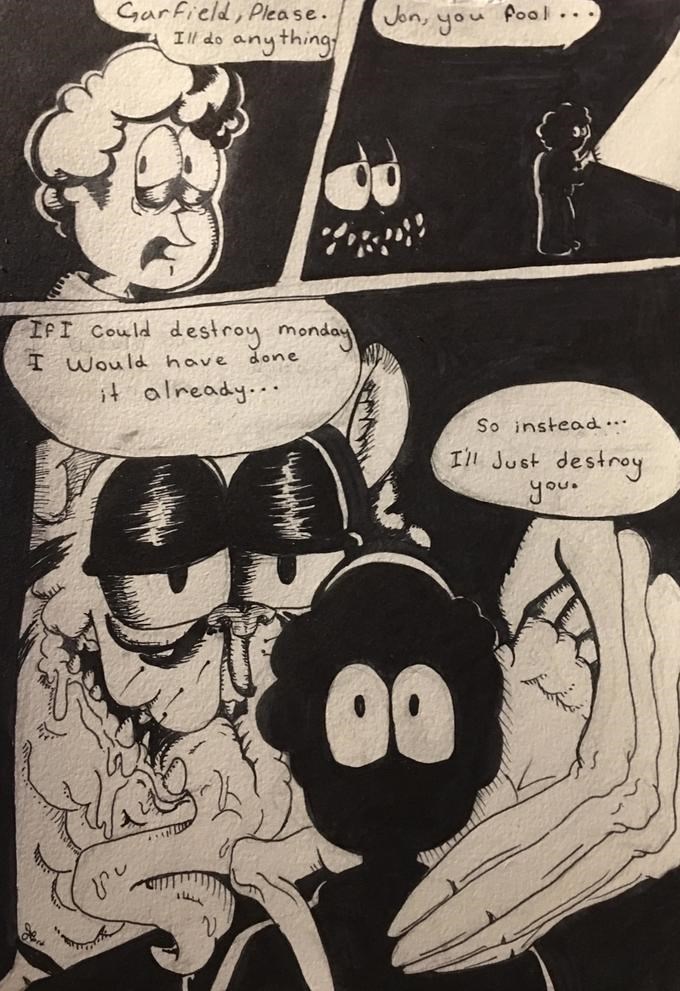 I don’t know what to say, to be honest. Never for once did I imagine that lazy, fat cat like this. This is very creative and I love it for that factor. Has Garfield been ruined for me? Absolutely. But I must say, he does look kinda cool in this persona. Because it’s always the lazy ones with the wildest dreams running through their minds at all times. Maybe this is what runs through Garfield’s mind, his true potential.

See, I just made the show 100x better for you lot. Thank me later. For now, scroll down below to enjoy some more drawings of scary Garfield.

12. I don’t know why but this version of Garfield reminds me of Him from the Power Puff Girls. I used be terrified of that character. 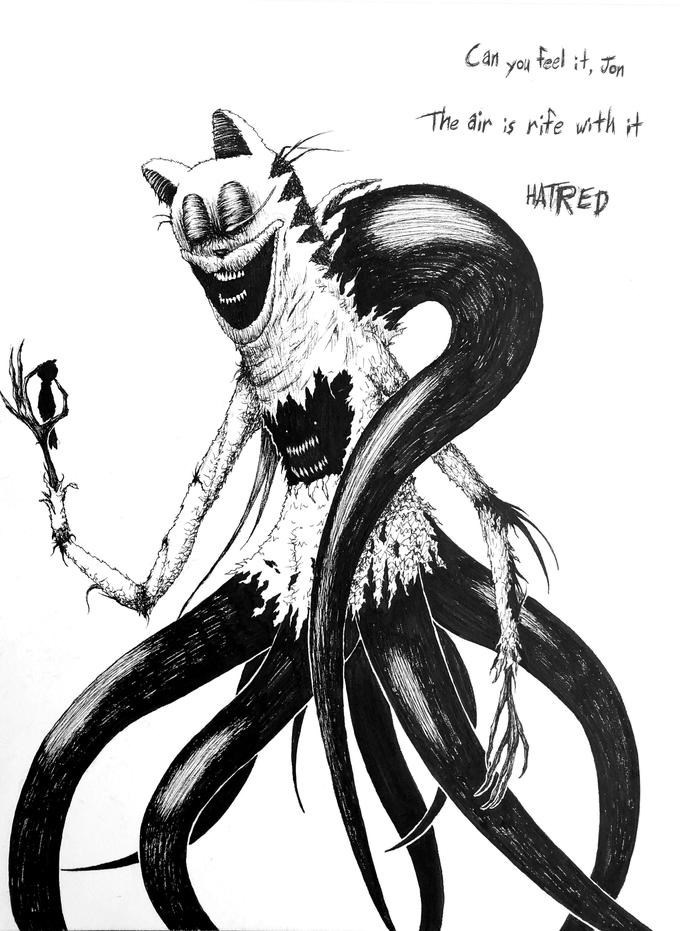 13. A pleasing experience successfully turned into a displeasing one. 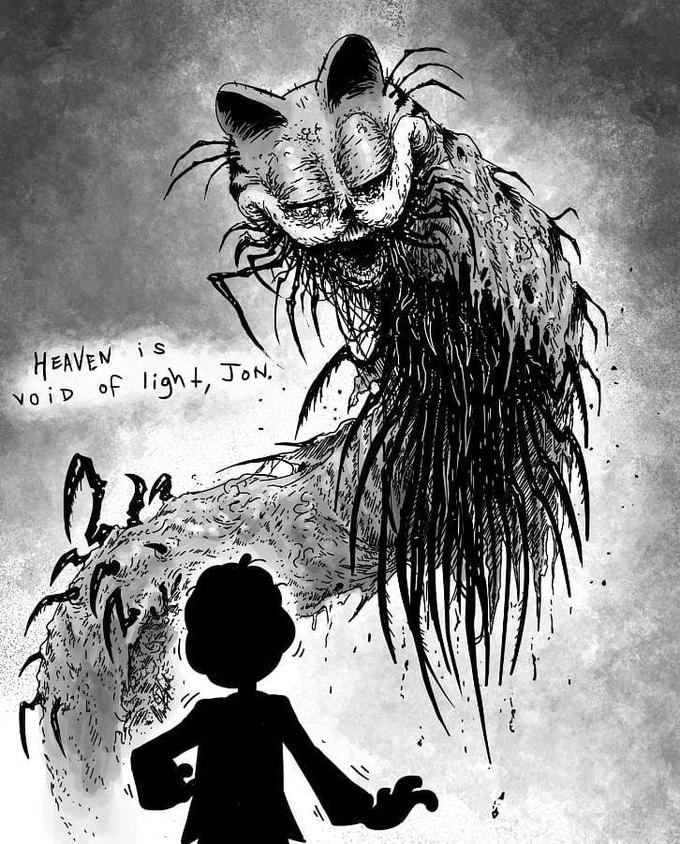 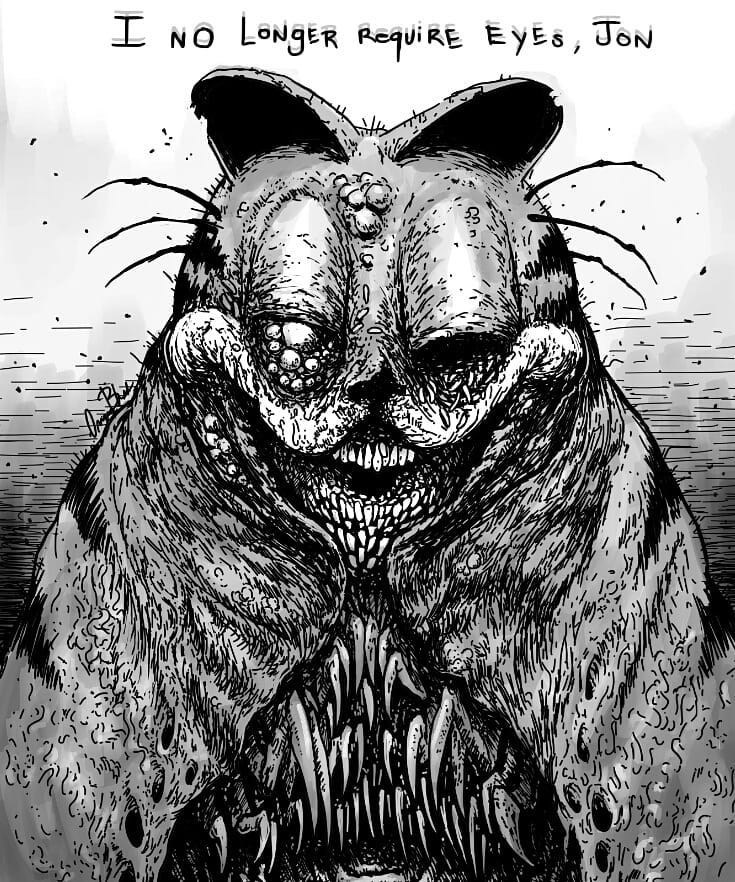 15. Look what commitment do. It can ruin Garfield for us. 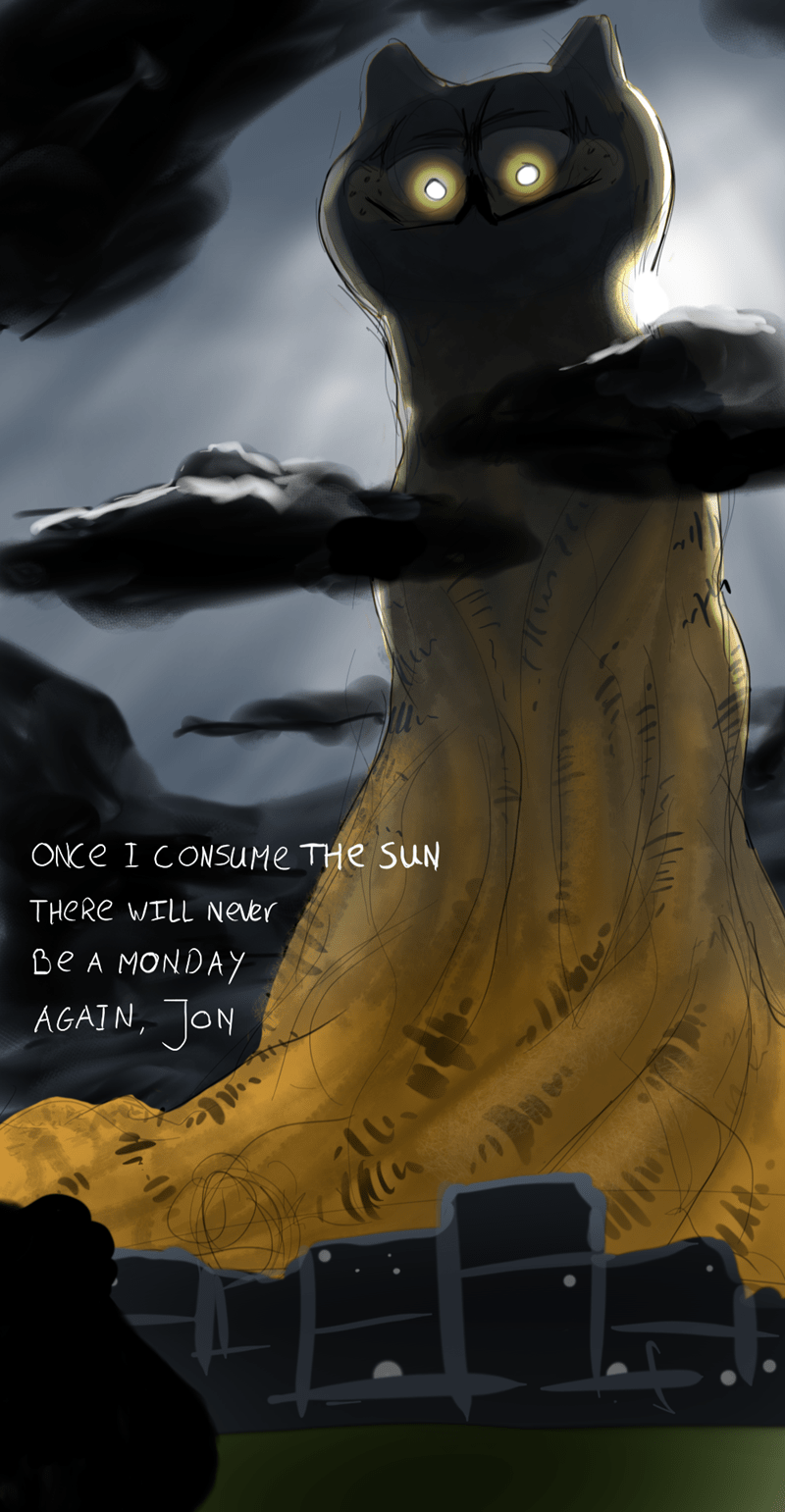 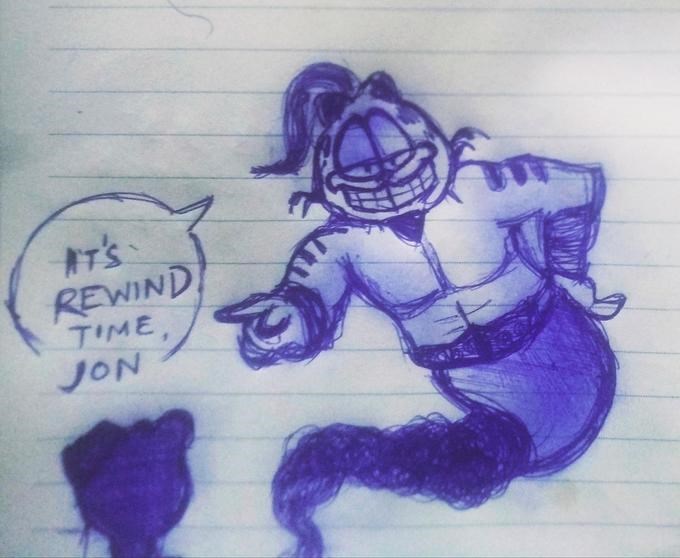 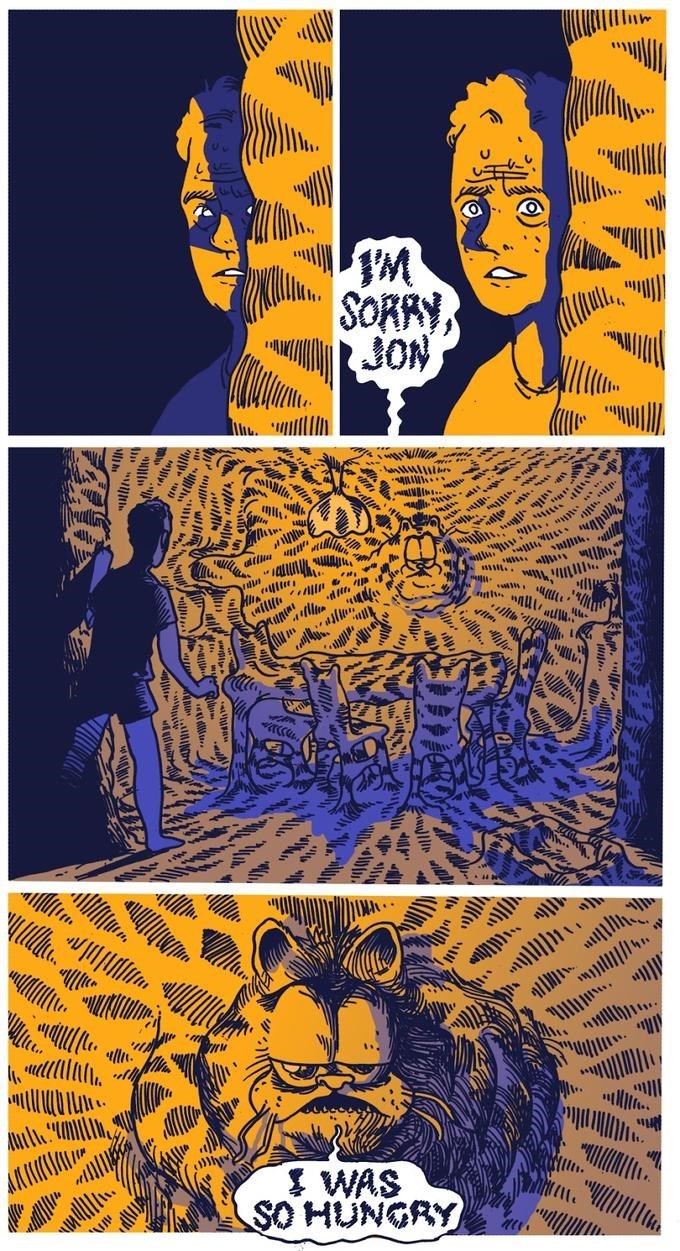 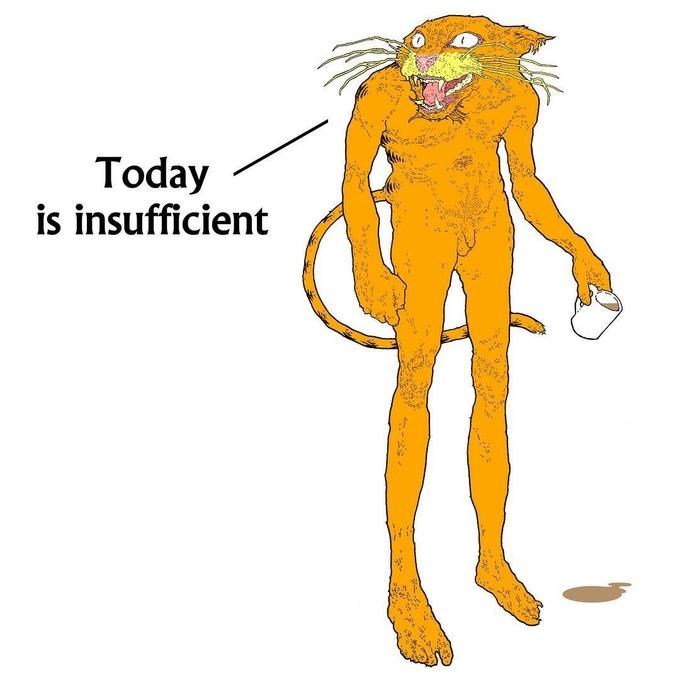 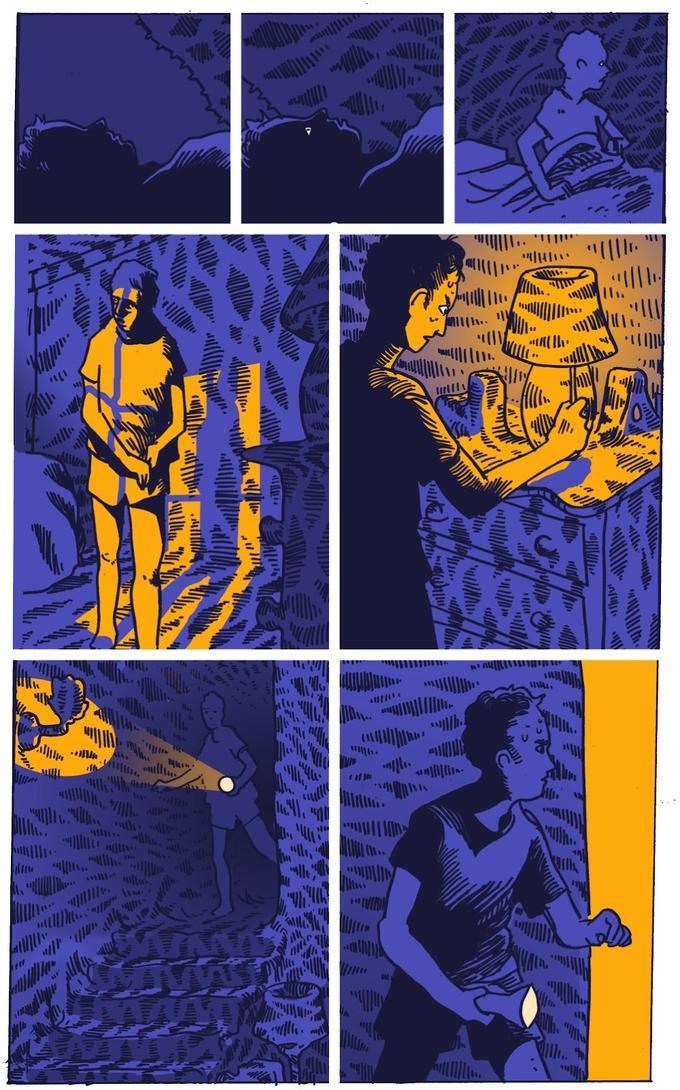 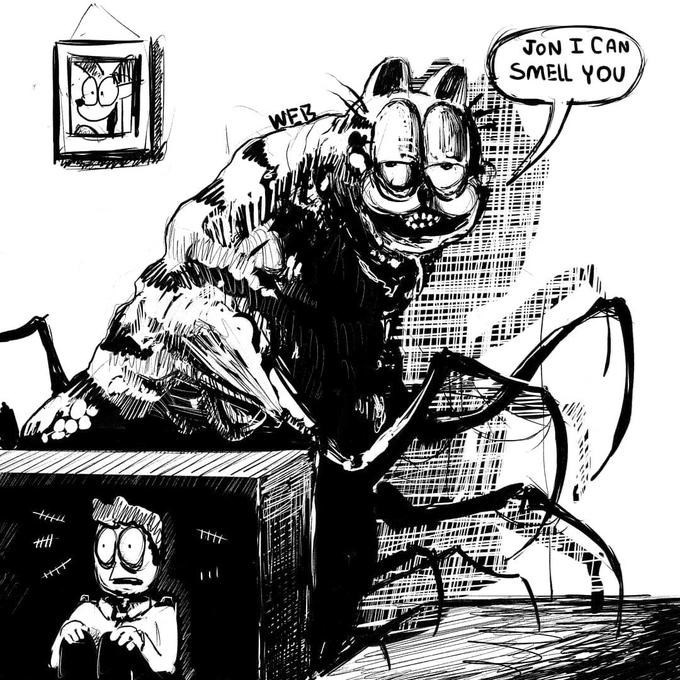 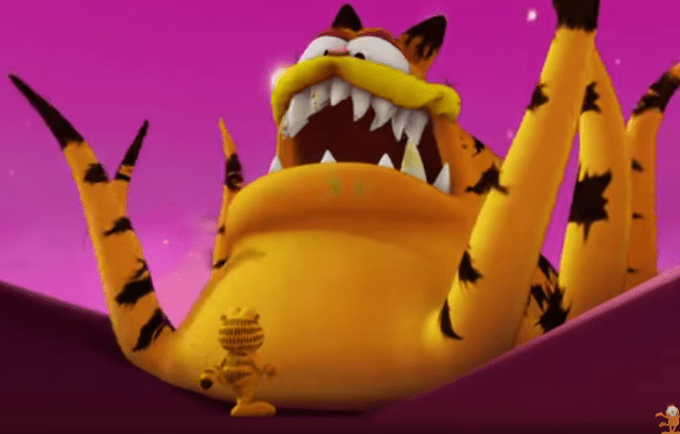 22. If Garfield was the final boss in a game. This is how he’d look. 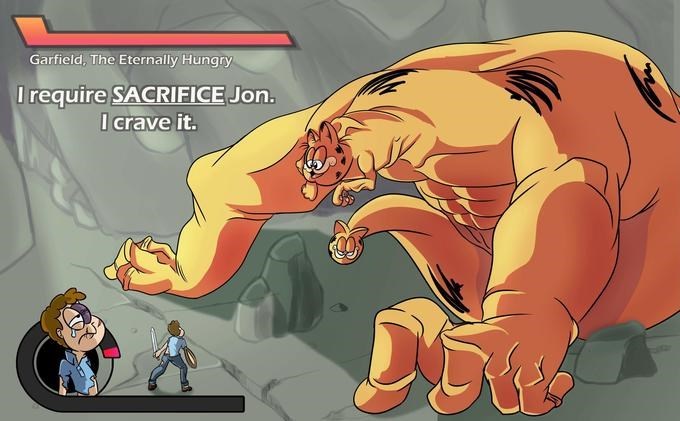 And that is all from the creepiest take on our favorite Garfield the Cat. Gotta give it to these creators for such good creativity. Honestly, I was shocked. Never did I imagine Garfield like this. But some people did, and glad they shared it with us as well.