Uber rides don’t always have to be boring.

I don’t think Uber drivers get the appreciation that they deserve. Some of them make the experience really fun for us. Yes, it usually just consists of them transporting us from one point to another, but every once in a while we will come across a really fun driver who will make our ride unforgettable. Some of them can strike up a conversation with you and display their amazing sense of humour. Some of them take extra steps to ensure your comfort. And some will end up becoming your best friend.

1. “This is my Uber driver Beni. He took me to the hospital and kept me company since most of my family lives out of the state.” 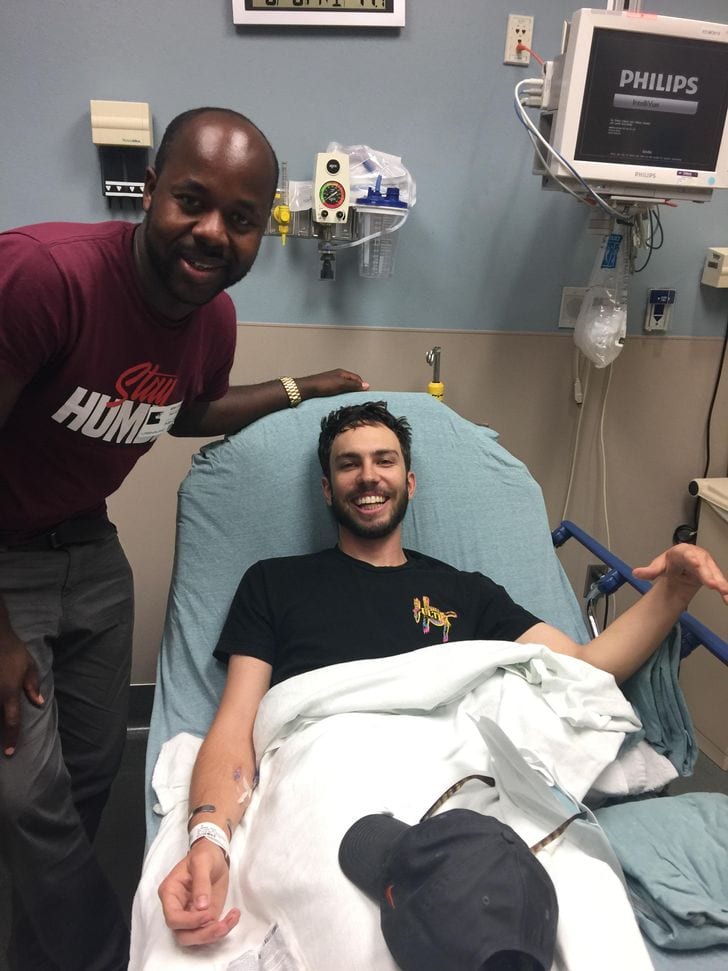 2. Not all heroes wear capes.

3. “The way this taxi driver packed my family’s luggage to take us to the airport.” 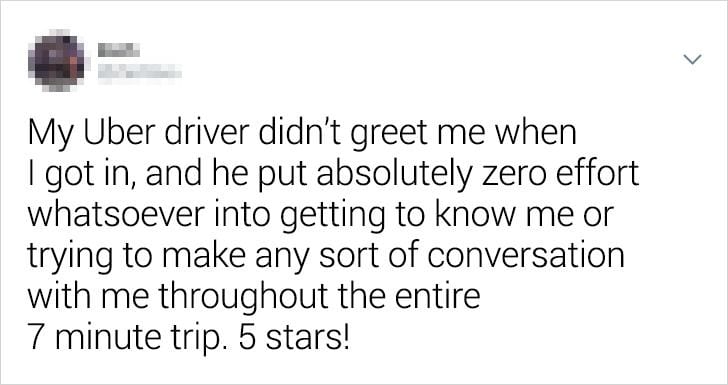 5. “I got in a taxi, and a kitty came to see me from the front seat. I hugged her and she fell asleep in my arms. It turned out that the driver found her last night but he hadn’t managed to go home yet, so the kitty was still in the car.” 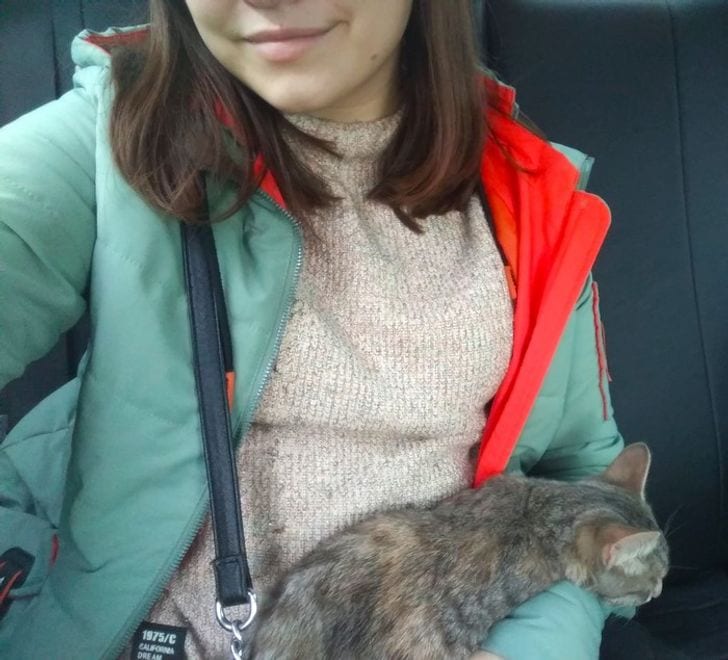 6. This Uber driver has all the supplies. 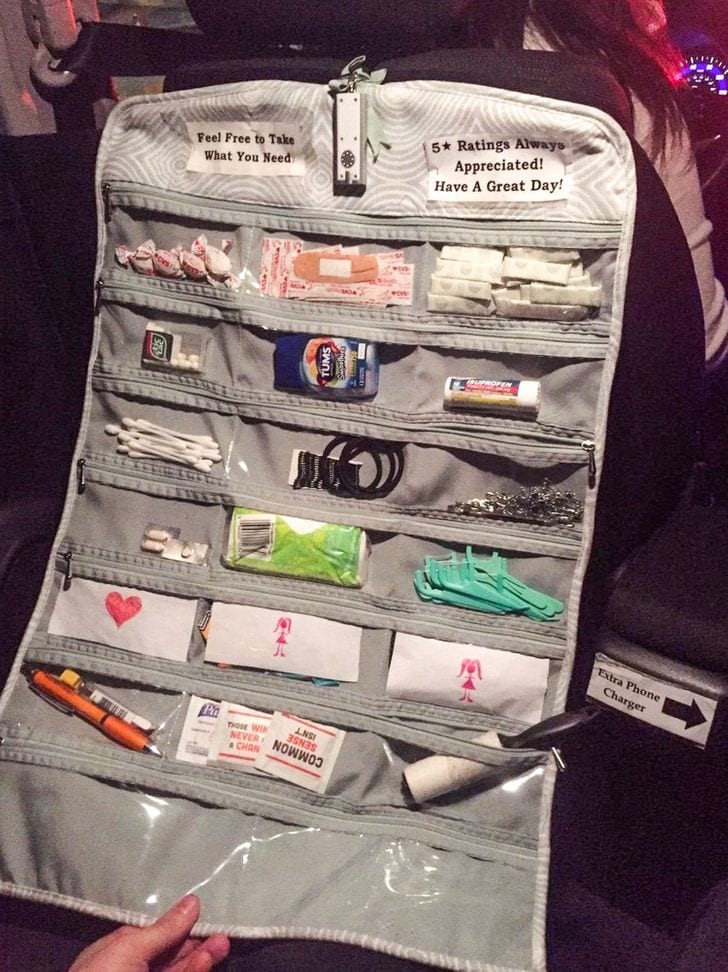 8. “Thanks to this Uber driver, I finally got a chance to play the game I had always wanted to play.” 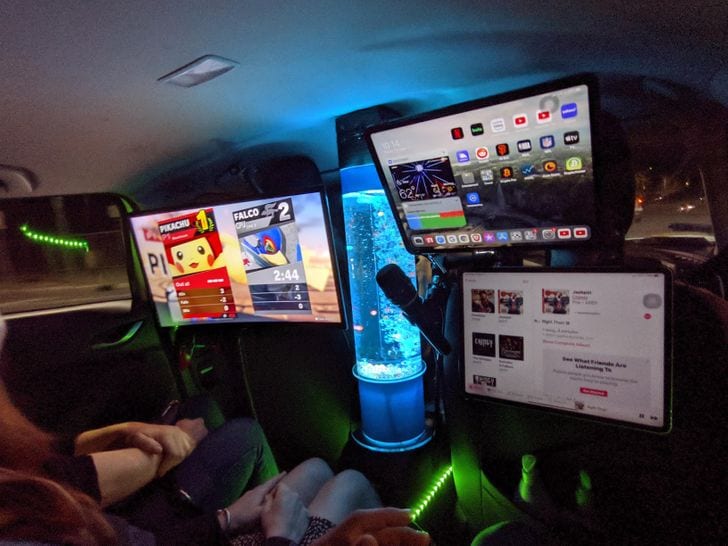 I’ve been afraid to ride taxis most of my life. Mostly because I read a lot of unfortunate experiences that people had on the Internet. So I always had this strange fear of being abducted if I travelled alone on an Uber. However, after reading these adorable stories, I think I should get rid of my fear. There still is hope left in the world.

9. “My Uber driver displays photos of his past passengers’ dogs. Everyone can send a photo of their pet to his email.”

10. This Uber driver is better than most boyfriends.

11. “The driver shared his food with me, because he cannot eat alone.” 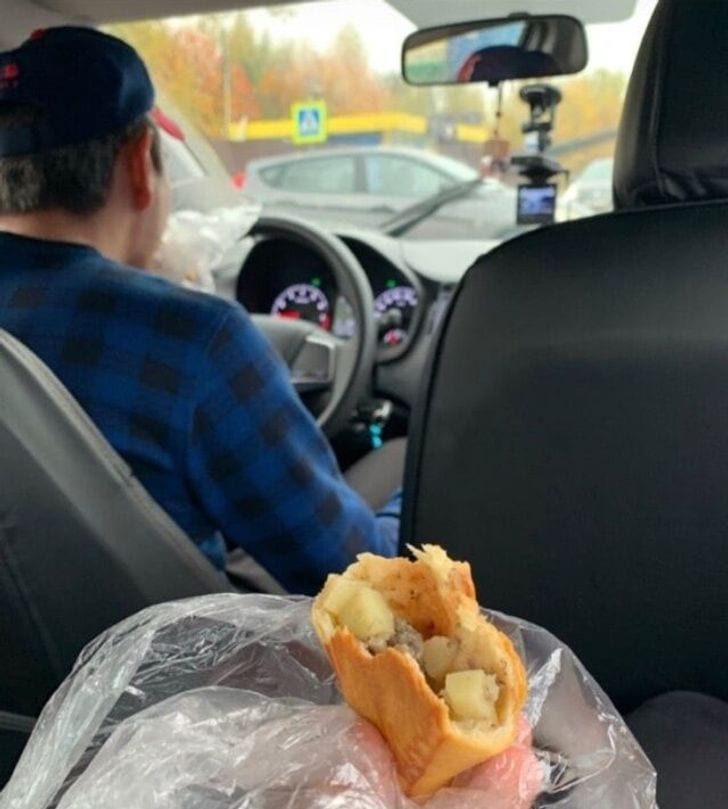 12. “My Uber driver had a pet dwarf rabbit in the car with us last night… Incredibly docile and cute.” 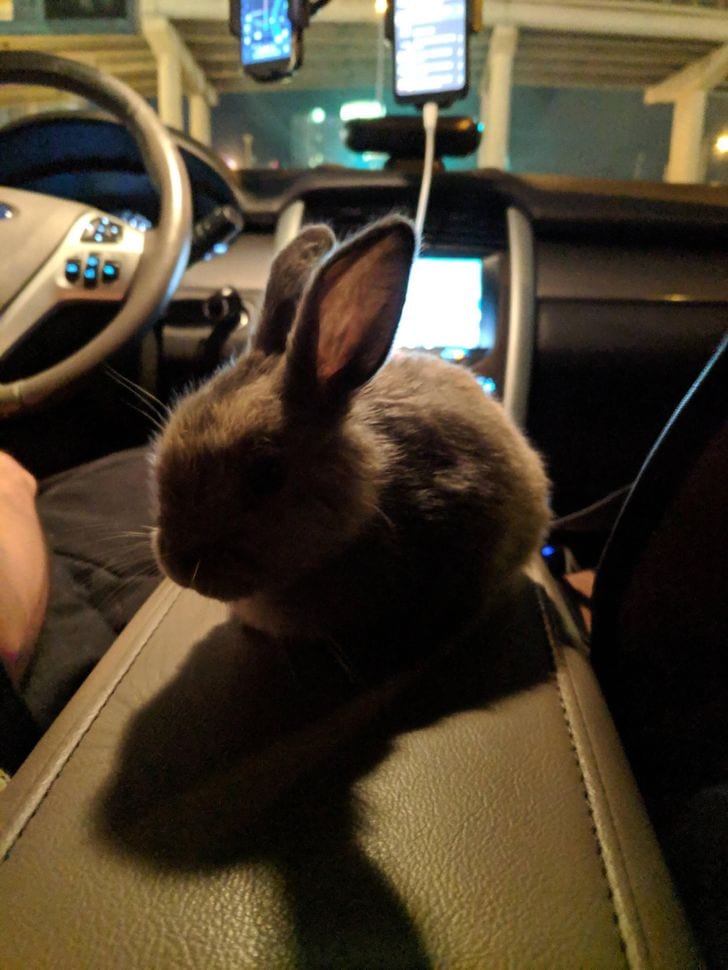 13. “My Uber tonight is so extra! Yes that is a karaoke and disco lights.” 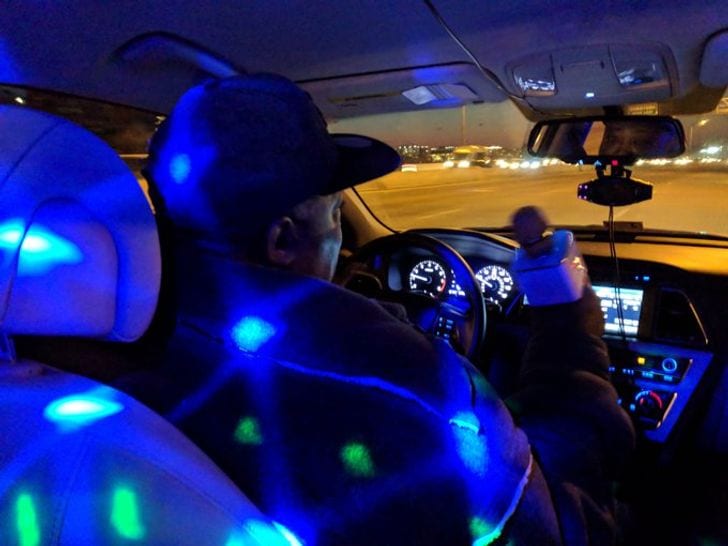 14. “First ever solo vacation and I ended up leaving my wallet in a taxi in NYC. I thought I was going to be homeless. The taxi driver found my wallet, looked at my driver’s license, found me on Facebook, and made sure I got my wallet back!” 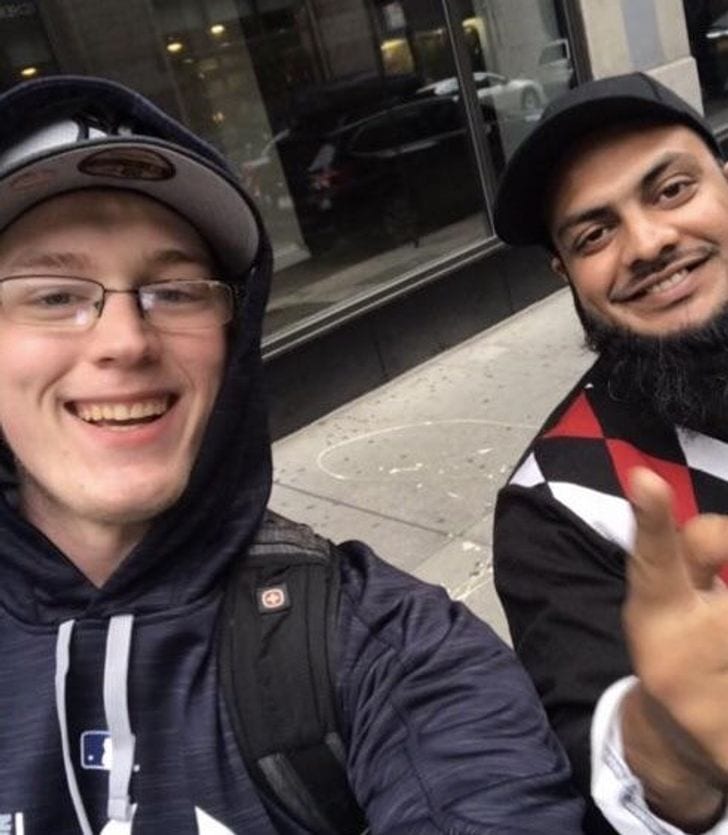 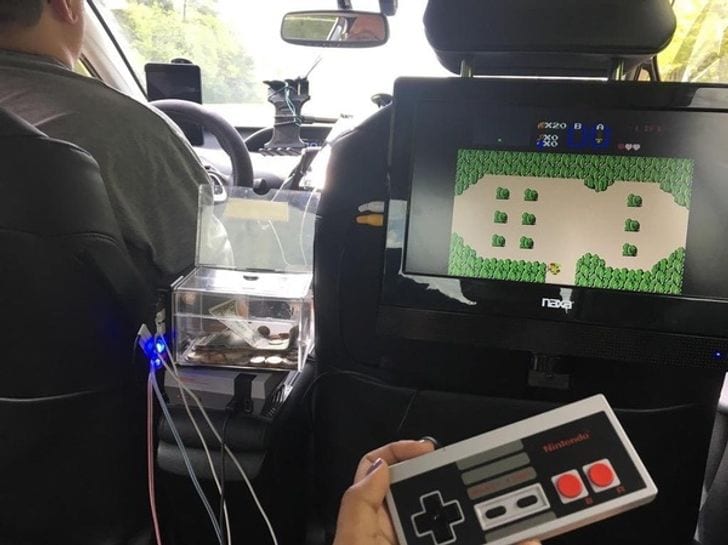 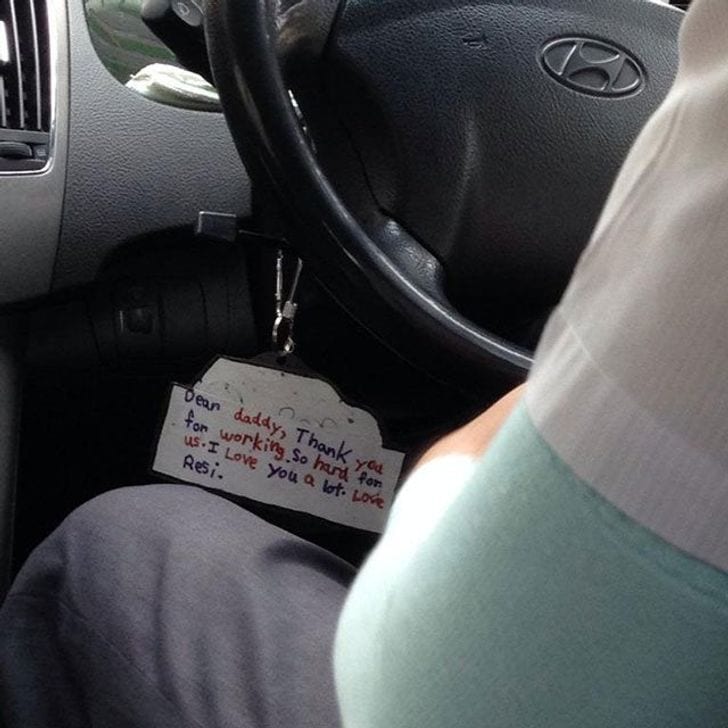 17. “My taxi driver calls to say he has arrived at my apartment building and asks me to bring down a cup of water for his puppy. Meet T2, my taxi driver’s puppy!” 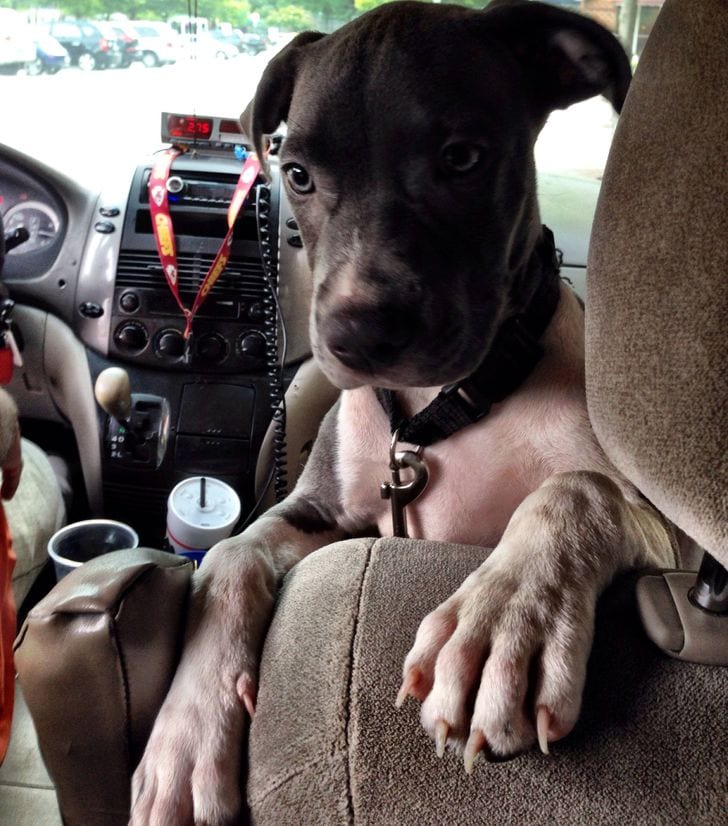 What did you think of these Uber drivers? How many stars would you rate them? Have you had any similar experiences? If so, share them with us in the comments below!