Who lies about having covid?

There have been so many d*aths because of this pandemic that it really is heartbreaking to see. Everyone has had to deal with this situation whether it be someone in their family or themselves. So many people have had to quarantine quite far away from their families and some weren’t even able to see their kids for months on end. So it is no surprise that people would feel angry when people lie about having covid.

After all, covid was the reality for so many people and many of us didn’t make out of the horrible virus without loss. We have already seen people getting blasted on social media once they get caught for either partying in the middle of the pandemic or even lying about having the virus. So it is no surprise to see another one of these stories. But the reason behind the lie was so insignificant and petty that it boggles my mind.

You can read the full story by scrolling below.

Even with just the title, we already know this is going to be explosive.

Just like many companies, this one had also adopted virtual methods for work.

However, their boss was nowhere to be seen during many of the starting weeks. 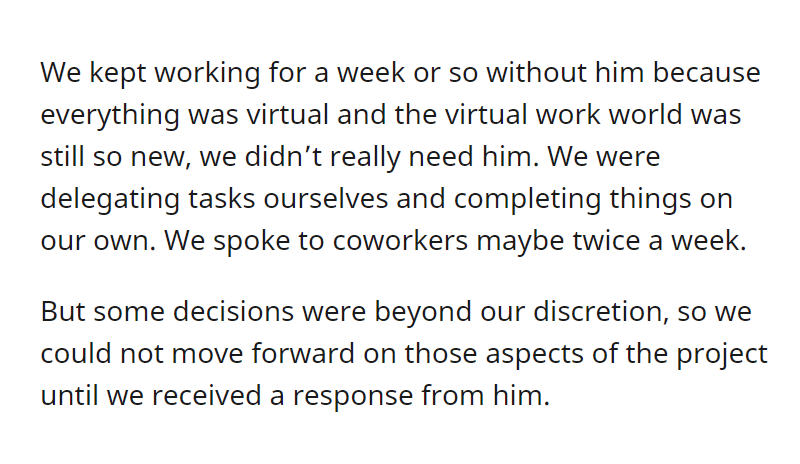 And they didn’t know what had happened until they learned that he had covid.

Understandable people were quite worried for their boss and sent him well wishes.

However, things with work were delving into chaos because of no help.

Some people even suggested that he was lying but other employees were having none of that.

Then just as suddenly as he had left, he came back. 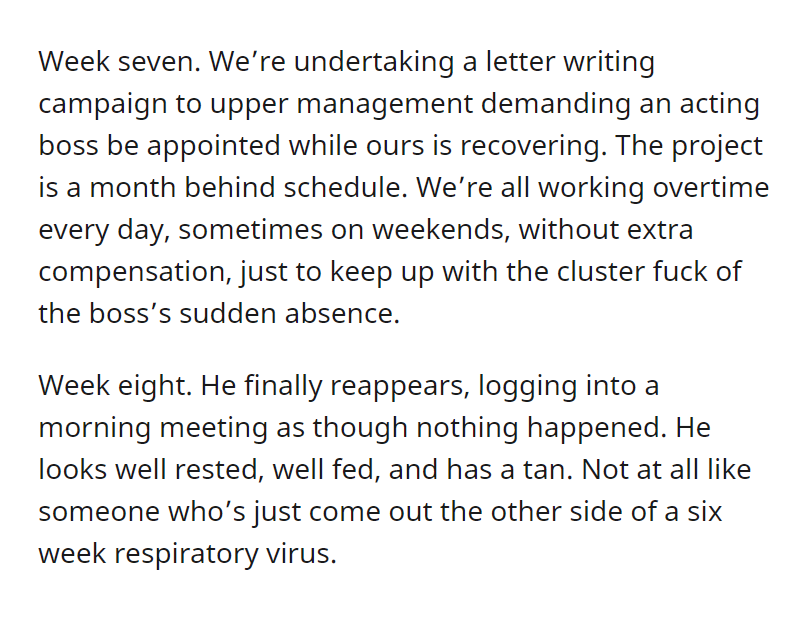 He didn’t explain any things but things were quickly revealed when this person saw their boss on the TV. 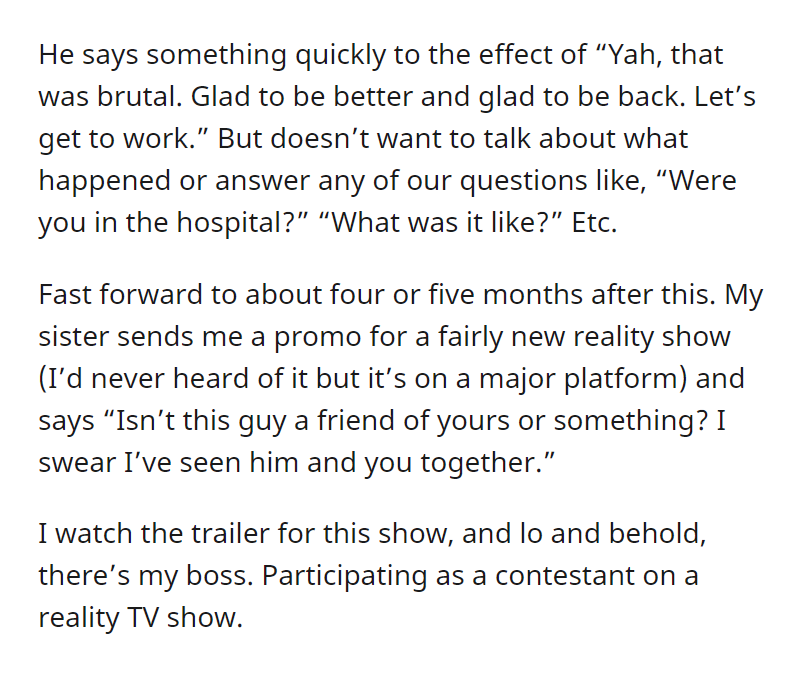 He had clearly lied just so he could be a contestant on a TV show in the middle of the pandemic. 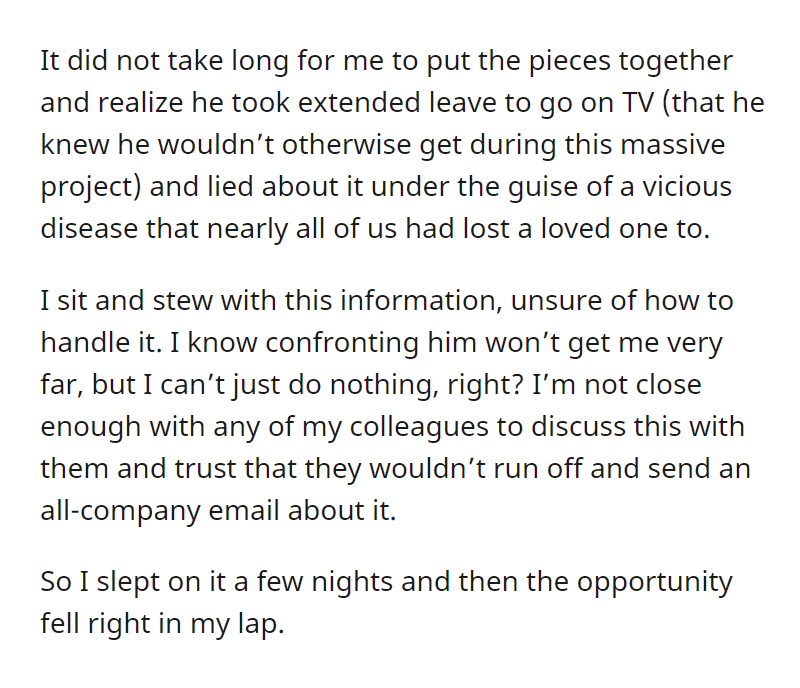 I don’t understand how the boss could have done this. I am not angry about the TV situation because many people want to be on TV but the lie that he made up was abhorrent. If it was another excuse then maybe the fallout wouldn’t have been so severe. But in a time when people were losing so much because of the pandemic, this was abhorrent behavior. So I understand why this employee wanted to get revenge.

So this particular employee decided to do something about it and show the truth to everyone. 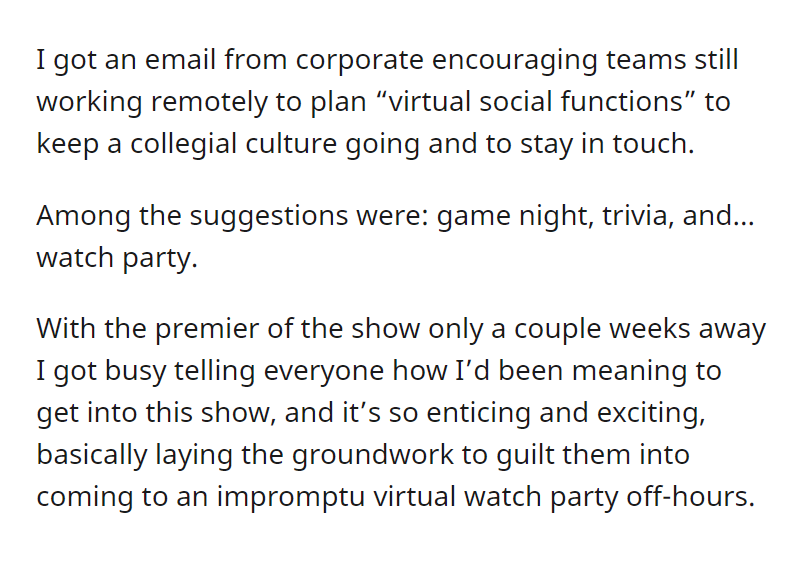 They put in a lot of effort to set everything up and things seemed to be falling in place. 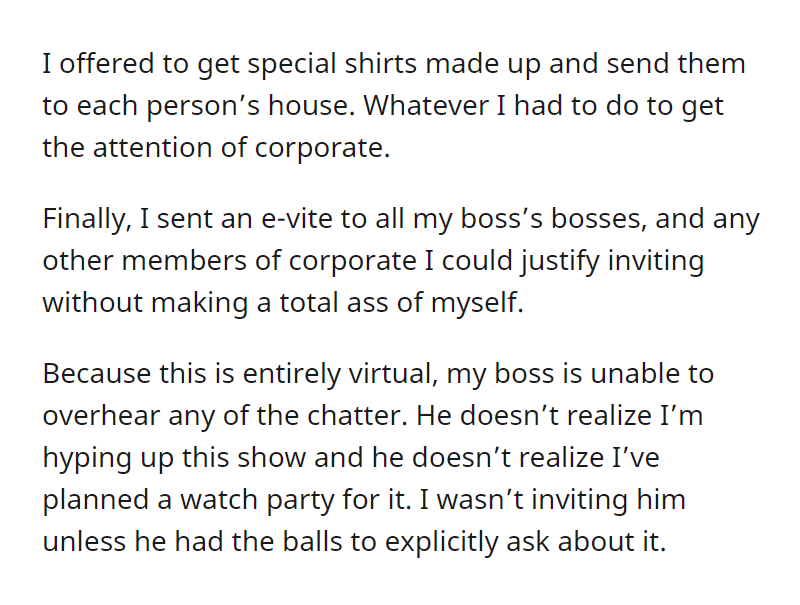 Many people came to the virtual part and things were good to go. 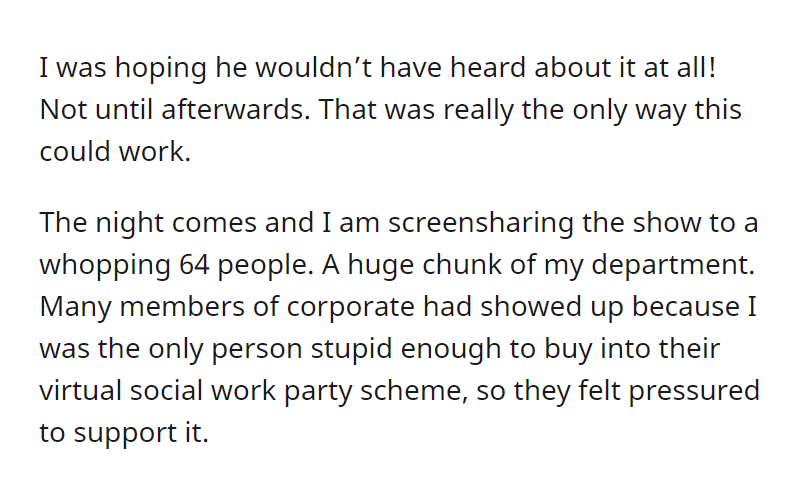 And people were just confused by his appearance and how he could have lied. 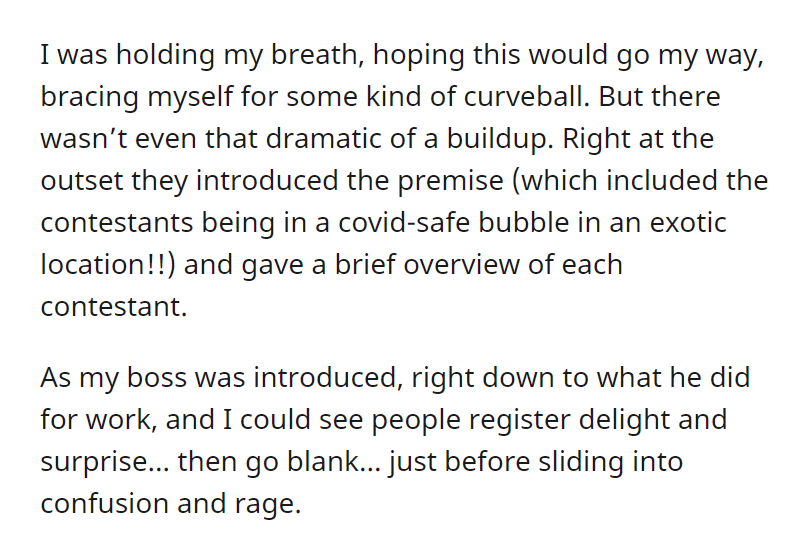 The employees couldn’t believe what he had done. 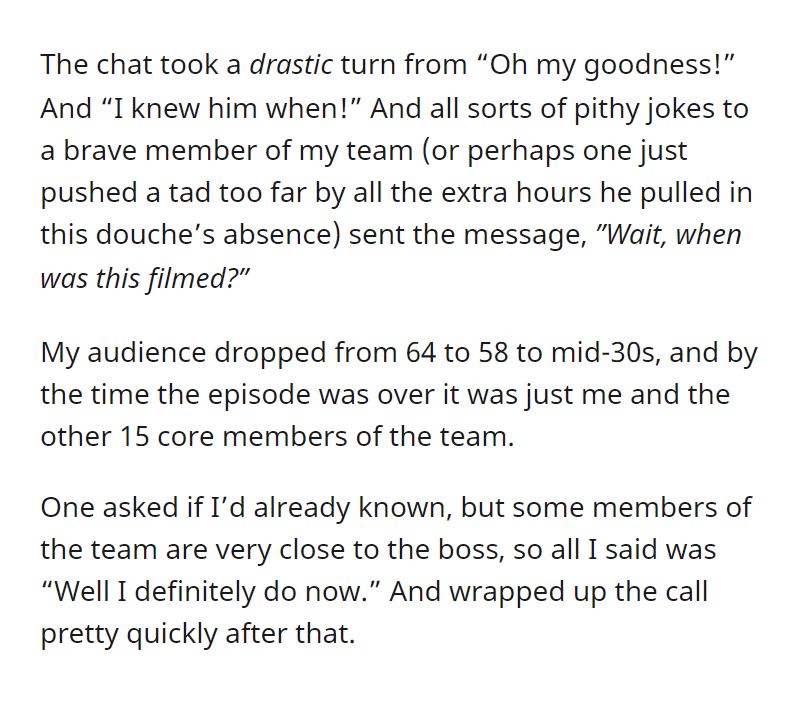 All in all, he was fired in the end and the revenge was quite sweet. 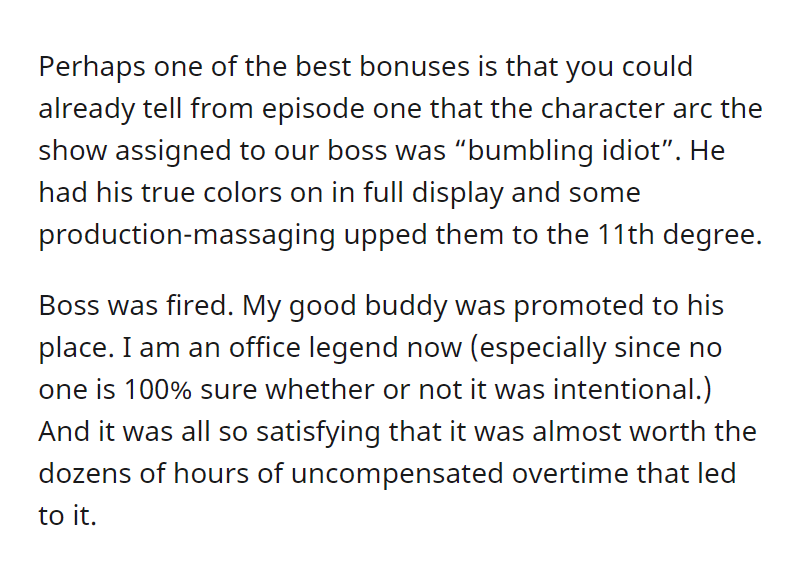 What did you think about this story? What would you have done if someone you know had lied about having covid? Comment down below and let us know. 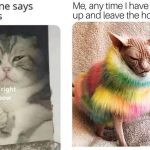 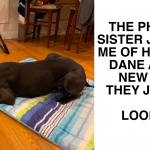 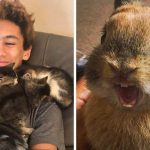 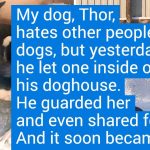 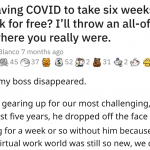