Everyone is an expert on the Internet.

Even if you have extreme social anxiety in real life, you will act a lot more confident over the Internet. It’s human nature. You get a confidence boost when you don’t have to interact with someone face-to-face. People think whatever they learn through the Internet just has to be true and don’t listen to what actual experts have to say. That is why everyone is so quick to give their opinions online. They all think they are right.

A lot of people have different opinions on the Internet regarding car safety of old and new cars. New cars “crumple” easily and cost a lot to fix once they are damaged. This wasn’t the case with old cars, but it compromised other things instead. A Tumblr user claimed this was due to “planned obsolescence” and got proved wrong by a car expert and physics! Read the whole thread below:

This was the image that started it all. 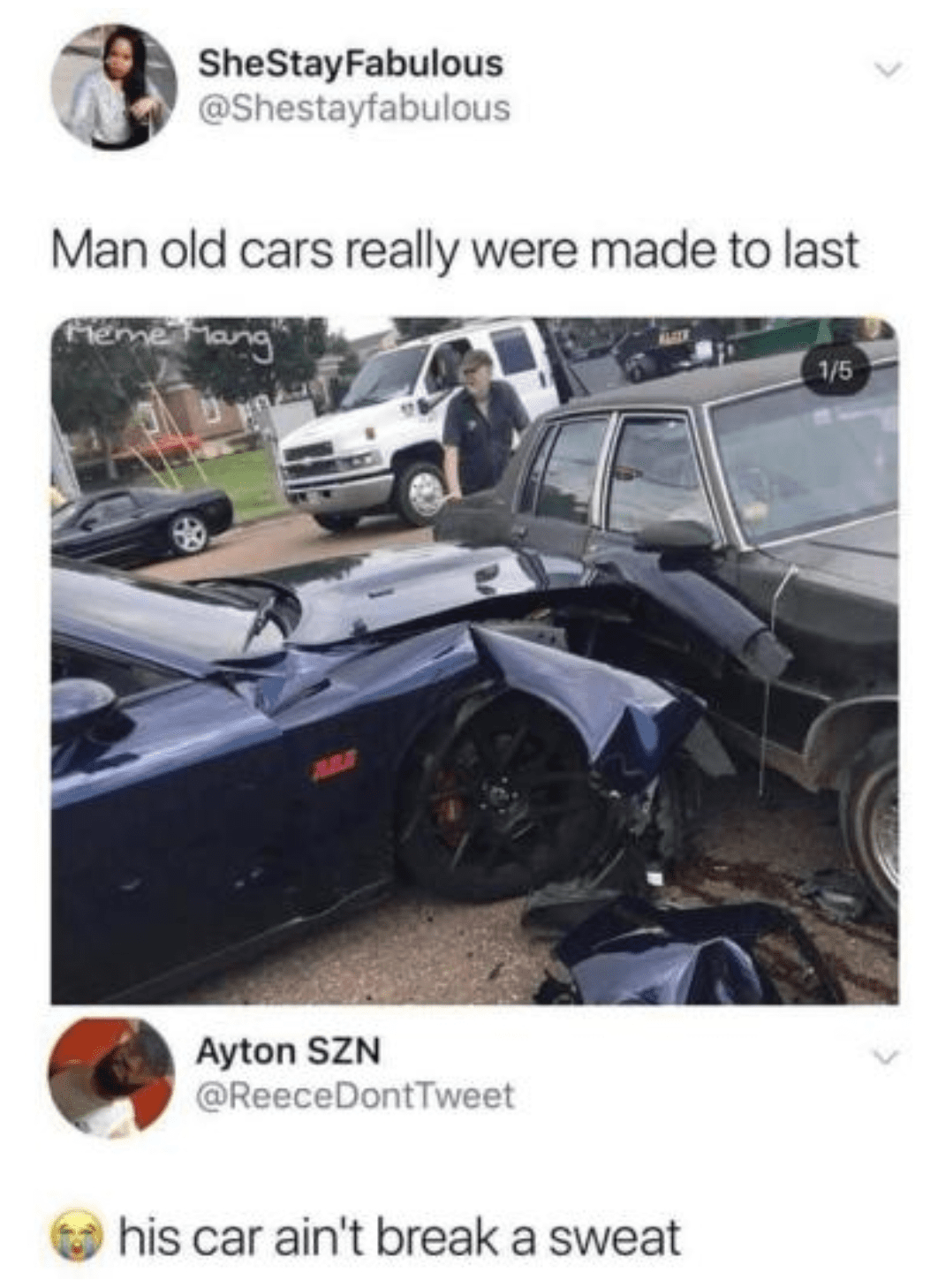 So, judging from the photo, people wrote that old cars were much better and new cars are just a result of capitalism and planned obsolescence. 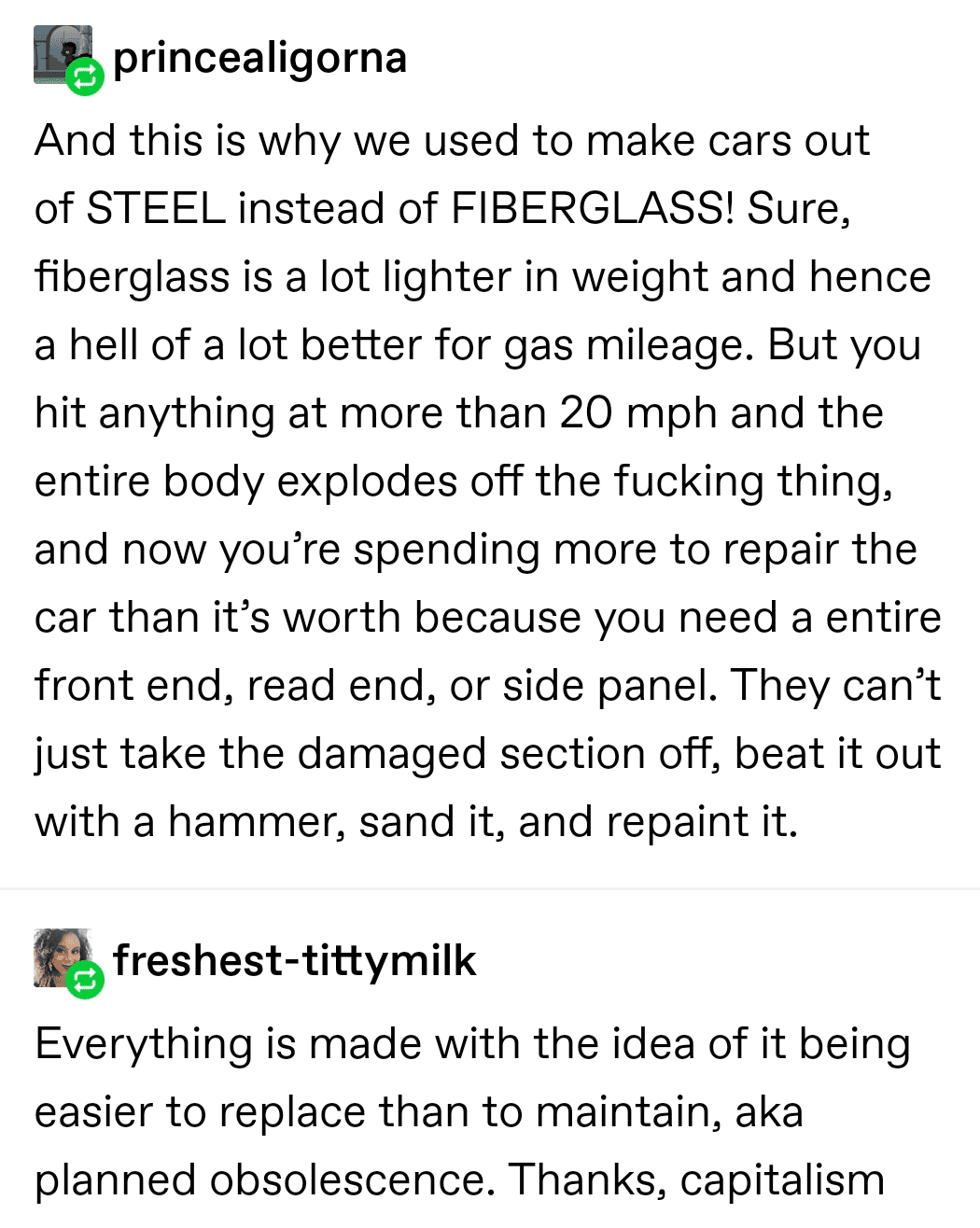 Not everything is a conspiracy. The Internet has really messed with people’s brains. They love following unpopular opinions just for the sake of it. We should really do our research and look closely at facts before announcing something so openly. It’ll save us the embarrassment later.

However, they were shot down quickly by another Tumblr user who argued using physics and logic. 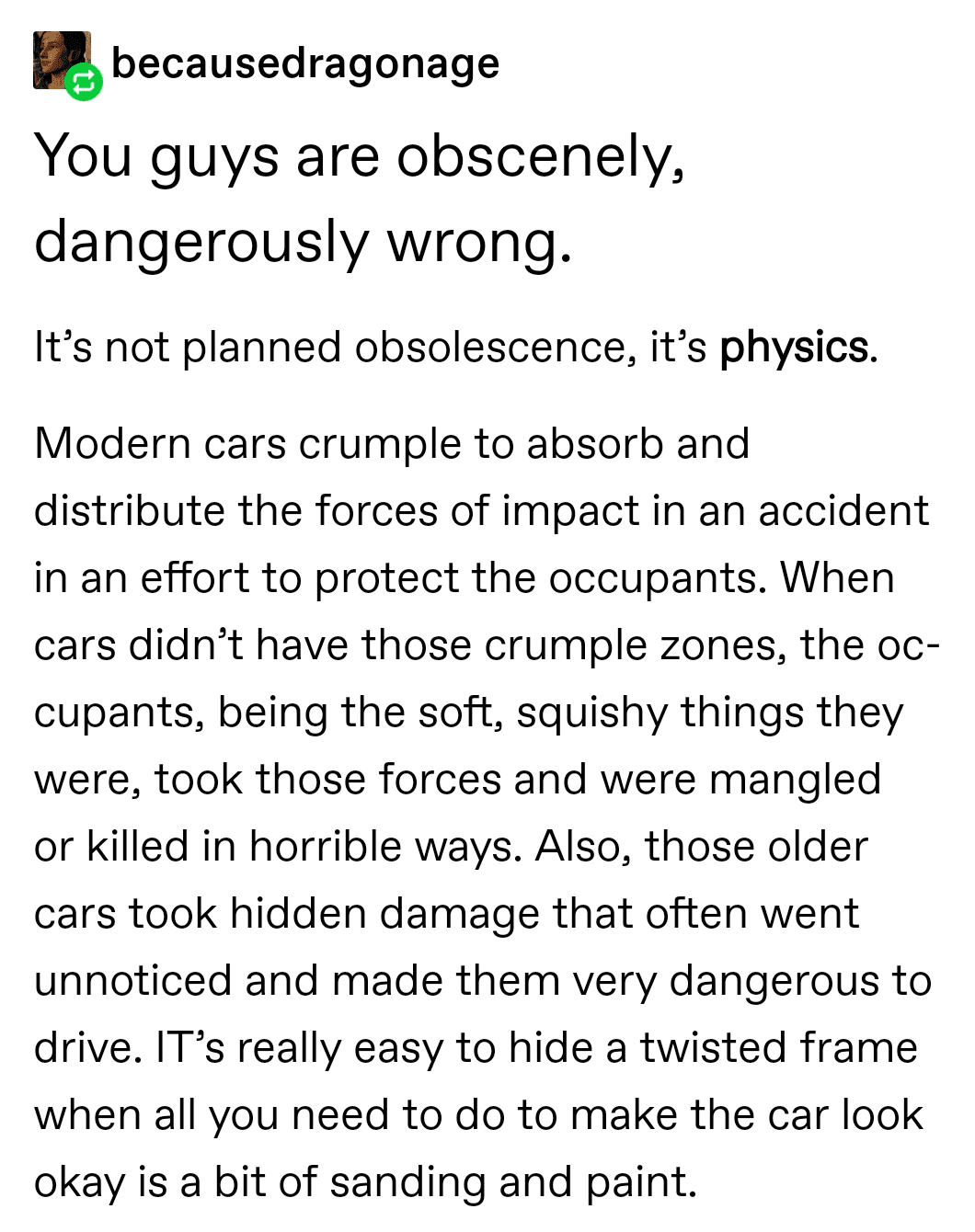 The cars crumple so they can keep the human in the passenger compartment safe. The car takes the full impact of the blow, and the human walks out safely. 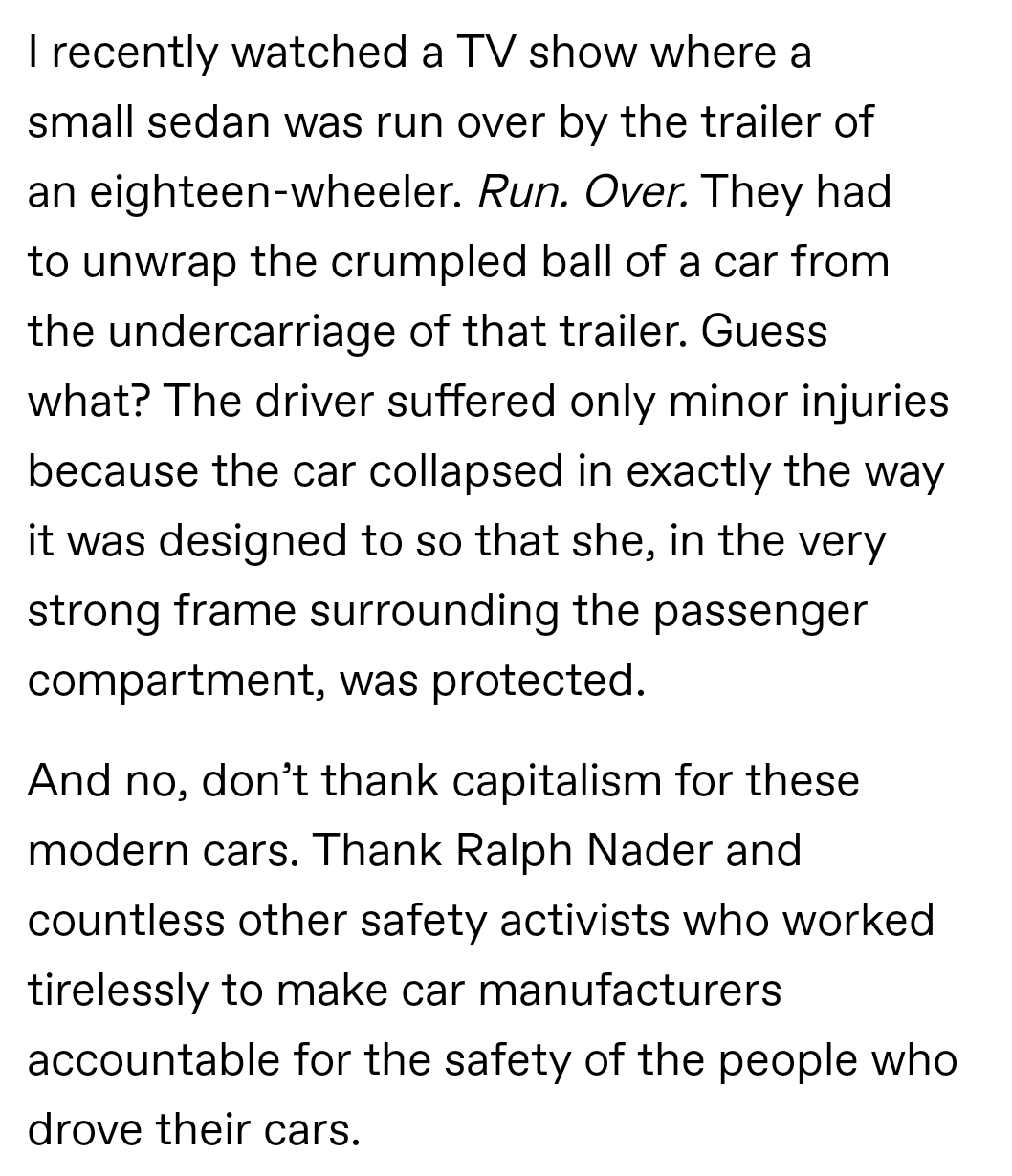 The person is an estimator at an insurance company, so they get to see a lot of wrecked cars. They demonstrated their facts through a GIF. 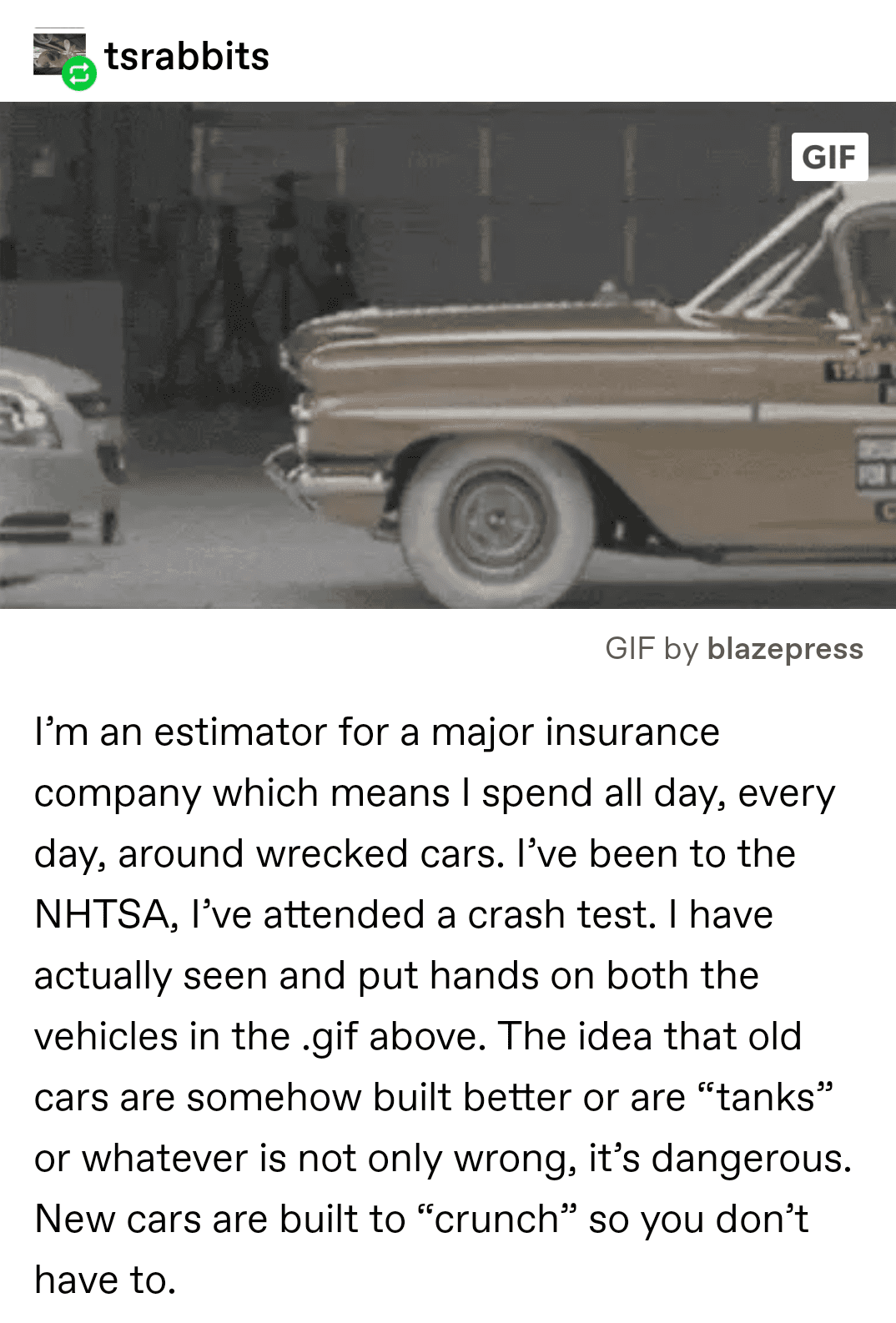 If this car crashed at 35mph, the person driving it would have died from the impact. 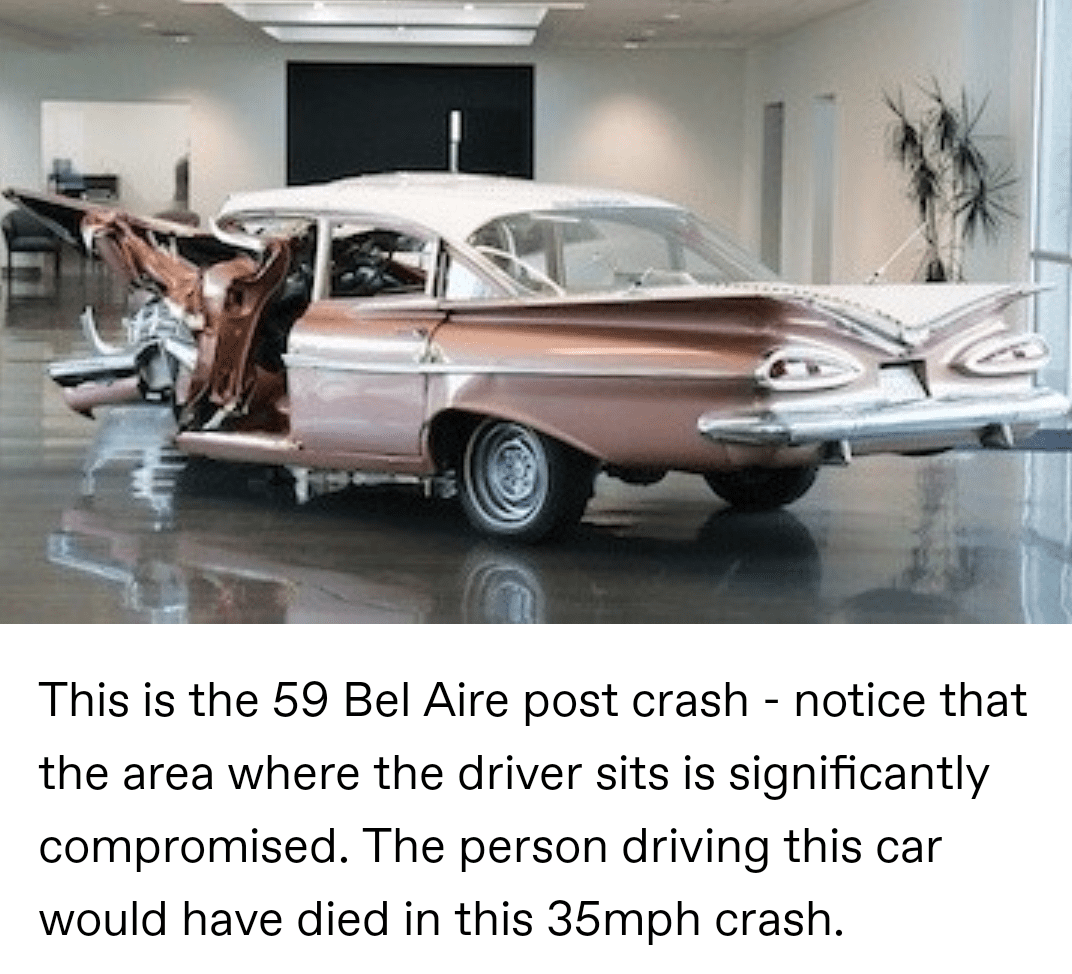 However, this Malibu would’ve saved the driver in a similar accident. The person’s defence of new cars was backed up pretty well. 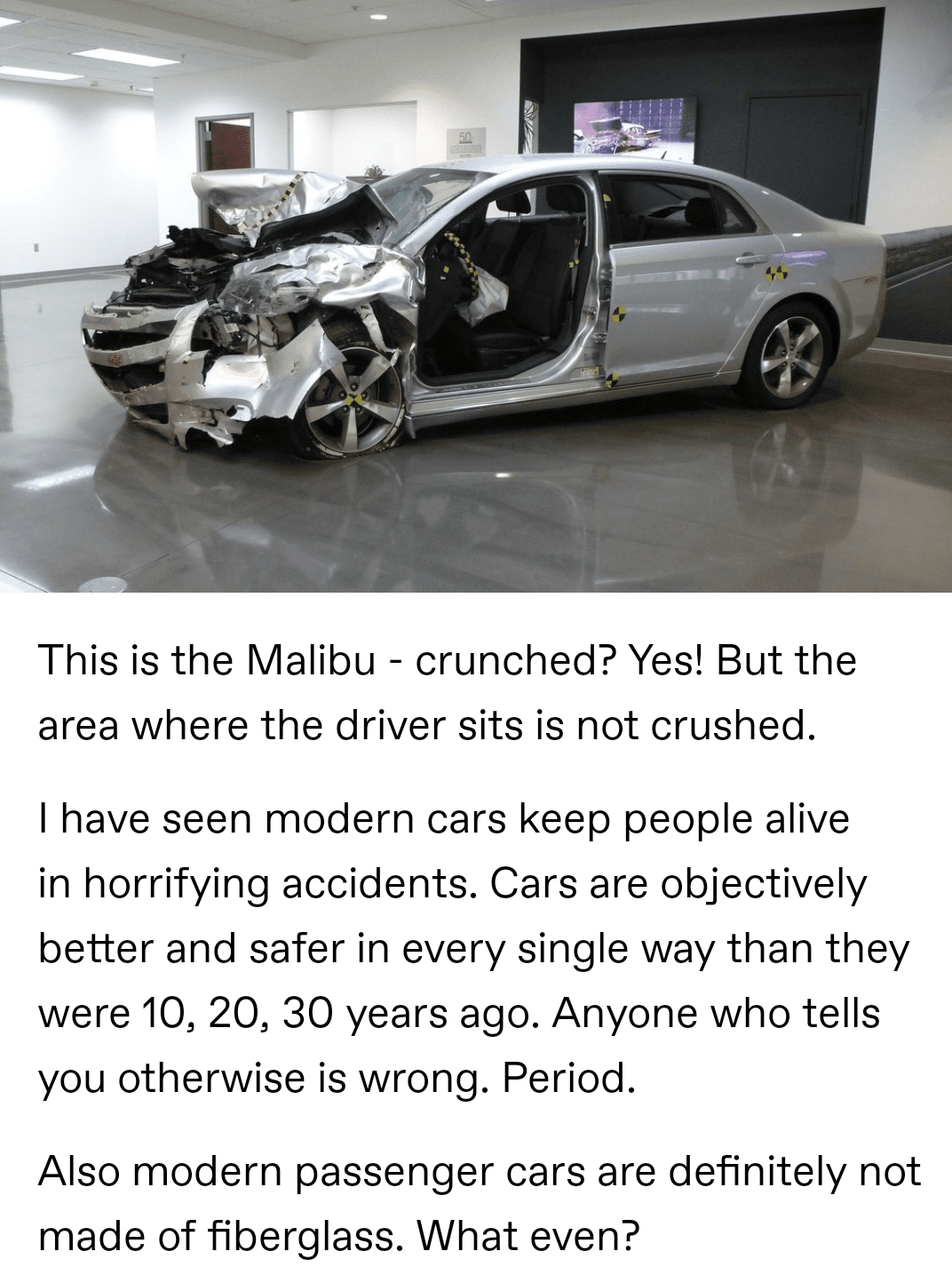 Here is what people had to say about the whole discussion:

Would you rather crush yourself or the car?

Old is not gold sometimes.

A few words by an “old car” driver:

What do you think about this? Do you have any facts that this person missed? Or is it true that old cars were better? Let us know your opinion in the comments below!