Cats are queens. And queens can do anything.

The powers that the Queen of England possess are mighty. She can’t be charged with murder. She can start or end wars in a blink of an eye, she can dissolve the parliament at any point in time, and the list goes on. This was just to give you an idea about how impactful and powerful such leaders can be. But everything gets dialed to 11 when it comes to cats. See Queen Elizabeth II is only the Queen of the United Kingdom and other Commonwealth countries. Cats are the queens of the world. They rule us all and everything happens according to their will. Based on a survey conducted in 2018, the total population of pet cats is approximately 373 million. Imagine 373 million Queens. I don’t think it would be smart of anyone to mess with them.

The reason why many of us associate them with such a high rank is because of their personality. Cats are very confident. They really do justice to the concept of free will. No, that does not make them entirely rude or bossy. Those characteristics are a tiny part of their huge personality. Cats are very lovable and love to give back. These adorable creatures only demand trust, food, and unconditional love and that is all it takes for them to get invested in forming an inseparable bond with their owner.

In today’s episode of ‘Cats are bossy’, which is one of their very well-known traits, we’ve got some cats for you guys who love bossing their dog-mates around. This will also show you how sweetheart of an animal a dog is. The bossy-ness of a cat comes from their confidence and the way they are pampered.

Let’s show you how this all goes about and how do cats use innocent doggos to serve their own purposes.

Scroll down below to enjoy.

1. Olive the cat believes her mate Cora the doggo is great for her needs and as a bonus, Cora can also help the cat with camofauge. 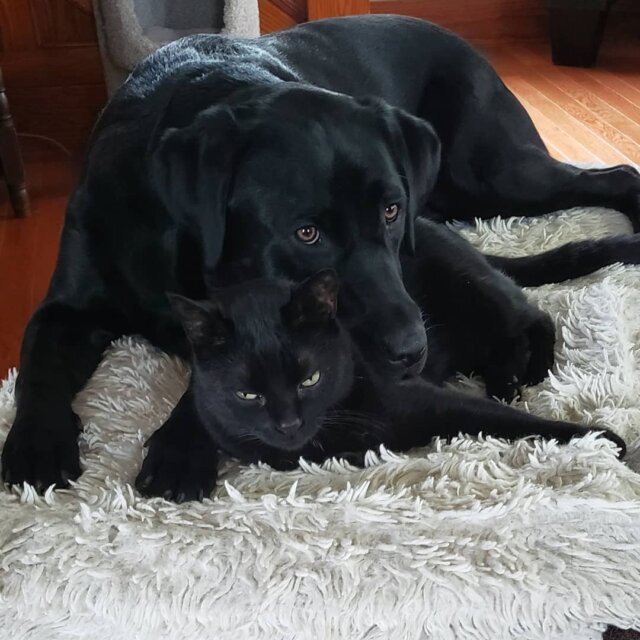 2. The tabby cat who goes by the name Sebastian Barry Allen uses his fluffy buddy as a pillow. 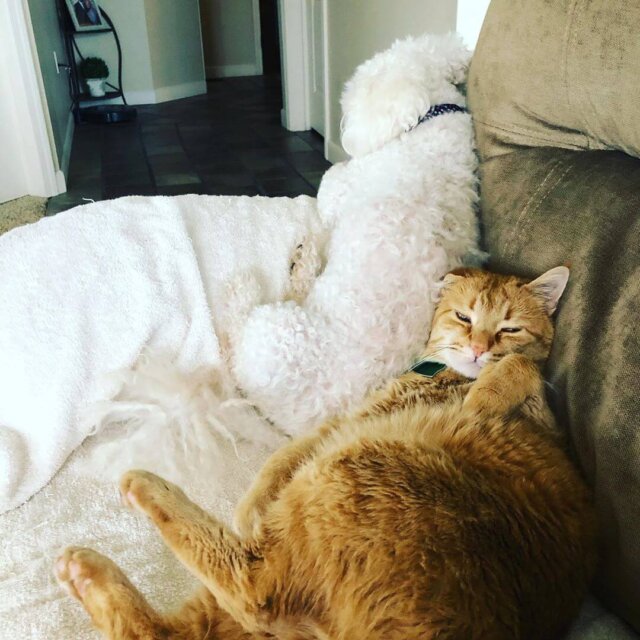 4. The whole rivalry thing is a cover. They both know they can’t exist without one another. 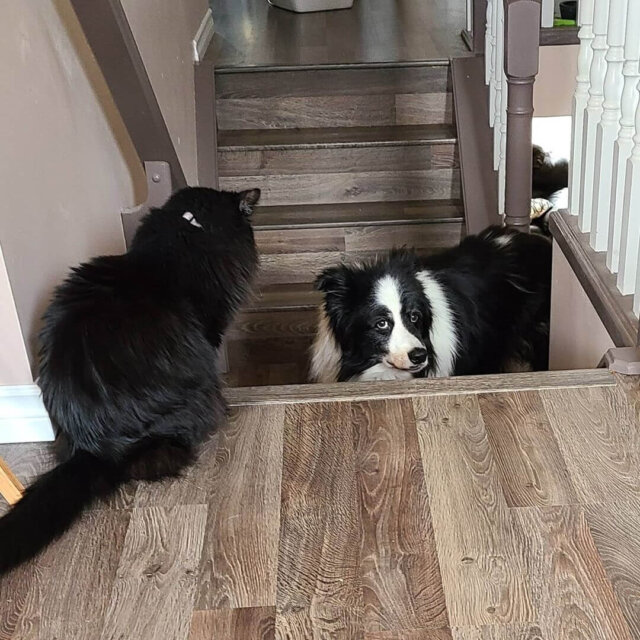 5. And when the cats want a sparring partner to polish their boxing skills. Their buddy dogs always like to volunteer. I believe a little cat beating won’t do any damage. 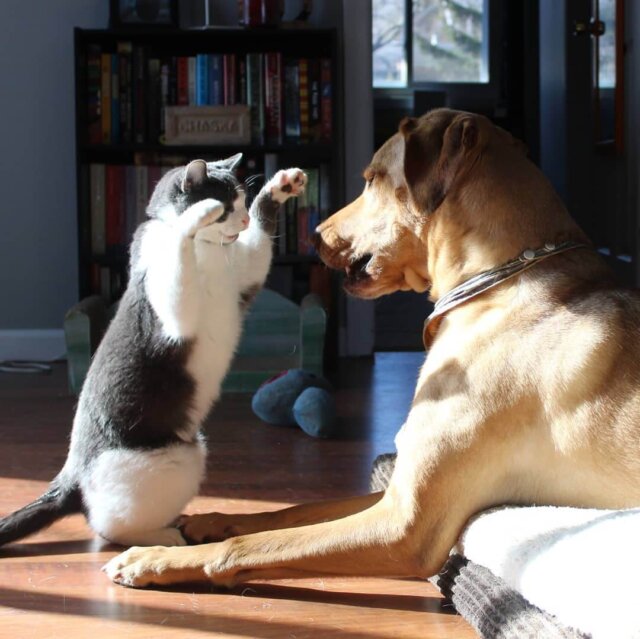 6. Here’s another image to prove that the duo really is inseparable. 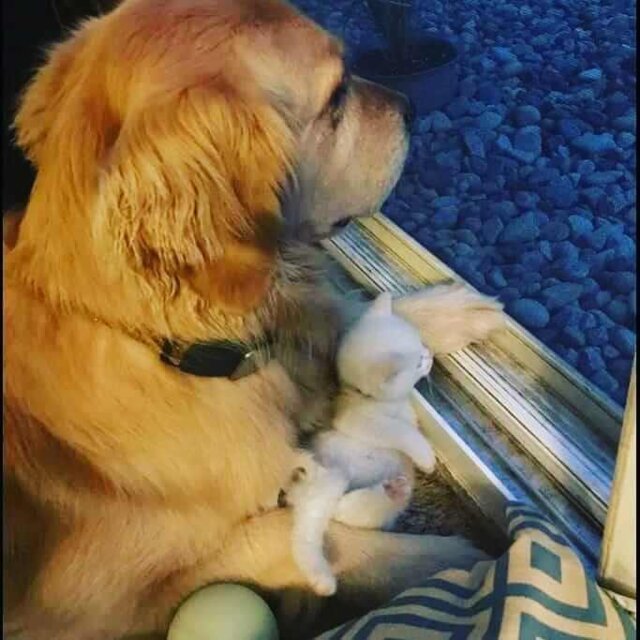 Honestly speaking, all these dog-cat dups that we have looked at so far first of all look so adorable together. And yes, it’s very direct that the cats are using them without the innocent doggos even realizing it. But, what makes this all possible for the cats is the friendship between the two. It really shows how much the two care for each other. In the case of the cat, you have to look a little closer but in the case of the dog, it clearly shows.

I think it is about time that we debunk this myth of cat-dog rivalry.

7. Where do queens sit? Right at the top. Who is their biggest supporter? Their best buddy doggo. 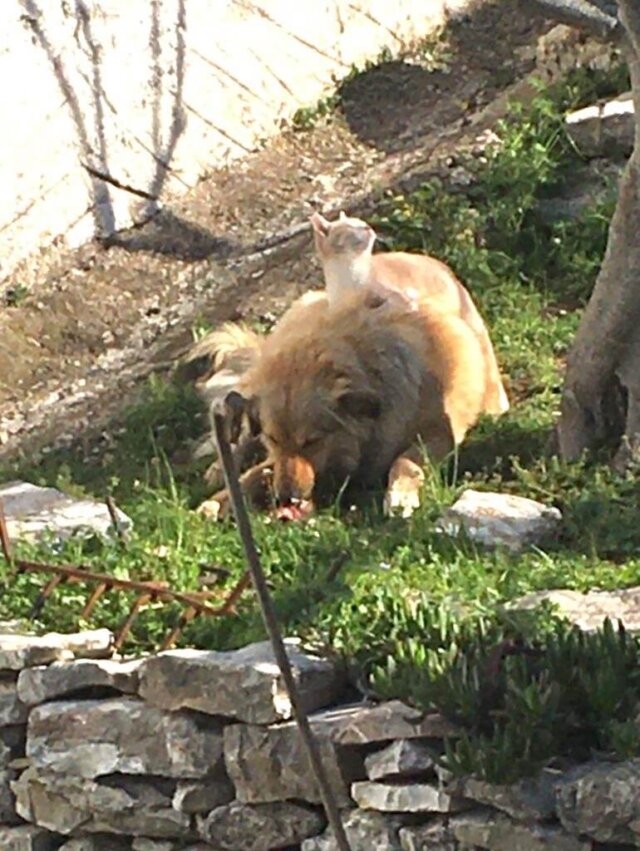 8. Mom: “Did you eat my yogurt, Coco?” Coco: “No It was not me, I think it was the dog” Always throwing doggos under the bus since the beginning of time. 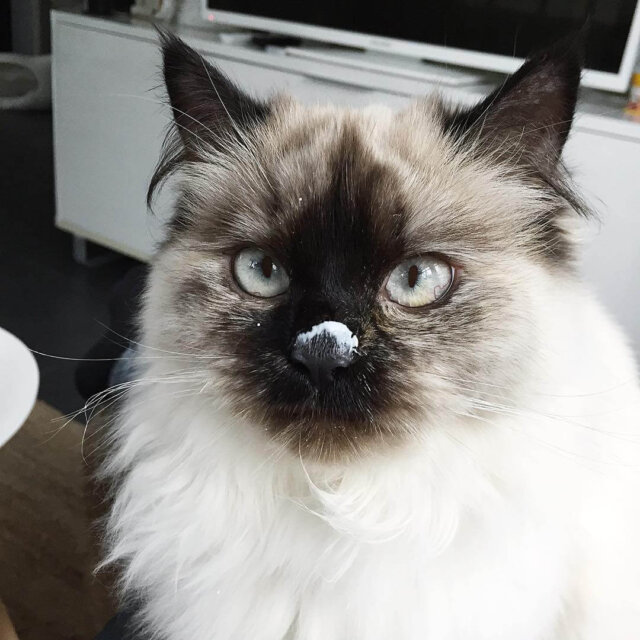 9. Finn: “Don’t come one step closer”
Archie: “Got it, boss.” Looks like Finn has cleared out the whole superiority thing from the very beginning. 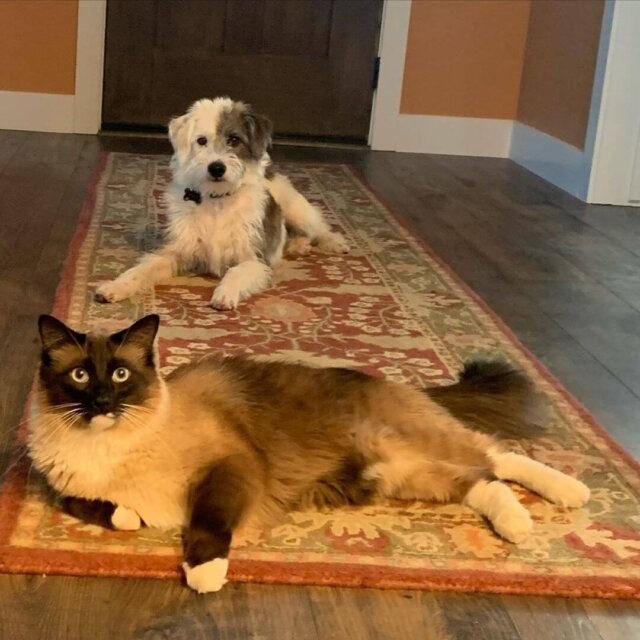 10. Look at that cute dog just happily guarding its queen as she rests. 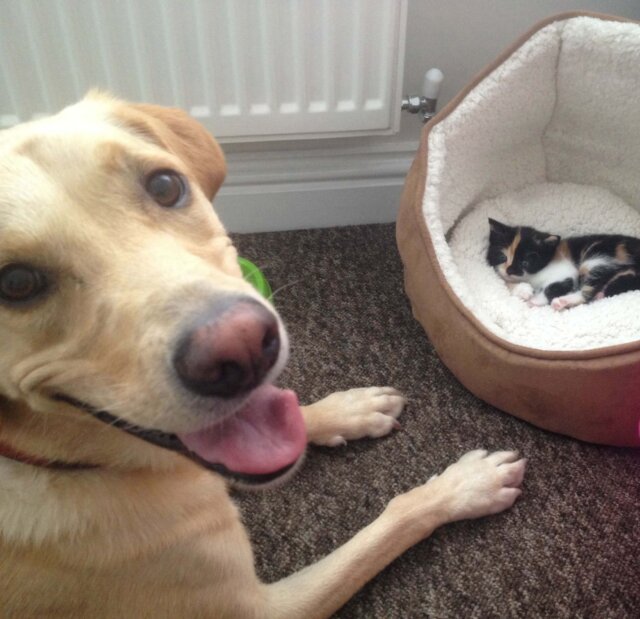 11. At that size, it is kinda hard to move around and enjoy yourself to the fullest. But don’t worry, your dog-mate will always come to the rescue. 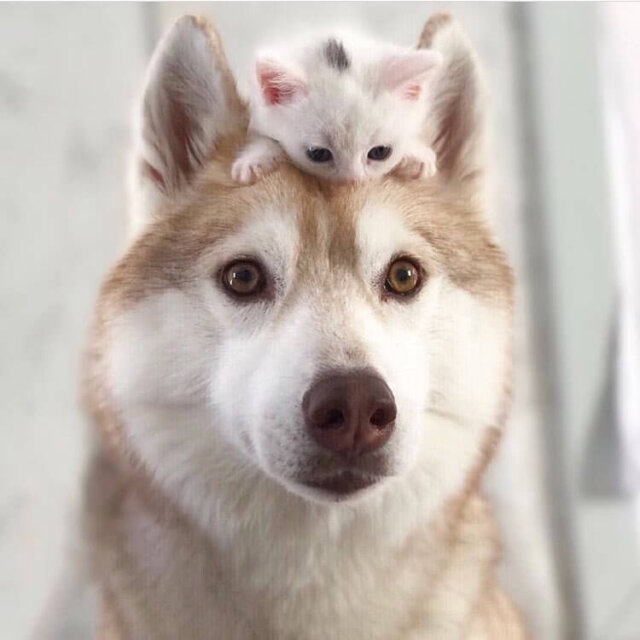 12. Makes the dog sleep on the rough floor and uses his fluffy body to rest comfortably. 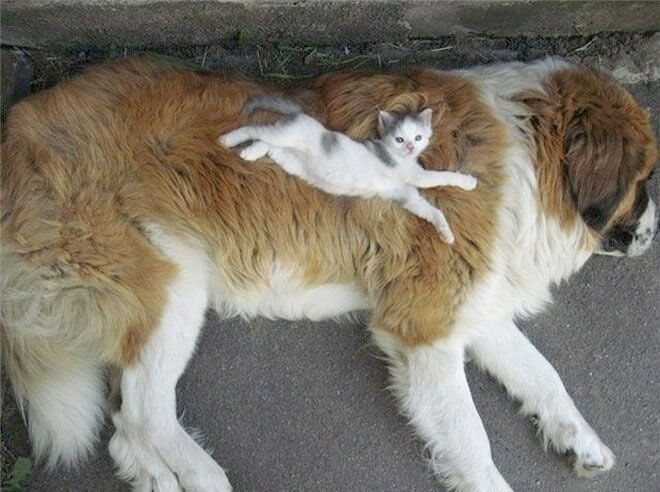 And that is all. One thing is for sure, I am now a very strong believer in the fact that cats and dogs do not hate each other. It’s a man-made myth and I have got evidence to debunk it. Just look at them two chillings together and watching the day go by, or how in all the cases the dogs were always there for their cat-mates. I don’t care what everyone says, I believe the two can co-exist and can form an inseparable bond.

What about you guys? Share your thoughts and opinions in the comments section down below.