Cats are one of the more eccentric pets you can have, especially when they have a volatile personality. A lot of people think that kittens have relatively calm personalities, but that’s not always the case. Some of them can be very excitable and super-expressive, to the point of being handfuls. Unlike dogs, who need to be attended to several times a day, especially made to go for walks, cats generally can live without the attention of their humans.

Not these ones. On a very aptly named subreddit, “CatsAreAssholes” users upload pictures or stories of cats going the extra mile for attention from their humans. It would be endearing if their methods weren’t so questionable or damaging. These cats are essentially dogs in the shape of a four-legged, fluffy feline because they crave the attention of their humans at any every opportunity and cost. Just check them out yourself!

#1 “My cat took out a piece of my miniblinds and brought it to me.” 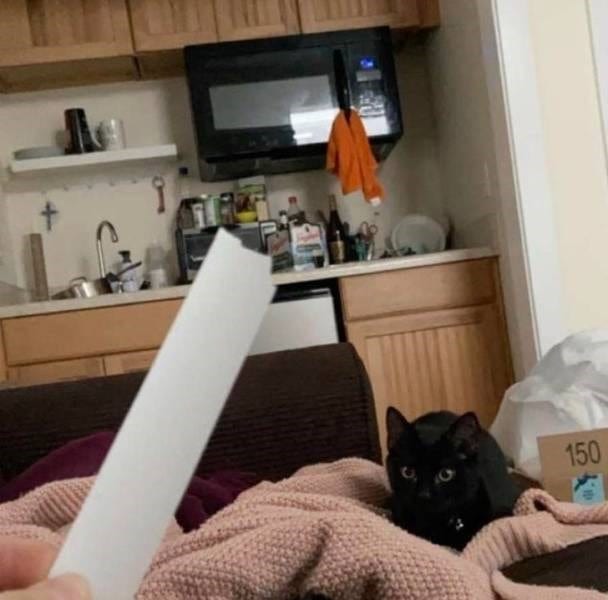 Cats have a bad rep because they communicate differently than humans do! According to Loc,

For the most part, cats meow only to communicate with humans, not with other animals, according to anthrozoologist John Bradshaw in his book, Cat Sense: How the New Feline Science Can Make You a Better Friend to Your Pet (2013). Part of his evidence is that feral cats do not meow nearly as much as domesticated housecats.

Additionally, scientists believe that the meow is a manipulative behavior cats adopt to get what they want. Nicholas Dodman of Tufts Cummings School of Veterinary Medicine argues that cats can learn which noises are most effective at getting their owners to do what they want them to do (Robins 2014).

#2 “He doesn’t want to play with a toy if I’m holding it. He wants to hold it himself. He also likes to play with those laser lights, but they won’t work for him so he breaks them.” 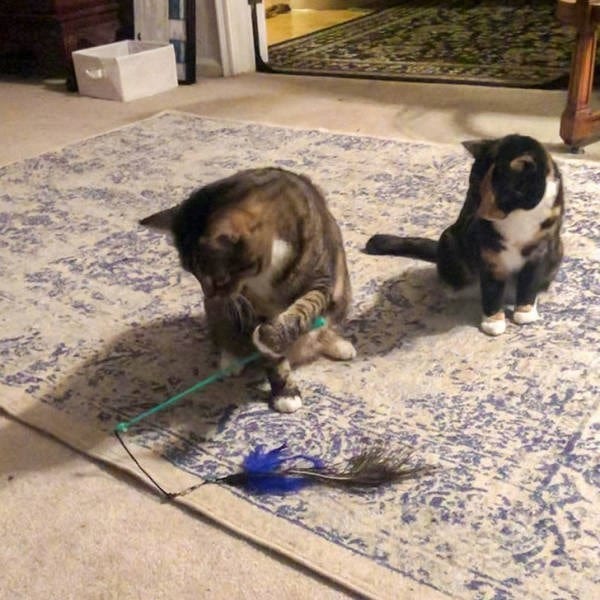 #4 “We have to use tape to keep the cabinet closed and not let her get to the treats!” 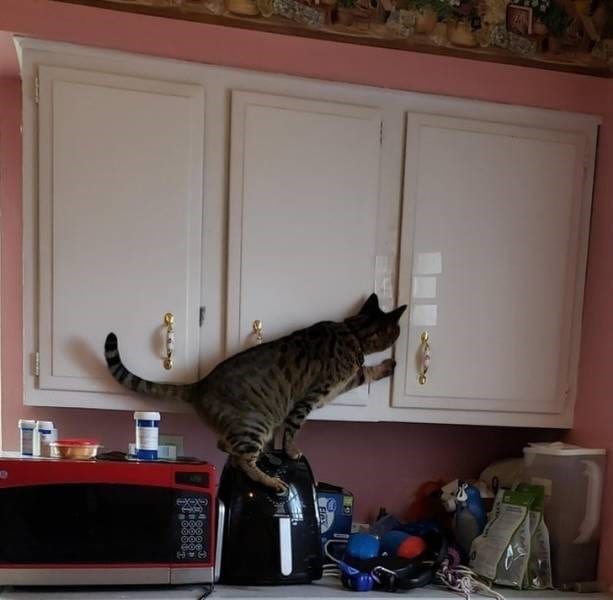 Back in 1895, when cats were just beginning to become common household pets, a man named Professor Alphonse Leon Grimaldi wrote an essay explaining what cats were saying to humans. Before 1895, cats were mostly outdoor animals. They were used to catch rodents but were not brought inside frequently or loved as companions. In his essay, “The Cat,” Grimaldi translated some of the most common cat words into human words. For example, he believed that “Aelio” meant “food.”

#5 “Our cat doesn’t want to accept the fact that he’s not our baby.” 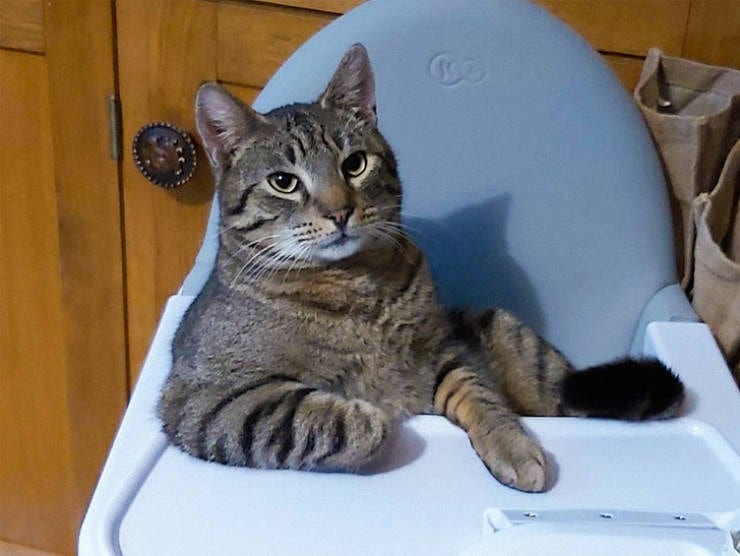 #7 “I often do outpatient therapy meetings in clients’ homes. So I had this one family a long time ago and I usually wore my long hair in a ponytail, but would have to stuff it up in a hat when I visited them, because their cat would jump on my head.” 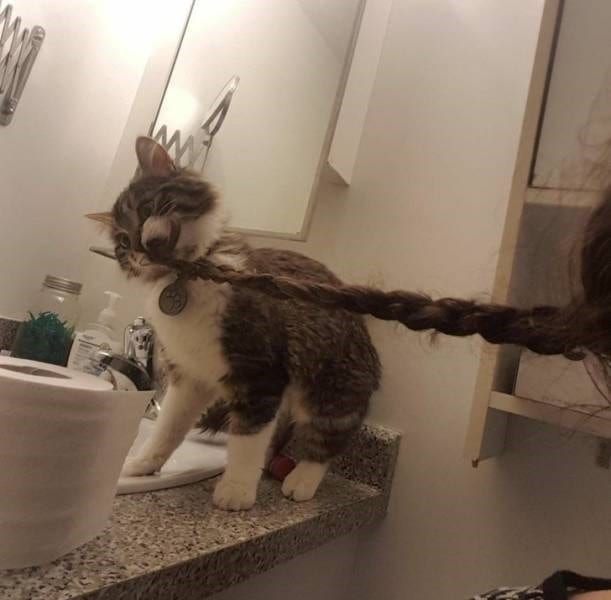 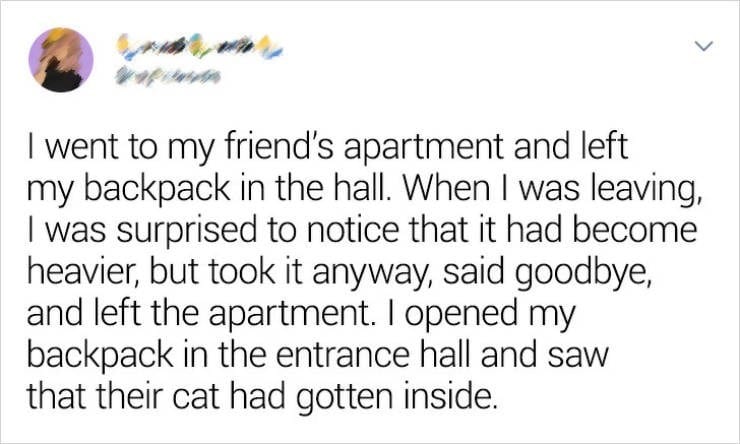 Over a hundred years later, some cat experts still believe that certain cat noises can be understood by humans. Jean Craighead George, an author and naturalist, categorizes cat vocalizations in a way that seems very simliar to human communication. For example, she says that “Mee-o-ow” (with falling cadence) is a protest or a whine (Robins 2014).

#9 “She shut down my whole computer by just sitting on it.” 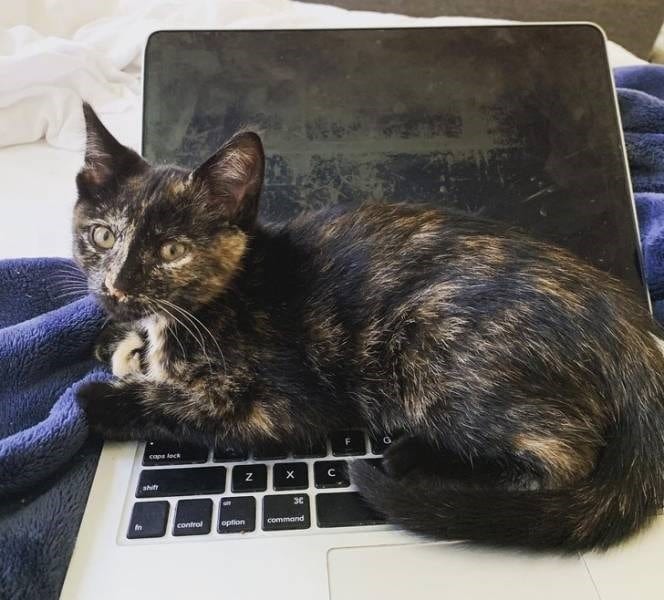 #10 “He jumped into the laundry hamper and then he complained because he couldn’t get out.” 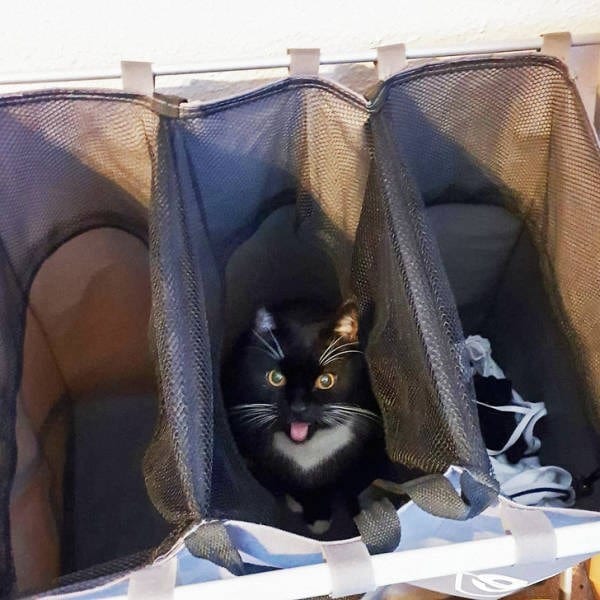 #11 “He would come to the door and beg to come in, and whenever I opened it, he would run off and pretend that nothing happened.” 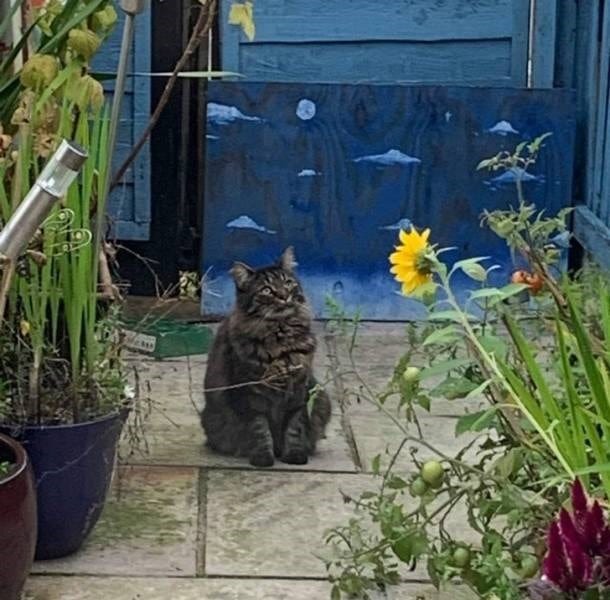 #12 “His brother was already in the laundry basket, but that didn’t stop him.” 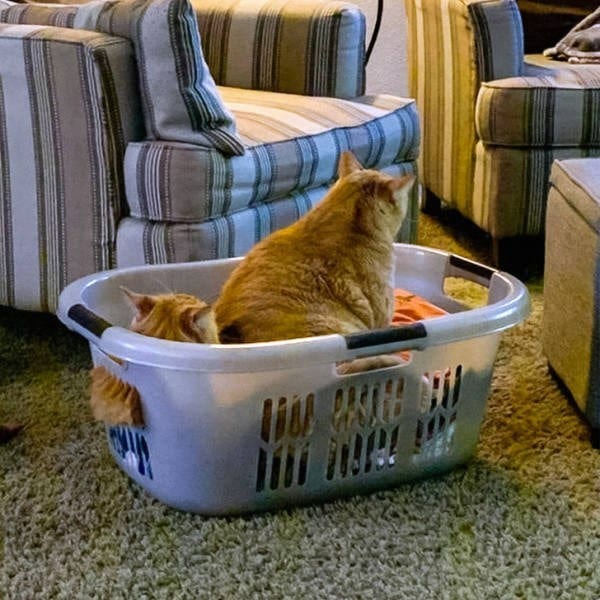 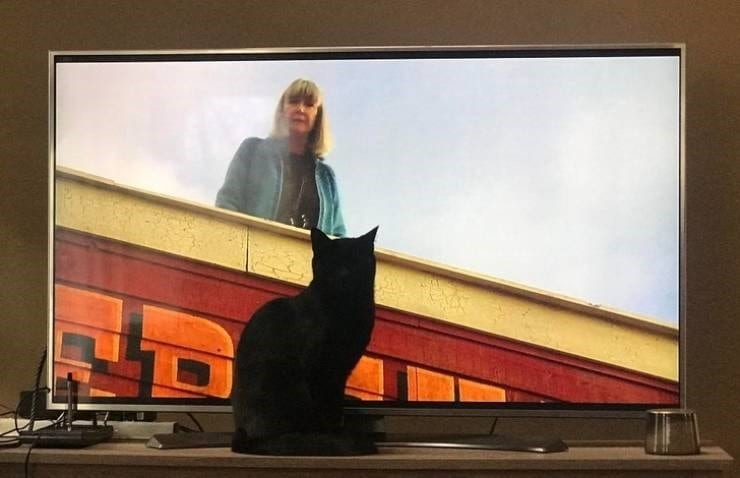 It’s a rather eye-opening study;

But not all scientists believe that cat sounds can be interpreted so easily. A 2003 study by Nicholas Nicastro and Michael Owren called “Classification of domestic cat (Felis catus) vocalizations by naive and experienced human listeners” found that cats do not use vocalizations to attract attention from humans, but the ability to interpret those noises depends a lot on the human. Owners are much better at interpreting the meaning of their own cats (Nicastro and Owren 2003).

#14 “He aggressively makes sure we’re not getting anything done. He also bites at the first sign of removal from his designated spot.” 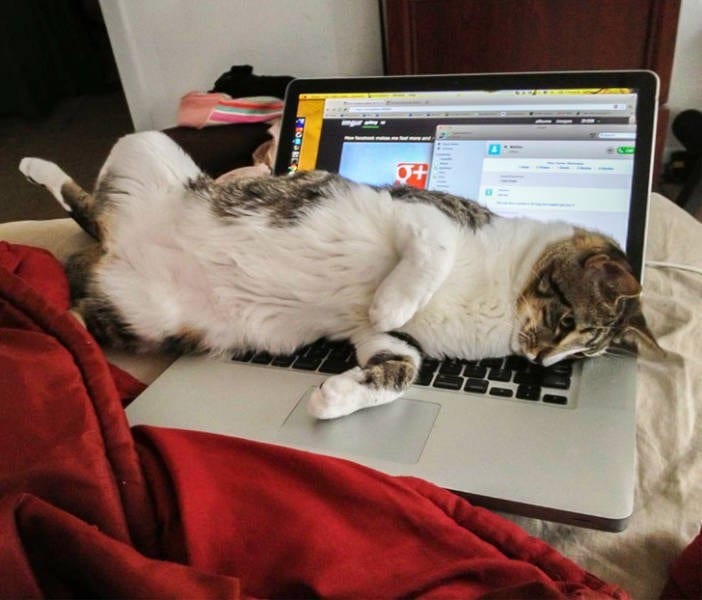 #15 “We tried to celebrate his adoption anniversary. He wasn’t in the mood.” 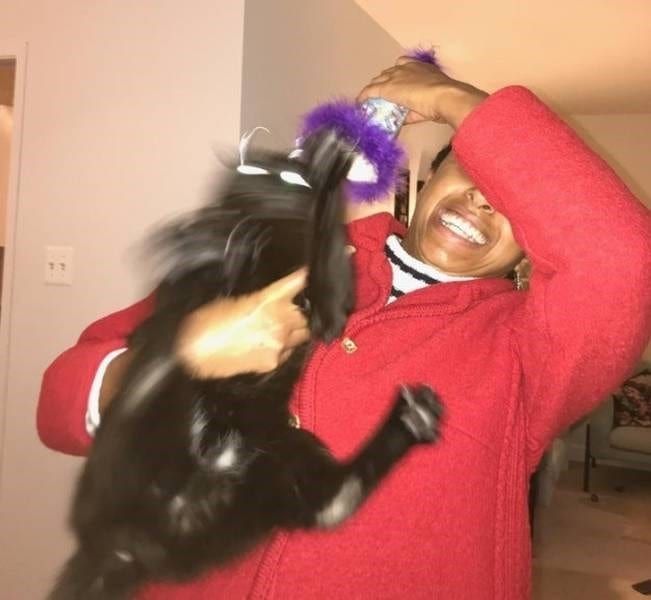 #16 “He takes away all the stuff that gets more attention than him.” 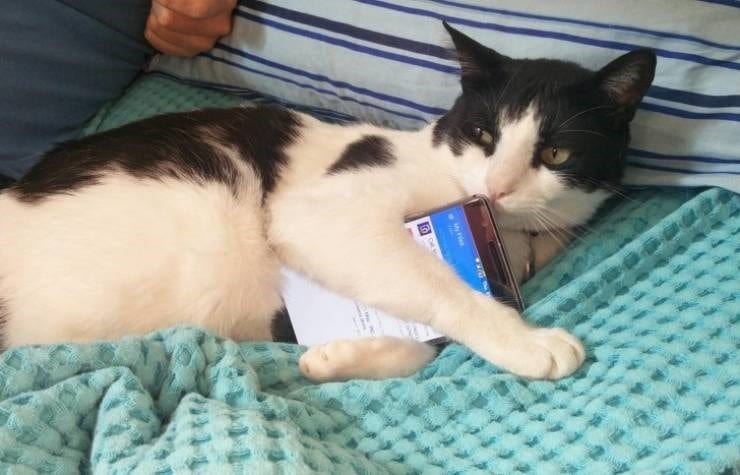 #17 “We’ve been together for 12 years and he still fears for my life every time I take a bath.” 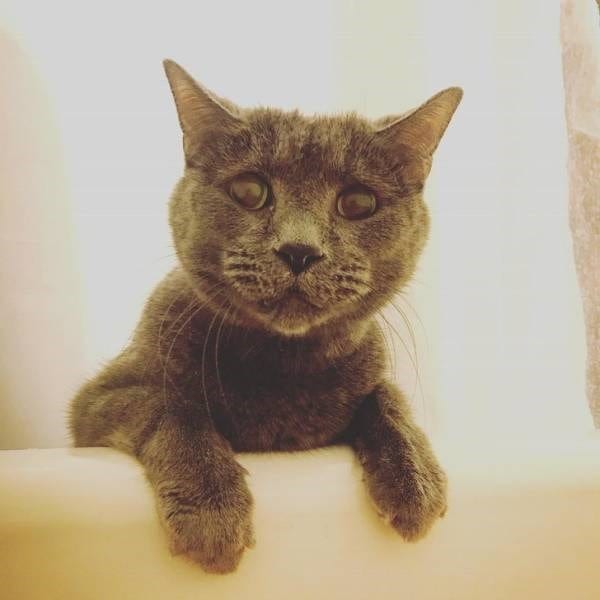 #18 “Cat activated the video doorbell after being locked outside” 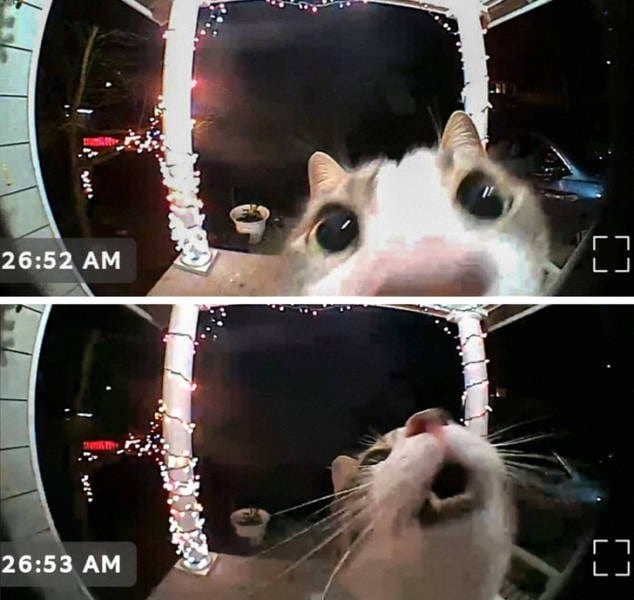 #19 “My cat always got mad when I was taking a bath because he was afraid that I might drown. So I solved his problem: I put a chair near the bathtub and now he’s the guard.” 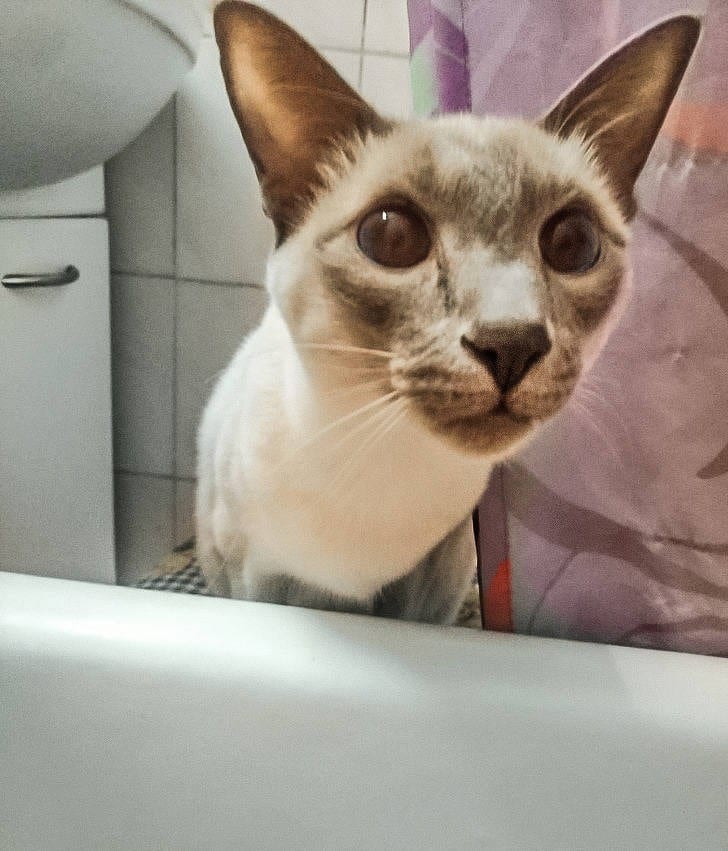 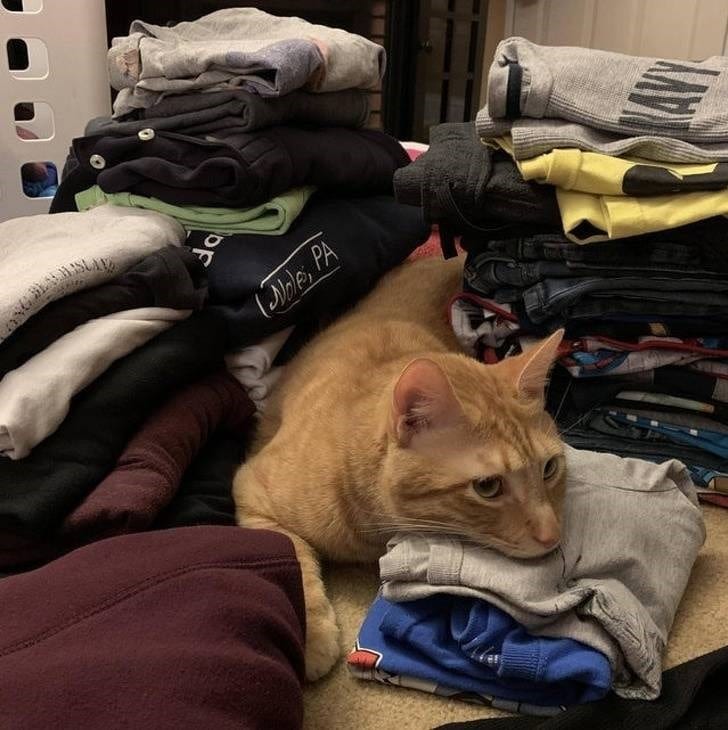 Like all good studies, it’s hard to come to a conclusion.

One of the other main ways that cats communicate both with humans and other cats is with their tail. A cat walking with an upright tail is relaxed and friendly. A tail swishing back and forth quickly can mean a cat is angry or curious. If a cat’s tail is fluffy and the hair standing on end, that means the cat is threatened and is trying to make it look bigger to scare away a threat (Newman, Alexander, and Weiztman 2015).

#21 “I walked in to find a drifter attempting to suffocate my fiancee in her sleep.” 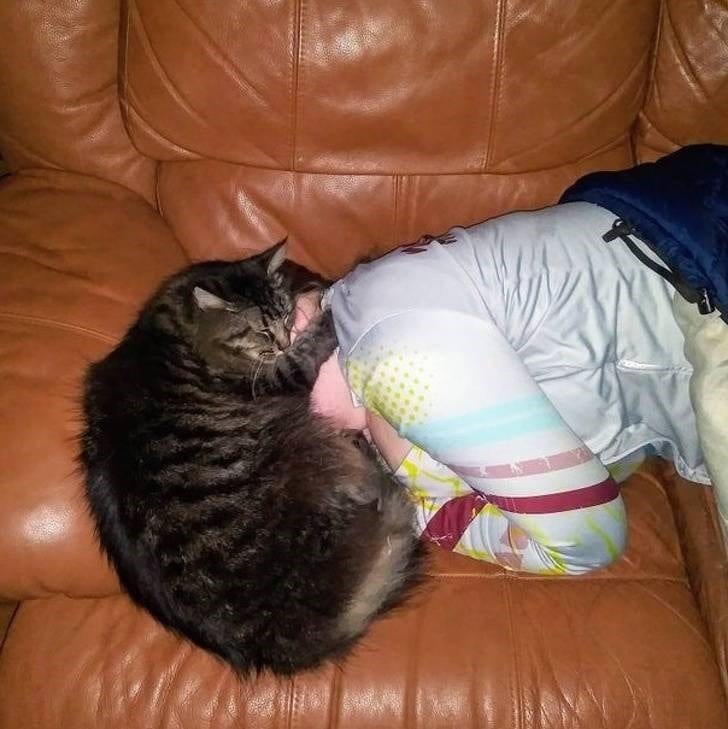 #22 “My cats have reached an impasse. Two stubborn asses both wanting through the door. Wonder who will give in first.” 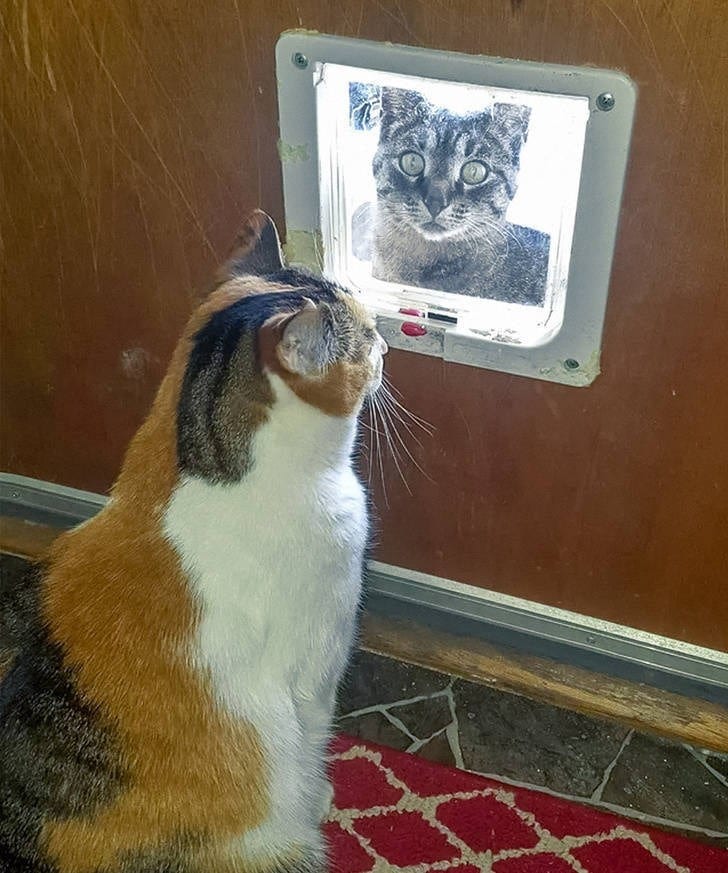 #23 “I was trying to get a funny picture of both of us yawning at the same time, but my cat stuck his paw in my open mouth. Thanks, Chester!” 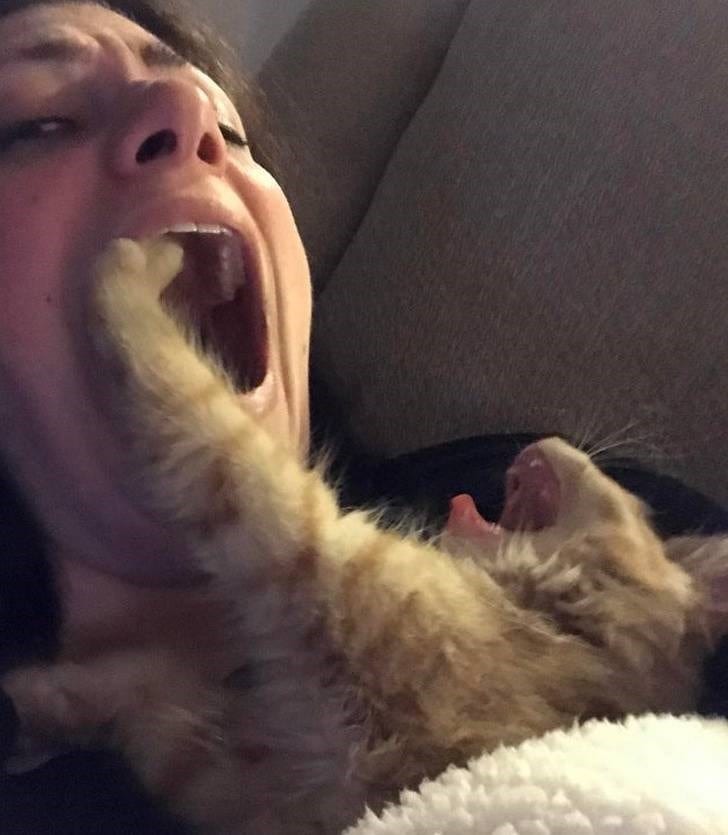 #24 “Every time I get the ladder out, my cat wants to play king of the hill.” 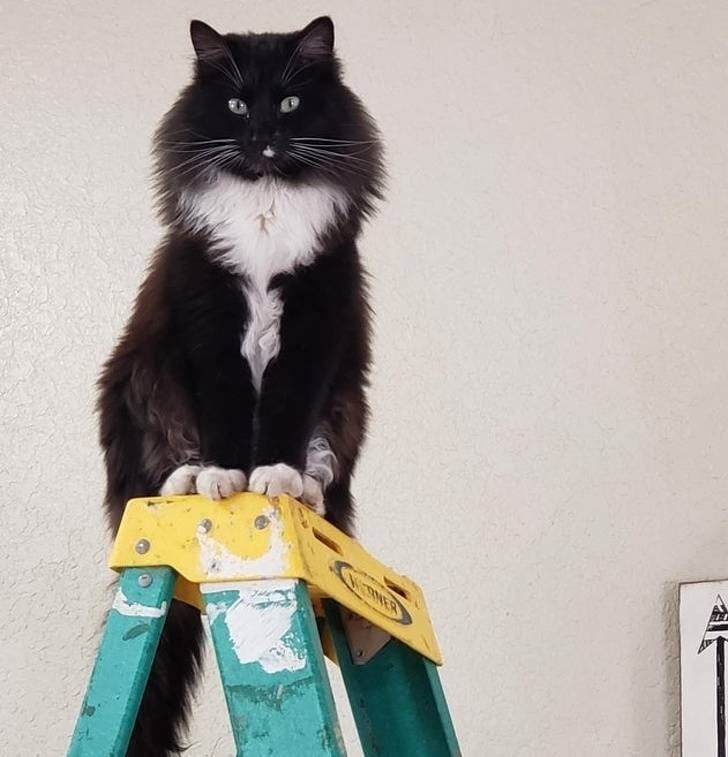 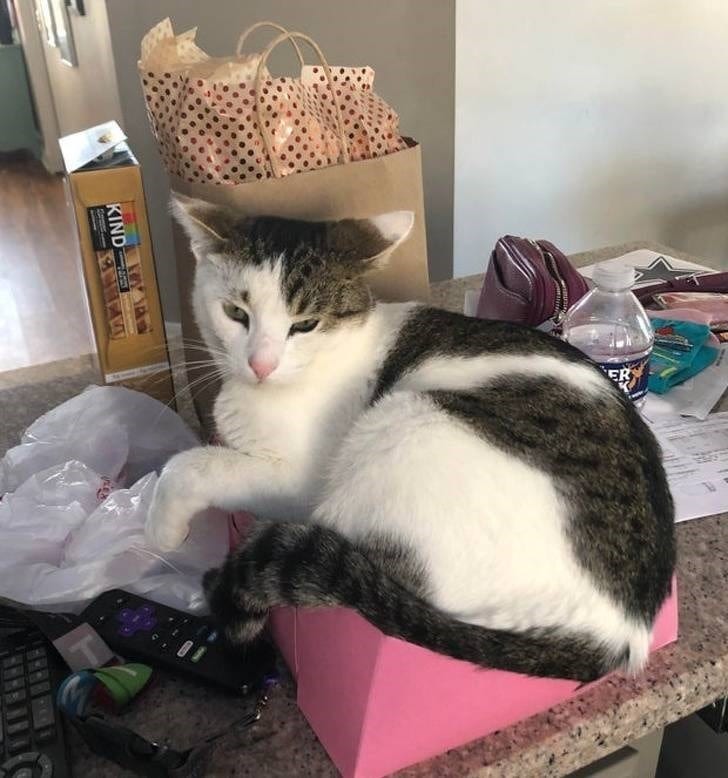 What about you? Do you have a cat that demands attention like this? Tell us down in the comments below!