Is your cat weird enough who likes to sit on its butt?

Cats are not just famous for their mysterious personalities but also for their weird behaviours. Anyone who has one can totally vouch for it! They like to do all kind of things which our tiny brains simply cannot comprehend as they are majestic creatures and we? Well, we are just peasants to them. They love running all around the house and scratching their claws on your favourite couches and ruining them, yowling in the middle of the night for absolutely no reason at all, pouncing on anything that moves and whatnot! We get to discover something new about them every passing day. Sometimes, they even like to sit like us! They would sit on their cute little butts with their legs spread onto the ground and be totally casual about it while we stand there, shocked.

As we know that everything they do has a meaning to it (mostly), we decided to probe further about the way they would sit. We found out that cats like to sit on their butts because they are trying to mimic their owners. Apart from that, it has been said that this certain position helps them in airing out their tummy and cool them down. So, if you haven’t been able to witness a cat sitting on its butt, don’t worry, we have got you covered!

We have managed to gather some of the most hilarious and weird cats who love sitting on their butts most of the time! Are you ready? Scroll down to amuse yourself. 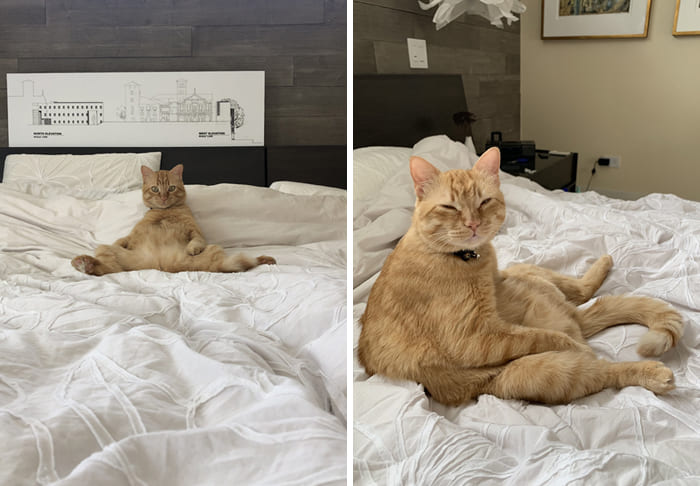 “Oh, thought you went to work. Hehe… I was just … chilling”

2. This one’s trying to hide its genitals, maybe? 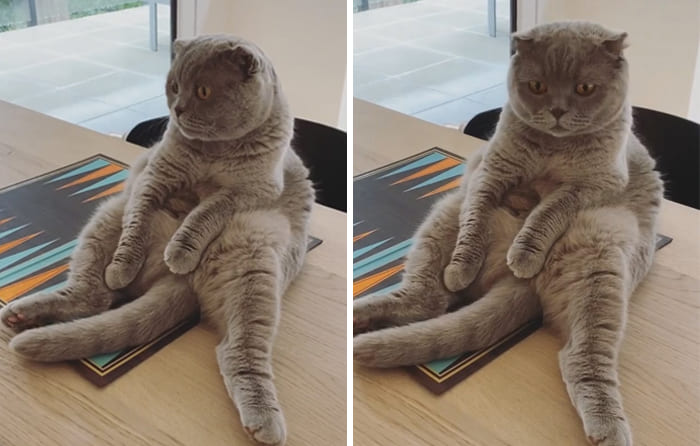 That facial expression though!

3. This one has no regrets for being weird. 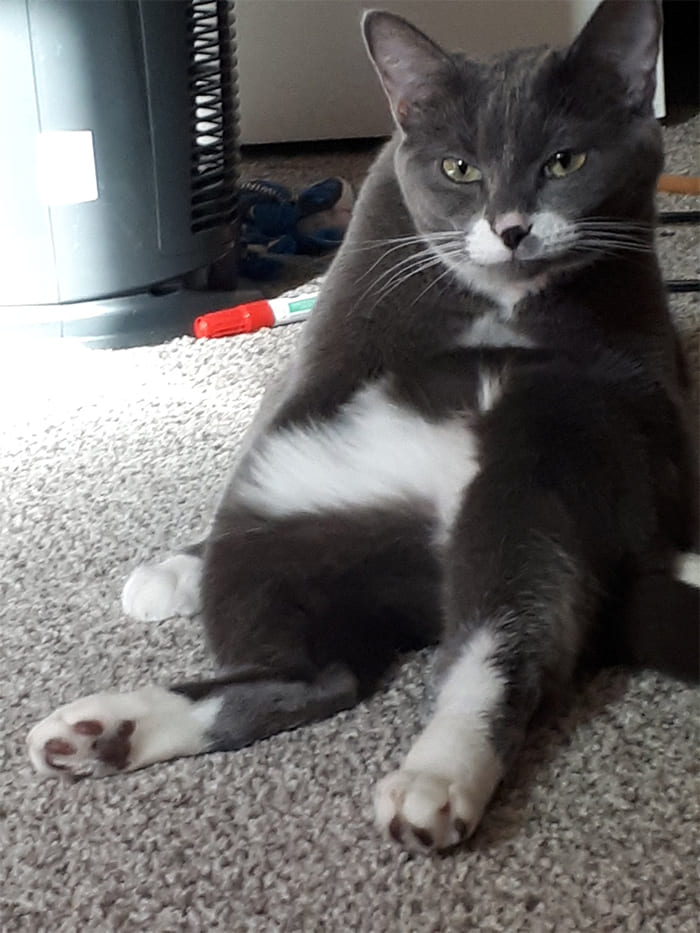 Too confident to care. 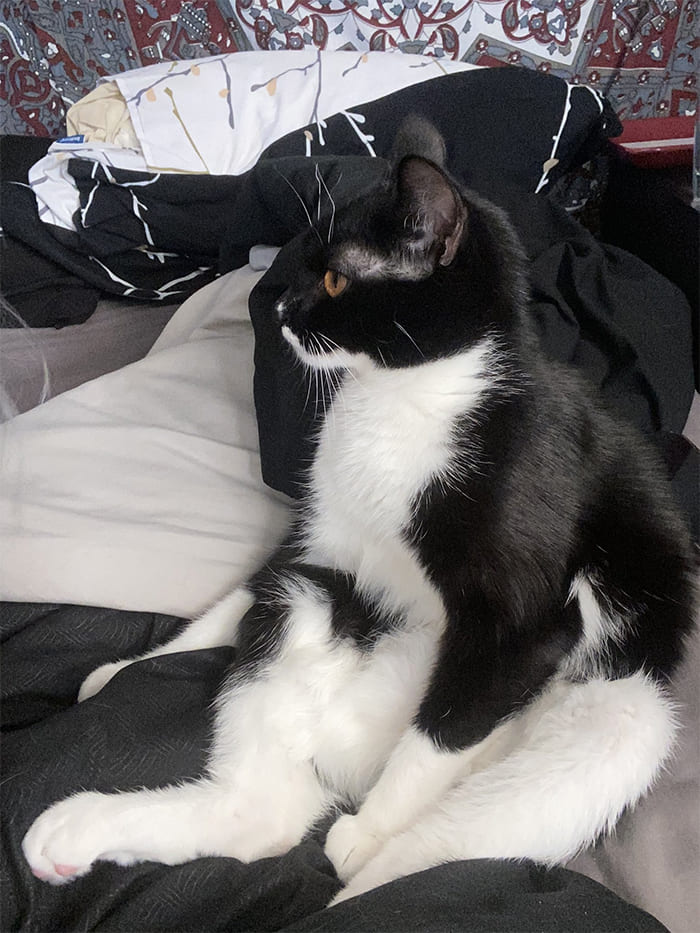 Where do these cats come from?

5. This is the most awkward pose I’ve ever seen! 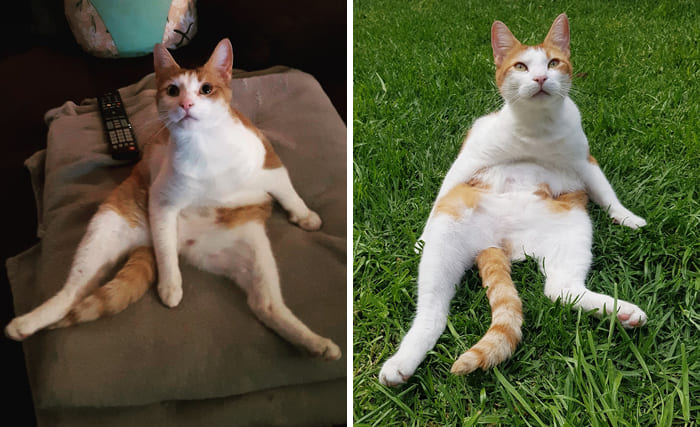 And certainly one of the most hilarious one too!

6. This one here can tell your future. 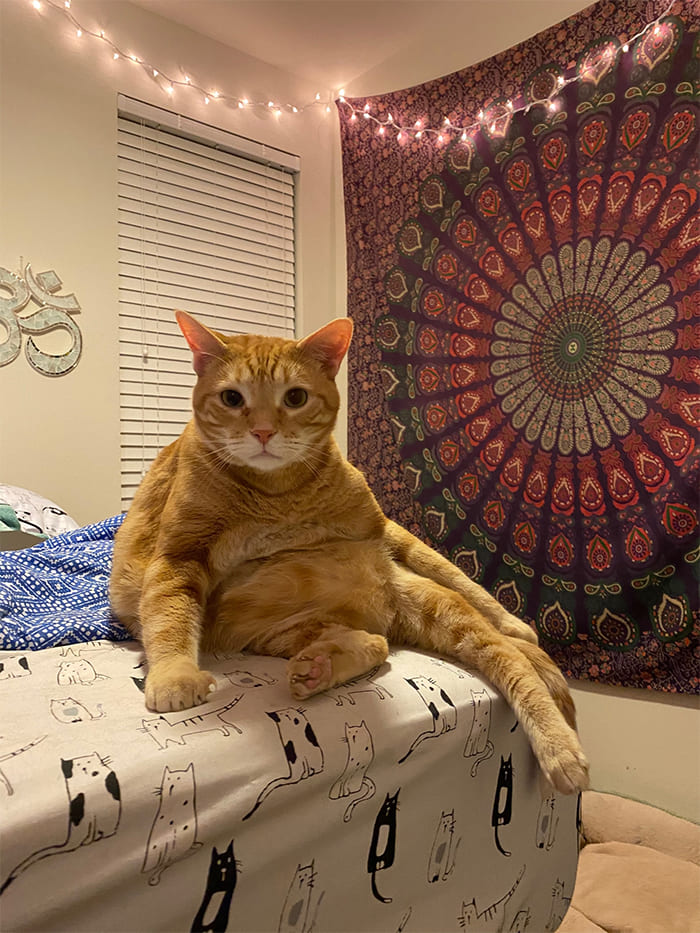 “I’m the fortune teller. Welcome to my crib.” 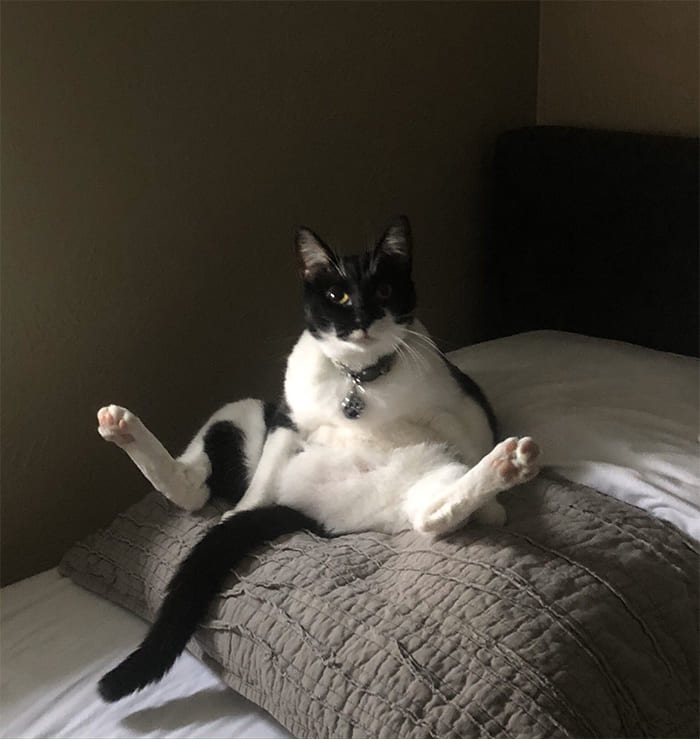 8. HAHA LOOK AT THAT LONG-ASS LEG IN THE FIRST PICTURE! 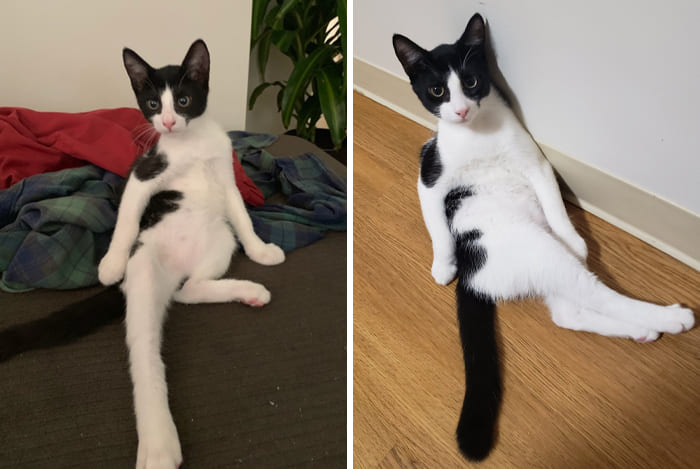 9. When you hear someone coming upstairs to your room while you’re chilling on the bed. 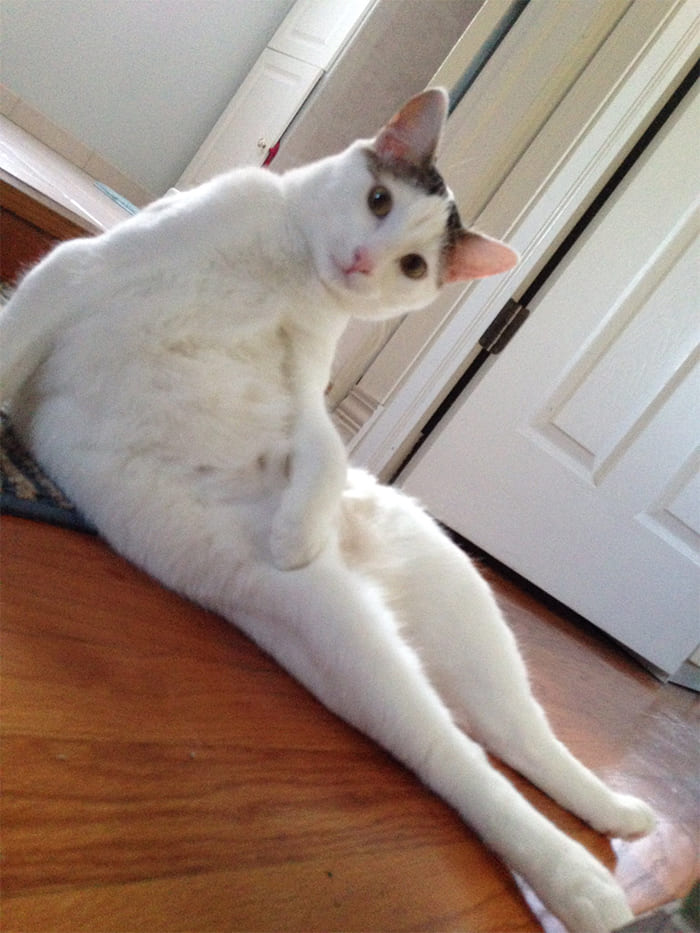 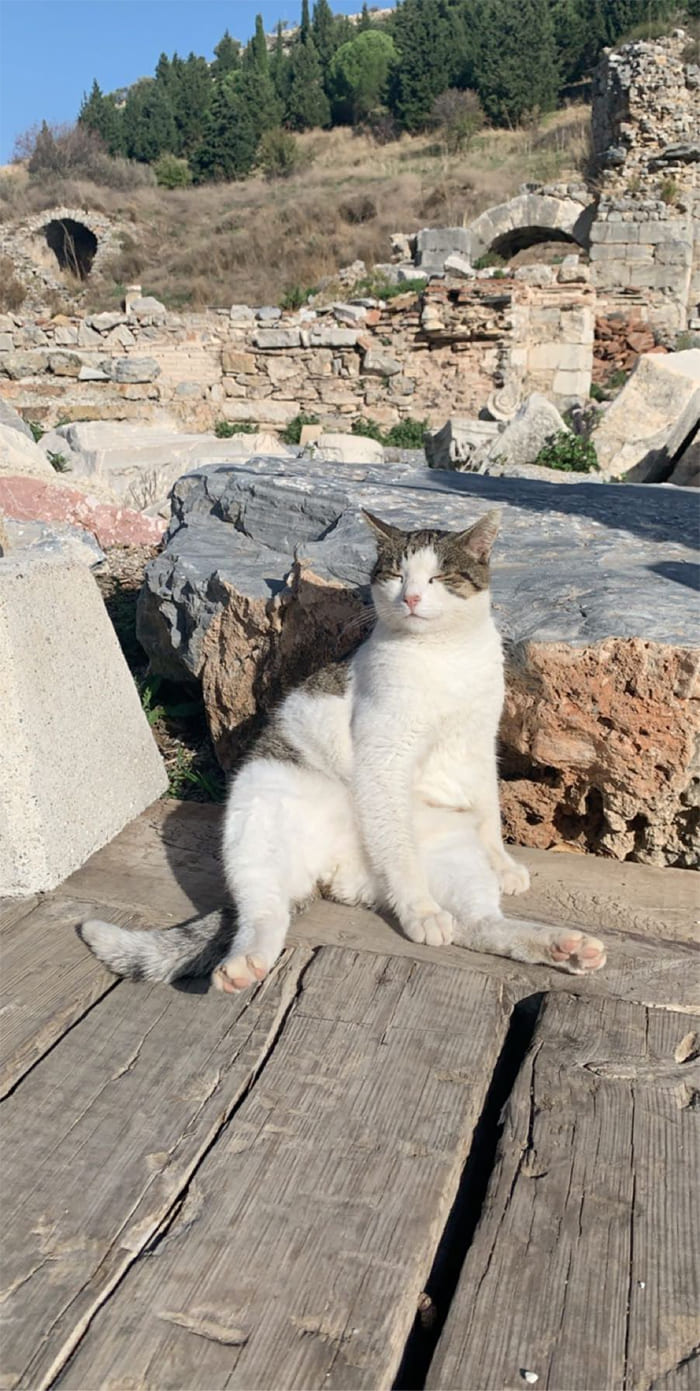 To capture these kinds of hilarious moments, you should always have your phone all ready to take a picture! Because the moment you would start taking out your phone, the cat will probably hear you and move from there. Luckily, these people were fast enough to capture their weird little felines sitting the weirdest positions ever! And no, it doesn’t end here, we are only halfway through, so, we suggest that you keep on scrollin’! 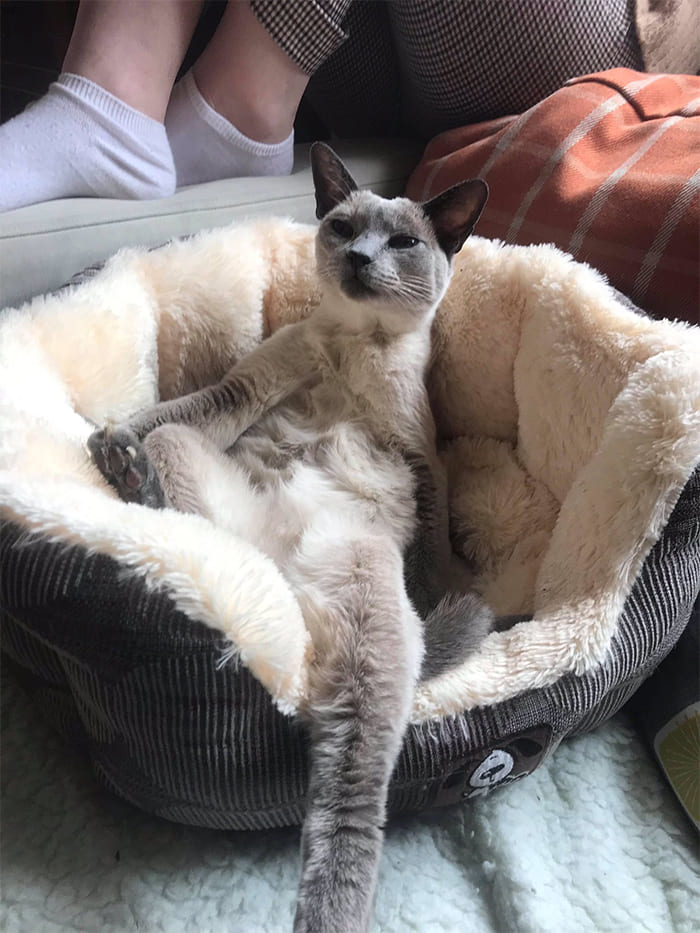 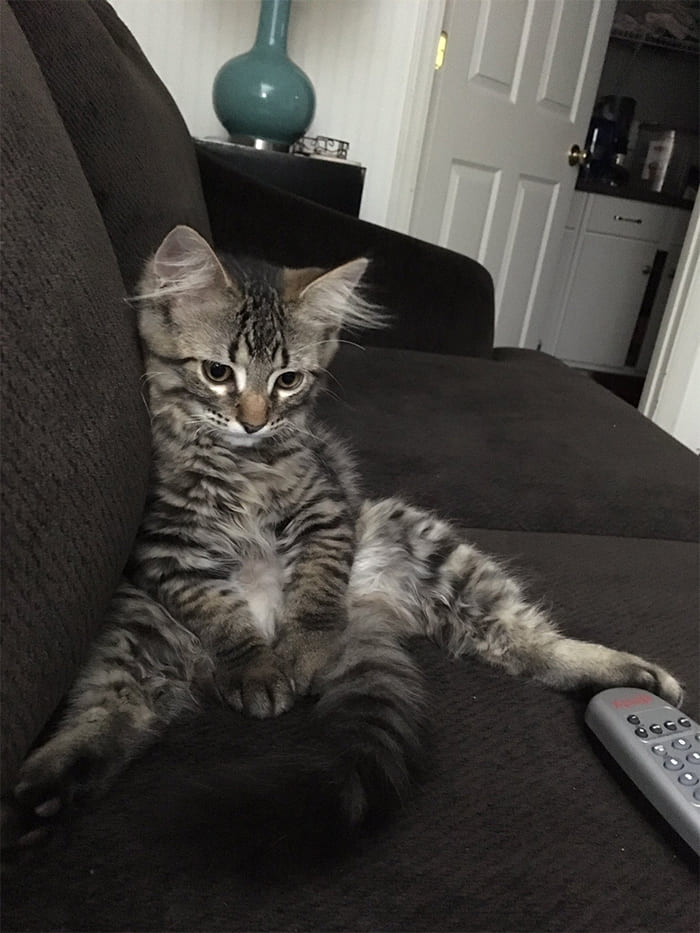 Awww… such a cutie! 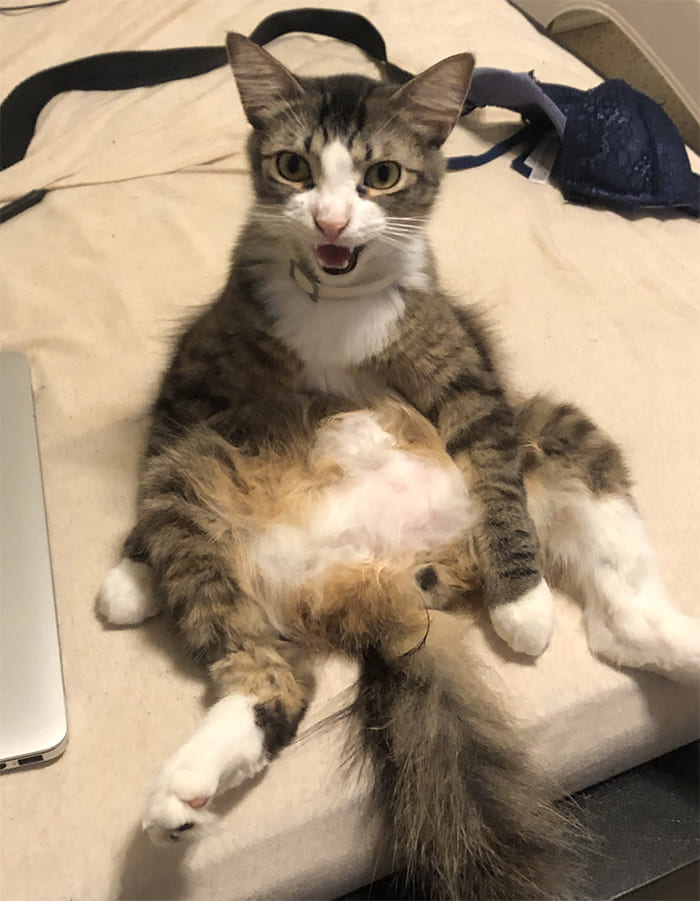 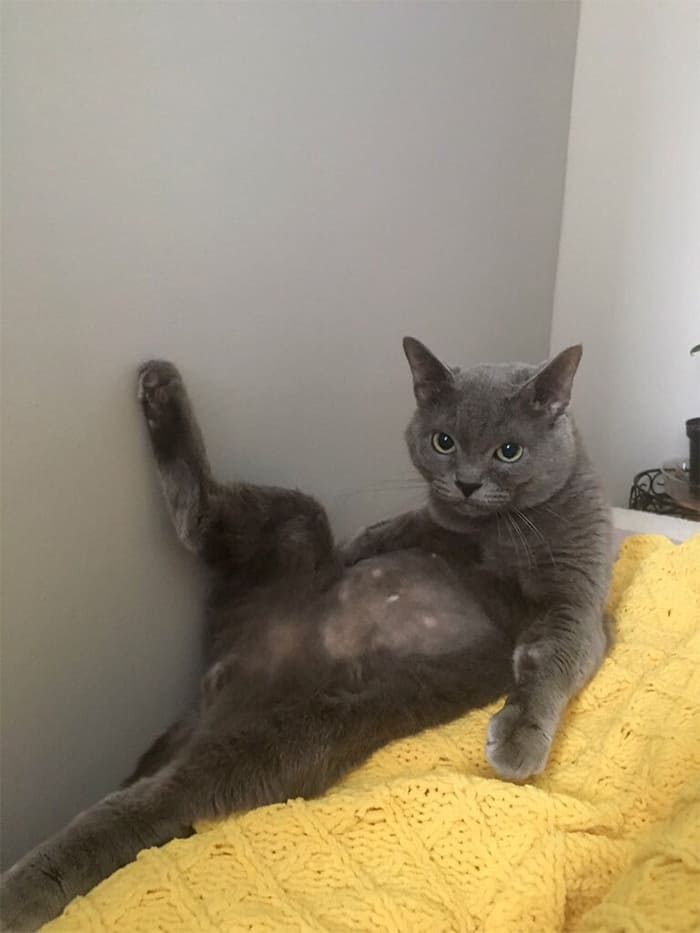 “I am bored. Have nothing to do. Done being a cat” 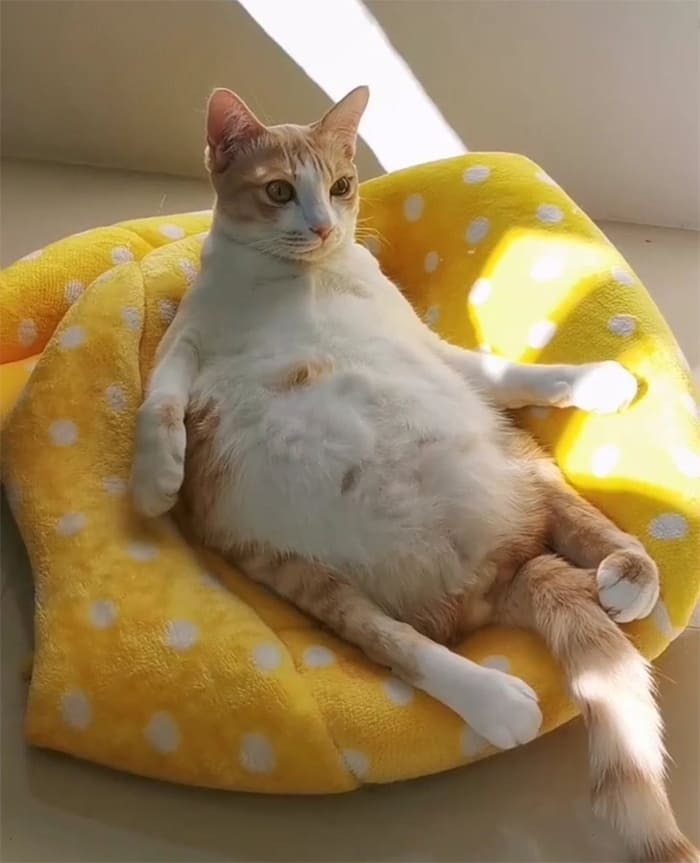 What have you been feeding him!? 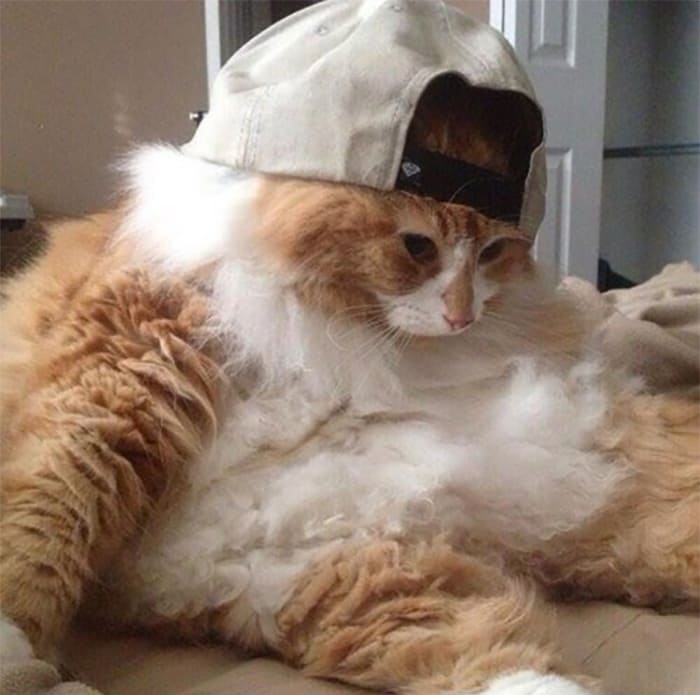 Such a cool kittie! 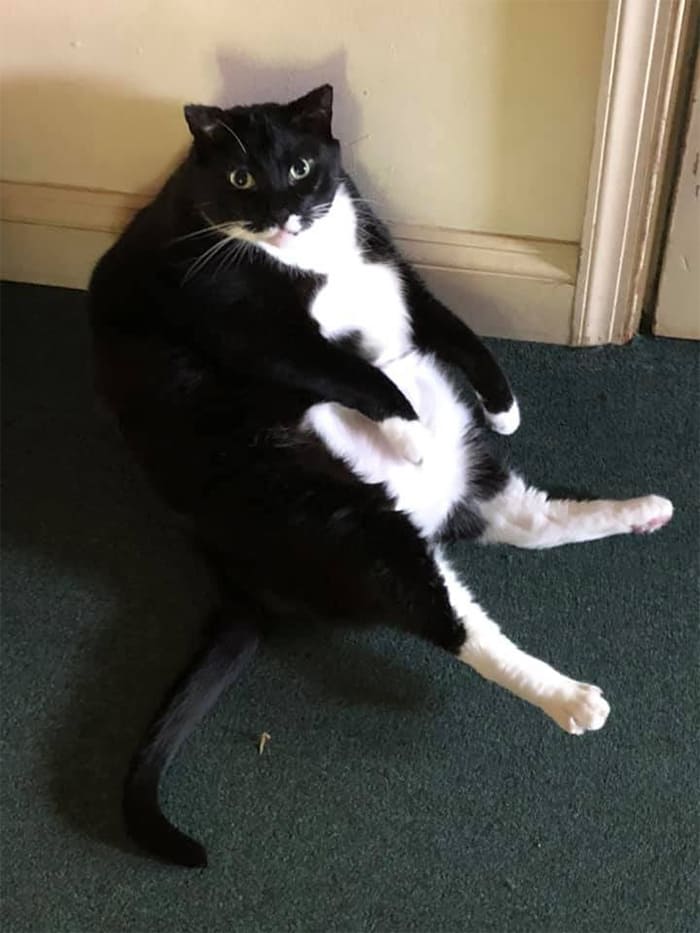 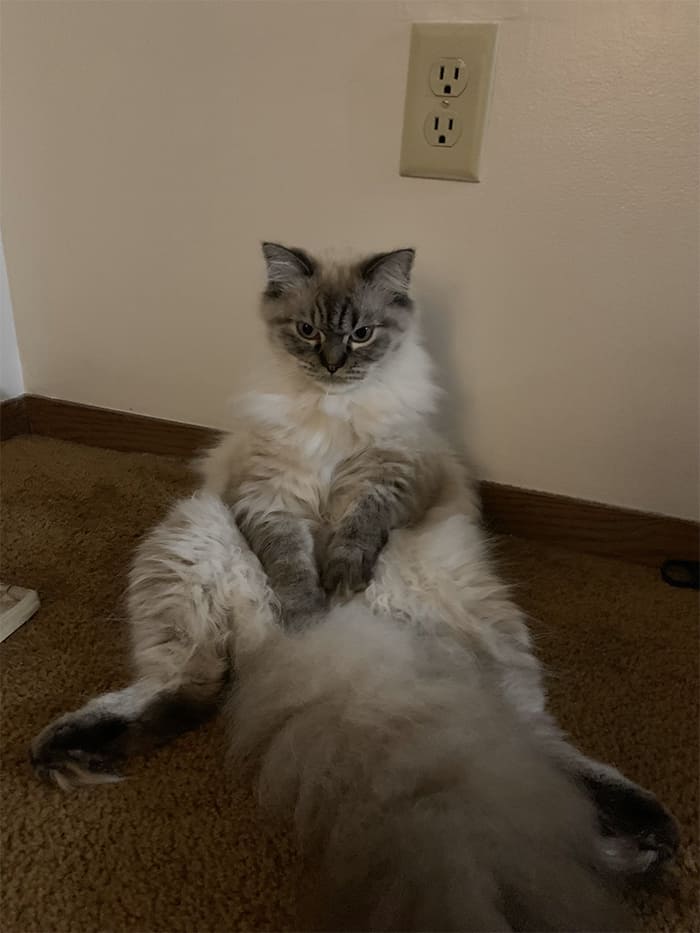 But so fluffy OMG!

19. Ahem… this one has probably seen something which he wasn’t supposed to. 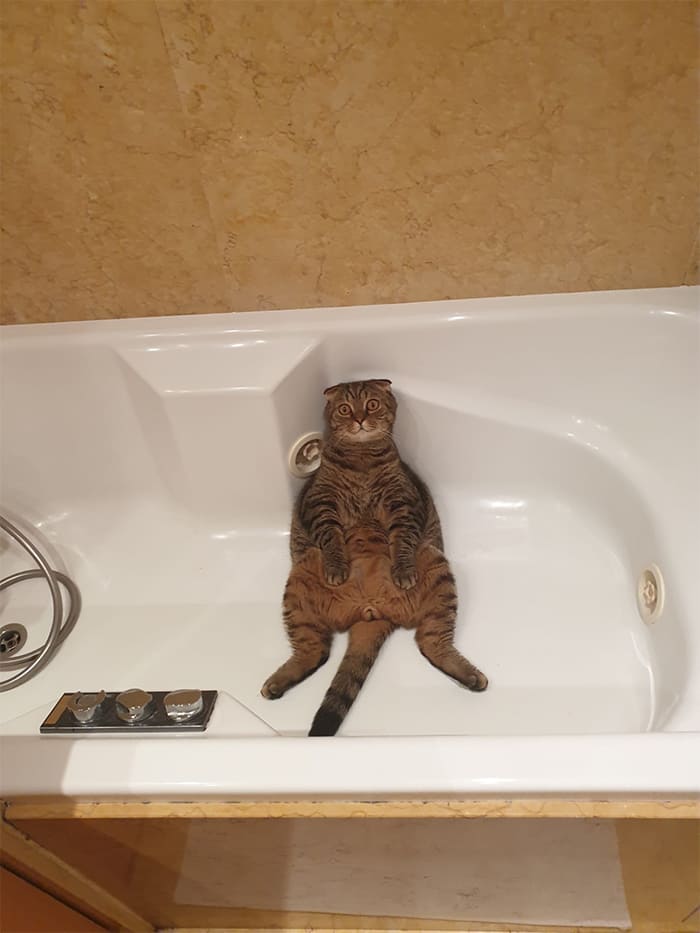 “I shouldn’t have been in here”

20. My idiot cat does this so often that my fiance had a necklace made for me of his signature pose 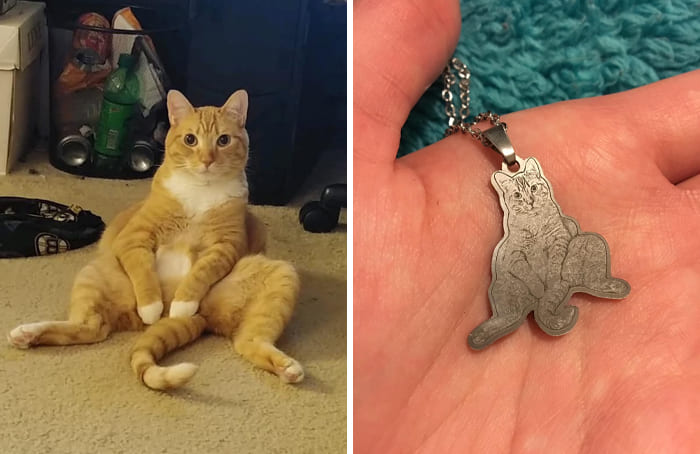 Advertisement
Your fiance is surely a keeper, lady!

So tell us, how did it go? If you haven’t ever witnessed such weird poses of cats, then this article surely would have been a treat for you! But people who have seen their cats trying to sit like this, have you been able to capture any of those hilarious moments? If so, we would like you to share those pictures with us into the comments section below!